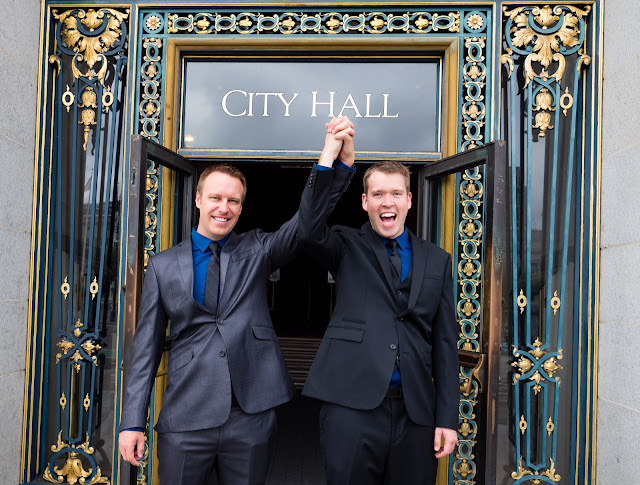 I've covered two San Francisco City Hall weddings (and a non-wedding photo shoot for Daily Kabob) but this one was an extra special treat. 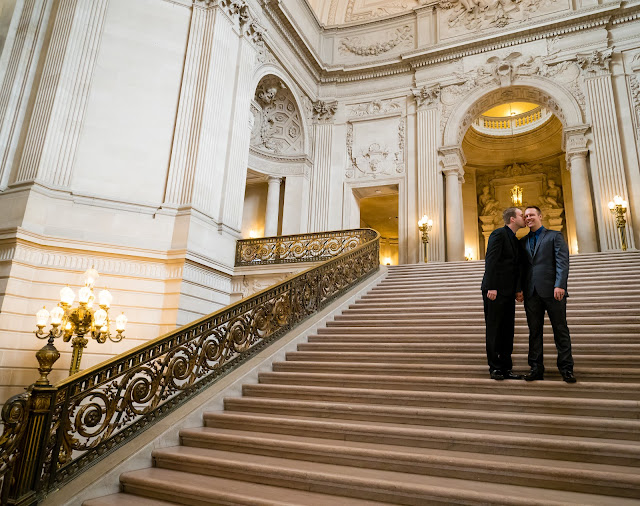 When my cousin and his fiance, Kyle first became engaged, I offered "I'd love to cover your ceremony, I don't want to cover the reception." Ceremonies are so visual and emotional, receptions really just need a handful of photos that sum up any speeches or dance parties and I wanted to be participating in the dance party (and hanging out with other family and friends). Not working but rather workin' it. 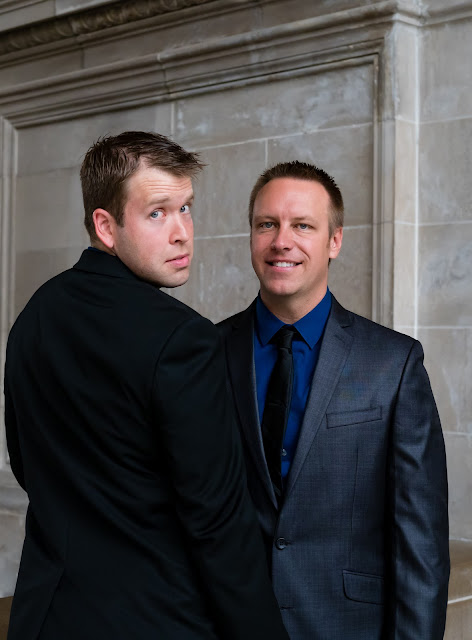 As they planned, City Hall would be a small gathering with just their friend Stephanie and my parents as witnesses, and then Saturday would be the big dance party at a generous friend's property in Truckee. 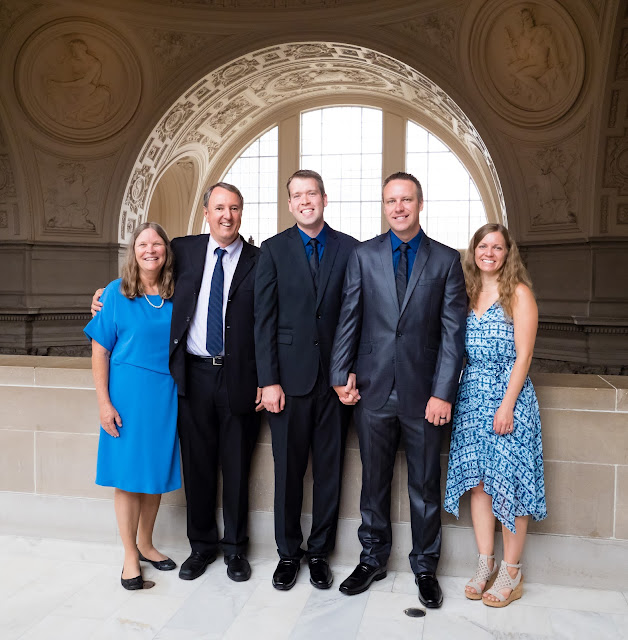 My experience so far with city hall judges, they are AWESOME! They have all been super friendly and sincere, not making you feel like they do this is every 15 minutes and you're just another duo on the docket. 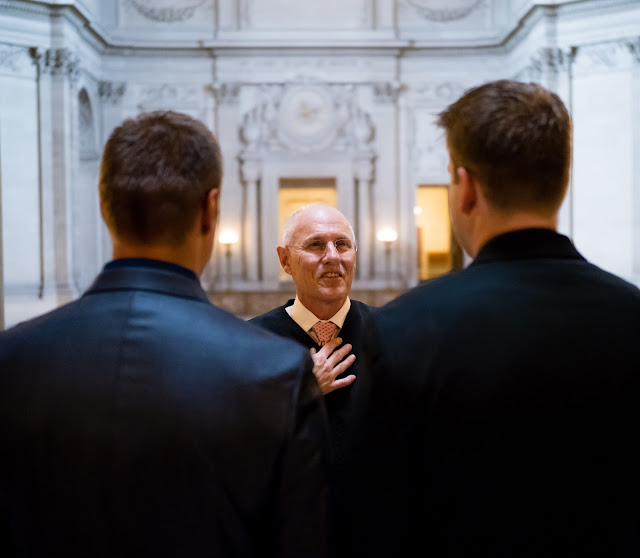 Matt was feeling bashful, but we did convince him to take a few photos afterward. 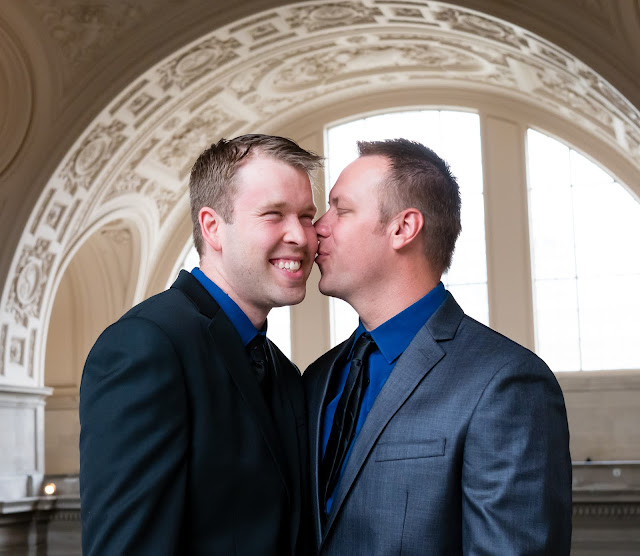 When we went outside (pro tip: if you ever shoot a city hall wedding, don't get so caught up inside city hall that you forget to take advantage of the plaza) and they were being goofy in the trees my mom playfully commented "they look like little fairies"... before realizing that coming from anyone else, that would be extremely offensive to a gay couple. Matt and Kyle laughed it off, knowing my mom, knowing how supportive she has been of their relationship. 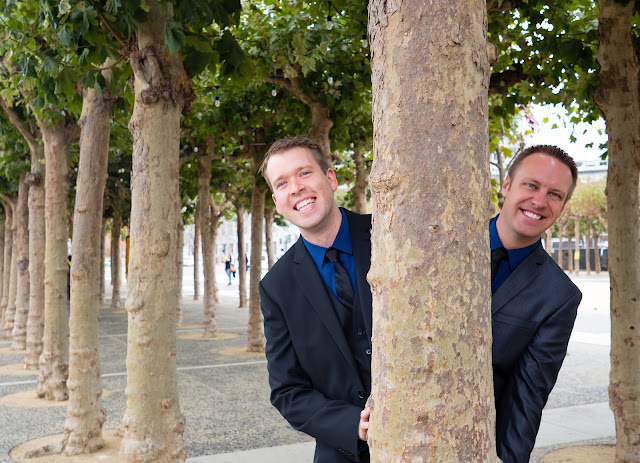 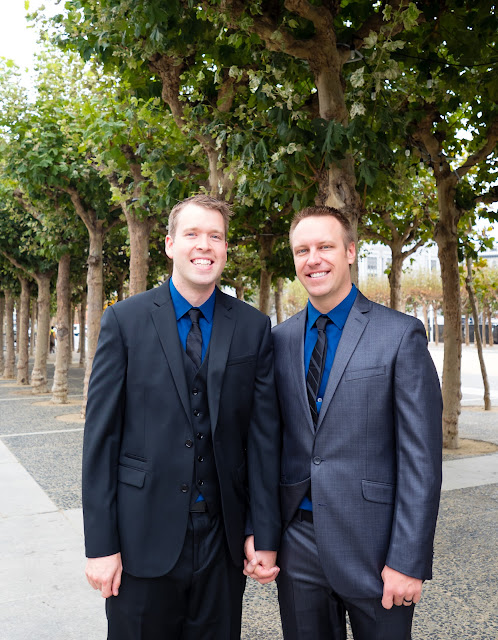 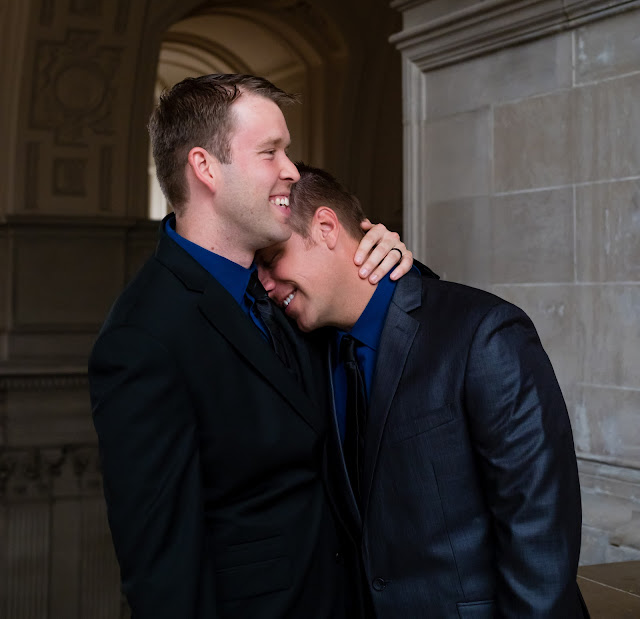 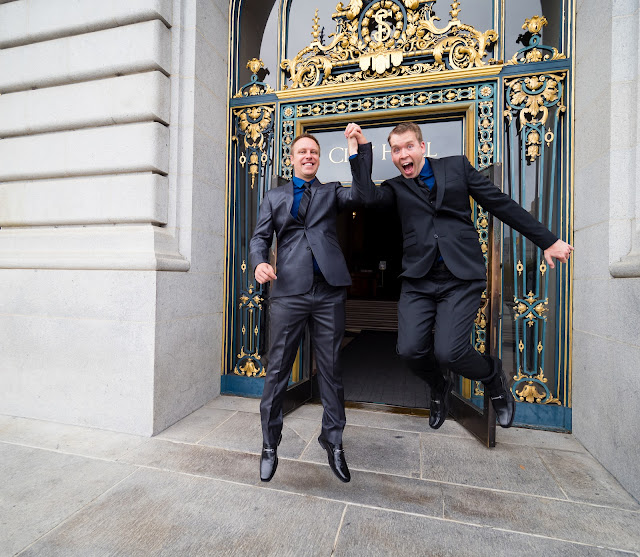 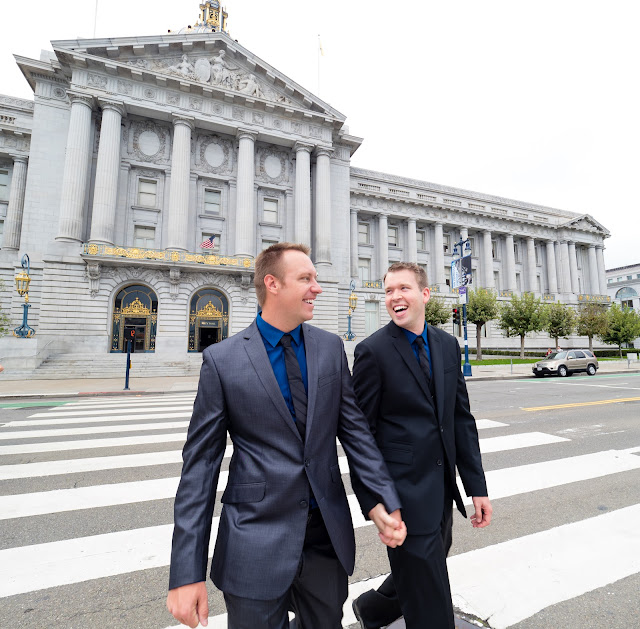