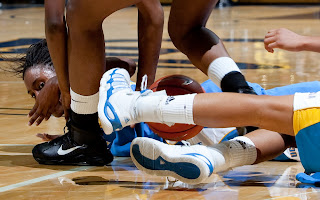 Yikes! It has been too long since I've updated. The days kept getting away from me! 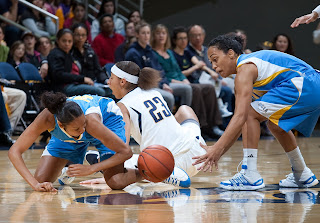 Saturday headed to Haas for Cal Women's Basketball vs UCLA. Was a tough game to watch to say the least. The first half ended at 14-8... no joke. It tied the NCAA record for lowest combined scoring half =( 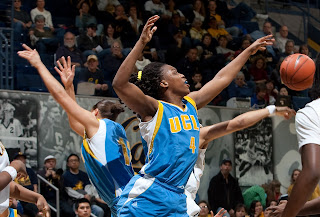 The second half had more scoring but still didn't turn out well for Cal, ended at 32-44 loss. Was a pretty sloppy game. Lots of flailing bodies and falling on the ground trying to get the loose ball. 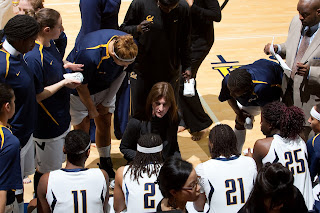 The one good thing to talk about during the game... Cal Women's Head Coach Joanne Boyle and her staff decided to coach without any shoes on for bearfeet for bare feet. It was a fundraiser initiative to raise money for shoes as well as awareness of foot-borne diseases due to lack of shoes. The UCLA head coach also joined in the good cause too! 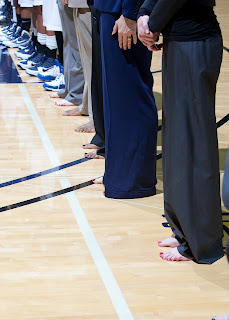 Also, congratulations to the Saints for their impressive Superbowl victory. What a great game! Was tough for me to decide who to root for. Colts right guard #66 Kyle DeVan is from my hometown, Vacaville, so I was glad to see Manning never got sacked (even if DeVan was the first foul of the game for false start :-/ ) But I am very happy for the Saints, it means so much more than a victory to them and their community. Plus my sister is headed to New Orleans Thursday, now it will be a huge celebration!!!
at February 08, 2010
Labels: Cal Bears, GoldenBearSports, NCAA