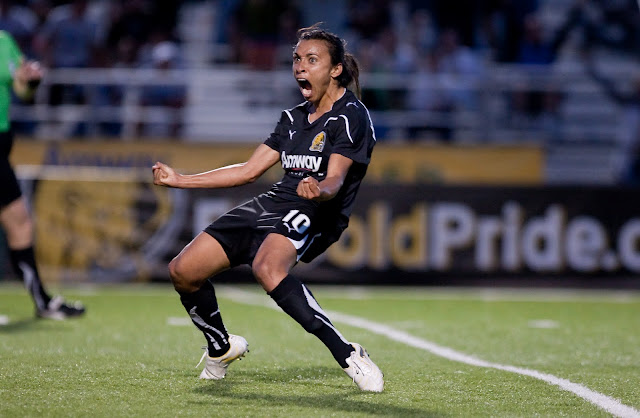 Woo! One of the most exciting games I've ever seen. #1 FC Gold Pride vs #2 Washington Freedom. The game ended with a 1-1 tie to keep Gold Pride at the top. But WHAT an exciting game. If you count shots on goal, it was 18-10 Gold Pride. 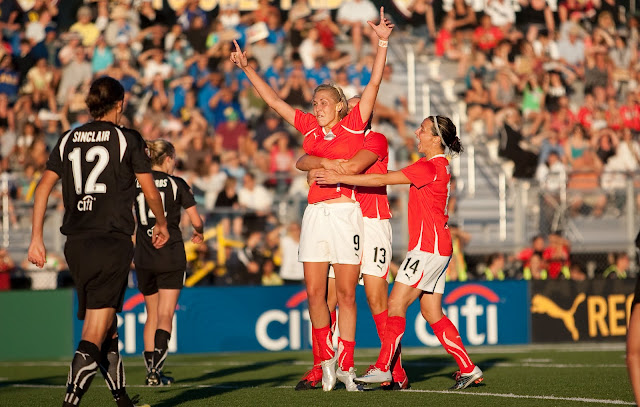 Freedom took the lead in the first half after Allie Long's 38th minute goal. But Gold Pride wanted it BAAAD. Marta was playing with so much passion, screaming in Portuguese, and was absolutely amazing to watch with her breakaway speed and just general Marta-ness! She scored the equalizer and celebrated right towards me, it was so sweet! I'm sorry LA Sol went under but I am SO SO SOOO happy to have Marta playing in the bay! 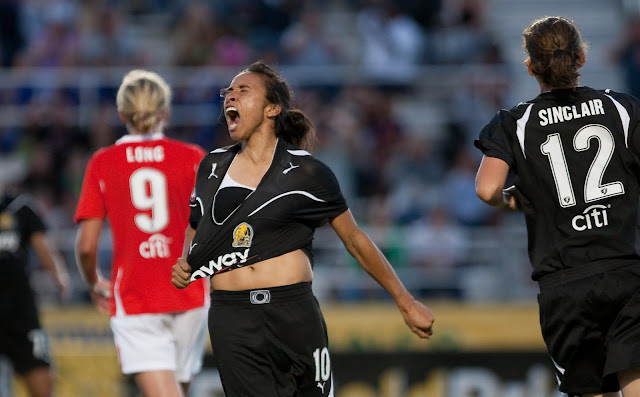 Also, awesome to see Shannon Boxx get the start. Her skill level, leadership, and knowledge of the game really shows when you can place her on a brand new team, with only a few players she's played with before (either US Women's National Team or WPS) and she can still have a great game. 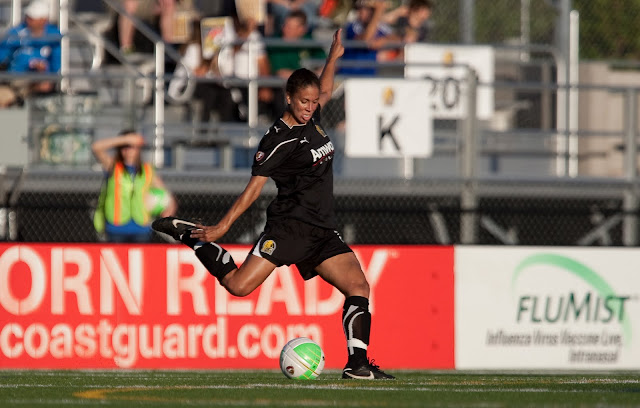 Was the last game for Gold Pride at Castro Valley High School Stadium, next week they head to the brand new stadium at Cal State East Bay. But CV has treated them nicely, great crowds and undefeated at home this season!

In all the excitement of the game, forgot to mention how awesome it was to also see Abby Wambach play, she's hard core, and I wouldn't go near her on the soccer field, but she is great to watch. WPS is really the premier league for women's players and I'm so happy to be a part of it as the league is in just it's 2nd season! 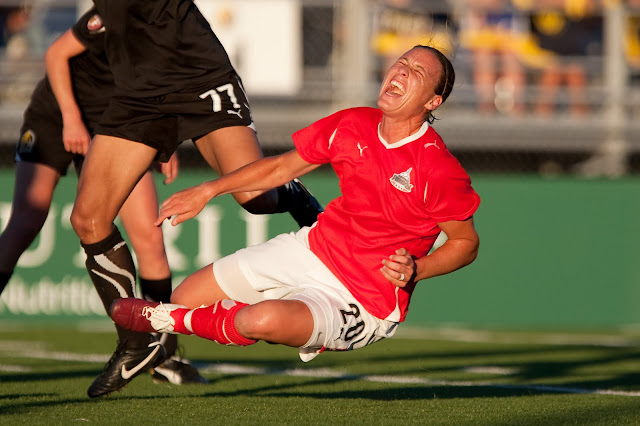