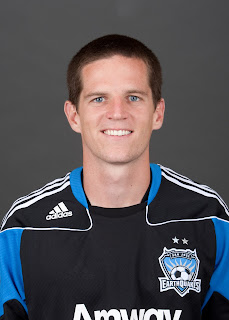 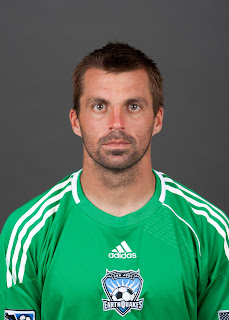 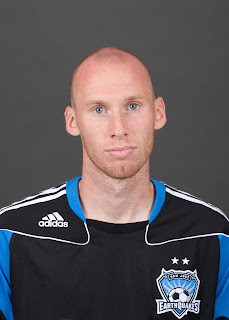 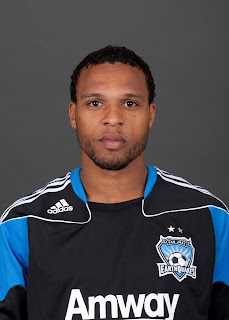 Tim Ward and Scott Sealy
First had to stop by Palo Alto to pick up the grey background I had used last time so the head shots would match the current set. And on the way, walking around in a suburban area of Palo Alto... Steve Jobs! Just going for a leisurely stroll with a friend. He was easy to spot as he was wearing his famous jeans and black turtleneck! Since I already have a photo of him from 2007, I didn't bother turning around, pulling up really slowly and turning his own device (iPhone) on him. haha. 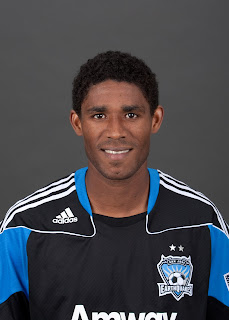 Khari Stephenson
Anyways, head shots went well, got all 5 guys we needed. Even a quick peak at the newest Earthquakes Tim Ward and Khari Stephenson. Look for them (and my earlier ones) on the video board at games when they introduce players, as well as the game day guide =)