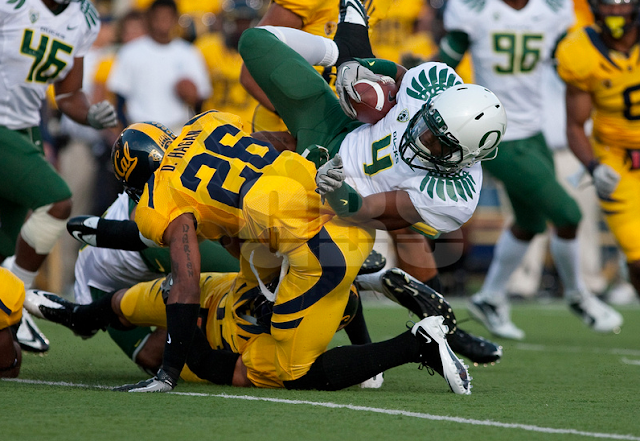 How many times can you photograph the #1 ranked team in the country? I had the opportunity this weekend. And unfortunately, that #1 team defeated my Cal Bears 15-13. Was such a great game though. 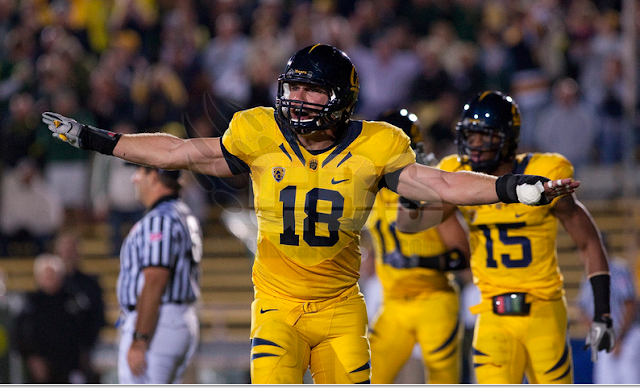 It was a little crazy because there are 4 GoldenBearSports.com photographers, usually 3 attend per game, including me. Plus there's a Cal staff guy and a volunteer guy who both photograph and they were ALL gone for various reasons. So I was the only photographer at the game which could have been a HUGE upset. Even Sports Illustrated sent two photographers (Peter Read Miller and John W. McDonough [assisted by Shawn Cullen]) each with an assistant! Unfortunately, it didn't go that way, but was a great effort by Cal! 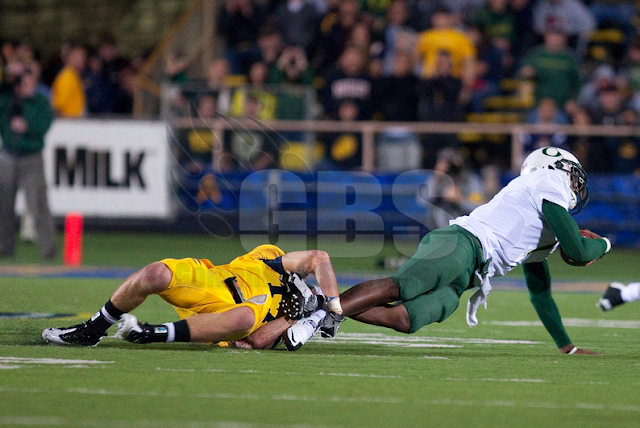 We were even the first to score somewhere in this mess 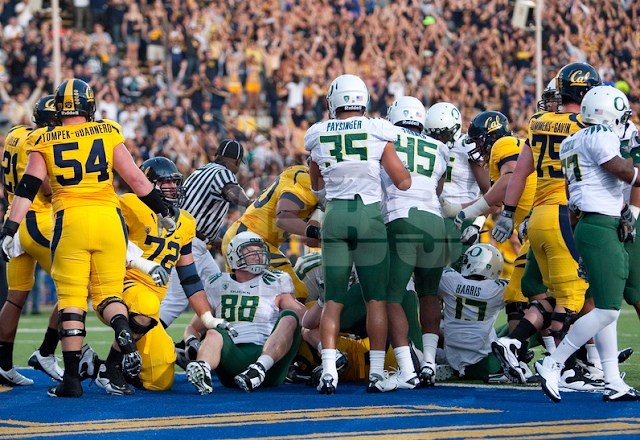 Needless to say, the defense was AMAZING!! 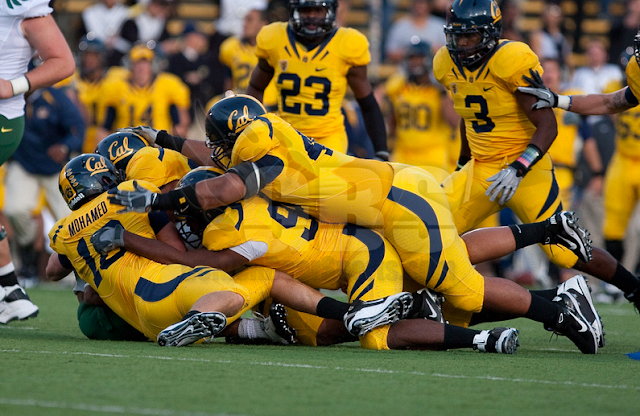 There was a bit of a glitch with Giorgio Tavecchio taking an early step on the field goal attempt and after the penalty and 2nd attempt, he missed... nooooooo!!! That was early 4th quarter and I thought there was still a chance, but game ended 15-13. 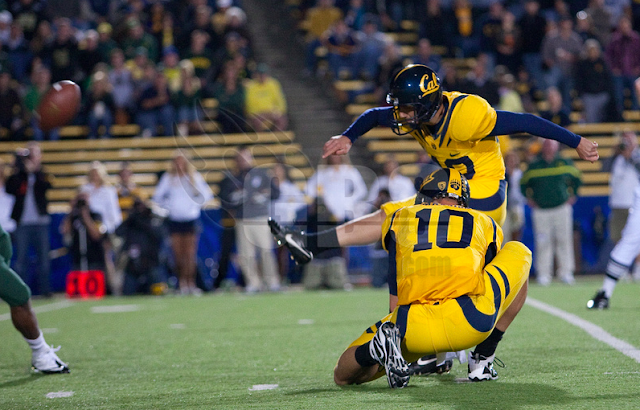 To rub it in, my parents are gone in New Zealand so they gave their tickets to Kevin and Kevin's brother... and they showed up in Oregon gear! And yes, this is the same Kevin who was decked out in Cal gear the previous home game, so fickle ;-) 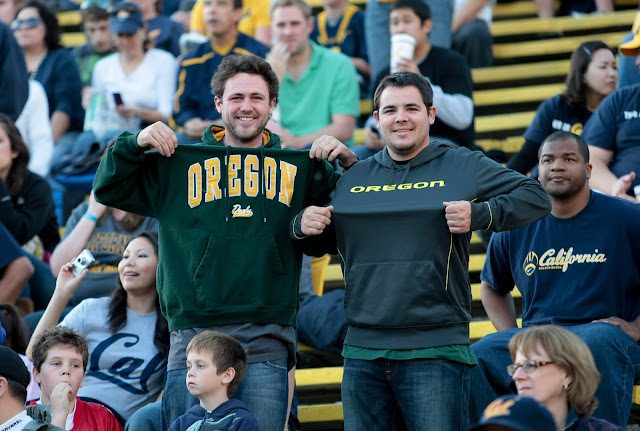