Phillip Glashoff at the Nut Tree 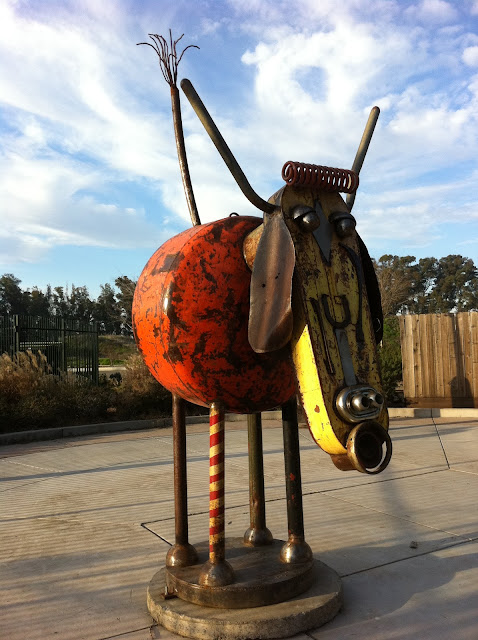 For those who don't know, I was raised in Vacaville, California! Vacaville was founded by William McDaniel as part of the 1843 Mexican land grant Rancho Los Putos purchase from Manuel Cabeza Vaca, hence Vaca-ville. Named after the man, not the cow, thank you very much ;-) 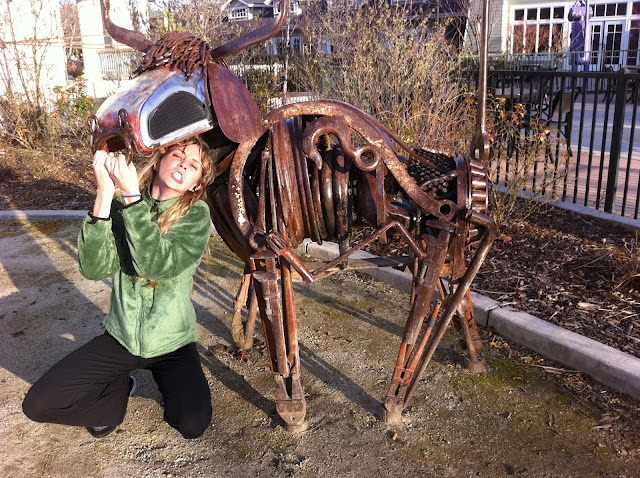 Vacaville became famous as a stop on the Pony Express and for "The Nut Tree" a fruit stand which grew into a restaurant, bakery, toy shop, railroad, airport, and main attraction to Vacaville. It closed in 1996, but I still remember going to the pumpkin patch and riding the hobby horses as a little kid. 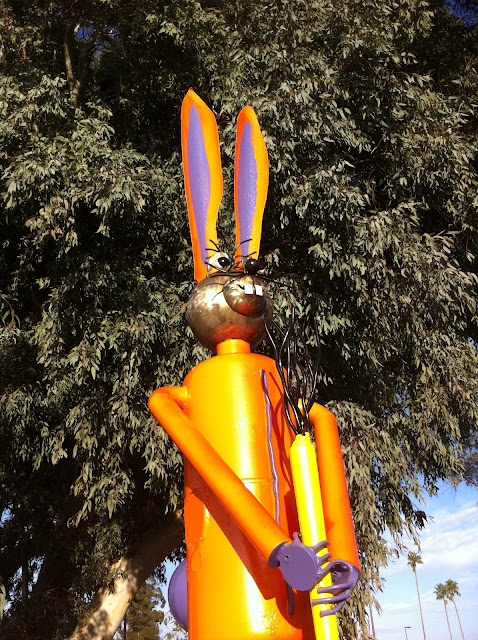 Now, it has been redeveloped, boasting a BestBuy, BevMo!, Sports Chalet, and other chain retailers. Though a far cry from the place once visited by the likes of Queen Elizabeth II, Richard Nixon and Bing Crosby, it still has space dedicated to recall the good ol' days and tries to maintain some local heritage. 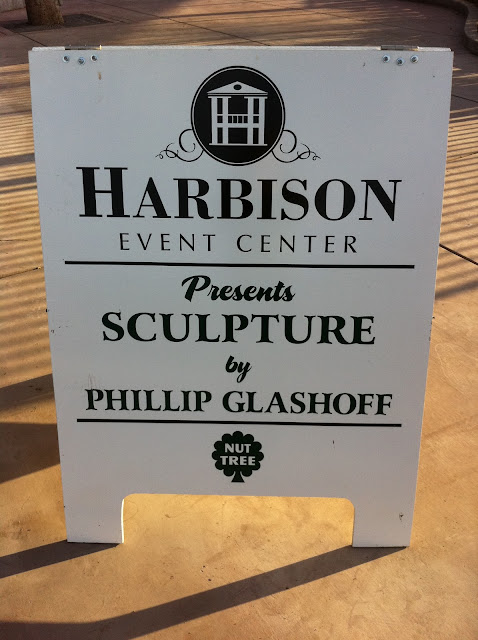 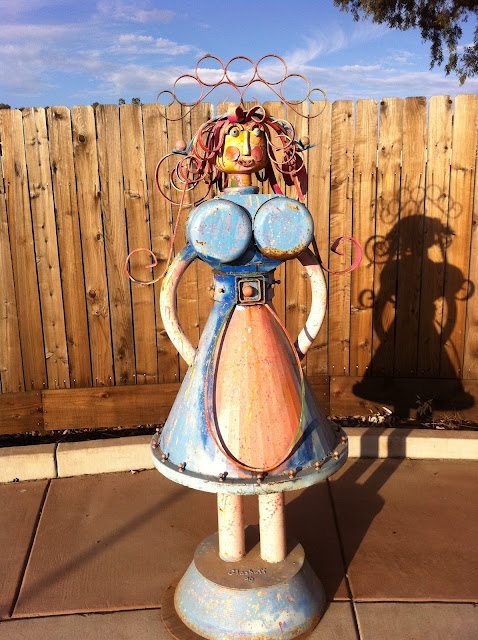 Though I only had my iPhone with me, I accompanied my mom and had some fun. Gotta love free art by a local artist! 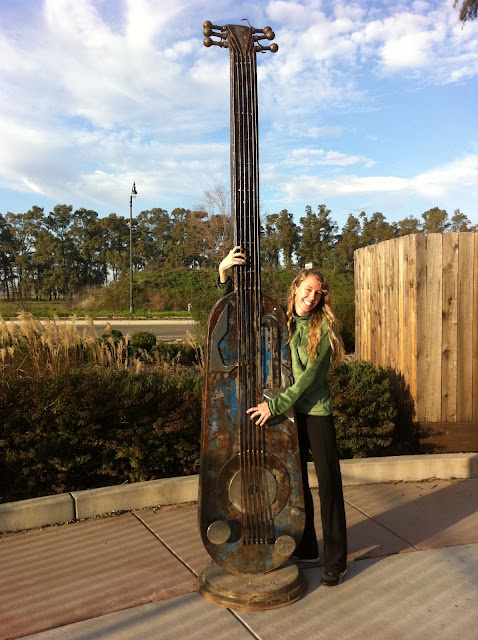 Fun trivia, Glashoff used to work at the Nut Tree in it's "hay day" just after he graduated college! 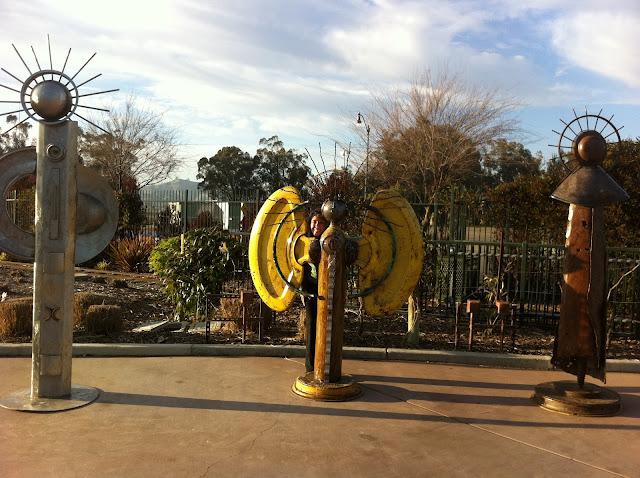