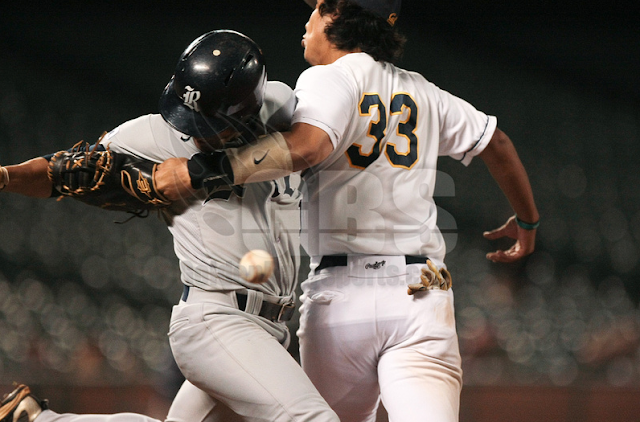 Headed over to AT&T Park for Cal Baseball vs Rice. 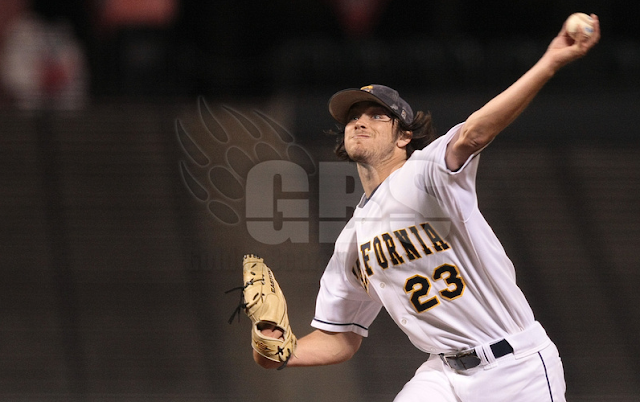 During the Women's Crew head shots, the baseball SID stopped by to check if anyone from GBS would be interested in shooting any of the Cal Baseball games at AT&T Park this weekend. I told him I would show for the Sunday game at 4 to avoid the dark (and cold) 7pm games. But then when I woke up Saturday it might rain Sunday, I decided to sacrifice my only free Saturday since the new year, to photograph some Cal Baseball. And I'm glad I did! 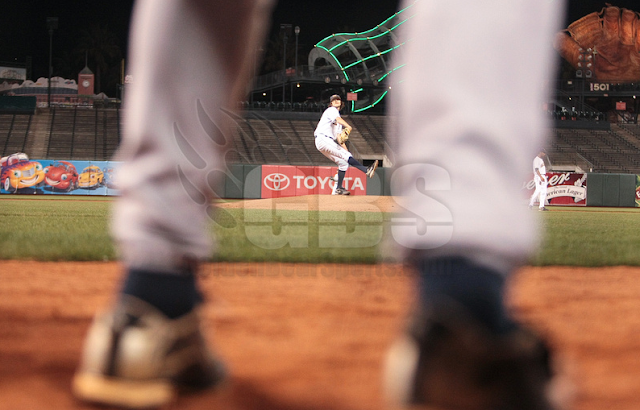 I'm not so glad I shot Saturday because it was an over four and half hour long game of 15 innings. But I am mostly glad I did because I was able to photograph a lot of different players, including three pitcher rotations... and after going down 6-1 in the 5th inning, and scoreless for 5 innings, Cal won! 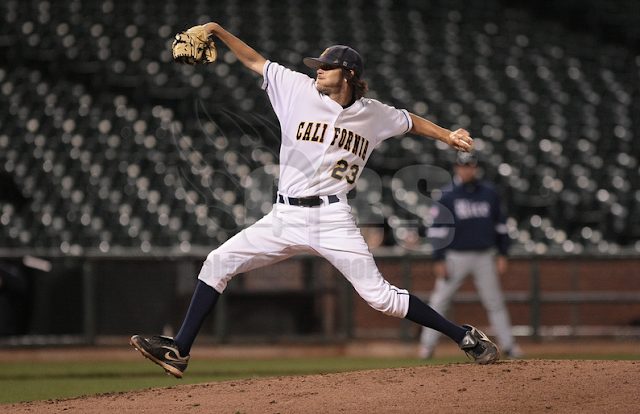 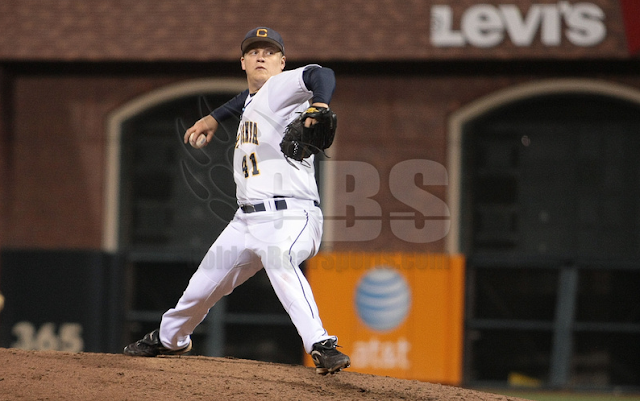 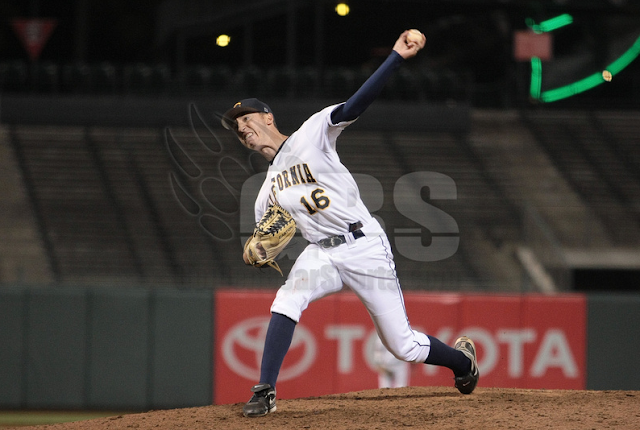 I showed up early for the great opportunity to photograph warm ups. This time allows me to 1) photograph some of the behind the scenes stuff like head coach David Esquer with his son, so cute! 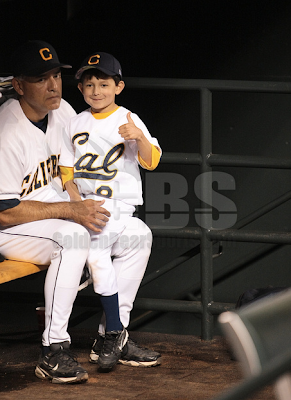 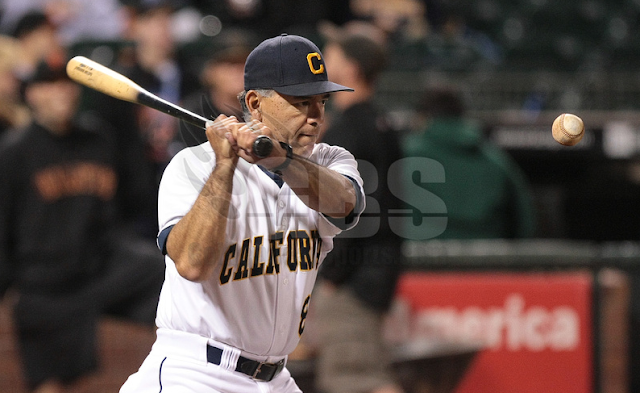 3) photograph from angles I wouldn't be able to access during the game, like 2nd baseman Marcus Semien straight on 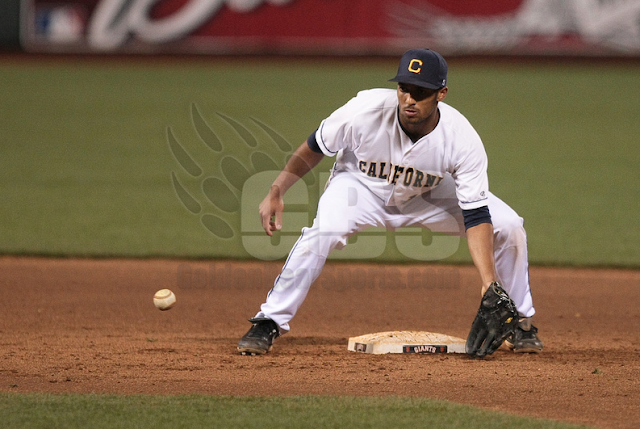 or catcher Chadd Krist close up 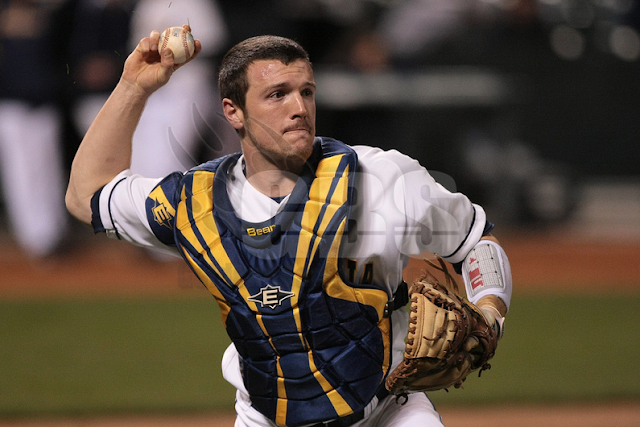 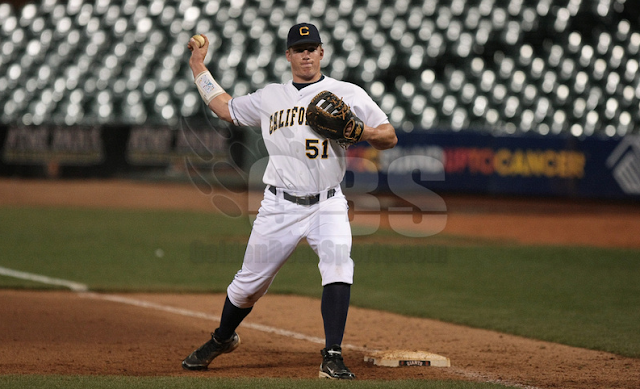 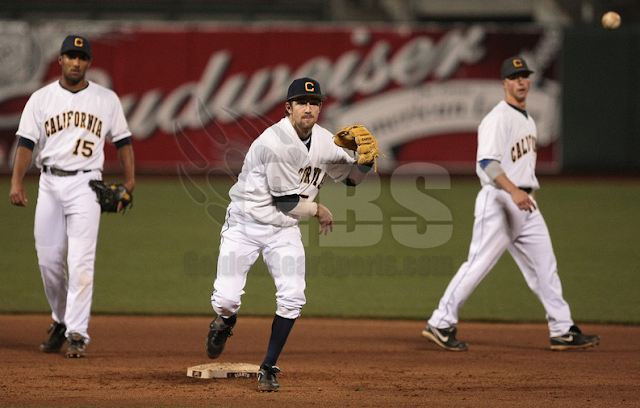 5) also gives me time to tweet photos from my iPhone of myself and have people guess where I am. Oh how I amuse myself...and enjoy festive shoes =) 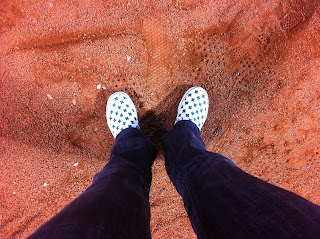 Cal Bear Blog writer, David Seawright, was there, tweeting and taking pictures to provide up to date score as well as behind the scenes photos. 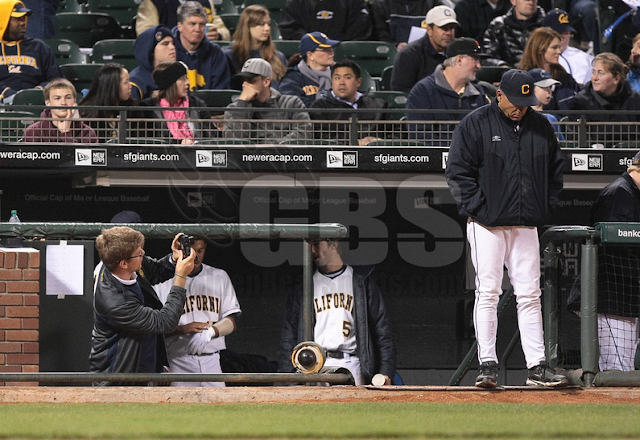 First baseman Devin Rodriguez got on base all five times up to bat, including three doubles... impressive! 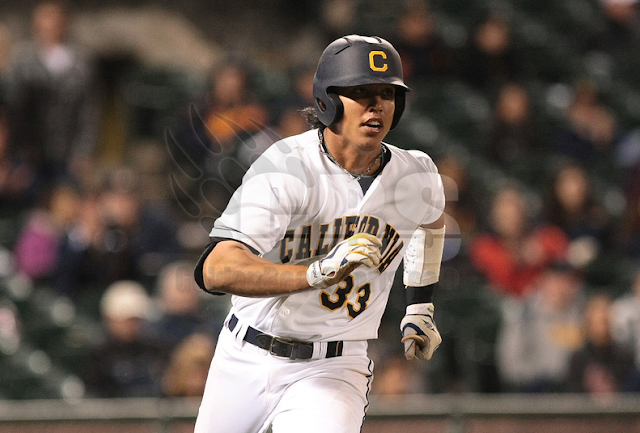 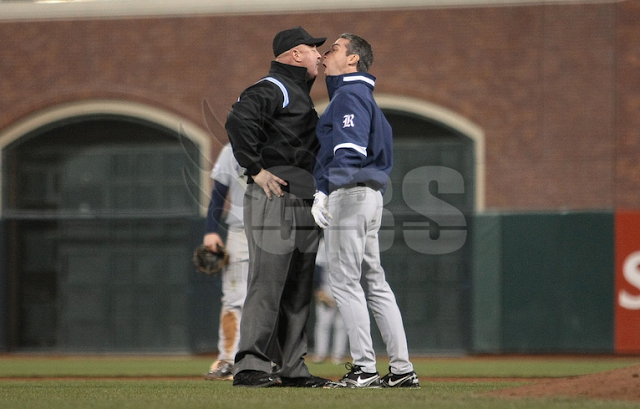 As it headed past 11:30pm, all the players took their jersey's and wore them like capes. New rally cap I suppose. 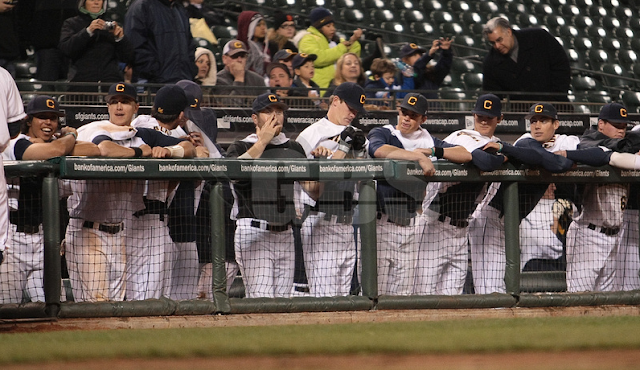 When Derek Campbell went up to bat, he took off his helmet and I thought, "Great! I'm going to get a nice feature photo"... but it didn't quite work out like I wanted. 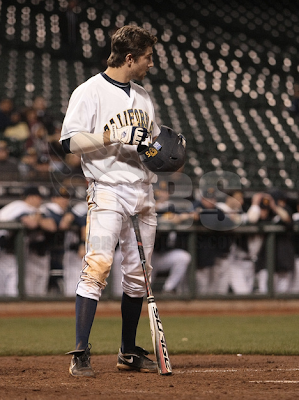 But it's ok because he had a great bunt in the bottom of the 15th. 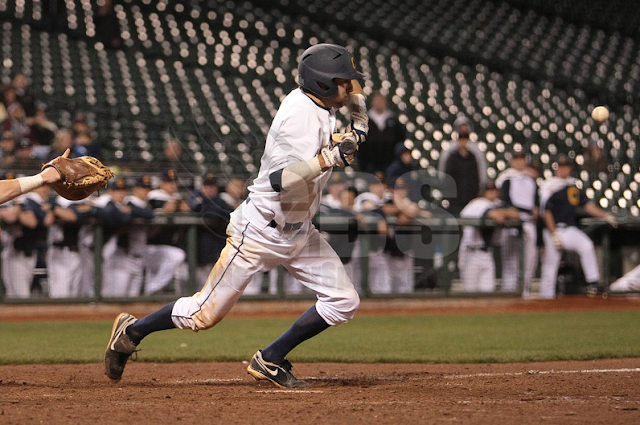 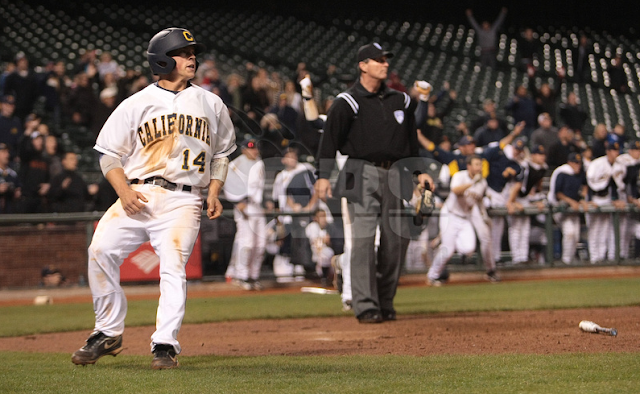 And Cal won the game. 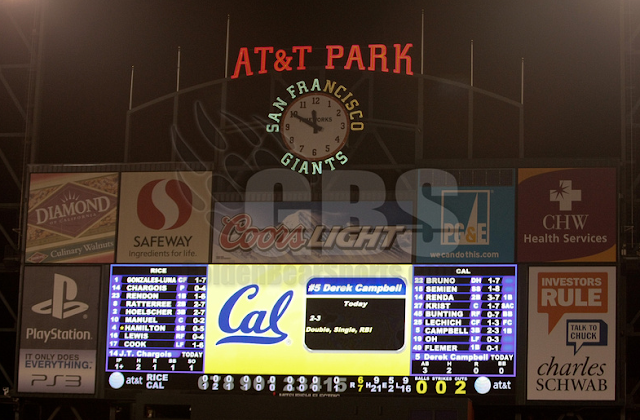 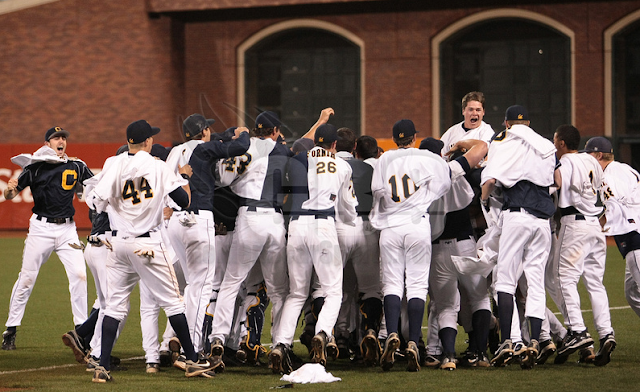 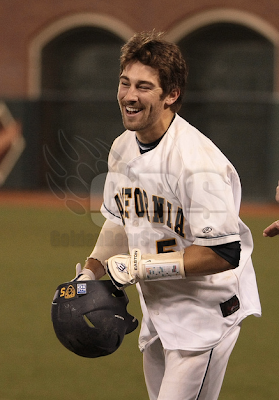 Hard to imagine this is slated to be the final season of Cal Baseball. Be sure to check out SaveCalBaseball.com