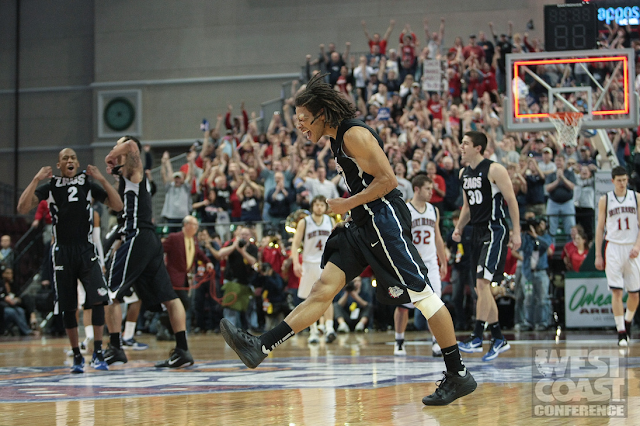 I had so many photos I wanted to share from this game, it gets it's own blog. 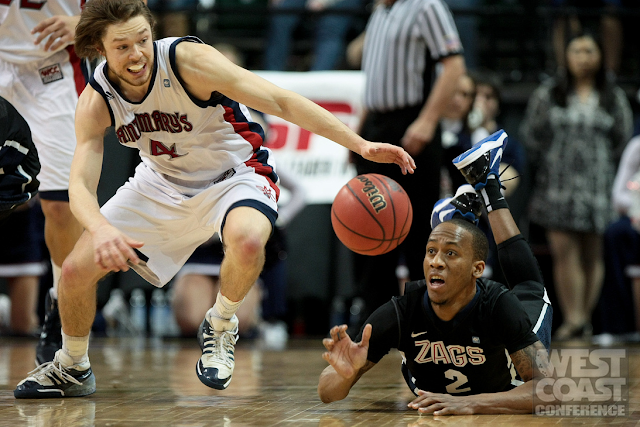 It was a packed house at the Orleans Arena. 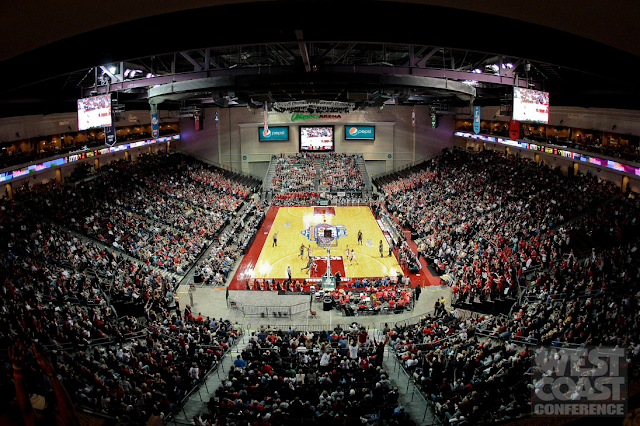 For the battle between Gonzaga and St. Mary's men's basketball for the WCC Championship. 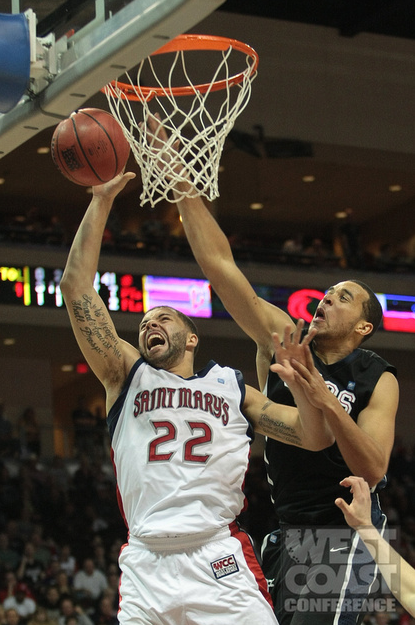 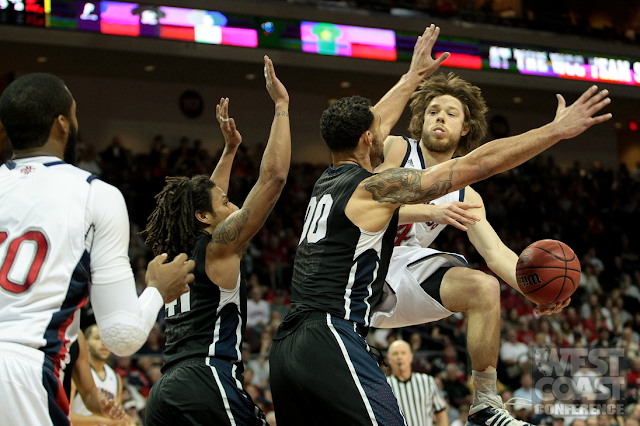 The Gael's had great the fan support. But the Bulldogs/Zags filled the arena.. and had the MOST impressive cheerleaders. (Note: Will do a full cheerleader blog later, SO looking forward to it!) 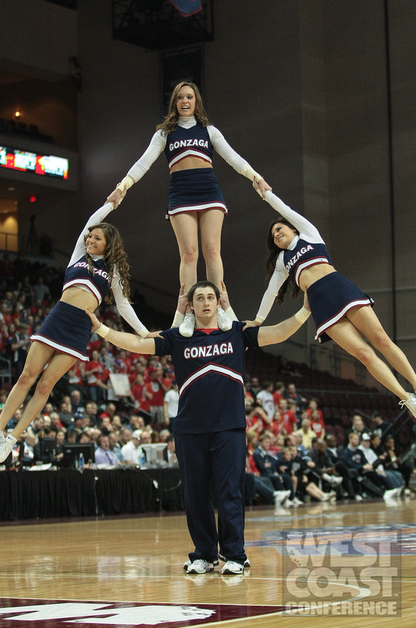 I almost got in the game too. Yikes! 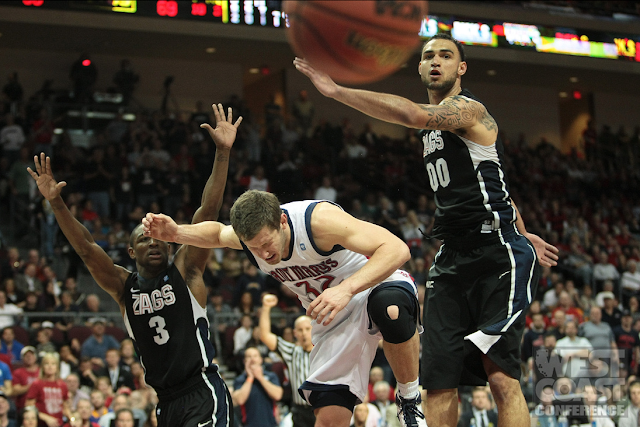 After a back and forth battle which eventually turned in favor of the Zags, the game ended 75-63. 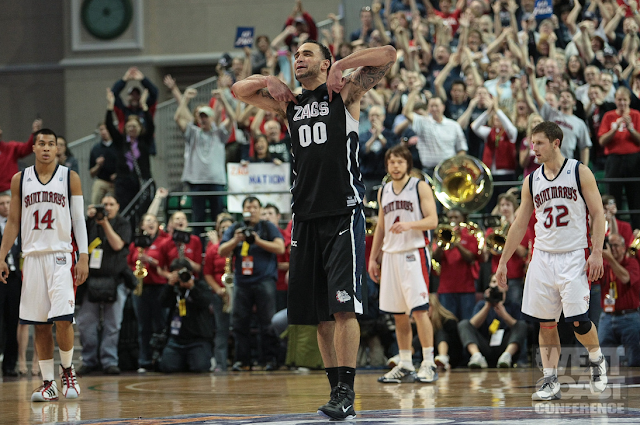 All the players celebrated with each other, family and fans. 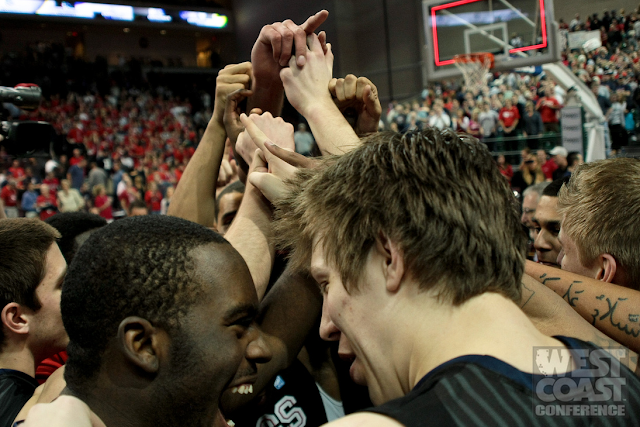 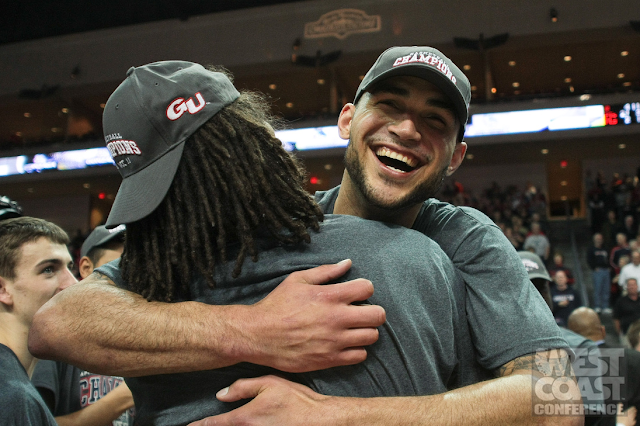 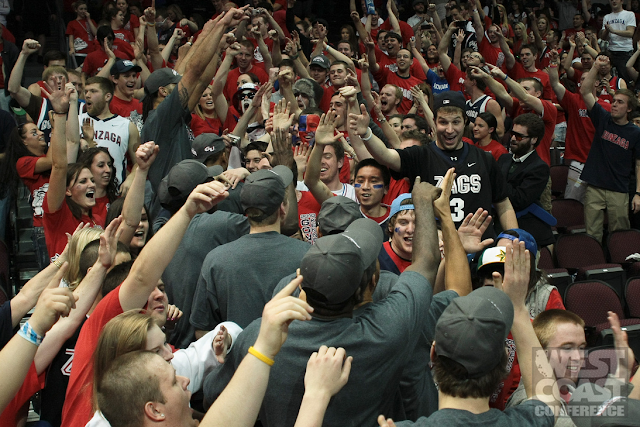 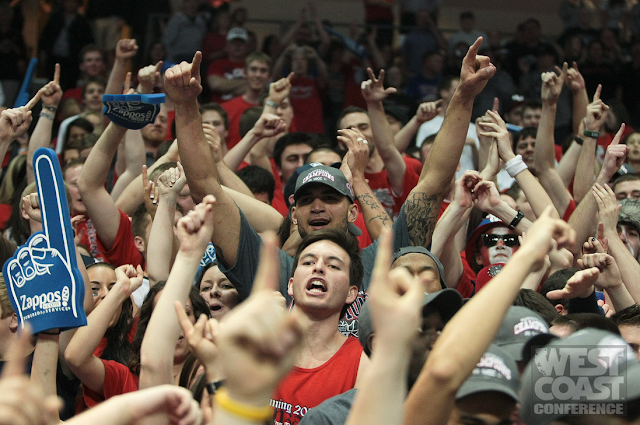 How cool must this coach's son feel? 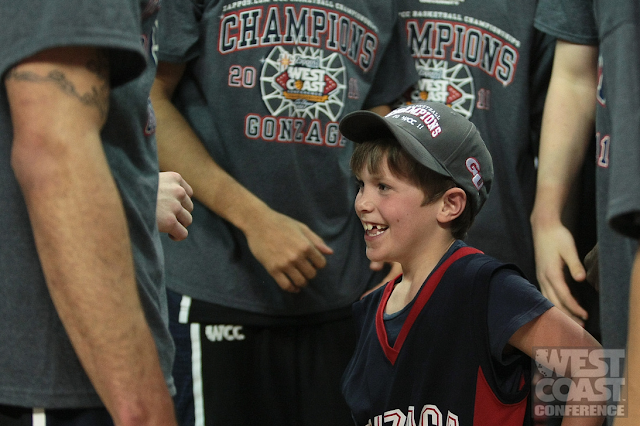 Then they were awarded their trophy 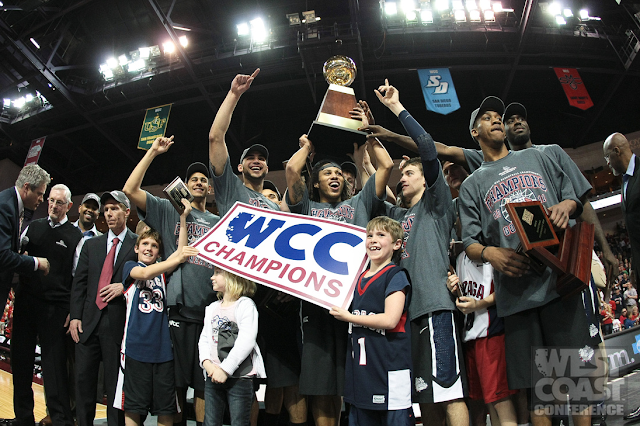 Normally they go cut the net, but I saw Steven Fray run off the court, I knew Kyle would be shooting the cutting of the net, so I took the opportunity to follow him in case it made for an interesting photo. 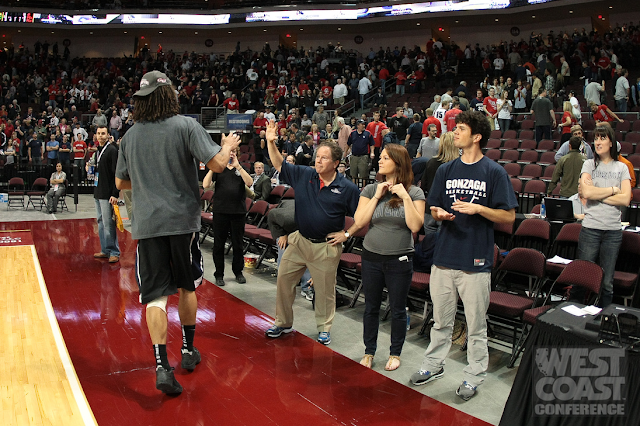 Sure enough, he climbed up into the stands to give his mom a hug... awhhh 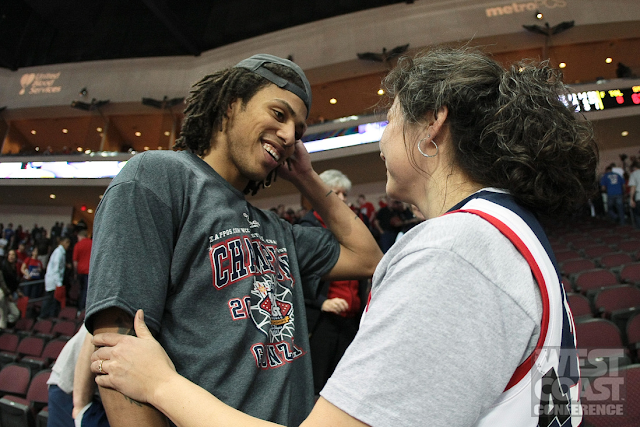 Then hey, look who I found in the trophy, hello! =) 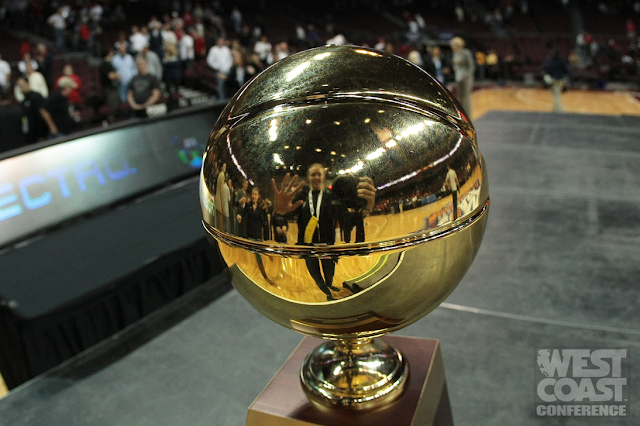 The West Coast Conference put on a great tournament in front of an awesome crowd. Congratulations to the WCC, Gonzaga, and all the players, coaches, universities, alumni, and fans!
at March 07, 2011
Labels: Action, Basketball, Gonzaga Bulldogs, Men's, Mens, St. Mary's Gaels, WCC