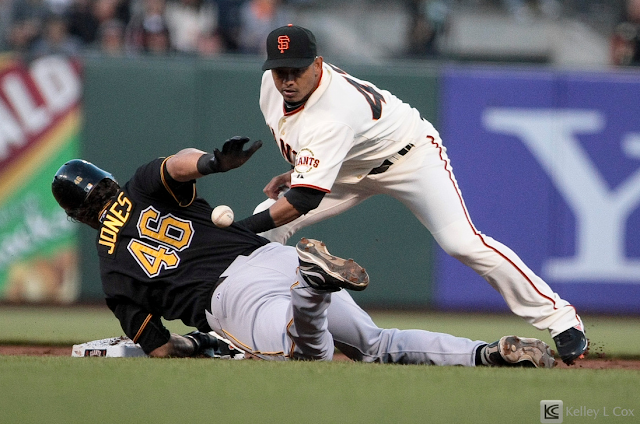 Headed over to AT&T Park for the Giants against the Pirates. 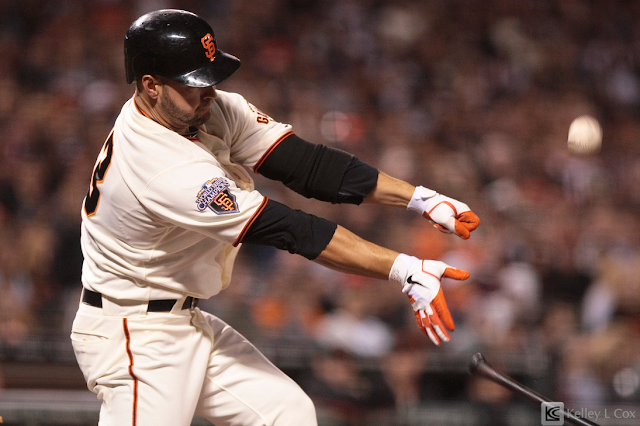 Originally, I intended to head up straight from swimming, but pobrecita sister was sick, so I stopped by to bring jello, juice, etc. Poor sissy! 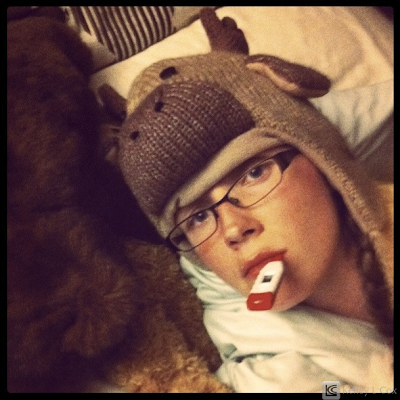 Then it was over to the park to see Madison Bumgarner face off against Jame McDonald. 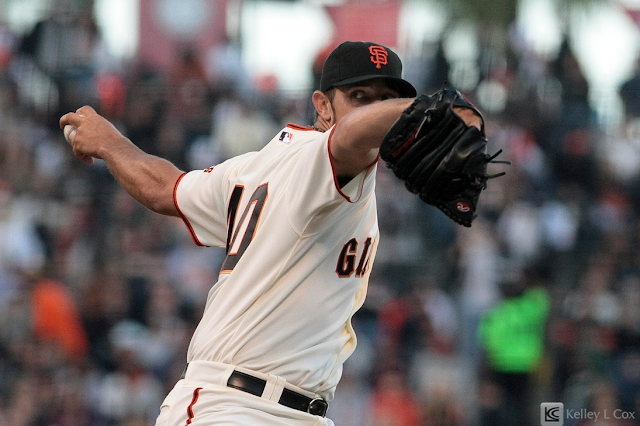 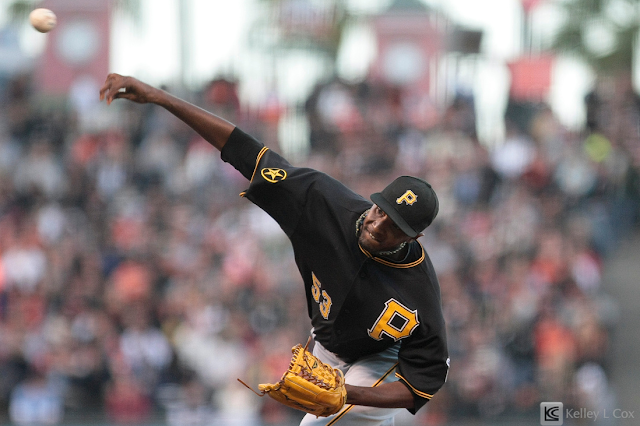 But first, it was Jerry Garcia night! Meaning members of the Grateful Dead and third base coach Tim Flannery performed the National Anthem. How cool is Tim Flannery... baseball player as his "day job" and a singer as his hobby. And fun fact, Jerry Garcia is from the Excelsior district of San Francisco, the same neighborhood I lived in and loved for the first part of my stint in San Francisco =) 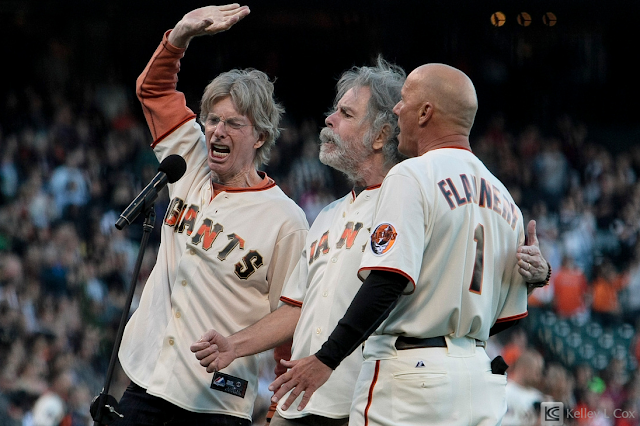 Anyways, ended up being a great game for the Giants with a 6-0 win over the Pirates. 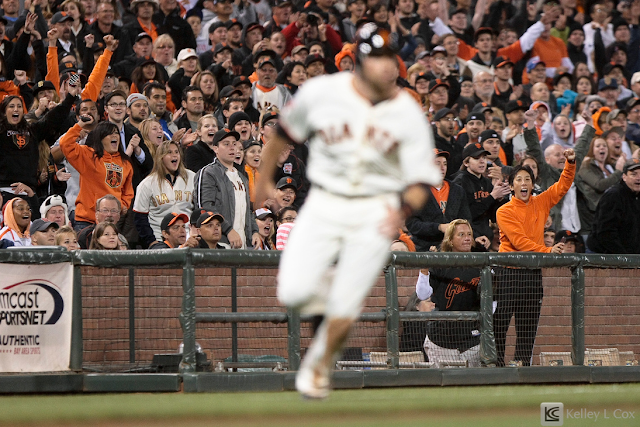 Normally when I cover a team a lot, I choose a player who is my favorite to photograph, usually it's because their hair, expressions, or something that's makes them visually entertaining apart from being a really great athlete. You might expect it to be Brian Wilson, who is undoubtedly unique, but actually it's Pablo Sandoval. I could have predicted this early on after this encounter, but I didn't want to jump the gun. Now I'm confident, he's my favorite to photograph. Here's why: 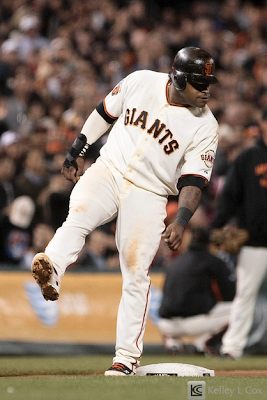 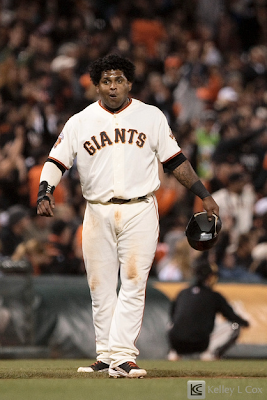 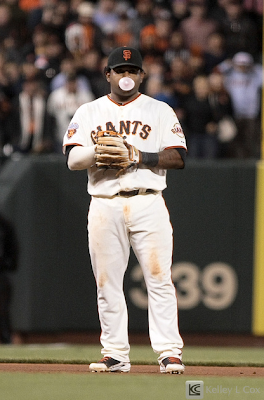 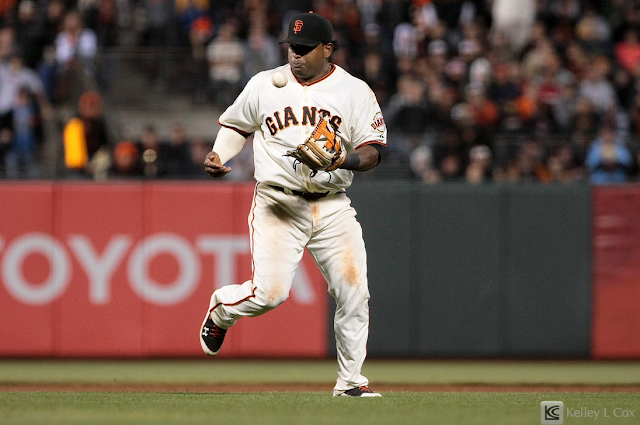 I salute you Mr. Sandoval haha. 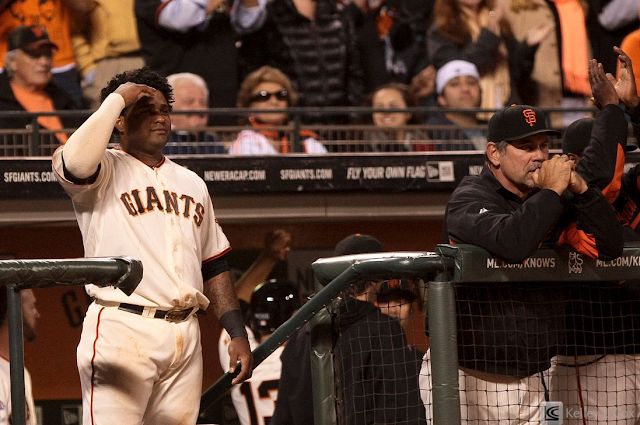