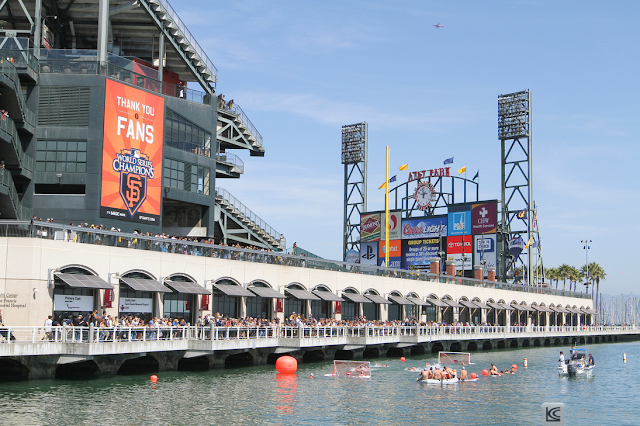 Before the Cal Football game vs Presbyterian, stopped by McCovey Cove for some water polo. That's right, water polo, in the bay. 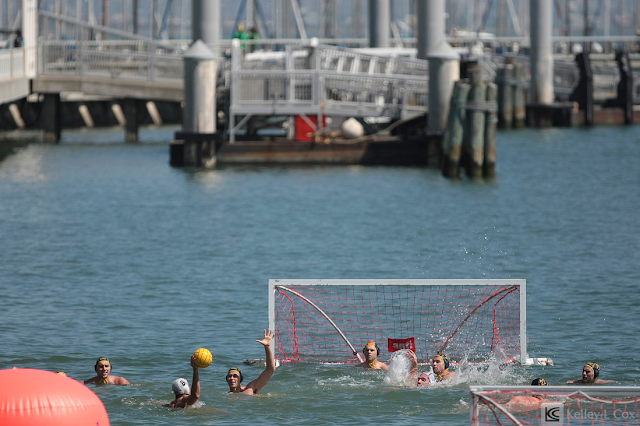 My buddy Mike Sample, helped organize it and tipped me off on the event. Though I had to shoot some pre-game of football warms ups, I just HAD to stop by to catch a few shots of water polo. 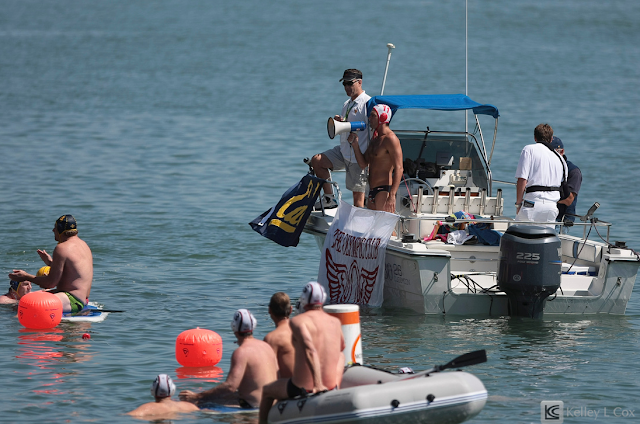 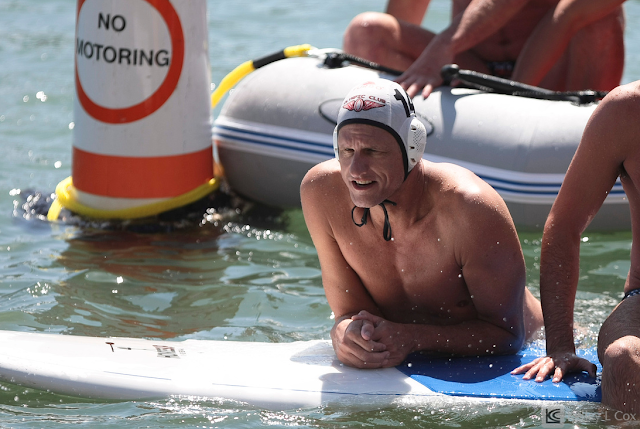 The idea was based upon the tradition of seeing a water polo match at Spieker before heading up the hill to catch the football game. But with Memorial Stadium under construction, that tradition had to be modified. Though it wasn't an official NCAA game, there were a number of recent NCAA players, and national team members. As well as a few who haven't played collegiately in maybe a while ;-) 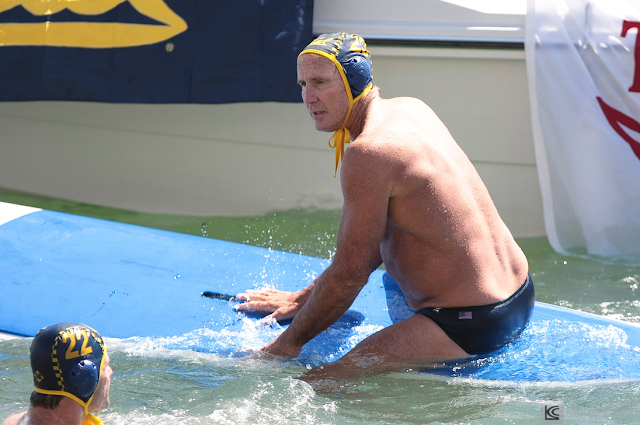 Last year when I kayaked to McCovey Cove for World Series Game 1 (still one of my favorite experiences) there were some water polo players, shooting around with one net, in wetsuits... I took some photos with my point and shoot, and the blog had a lot of hits, and the photo even popped up on Fun Cheap SF. sf.funcheap.com/1st-official-mccovey-cove-water-polo-att-park/ But this was different! 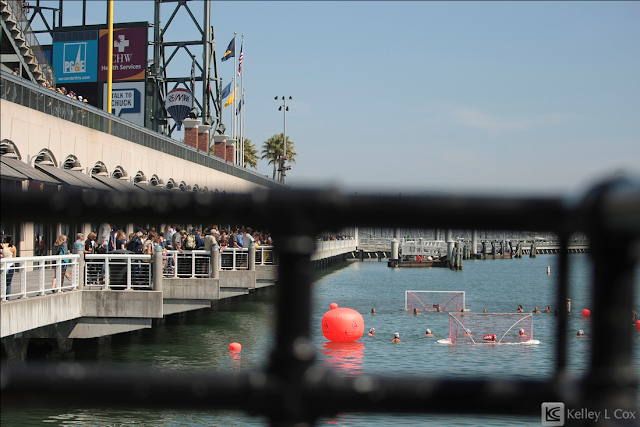 Though this game was on a nice sunny day, they were in speedos, not wetsuits! And they weren't just out there shooting around but playing a full four quarter game! 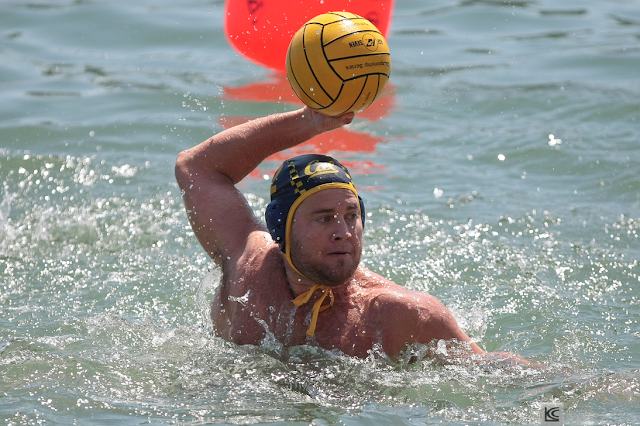 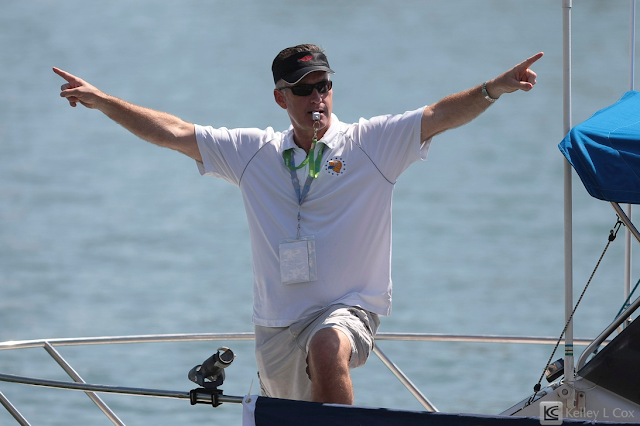 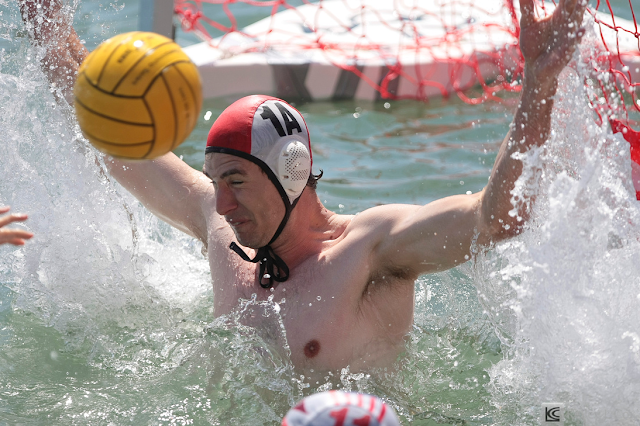 Though I've been photographing water polo for years, there's still people who have never seen a water polo game so here's one way to get noticed! And what a crowd they drew! 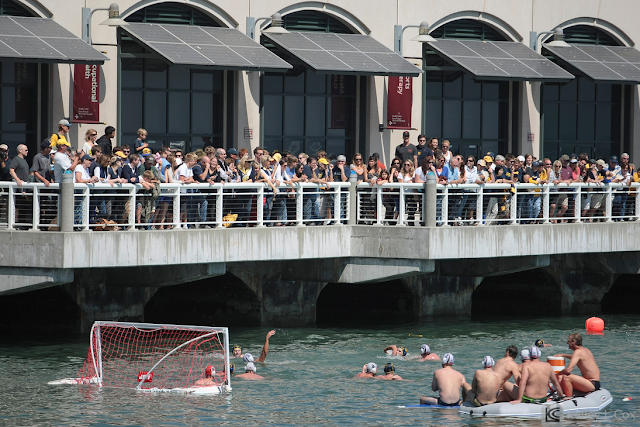 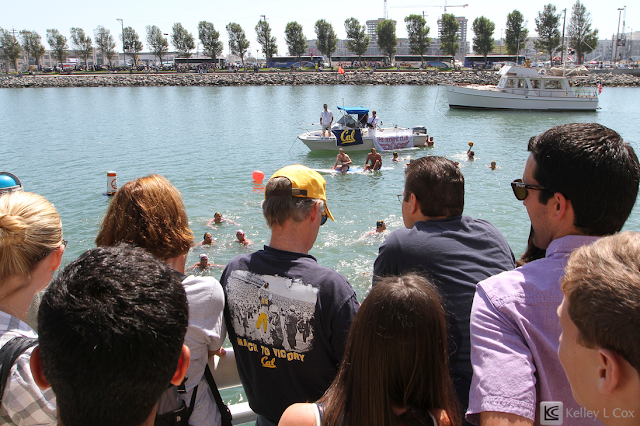 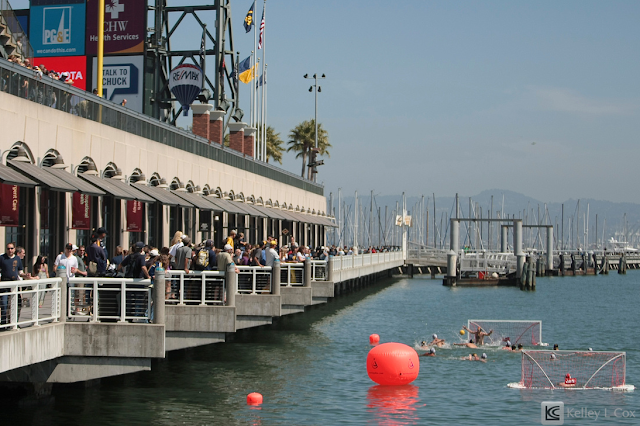