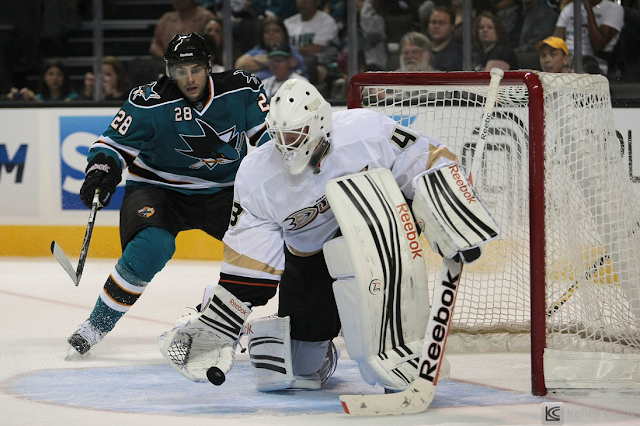 Headed down to HP Pavilion for the Sharks vs the Ducks. 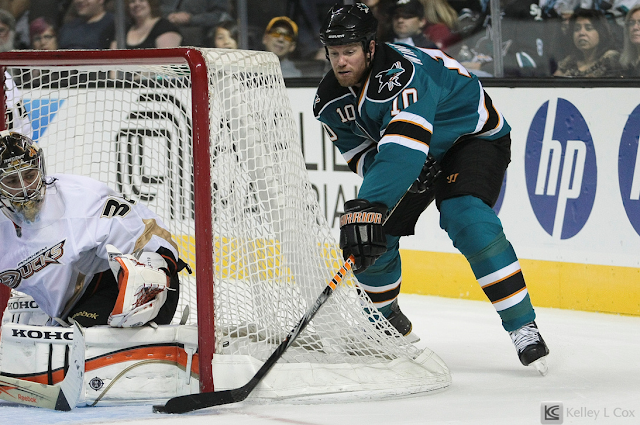 Being just my second hockey game, I was still getting my bearings. 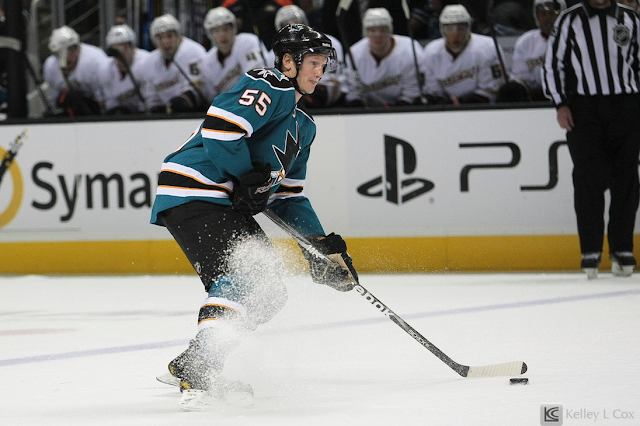 Hockey moves so fast, and it's kind of scary. I stick my lens through a small hole to photograph the game, but the angle only allows certain areas of the rink, so you just have to hope the action passes within your available plane. 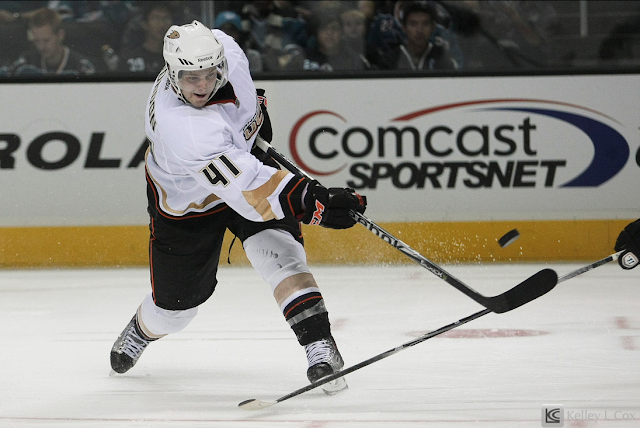 I'm still getting used to the players slamming against the wall. In other sports I have to move out of their way. Hockey, I have to make sure my lens isn't out and I don't get bumped, but am otherwise protected. Still when they slam against the wall in front of me, I still kind of duck (and or lean to the extent that I fall off my stool and some of the fans laugh at me) but I guess if the glass is strong enough to prevent these Shark attacks, I should be ok. 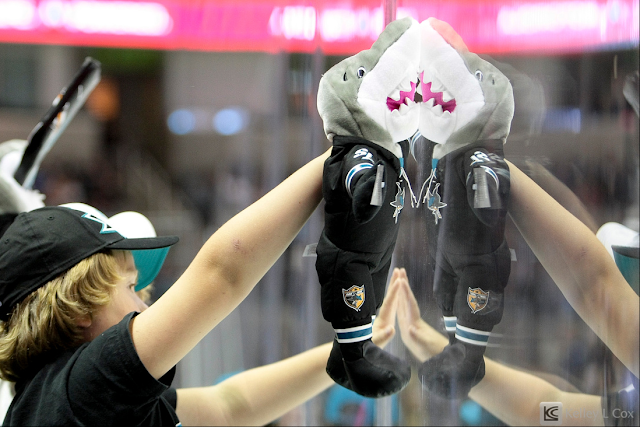 My action was alright, though there's certainly room for improvement. 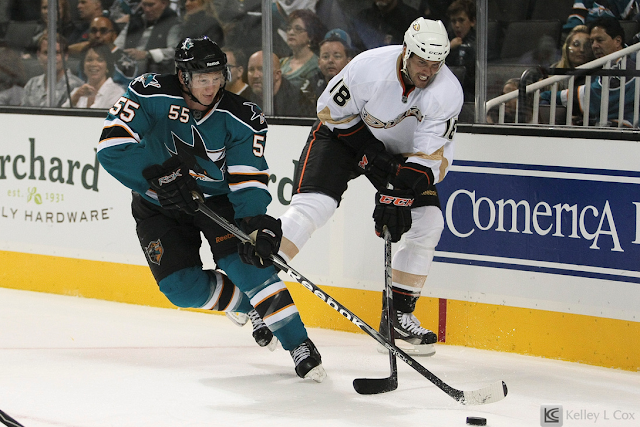 But I captured one fight and was excited... 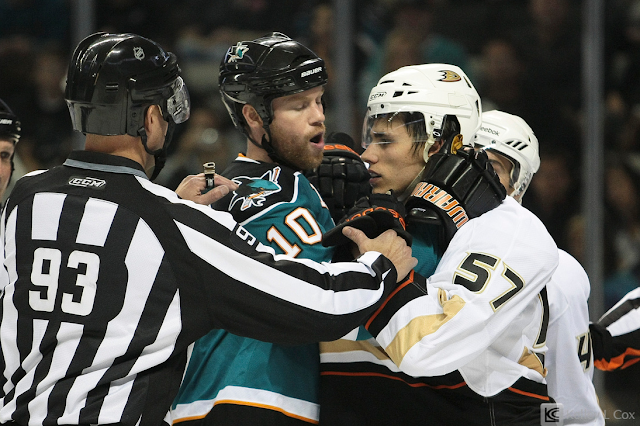 Little did I know I was in for another! 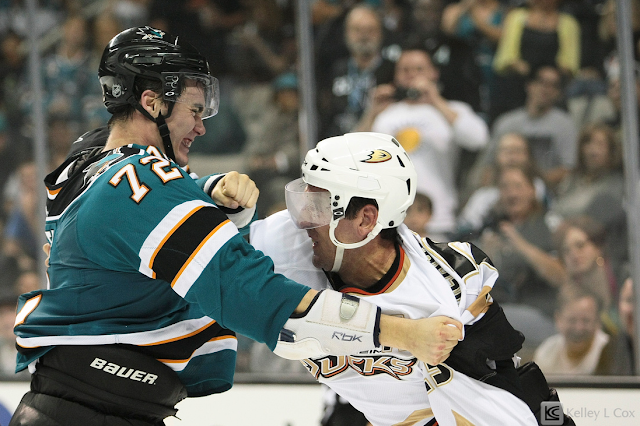 And an even better one after that, so exciting!! 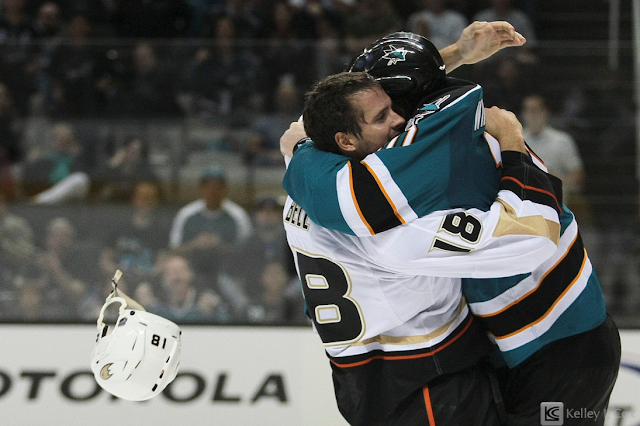 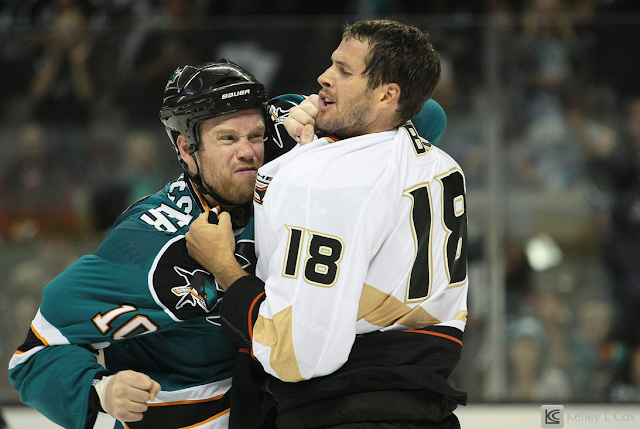 Sharks defeated the Ducks 5-1. I guess they really aren't the Mighty Ducks anymore. 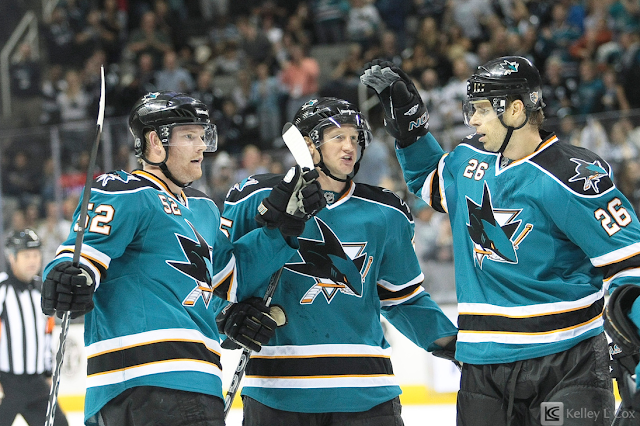 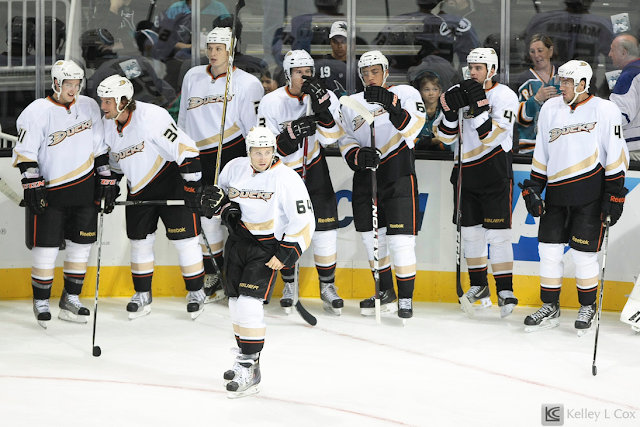 Still I was half expecting Emilio Estevez to come out of nowhere. But alas, just coach Randy Carlyle. 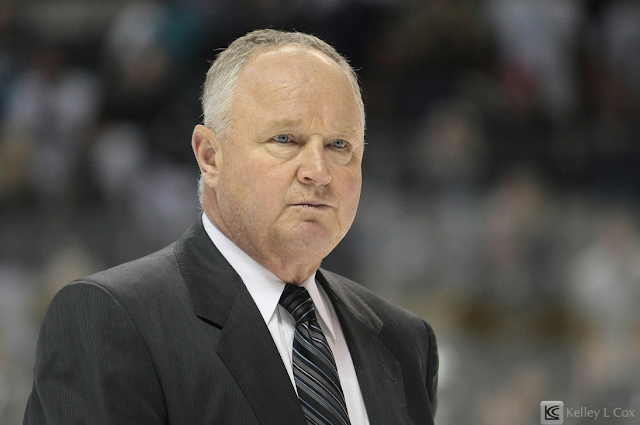 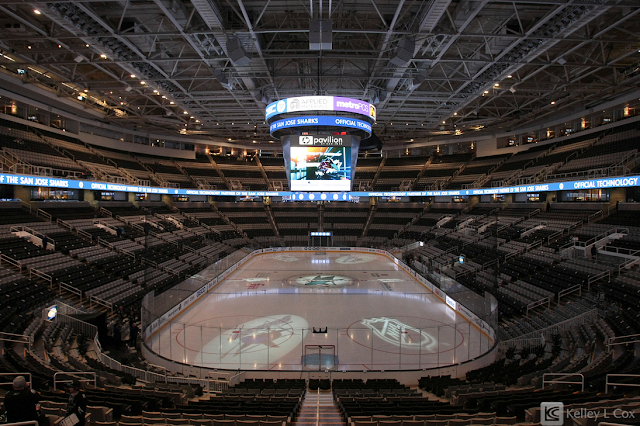