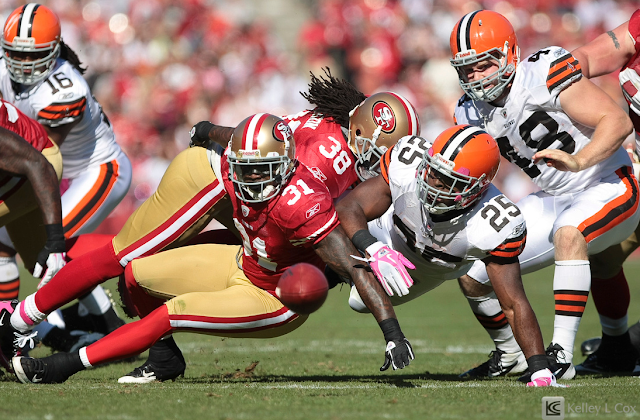 Headed over to Candlestick Park for 49ers vs the Browns. 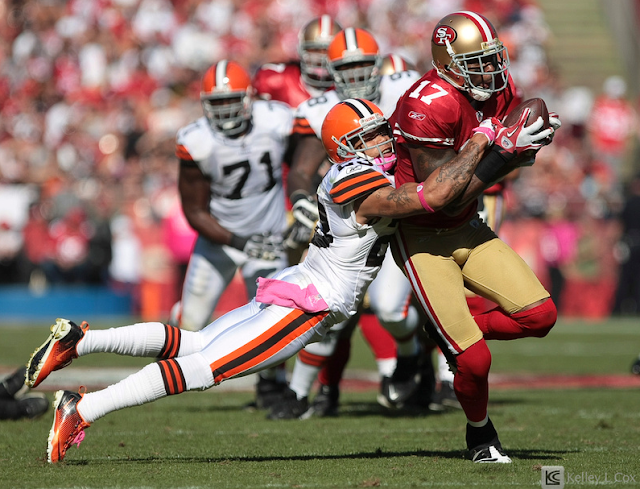 Ever since I first started shooting sports seriously, my goal was to shoot NFL, and considering my dad is a 49er faithful and used to sell hot dogs at Candlestick, I grew up a niner fan. So the ultimate would be to shoot a niner game. 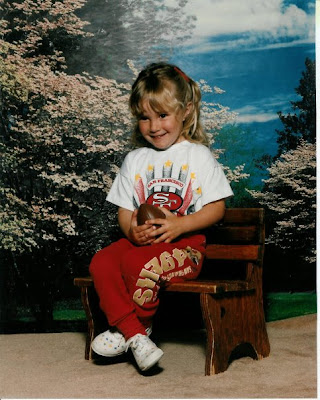 I had assisted Peter Read Miller and Jed Jacobsohn before, and photographed 49ers practice, but this was my first 49er game that I've photographed. 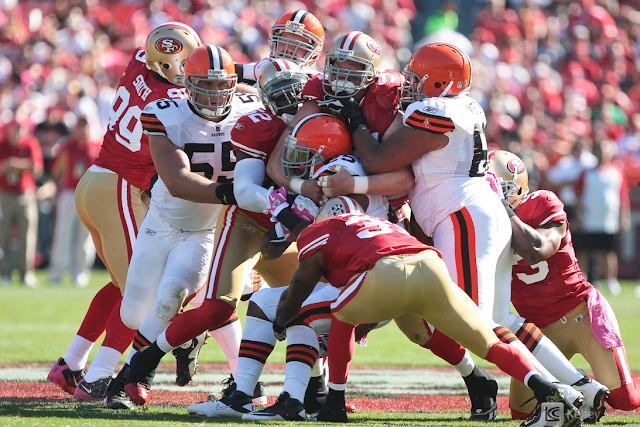 I am helping team photographer Michael Zagaris (one of my photo idols...and the first time I met him I fell down his stairs) with uploading some of his photos for niners use. This means I also get to hang out with him on Monday mornings after the game which is also awesome. Such a cool guy! 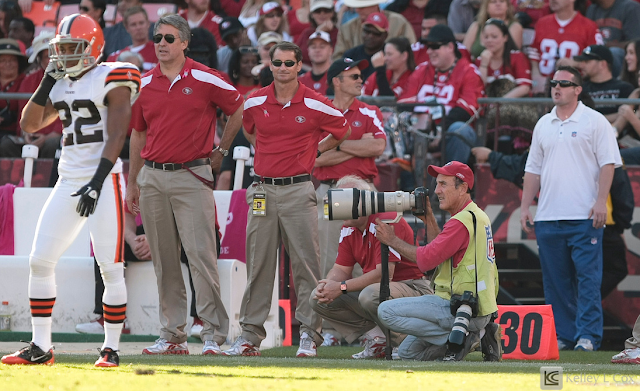 Poor Colt McCoy of the Browns struggled holding onto the ball. And was under pressure all game. 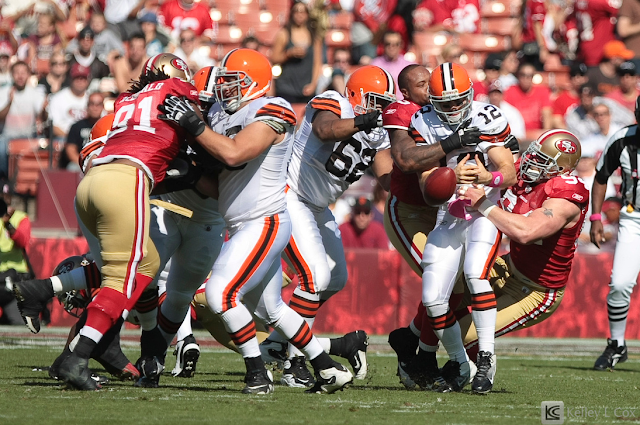 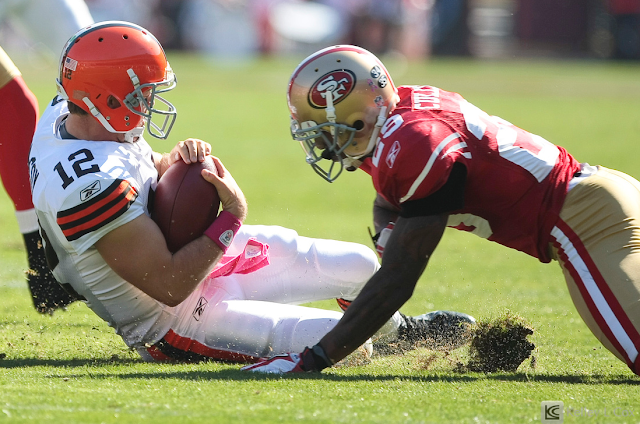 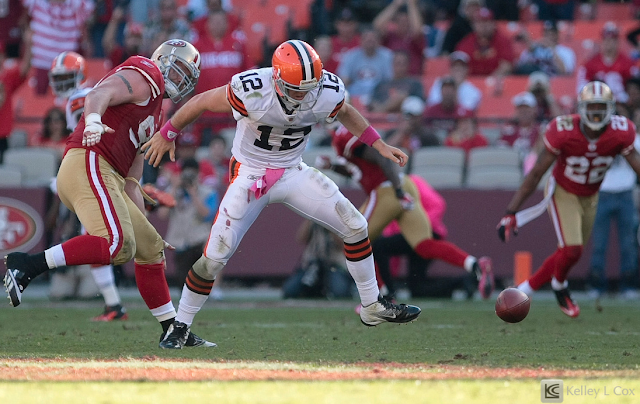 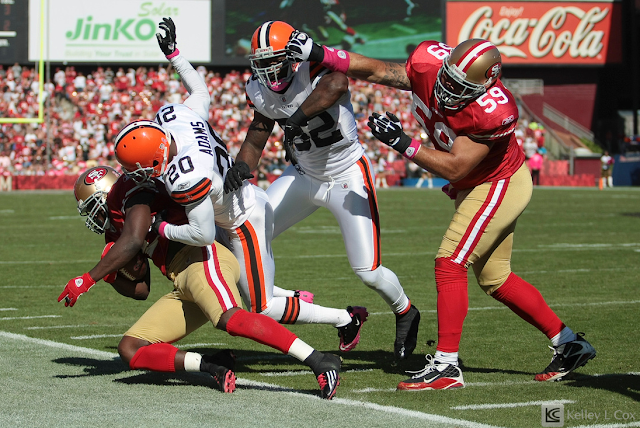 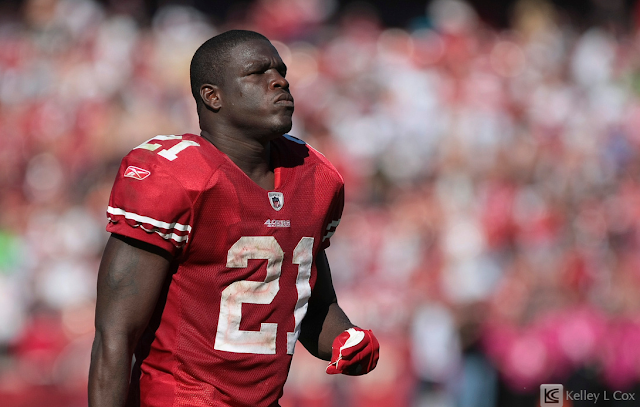 But his try for a touchdown was called down at the two yard line. 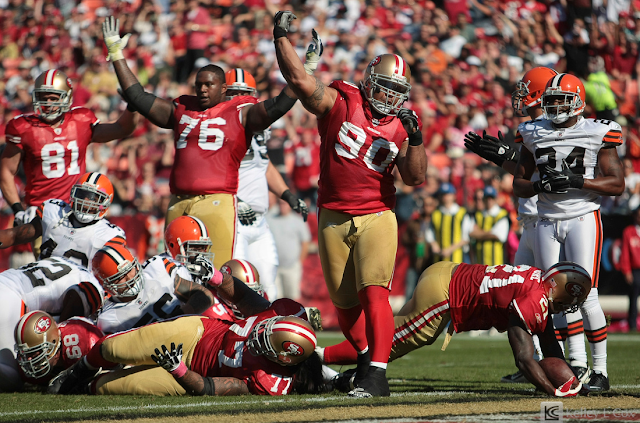 But niners still put points on the board with the help of Michael Crabtree who was able to score thanks to a nice pass from Alex Smith. 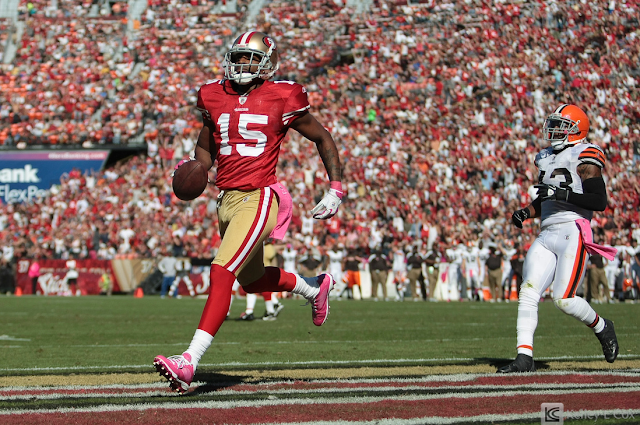 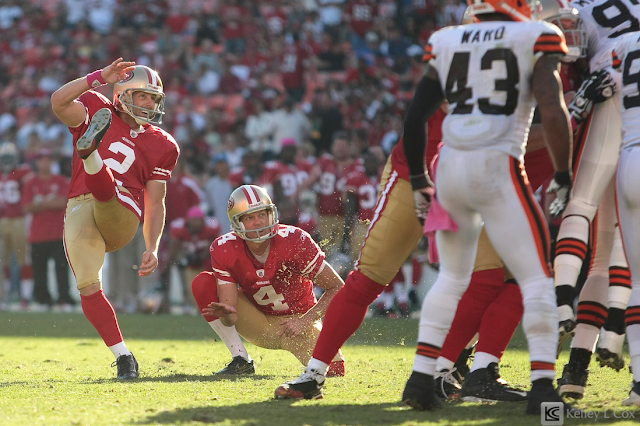 Joe Staley even stepped in as a receiver and celebrated after making the catch with a little dance. Not every day a 6'5" 315 lb guy is used as a receiver! 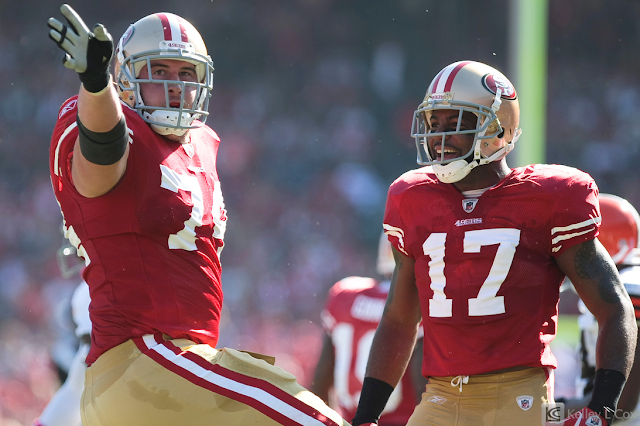 I know XFL was sponsored by WWE, but I think NFL has enough WWE action! 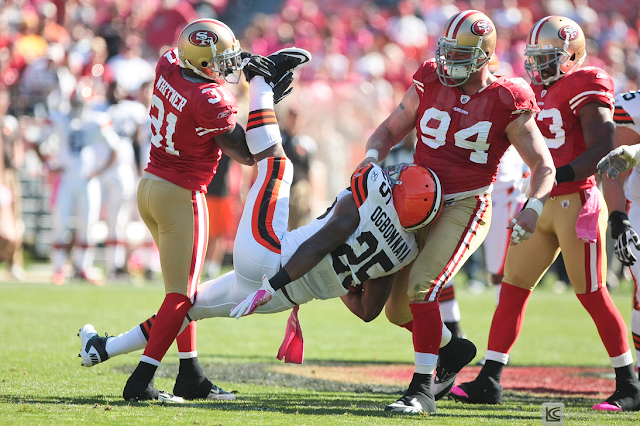 The cheerleaders were in Halloween spirit in costume, though hopefully this one didn't confuse any of the players! 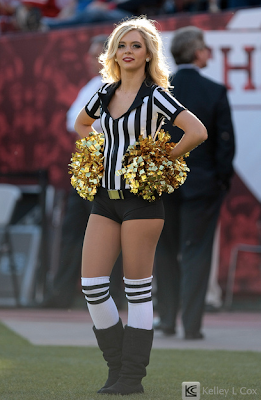 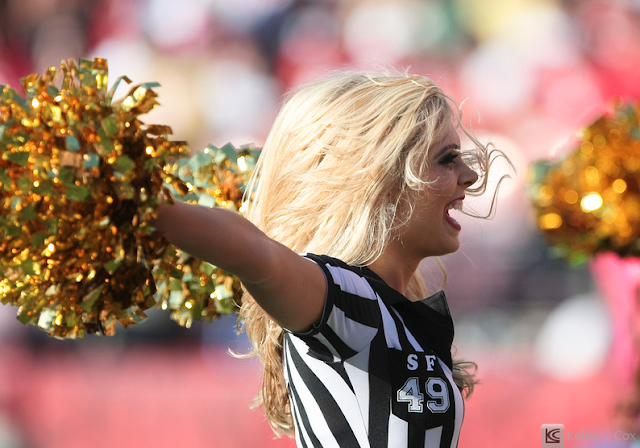 At the end, with a 20-10 win over the Browns and 6-1 on the season, Head Coach Jim Harbaugh came out to shake hands with Pat Shurmur, in much less dramatic fashion than niners previous game against the Lions. 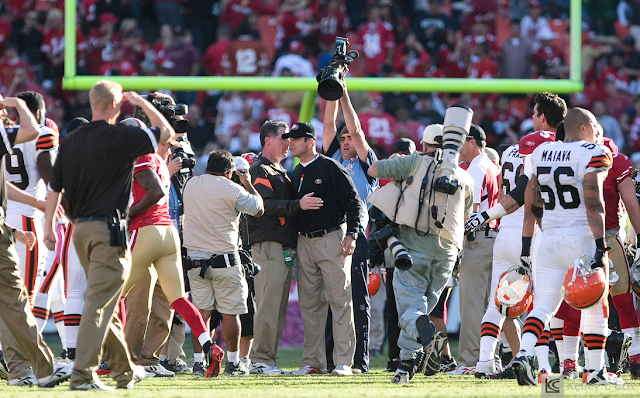 All in all, a great game, a beautiful day and perfect lead up to my birthday tomorrow!!