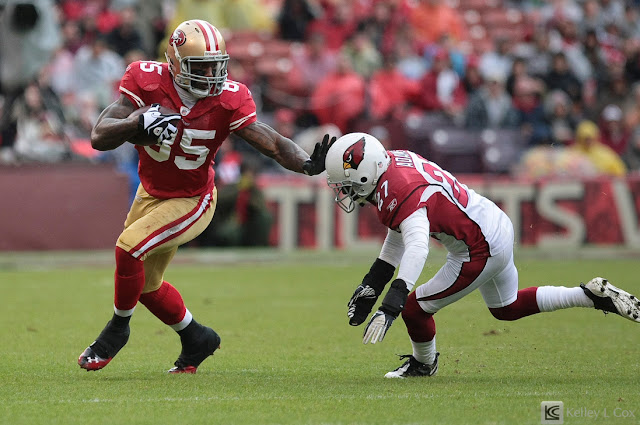 Headed over to Candlestick on a rainy Sunday afternoon for the Arizona Cardinals visiting the San Francisco 49ers. 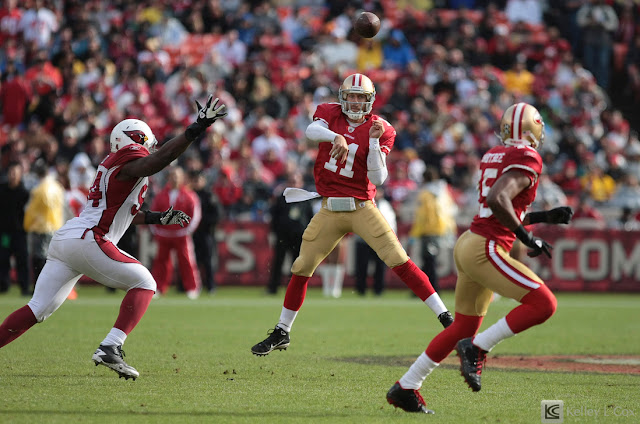 After a lackluster first quarter resulting in field goals, I was a lil worried niners wouldn't be able to go 9-1... but an impressive 3rd quarter and some key plays inbetween helped niners defeat the Cardinals 23-7. 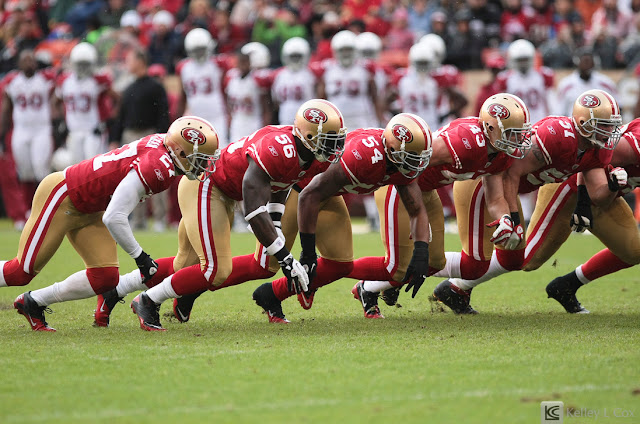 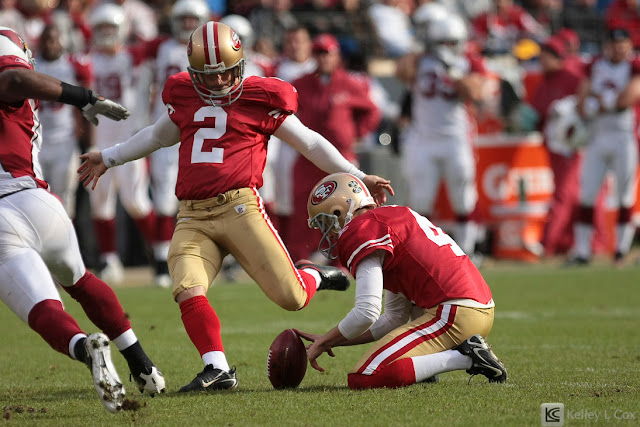 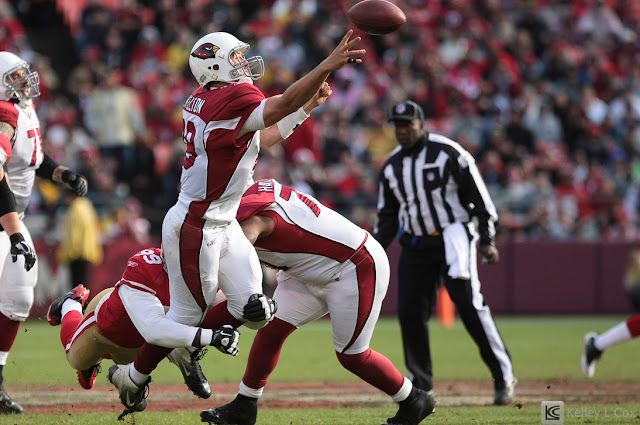 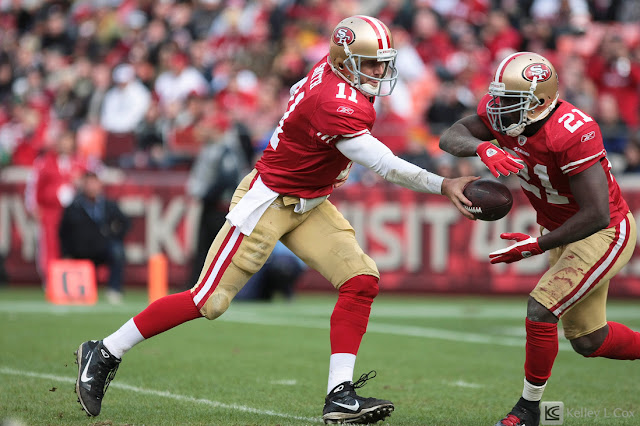 Niners made some key interceptions and fumble recoveries 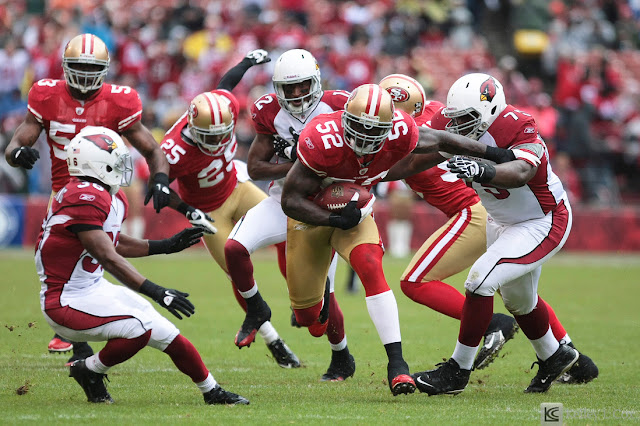 And locked down an otherwise impressive Larry Fitzgerald. 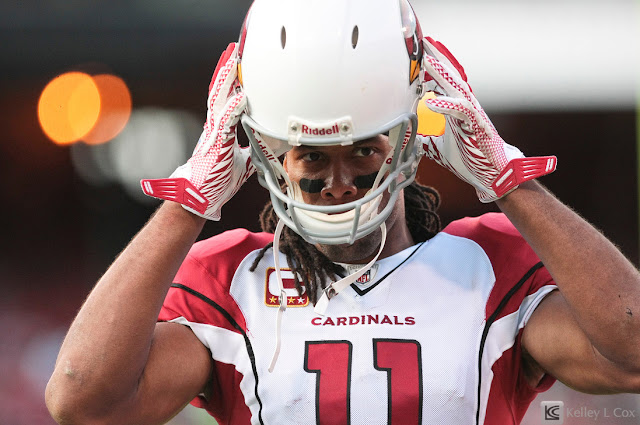 Dashon Goldson was one of those interceptions. 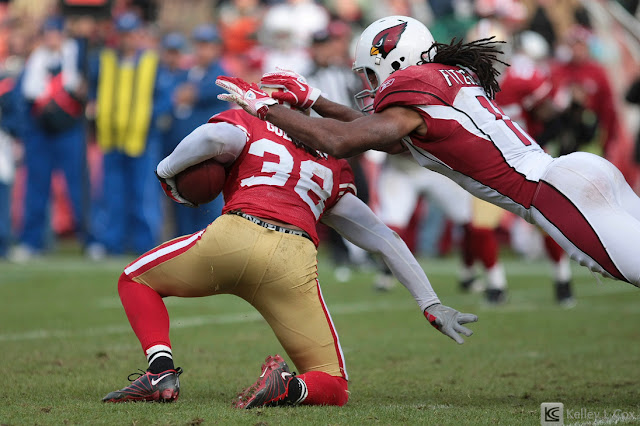 And he did his lil arm flapping bird dance afterwards. But his SportsCenter highlight reel was focused on him later getting kicked out of the game for throwing punches, whups! 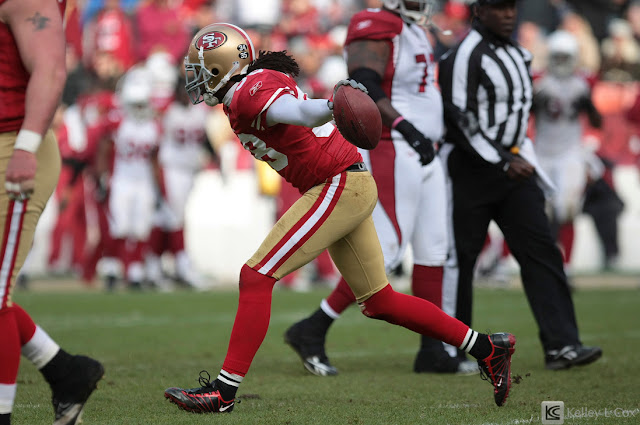 But Harbaugh was able to control himself even when he disagreed with certain calls. 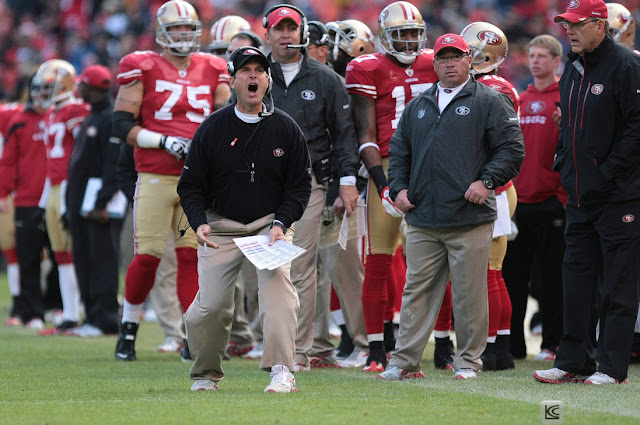 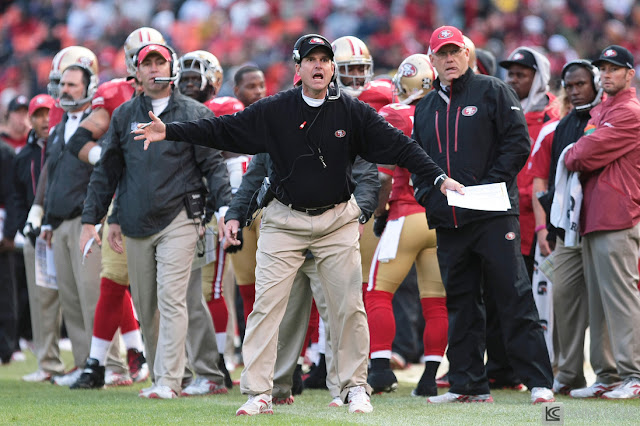 Kyle Williams had an impressive game, seemingly as the new third choice receiver... I like that he smiles as he lines up, like he's really excited and happy to be playing football... when oddly enough, his father is the GM of the Chicago White Sox. 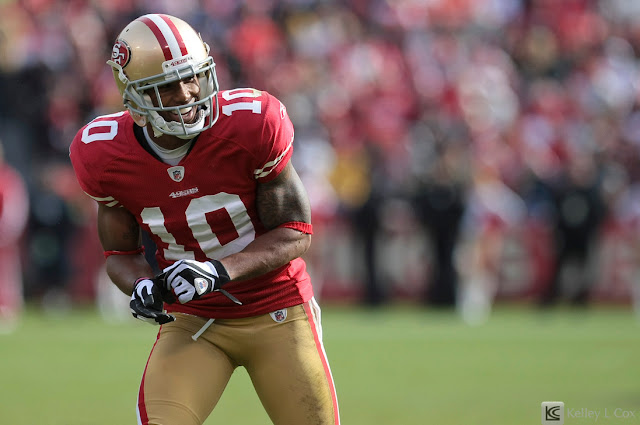 It's nice to shoot pro sports because I was feeling a little old photographing all these 18-21 year olds in college. But at 23, Williams is younger than me! Guess I'm just getting old! 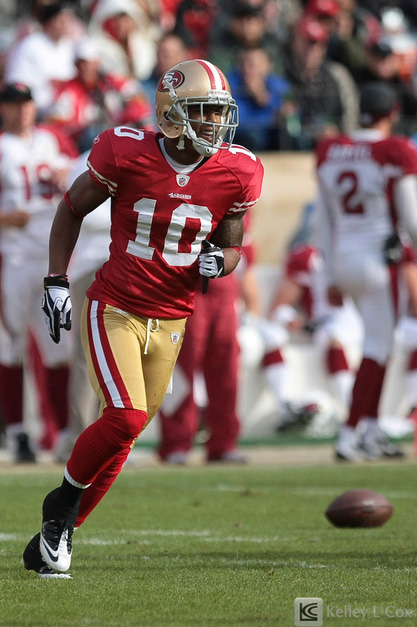 Since I only have rain gear for my 300mm, I kept my 70-200mm in my bag. It limited and challenged me. Next game I'll definitely bring out the 70-200 again just so I'm not too tight for those plays in the red zone, but I'm happy with a number of images I was able to catch. Even if the players weren't able to catch the ball in the shots for one reason or another. 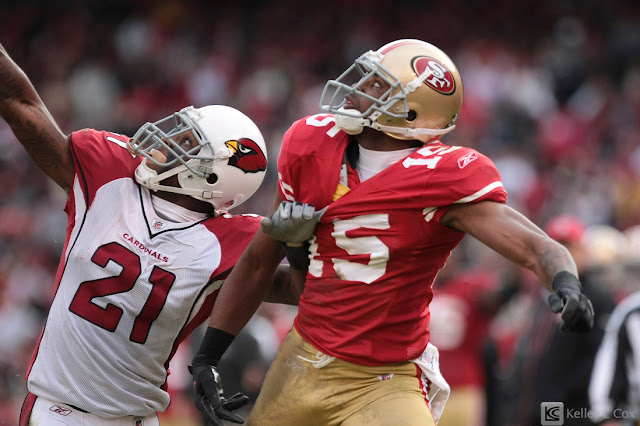 Before the game I was able to meet up with one of my frequent guessers for my "Guess where" twitter feet tweets, Ali Thanawalla, and was able to get him in on the picture. And his friend, Eric Peterson
caught us lining up for the picture, here. It's fun that what started as a way to entertain myself, is now entertaining other people =) 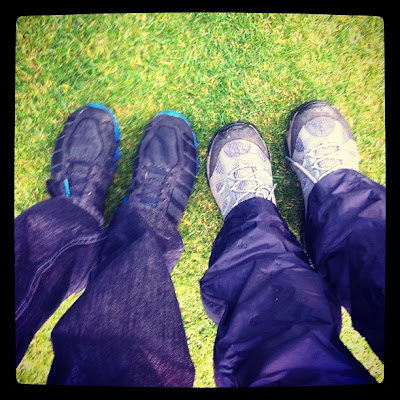