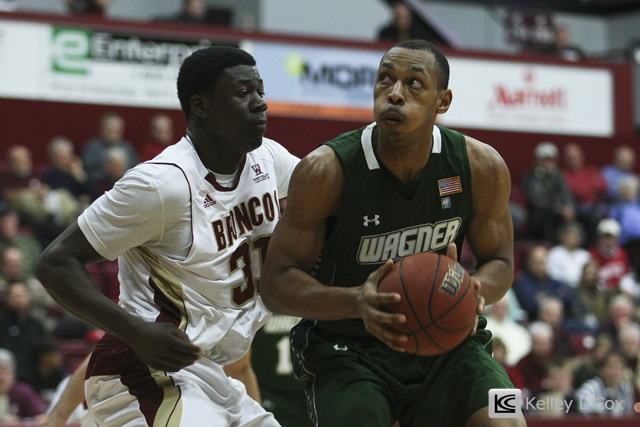 After a quick hot dog break, stuck around Leavey Center for the Cable Car Classic Championship between the Wagner Seahawks and Santa Clara Broncos. 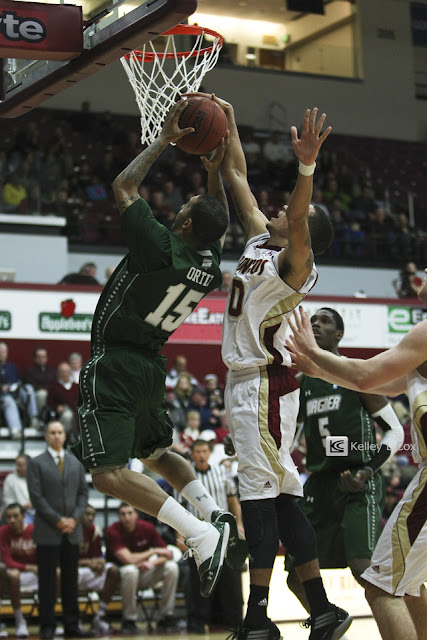 In an exciting game where Wagner's Tyler Murray scored his 1,000th career point.. and then some. 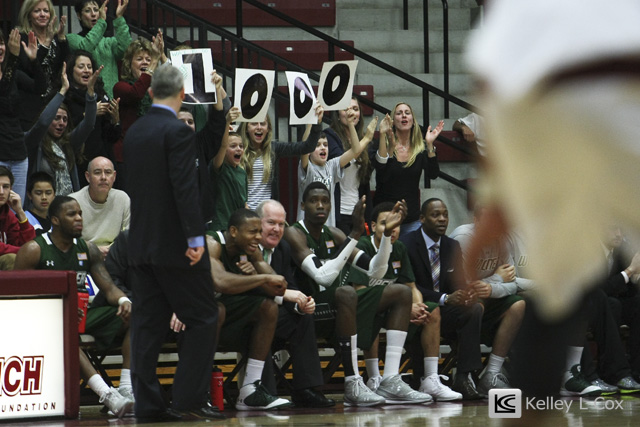 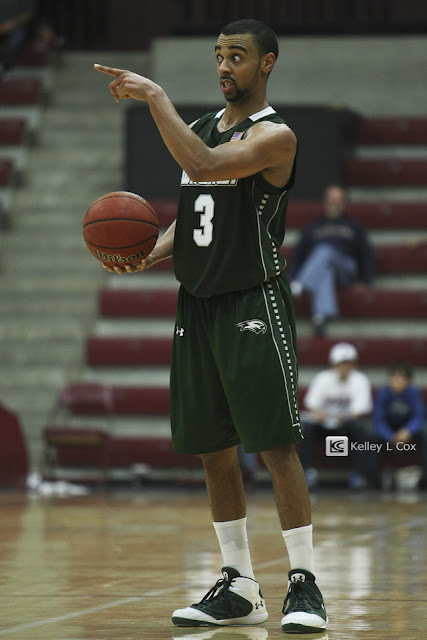 Santa Clara was able to tie the score after a great three point shot by Evan Rocquemore after a foul for a rare - and 2 - for 62-62. 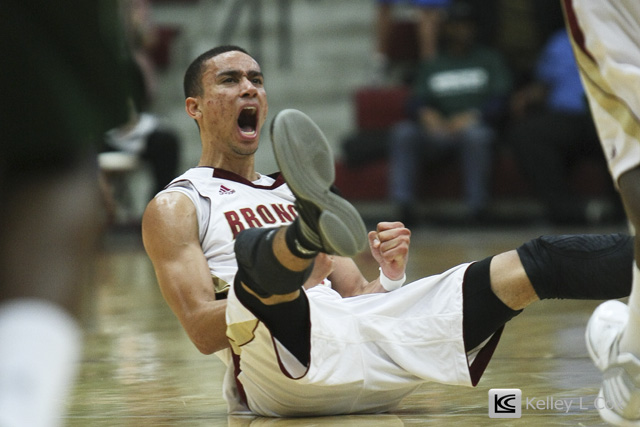 Pleasing to the fans including Santa Clara alum Brandi Chastain 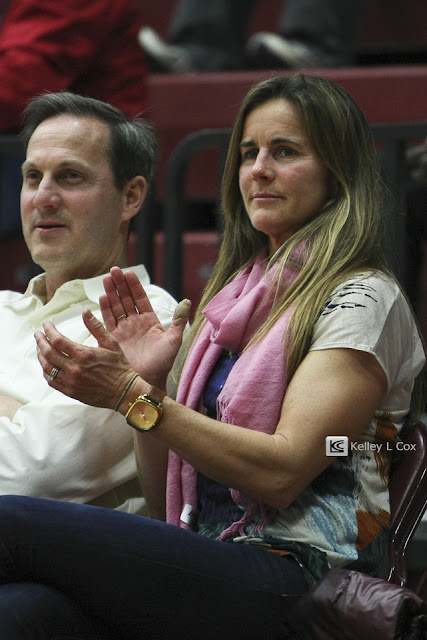 One fan was going so crazy he was sweating through his shirt! 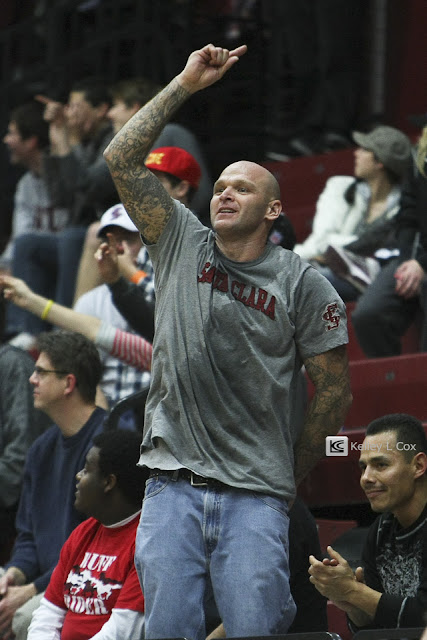 Just as I thought the game was about to go into overtime, Kenneth Ortiz shot the ball, the clock expired, ...and the ball went in! 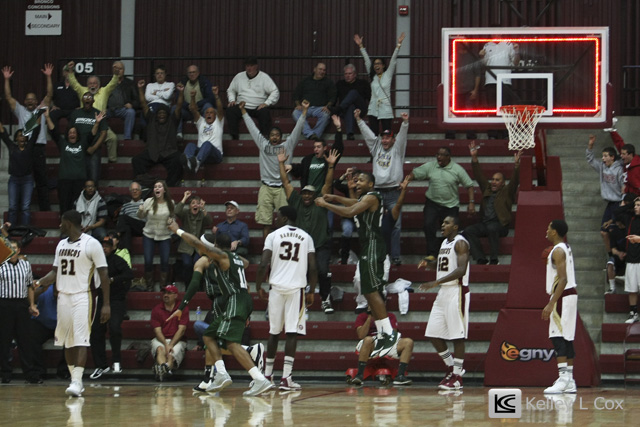 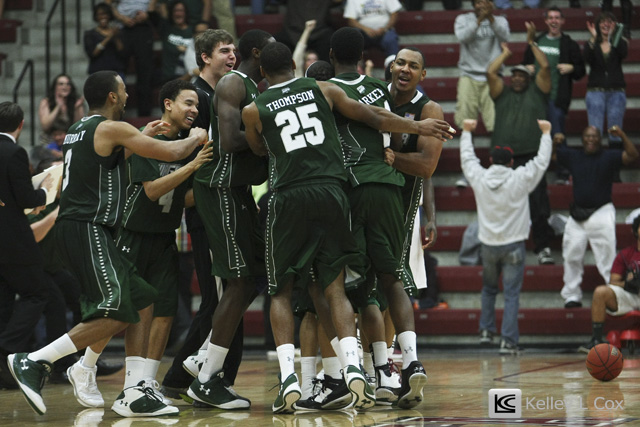 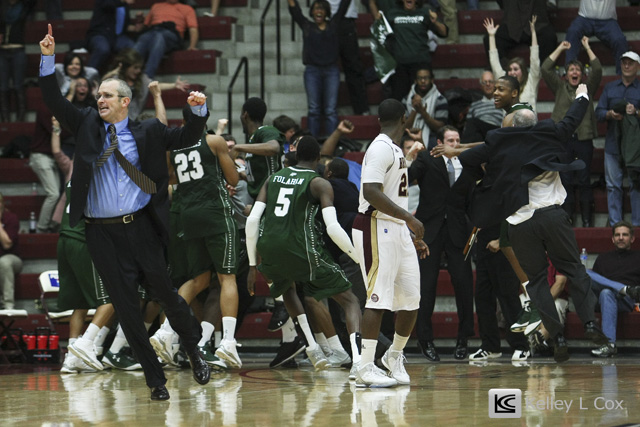 Santa Clara head coach went crazy too, but in a different way questioning the referees call to call the shot good for the 64-62 Wagner victory. 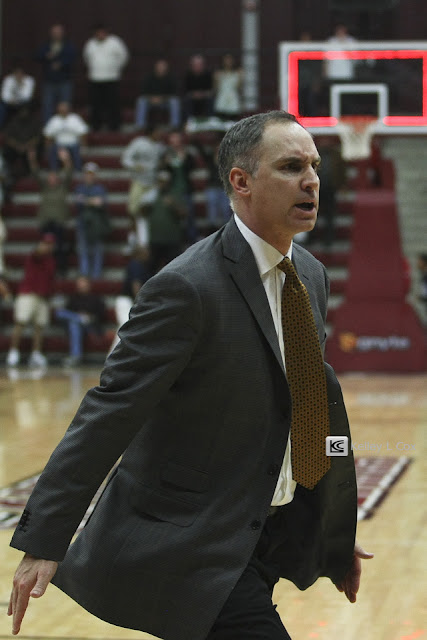 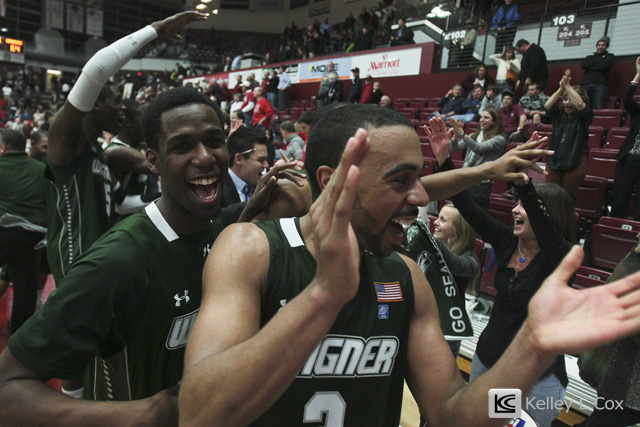 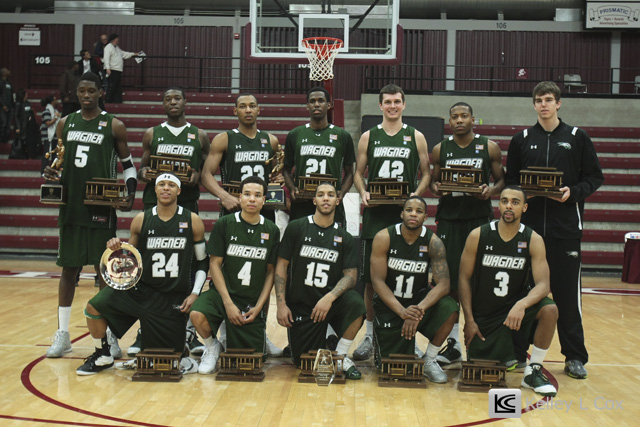