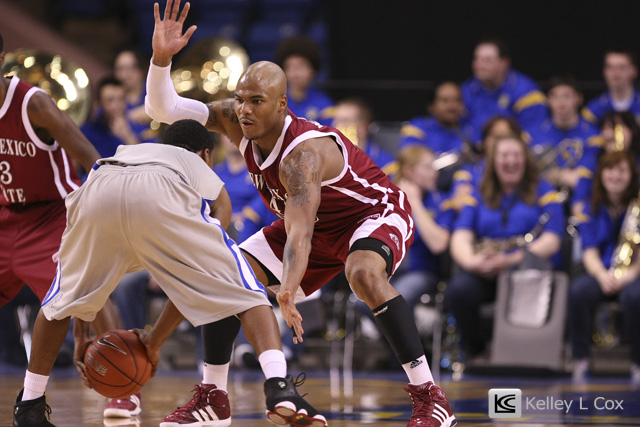 Headed over to the San Jose Event Center for the San Jose State Spartans against the New Mexico State Aggies. 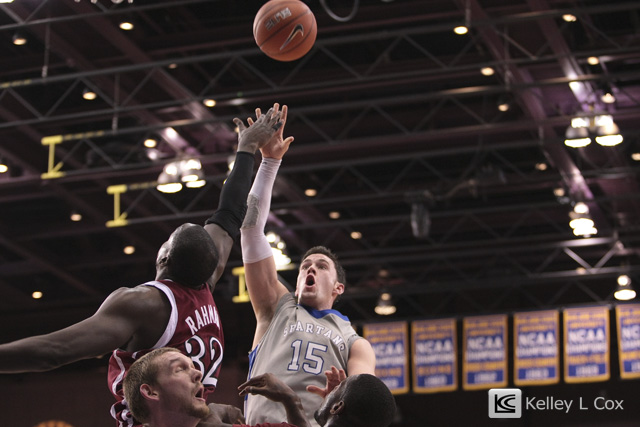 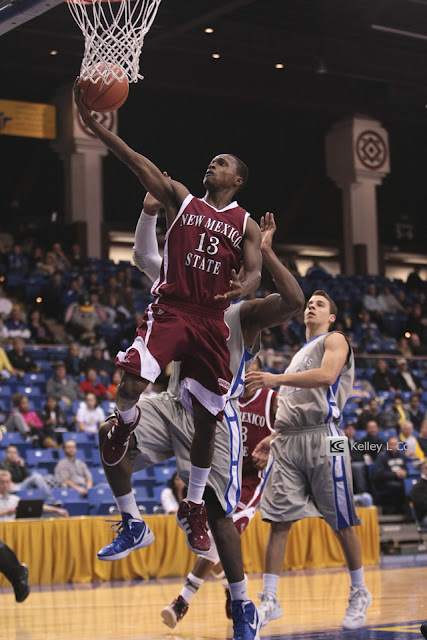 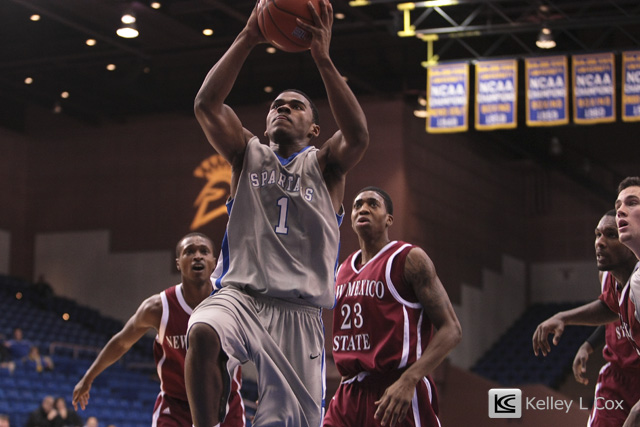 Despite living relatively nearby, I'm pretty unfamiliar with San Jose. I was thankful that Dan Helms at US Presswire sent me a quick email about where the arena was, where to park, pick up media pass and all that. As I was walking towards the Event Center, I thought hmmm why does this look so familiar. Then I figured it out, and confirmed with my sister, I had seen a Weezer concert there (this part makes me feel old-->) over 10 years ago! This was probably during the phase when I wore non-prescription black rimmed glasses and tried to be like my sister who I thought was soooooo cool. Throwing Stacey under the bus here with this photo, but if I can find a picture of myself will add it later <--- lying ;-) 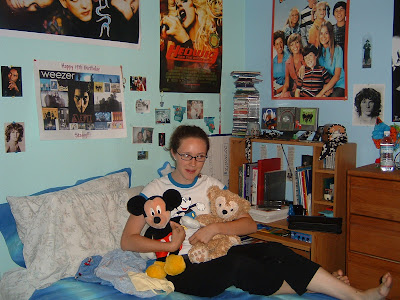 It's always fun to photograph in new arenas as light and white balance present new challenges and it's funny because it doesn't always correlate with league or money. 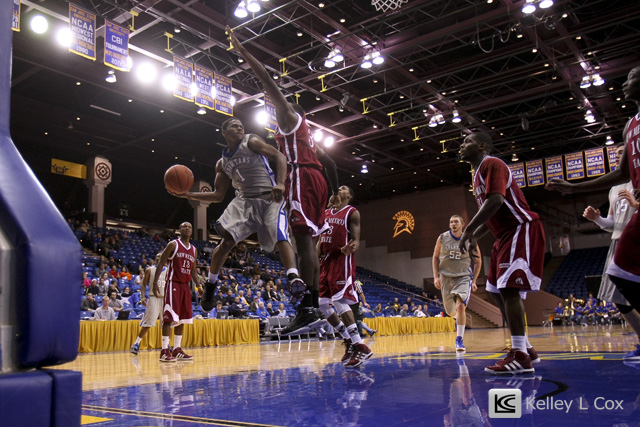 San Jose State battled against New Mexico State but the Aggies were able to defeat the Spartans 79-63. 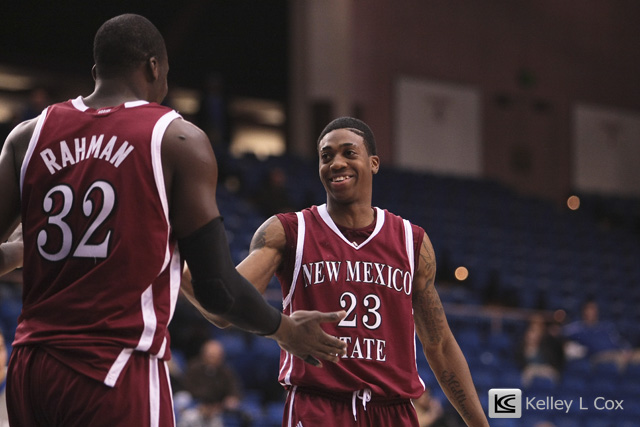 One thing I like about Spartans head coach George Nessman, is when I spotted him sitting on the bench amongst the players. I wonder if that's a tactic, or just where he found an available seat. 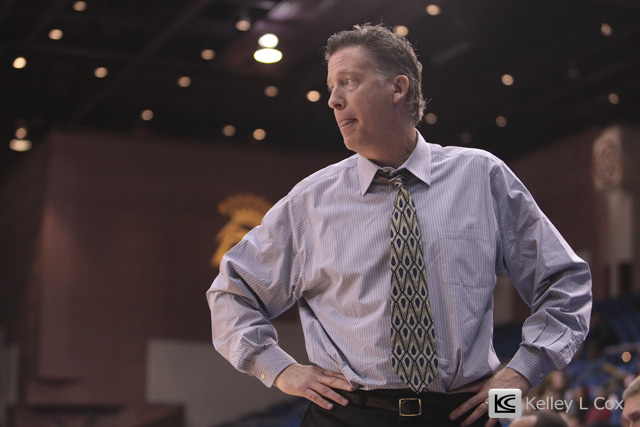 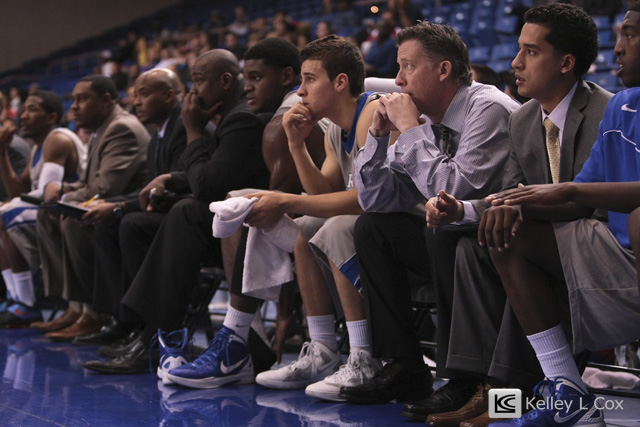