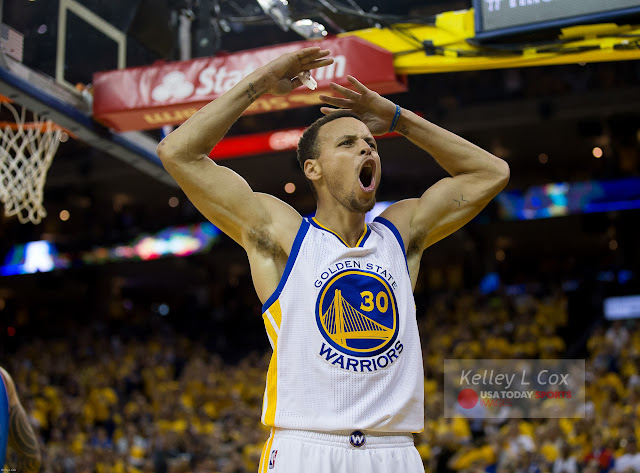 As unexpected (or predicted) as it was, after splitting the first two games in Oakland, the Golden State Warriors lost both games in Oklahoma City against the Thunder, meaning game 5 was a win or go home situation. 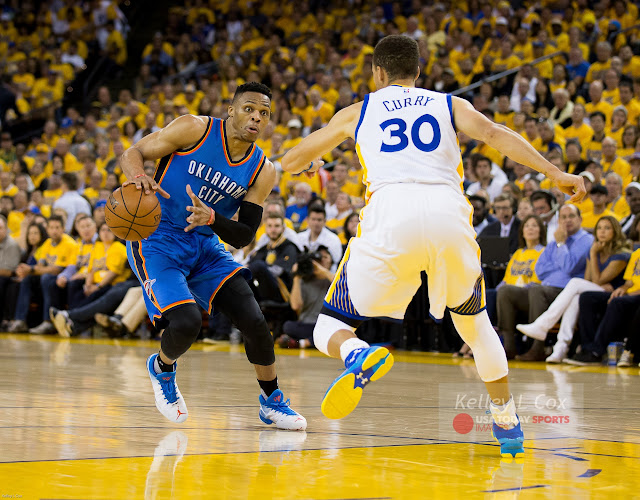 And Warriors showed up for a tough win! 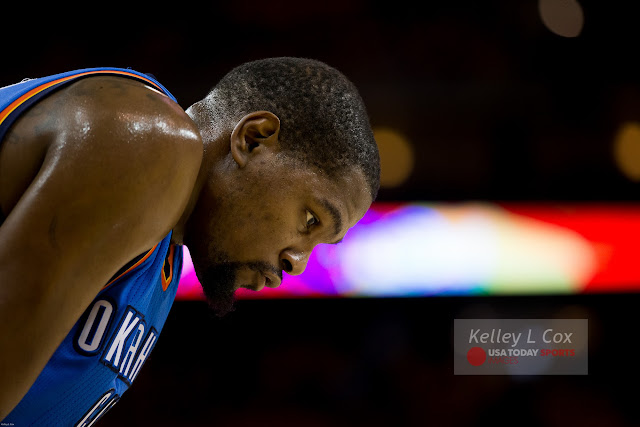 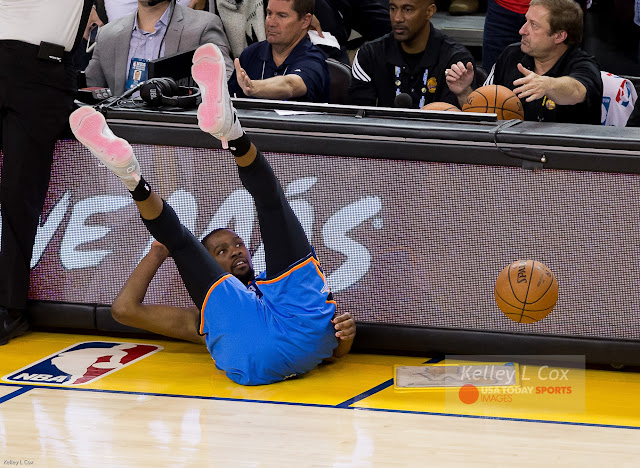 Cary Edmondson and I were covering the game together for USA Today Sports Images and were able to share time on the floor v time shooting elevated. Him covering the 1st and 4th quarters on the floor and me covering the 2nd and the 3rd. This meant each of us had a chance to cover both teams on offense and defense. 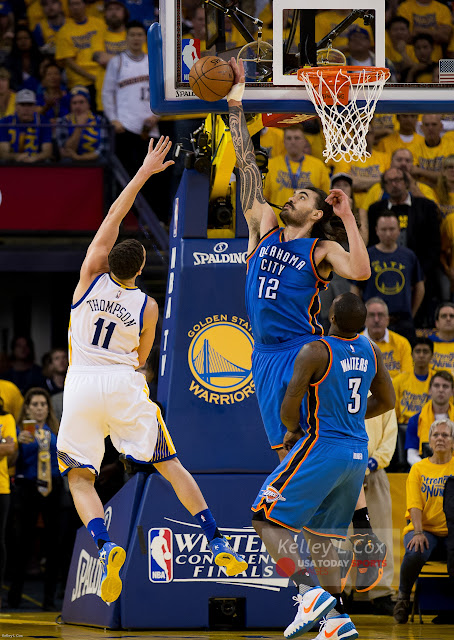 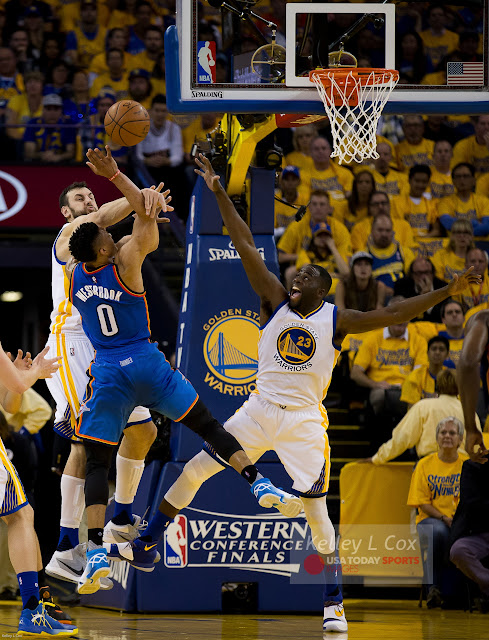 As luck would have, Curry scored a three (finally get his shot back) and then followed up with a layup against Steve Adams on the next play and went crazy! 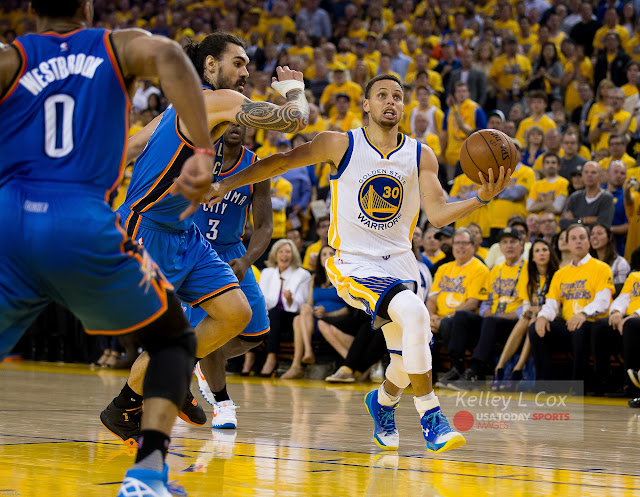 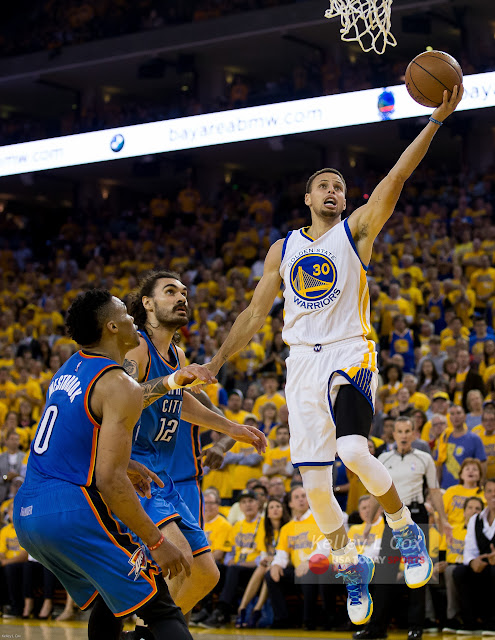 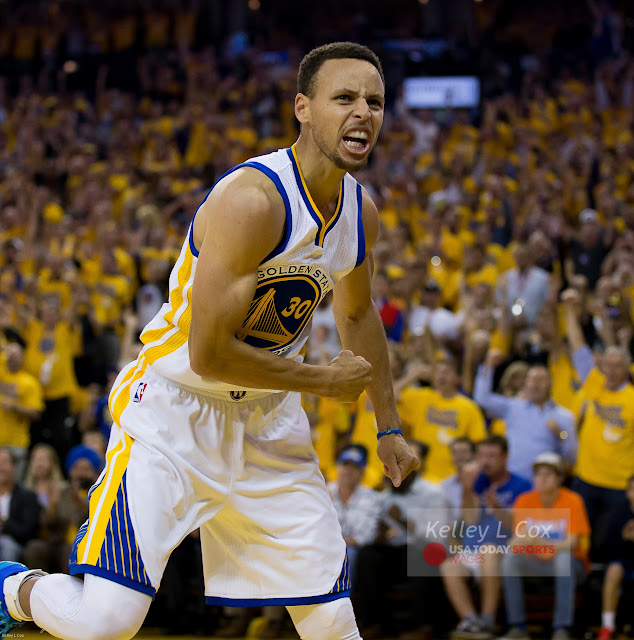 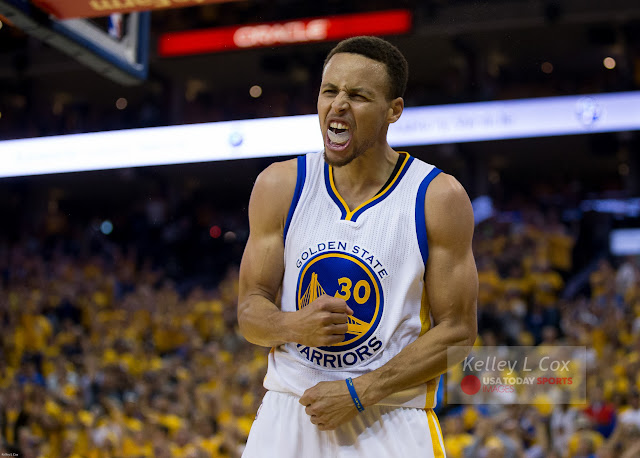 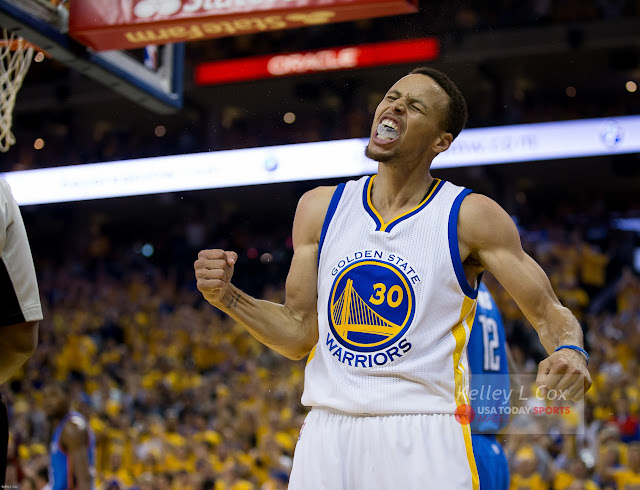 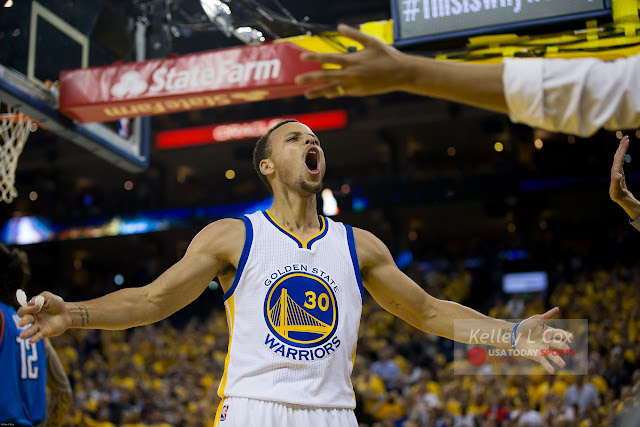 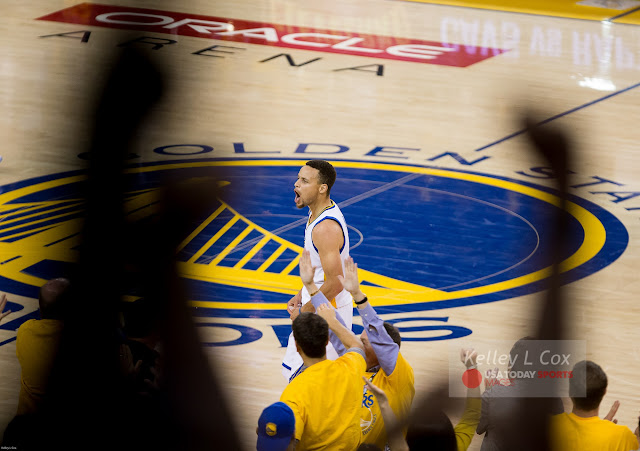 They will head back to OKC for Game 6... and hopefully win and then return to Oakland for potential Game 7 on Monday! 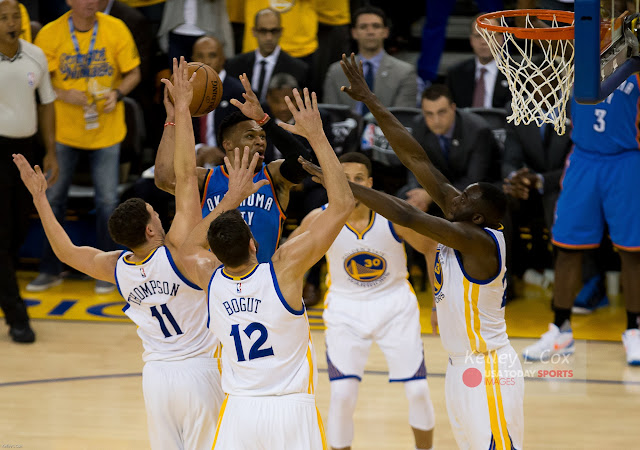