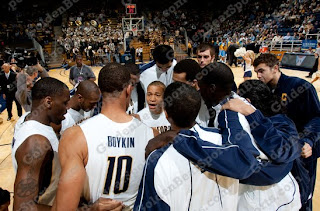 Rome talking to the team in the pregame huddle

What a bummer!! I was pretty amped for this game. Pac-10, remembered my batteries, was co-shooting with GBS photographer Michael Pimentel, Cal had a 12 point lead. That lead dwindled until it was gone, then we tied it up for OT. But couldn't finish the game. Some unlucky/poor calls. Missing Jorge and apparently Rome was sick. Let's hope Cal can fair a little better Saturday's game.

In great news, karma allowed me to slightly repay a favor. A pay it backwards of sorts. The photographer from the Daily Bruin forgot her card reader and with the same voice of desperation and embarrassment that I had Saturday, she asked to borrow my card reader. And I was able to say yes. Though a card reader is not as critical as a battery, still vital to producing images. Glad I could help!!

Some photos from the game: 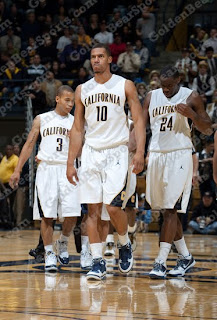 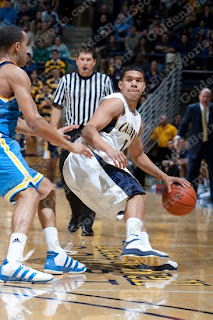 Pretty impressive that Brandon Smith can be a freshman and coach having faith to put him in with <2min in a critical game. He's about Randle's size, but like Randle doesn't let the big dudes boss him around when he's controlling the ball. 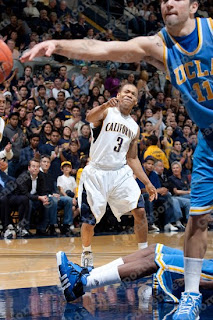 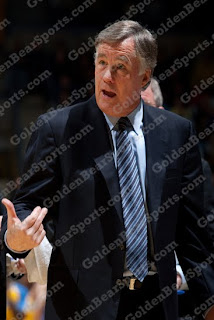 Referee's need to realize Montgomery has been in this game for a while and (ignoring that Warriors stint) pretty successful/knowledgeable. If you make a bad call, he won't be shy about letting you know. 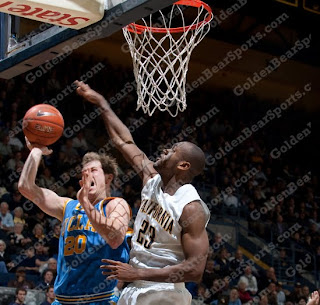 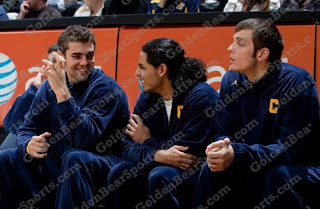 Good to see Jorge is alright, not a tore ACL like I had first heard (from the reliable sources of gossip of the VIP seat guys behind me). Should be back in 4 games.

For my full set of photos go to GoldenBearSports.com