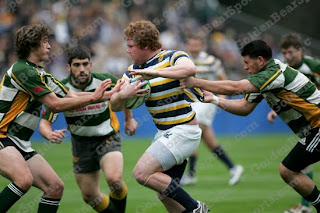 Though soccer is my favorite professional sport to shoot. Rugby and Men's Basketball are probably my 2 favorite sports to shoot at Cal. Today was a treat because I got to shoot both! 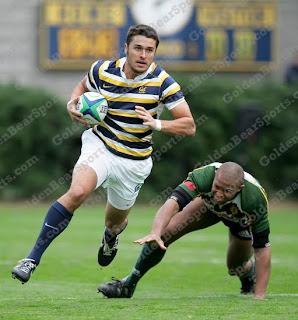 Rugby had their season opening game. I got to shoot with fellow GBS shooter Richard Ersted at Witter Rugby Field. Cal defeated Humboldt State and defeated them 152-0. Yes, no typos, 152-0. For those who don't know Rugby scoring it's very similar to American football. 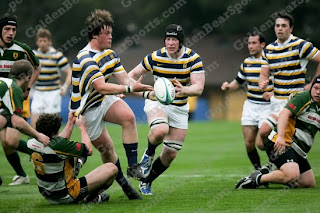 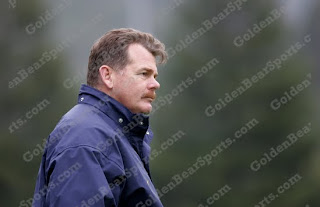 Cal scored 24 tries and converted 15 times, with ALL reserves playing the 2nd half, and without Humboldt State scoring AT ALL. 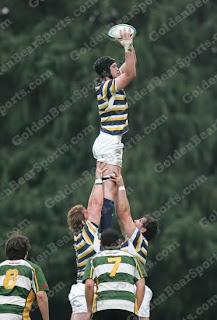 Rugby is one of my favorite sports to shoot for so many reasons, off the top of my head:
1) no timeouts or downtime
2) players don't wear big helmets or pads you can see their faces
3) they kick, tackle, pass, and also lift each other in the air to receive passes, it's incredible (and confusing for first timers) to watch
4) Cal usually wins... Head Coach Jack Clark's current record entering the season: 470-65-5... in 25 years as a coach, he has lost 5 times.
5) the reserve players who are not on the main squad are the ones paying their dues, handing out programs, hanging up and taking down the National Championship banners at EVERY game.
6) the players are "yes maam" "thank you sir" and epitome of gentlemen when they wear their sweaters... yet also are clearly completely insane and could bash their head through a wall and not feel pain.
7) they have parents who purchase photos! 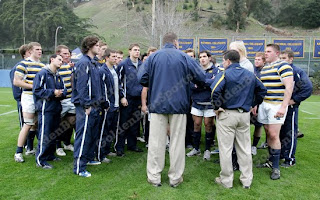 For my full set: http://www.goldenbearsports.com/albums.php?albumId=750&page=1 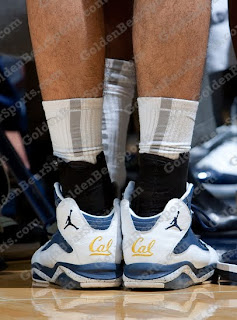 After a quick trip to Berkeley Bowl for a Burrito and a power nap in my car, I headed to Haas for Men's Basketball vs USC. Basketball is my favorite to shoot because you get to sit down, I use strobes, I always know what the weather will be like in the gym, there's a lot of excitement surrounding the game, every player has to be fit and capable at defense and offense, it's easily a street game, and considering my irrational opinion of what "tall" is (over 6'5") it's a perfect fit. Plus it's a great chance to catch up with some of the Bay Area shooters who I only get to see during football and basketball, like Contra Costa Times photographer Jose Carlos Fajardo, and AP photographer Ben Margot. 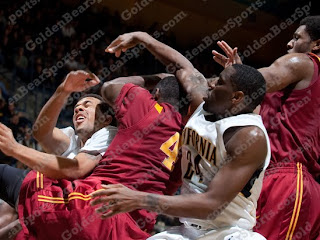 At USC 50, Cal 43 in the 2nd half, I was a little worried the story would end the same as UCLA on Wednesday. But Nikola Knezevic stepped up and guarded Dwight Lewis like nobody's business and after our 29-7 run, we finished top spot, ultimately 67-59. Unfortunately, Mike Dunleavy Jr's lil brother didn't make an appearance and Lil Romeo stayed on the bench. 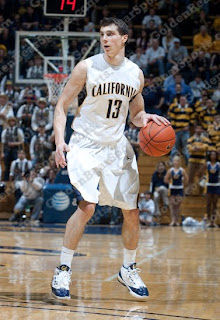 The highlight of the match for me was Montgomery. He is always lively to watch, but today was wonderful. Beyond his cursing, lecturing, arms folding, pants adjusting routine of usual, he jumped, clapped, screamed in celebration after Theo Robertson took a charge. It was awesome!! 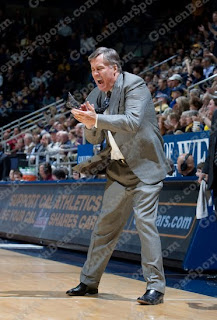 For the full set: http://www.goldenbearsports.com/albums.php?albumId=748

Though my night ended a little late, I really wanted to get these images up and update my blog. Thankfully a buddy from SportsShooter Academy, Cliff DesPeaux, was online to keep me awake by sharing some of the amazing work he's been doing with the Seattle Times. I am very jealous of him because he is working with Canon's new Mark IV... I'm looking forward to the day I am so "big-time" Canon comes out with a specific "left-handed" camera and I, lefty queen, get to test it out ;-)
at January 09, 2010
Labels: Action, Cal Bears, GoldenBearSports, NCAA