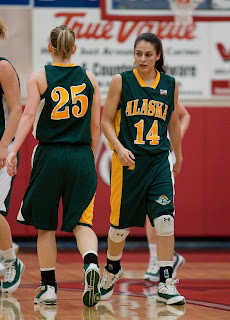 Go Turtle! Thursday I went to Monmouth, Oregon to photograph the University of Alaska Anchorage Seawolves Women's Basketball vs Western Oregon University. Or rather, I got to see my buddy Turtle, Tamar Gruwell, play basketball. 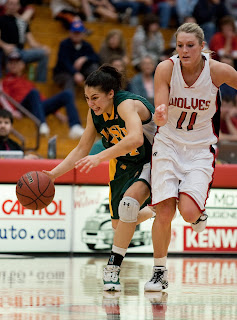 Tamar is my bestest buddy from high school and a superstar of a basketball player. She took Vaca High to the state championship. I went to her games in high school and while she was at Sierra but had yet to see her play for UAA. The game closest to San Francisco was in Monmouth, Oregon... about 20 min from Salem. That correlating with her birthday on the 16th, I thought I'd try to surprise her. And I sure did! 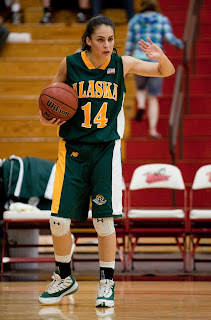 As she was running into the locker room from warm ups I waved at her and she gave me this horrified and confused look of "whaaaaaat?" haha, it was great! 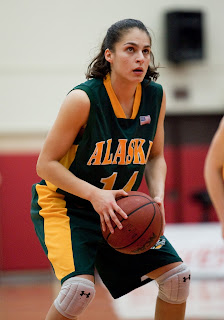 The best part was they won the game! It was neck and neck the whole time and UAA had been down 56-60 but then they tied it up at 60-60 with 31 seconds and Tamar got fouled away from the ball and had to take 2 free throws. She shot them without nerves as if she knew she had it made, not as though the game was more or less dependent on whether she made it. She, of course, made both and the game ended 62-60!! What a stud! 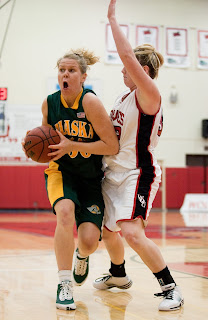 I also got to meet her Swedish friend Hannah who's her closest buddy, and speak a little Swedish, yay!! She is apparently queen of silly faces on the court =) 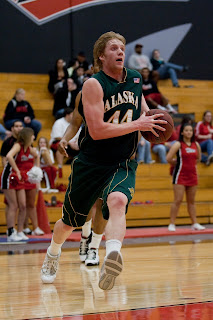 I had agreed to shoot the UAA men's game afterwards as well and Tamar went up and talked to my parents. They discovered we were both staying at the Phoenix Inn in Salem. What are the odds?! So after their team dinner we tried to meet up and hang out at the hotel. But after going to each others rooms we realized they were at South Salem Phoenix Inn and we were at the North Salem Phoenix Inn, ha! 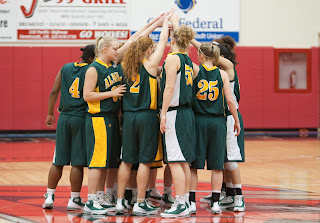 Was great to see my buddy and watch her kick butt! Hopefully she goes pro in Sweden or Spain and I can go visit her there! =)
at February 20, 2010