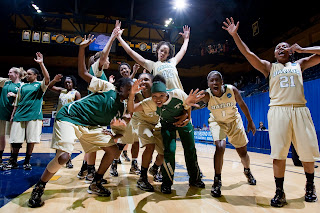 Yikes! My apologies to the two people who read this blog, I haven't updated in quite some time!! 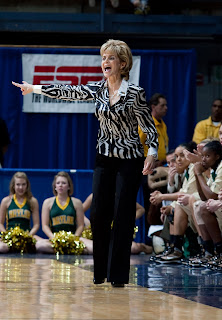 I ended up being very fortunate and getting a chance to cover Women's NCAA Tournament for the regionals at Berkeley. On Friday I photographed Fresno State's practice, on Saturday I shot for Marist (vs Georgetown) and then Fresno State (vs Baylor). Unfortunately both of the teams I was covering lost so I thought my weekend was over. But then Baylor asked Herb if he knew of any photographers who could cover the second round game for them, and he forwarded her on to me! It worked out great and I'm so thankful for him passing on my name. 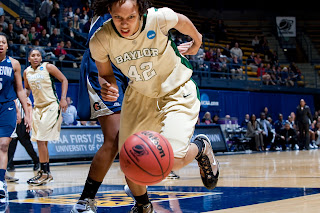 For those who don't kno, Baylor has the famous, or maybe infamous, Brittney Griner. Brittney is a 6'8" player, with 88-inch wingspan who gained fame in high school for a youtube video of her dunking. 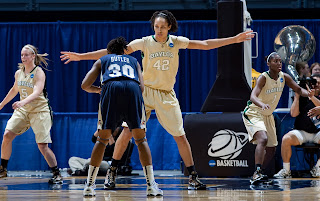 This season she gained a little more notoriety after punching a girl in the face during a game. 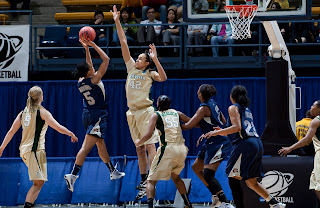 I must say, watching her play, is exciting. She plays like a boy, and that's a compliment. She is tough, tall, and aggressive. At the same time, during the post game press conference she comes off as shy and almost timid. 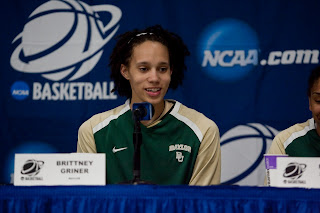 What's crazy is, she got into some early foul trouble in the first half and didn't come back. She ended up being on bench almost the whole first half, and it was as though Georgetown had put their mental game into blocking her, that with her out, they didn't know how to stop the rest of the girls. To make matters worse, Brittney came back for the second half and ended up with 14 blocks, NCAA record. So loco! 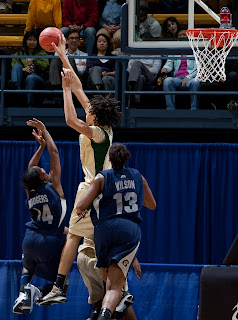 AND SHE CAN DUNK! She didn't dunk during the game but she did during warm ups. I am so excited to watch her career develop, I think she might be what it takes to popularize woman's basketball...that is, if she doesn't find around the rules to play in the NBA =) 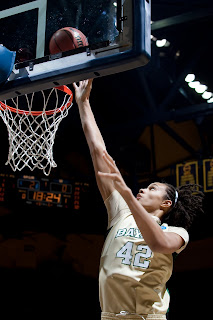