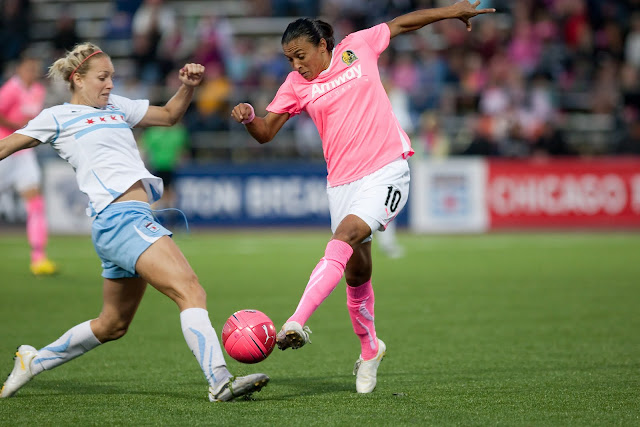 Another exciting WPS game. Though the score doesn't really reflect how exciting it was. Gold Pride got a lot of good looks and one goal went in from a Shannon Boxx header to Christine Sinclair, but it was unfortunately disallowed. 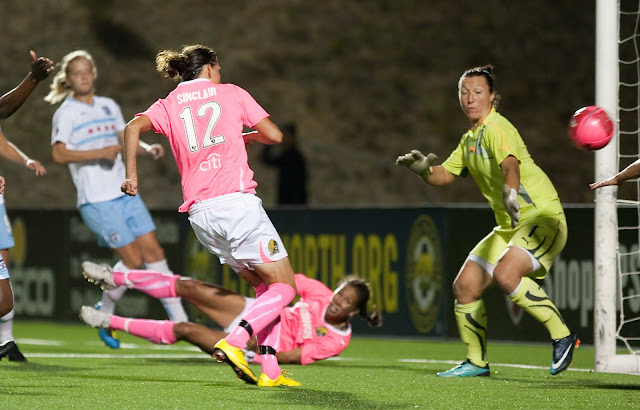 This game was part of PUMA's Project Pink, Think Pink Breast Cancer awareness so Gold Pride, if ya didn't notice, wore pink jerseys, pink socks and even played with a pink ball! 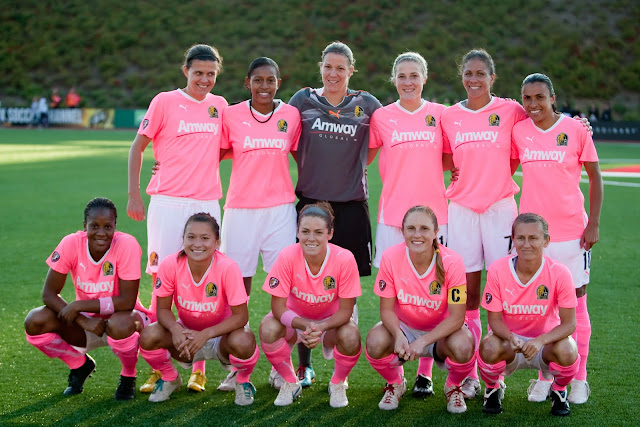 And I was given one of those rubber bracelets, it's pink and it says PRIDE... and we know how much I love free stuff! 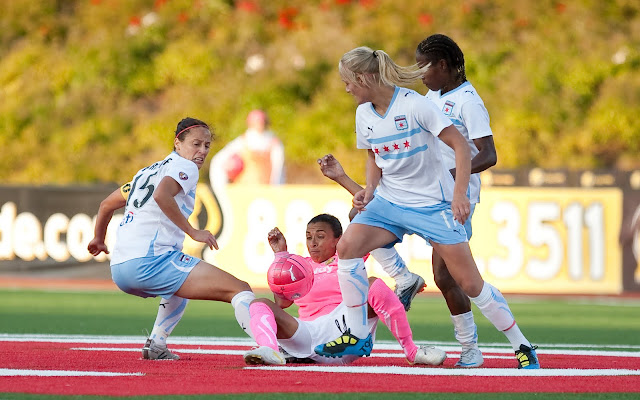 The most awesome thing about Project Pink, not only are 100% of the profits from sales of pink jerseys, balls, bags going to the breast cancer charity with the most votes...but from July 31st to October 18th, PUMA will donate an additional $1 to the Project Pink cause for tweets which include "#projectpink" one tweet per one user per day. So let's all try to remember to tweet #projectpink! 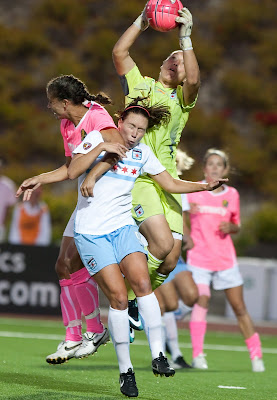