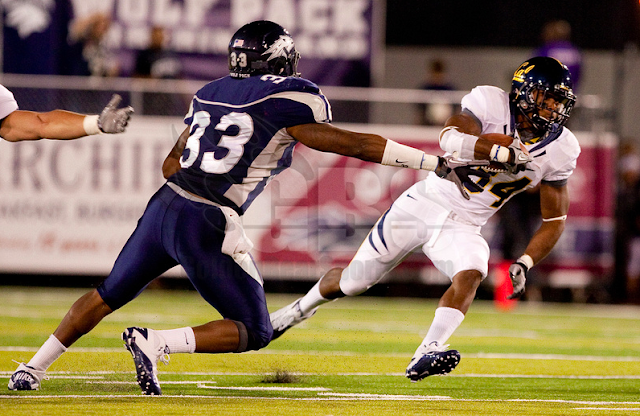 As blog readers know, I headed up to Reno via train for the Cal football game at University of Nevada Reno. Was a pretty rough 52-31 win for UNR. 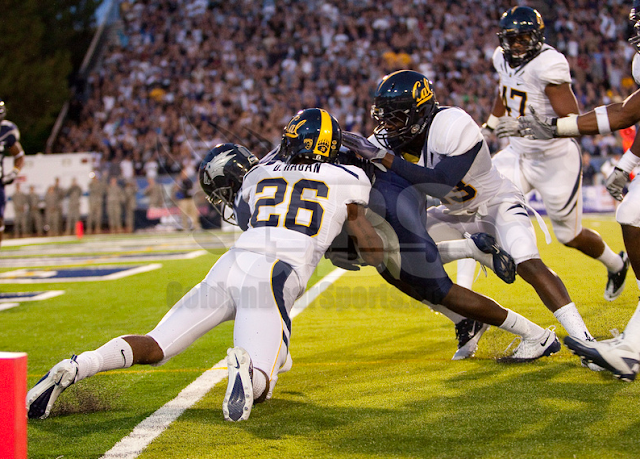 Interesting anecdote, when arriving at the stadium with the team, I asked someone with the UNR staff whether there was a photo work room, or if I should go up in the press box with other media. On his radio, he asked his supervisor "Is there a place for the Cal photographer?... Do you still call them photographers if they're women?" So to clarify in case anyone else was wondering, yes, I refer to myself as a photographer, not a photographera. 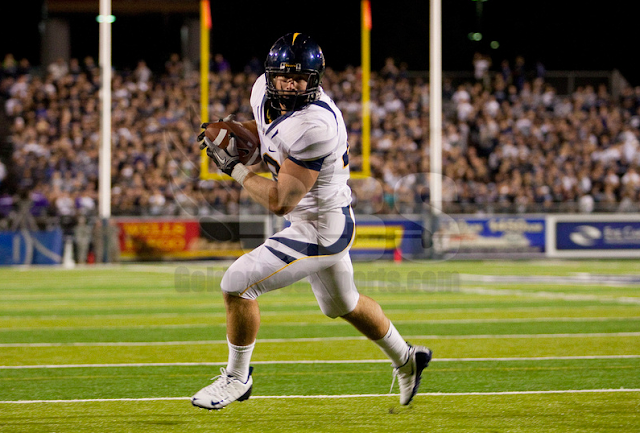 One play, Marc Anthony forced the fumble on Rishard Matthews but it was ruled that Matthews recovered in the endzone, and it counted for a touchdown. Was still a cool series though. 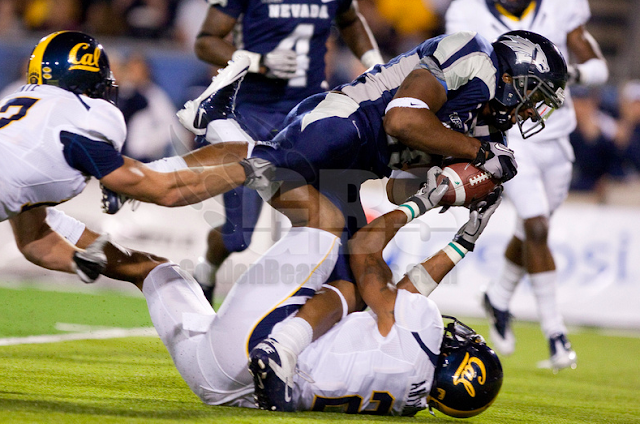 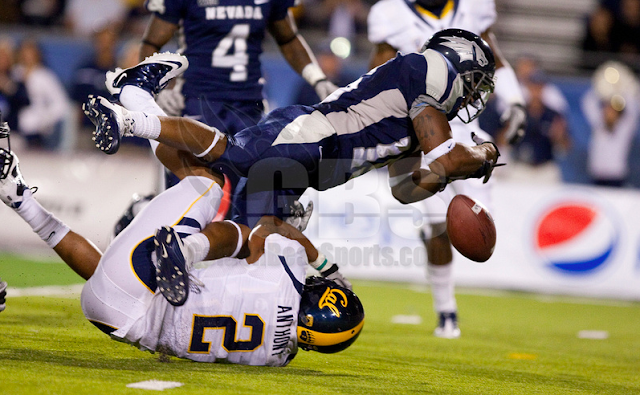 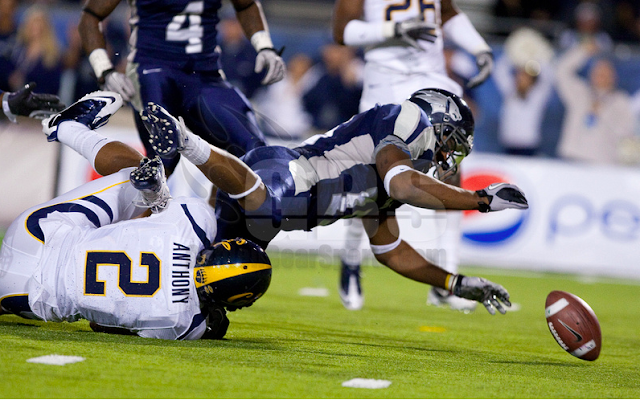 The positives from this game, Shane Vereen and Marvin Jones had great games! 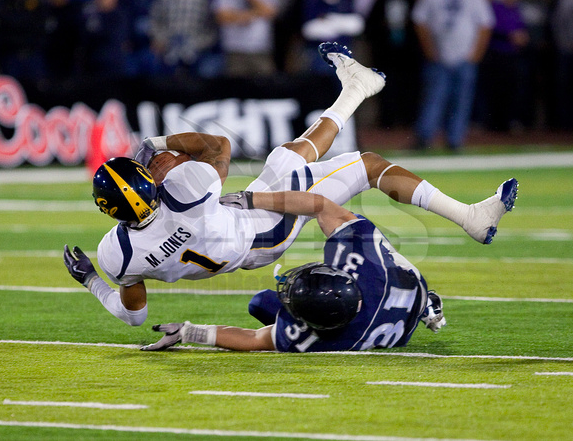 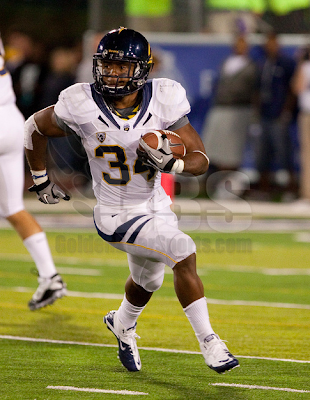 Another highlight, I was able to visit with some friends and family in Reno. This is the third time traveling with Cal has sent me to places where cousins live. There was the Bell Helicopter Armed Forces Bowl game in Fort Worth where I visited my cousin Lindsay. Then the Washington State game where I was able to visit my cousin Sarah who lived a block away from our hotel in Moscow, Idaho. And now my two cousins Matt and Arinn in Reno! Maybe Cal will play in Hawaii so I can visit my Aunt Rupa =) 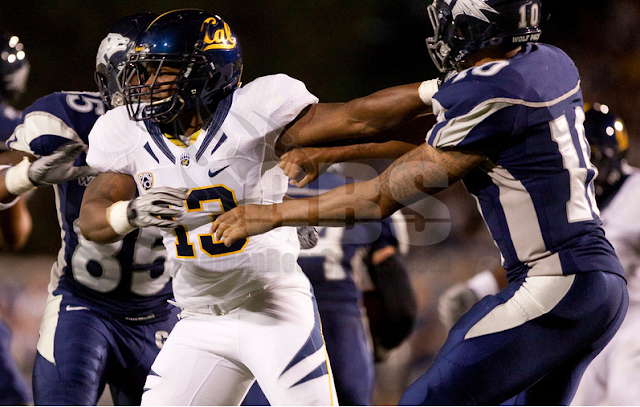 All photos up at: http://www.goldenbearsports.com/2010-2011/football/vsnevada
at September 22, 2010
Labels: Cal Bears, GoldenBearSports, NCAA