Cal Football played Washington this weekend to fight for a bowl game. Whichever team lost was going to be eliminated from bowl eligibility. Unfortunately, that team was Cal. 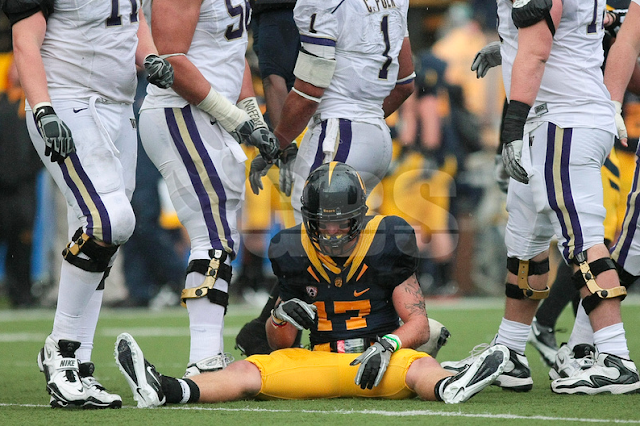 There was a great Washington fumble that D.J. Holt was able to land on. Unfortunately, the next play put the ball right back into Washington's hands. 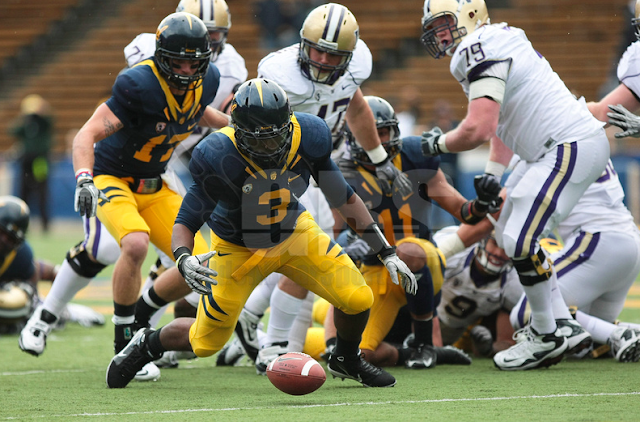 The first half was 0-0 until the last seconds with Giorgio Tavecchio lined up for a 54 yd field goal. And he made it! After knowing the heartache he must have went through after Oregon, it was awesome to see him have this hero moment. 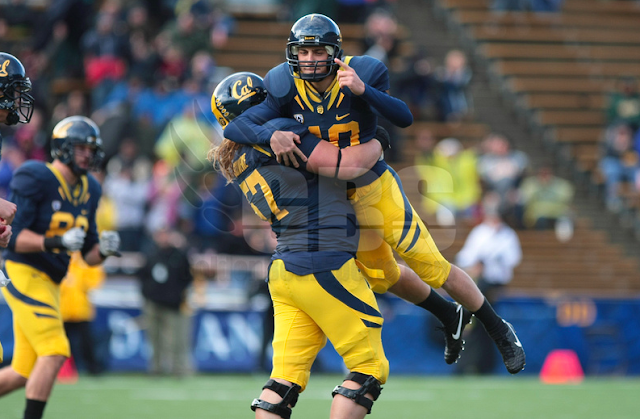 Second half had some more action, Mike Mohamed sacked the quarterback and forced the fumble. 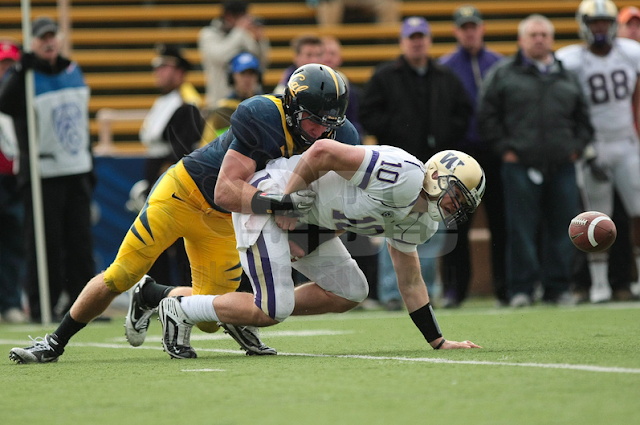 Which was picked up by Cameron Jordan for the touchdown. 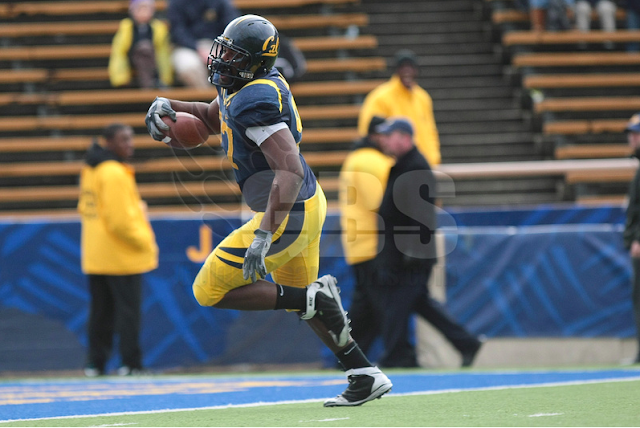 Second half also had some rain and hail! Cal put in a great effort and was ahead 13-10 at the near end of the 4th. But Washington got down to 1st and goal. Cal defense did an amazing job of holding Washington. That left it at 4th and 1 with 0:02 left. Washington Coach made a bold call to go for touchdown for the win as opposed to field goal for the tie to send it into overtime. Either he has zero confidence in his field goal kicker (and worried a Boise State vs Nevada situation) or he has a LOT of faith in his offense. Regardless of the reason, it was the right call and Washington snuck in the end zone for the win. 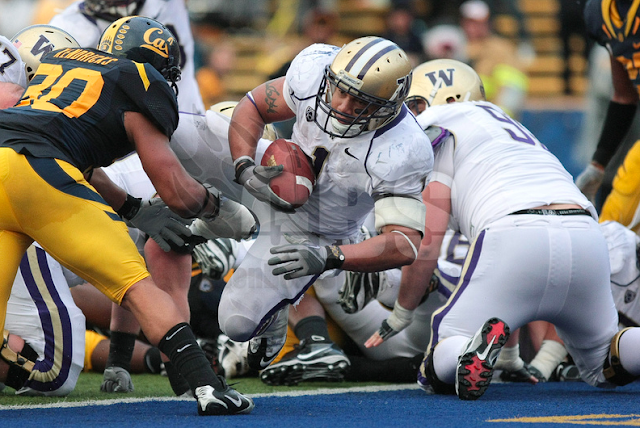 Regular blog readers might recognize these people even though they've missed the last few games. 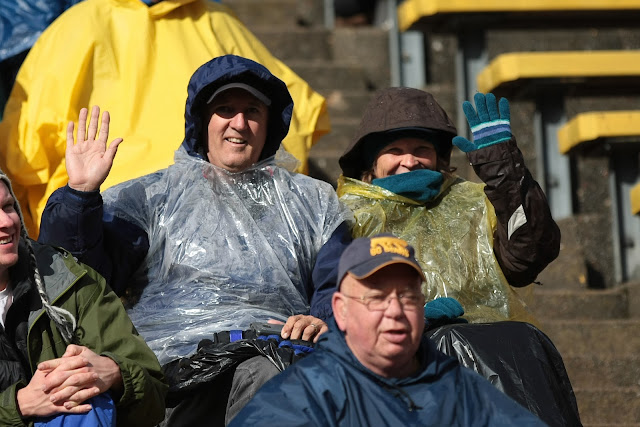 This was the last home game at Memorial Stadium as it is. The stadium is receiving a major renovation next year while Cal plays at AT&T Park and will be re-opened for 2012! Goodbye lovely photo work tunnel 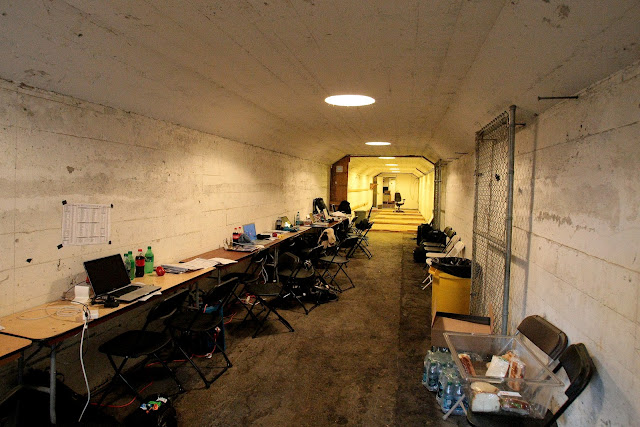