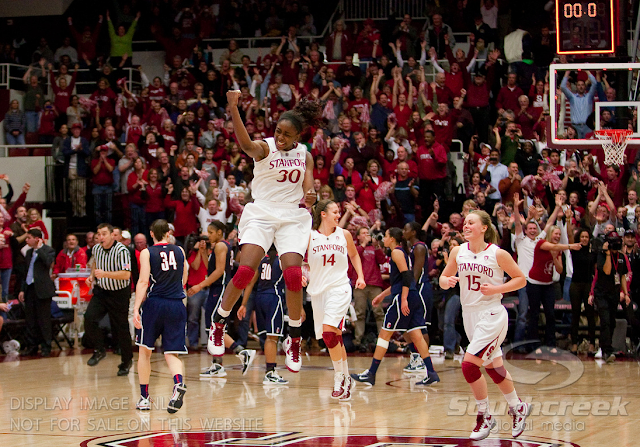 Ladies and gentlemen, the streak is over. 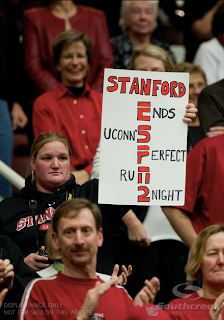 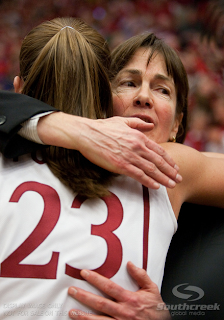 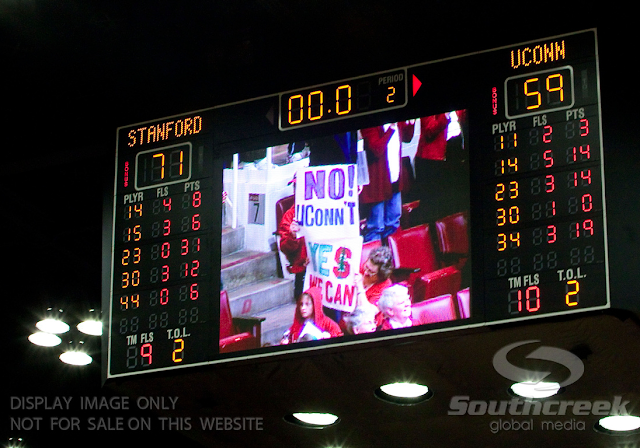 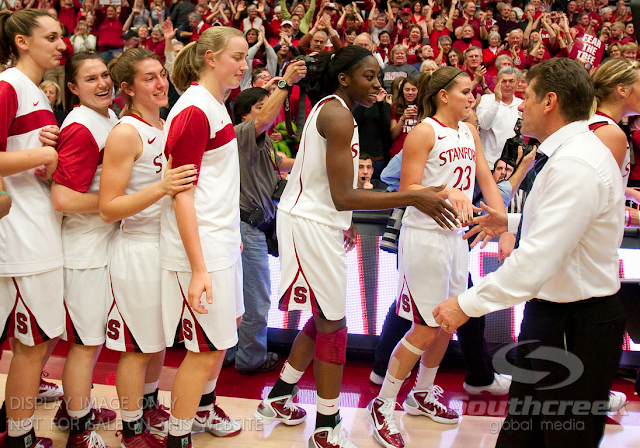 Having a feeling Stanford was going to pull it off I shot UConn the first half, then Stanford the second. And I was right! 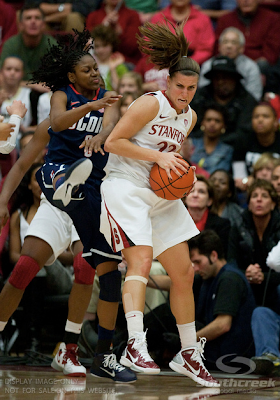 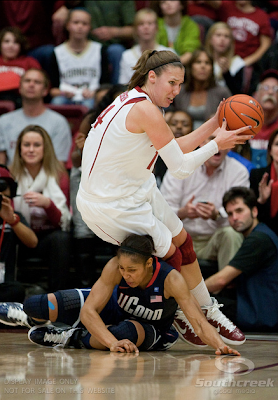 I also had a feeling Stanford fans were going to rush the court... but I was wrong. With students gone for the holiday break, the fans at Stanford weren't exactly the type to rush anything. But with a sold out crowd, they certainly made a difference! 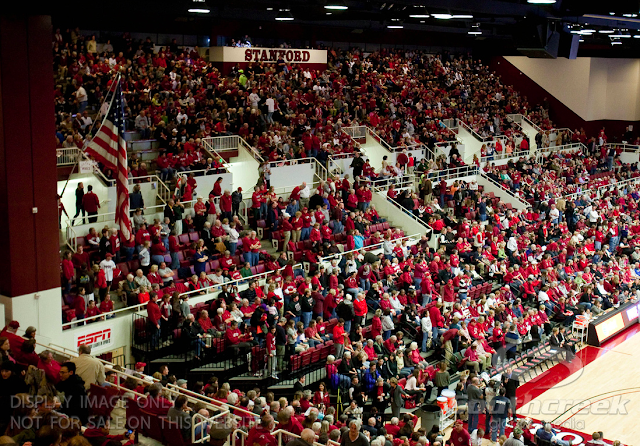 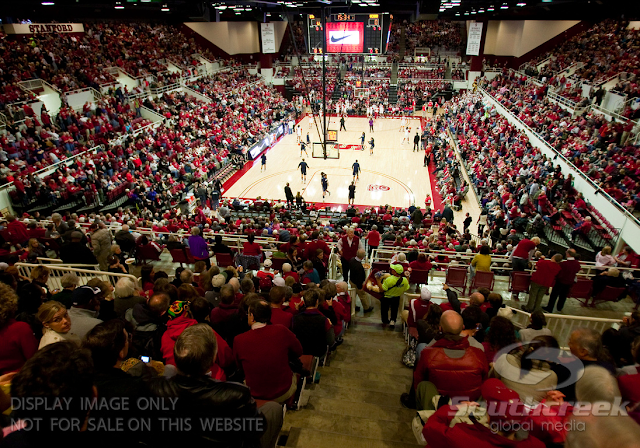 I feel so happy thinking about how happy the Stanford players must be! 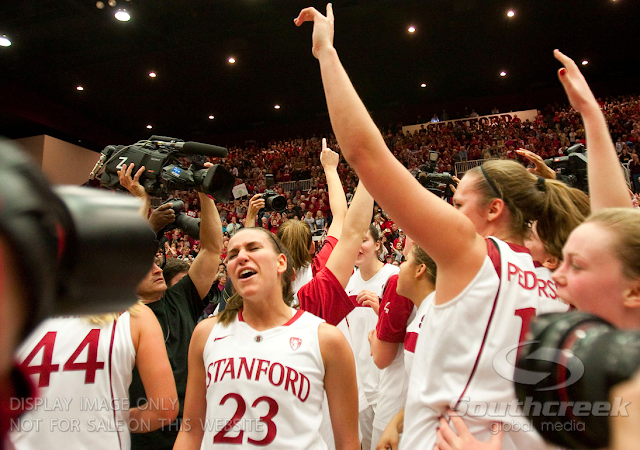 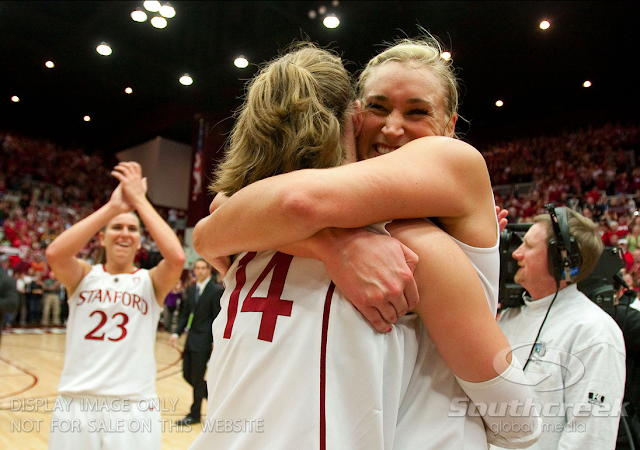