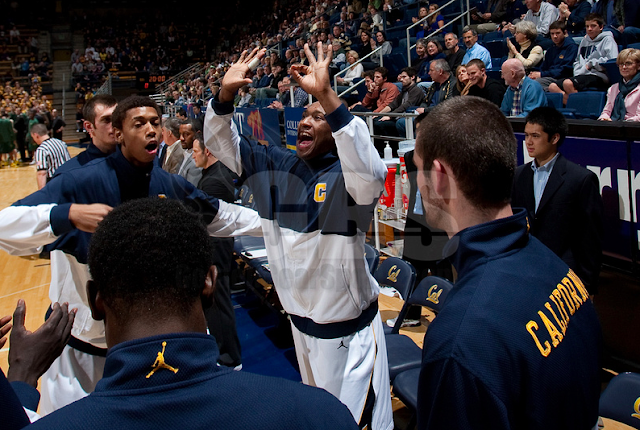 Headed over to Haas Pavilion for Cal Men's Basketball vs Oregon. 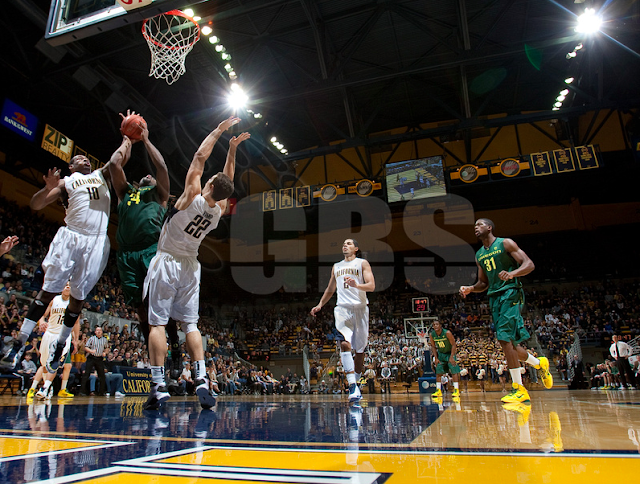 Though Oregon beat Stanford on Thursday, they couldn't sweep the bay, and fell to the mighty Golden Bears 85-77. 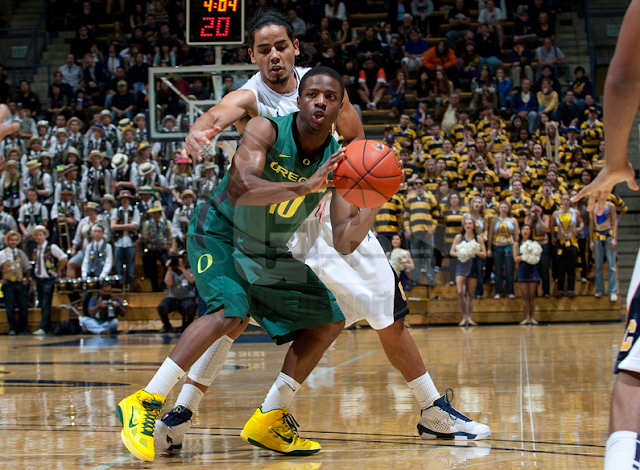 With school being back in full force, there was great student section representation. 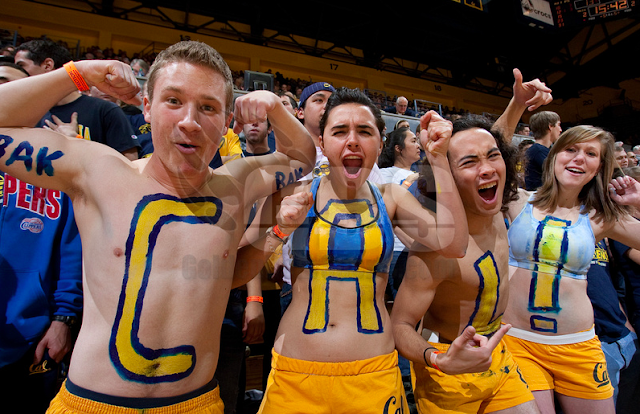 And also some familiar faces. With a week-long break from his Turkish team, former Cal Basketball player Jerome Randle came to watch his old teammates. 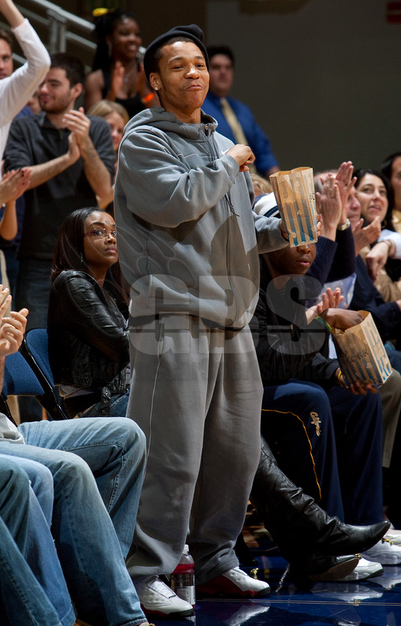 Across the country it was Sneakers & Suits Day for Coaches vs Cancer. 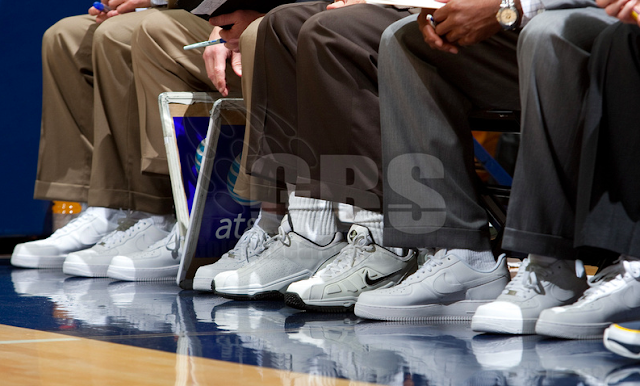 Allowing Montgomery to get a little more height on his jumps ;-) 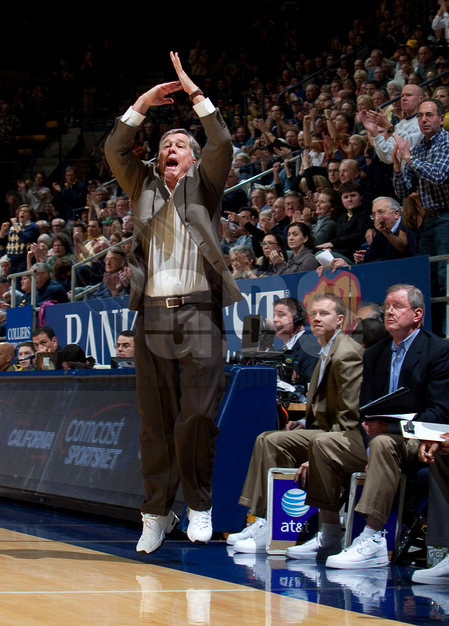 Though perhaps not as much as Jorge Gutierrez against Jay-R Strowbridge. 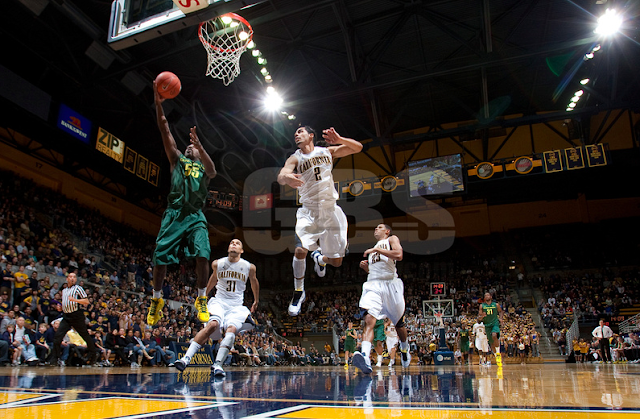