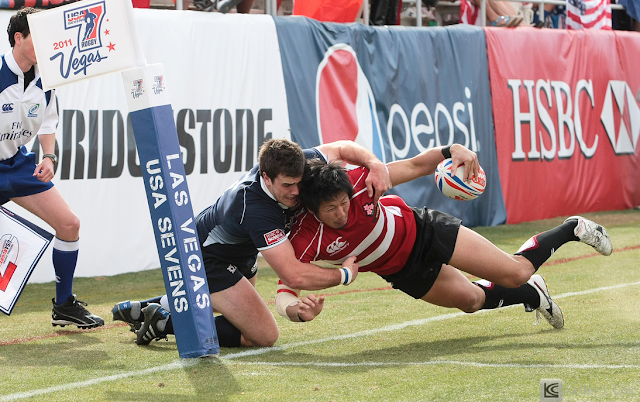 Apart from the USA games and the Cup Final, I'm putting all the other rugby matches I covered into one big post. What an exciting tournament! 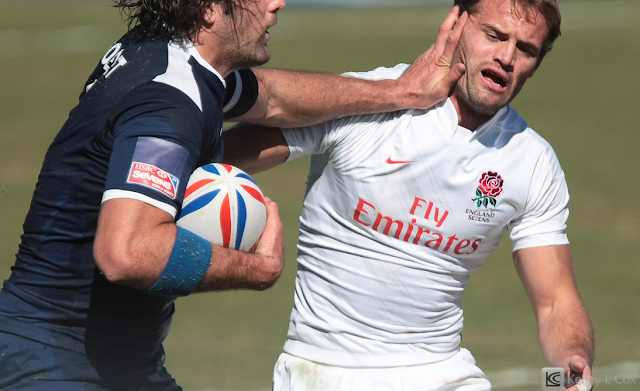 The "normal" 15 players rugby, aka rugby union, is a very thrilling sport, and rugby sevens is no different. 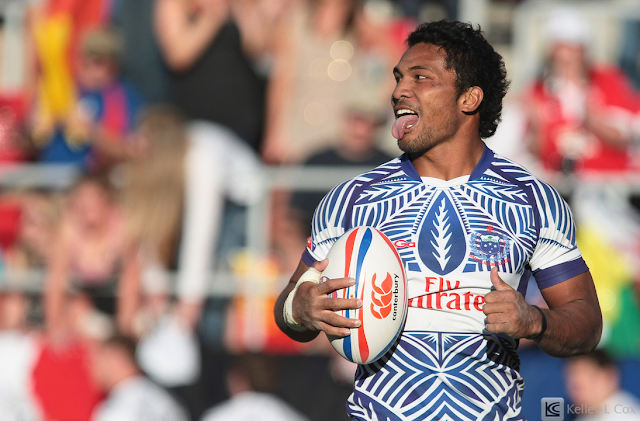 It's exciting because it's only seven minute halves (compared to forty). Conversions are dropped kicked (compared to place kicked). Three player scrums (compared to eight) and the team who scores subsequently kicks off to the conceding team. The difference in play, from my view, is there are fewer defenders, so missed tackles are unrecoverable, and a quick runner who can break away, can be unstoppable. 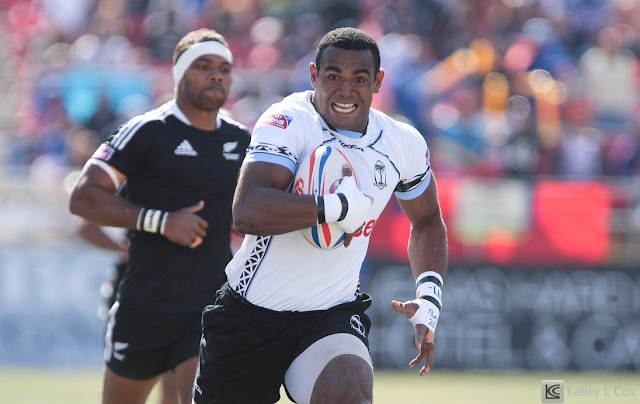 There also seems to be more lateral passing. 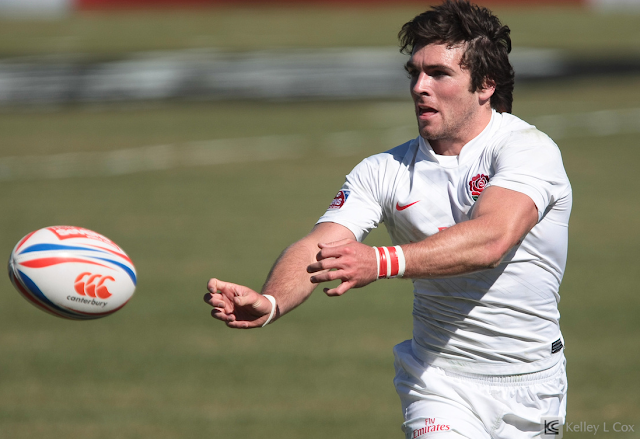 Though rugby union was eliminated from Olympic competition after the 1924 games, rugby sevens was voted into olympic games in 2009 and will makes it's debut in the 2016 games. So exciting! 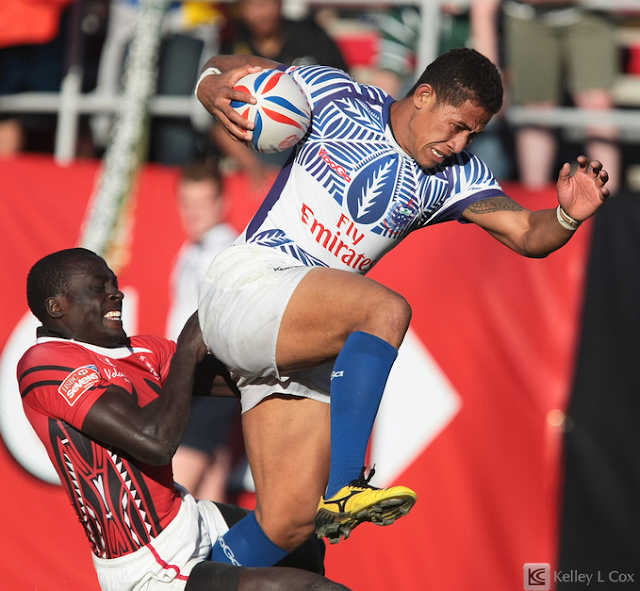 Being a fan of soccer, I like the set up of having a club team as well as an international team. 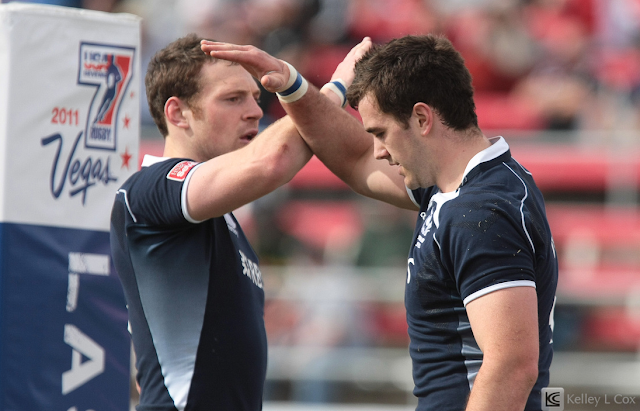 Though the uniform kits are obviously different in design, I like that Argentina still has those famous baby blue and white stripes as their soccer team. 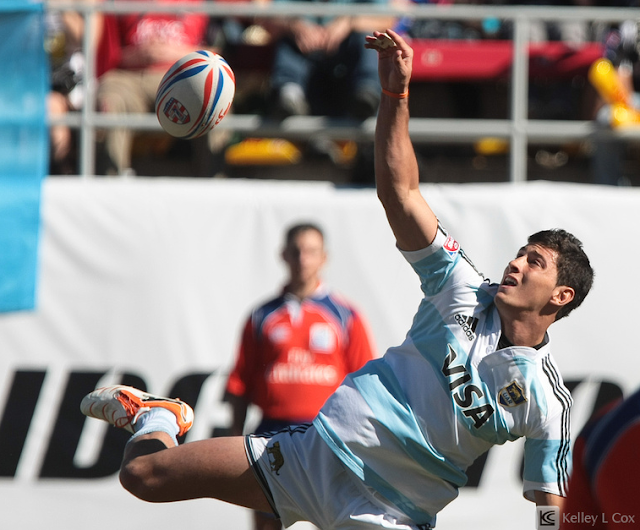 Conversely, New Zealand's rugby team is officially called the "All Blacks" and the soccer team the "All Whites" Though their kits are similar, the names are different due to a FIFA law that reserved the black stripe for referees, so as a play on words, soccer became the "All Whites". 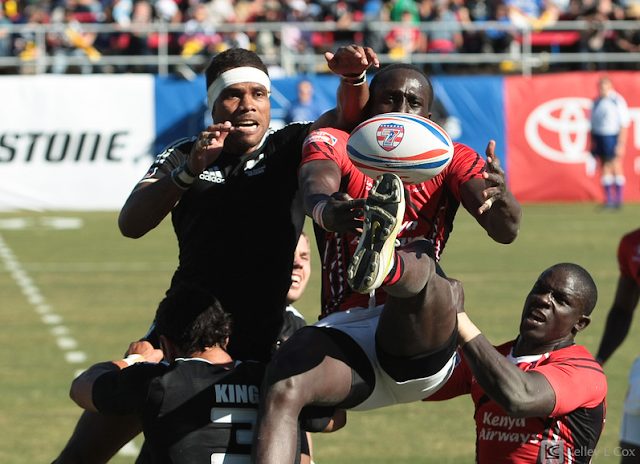 Since my family recently returned from a trip to New Zealand with my aunt, uncle, sister and her Kiwi boyfriend, and brought me back an "All Blacks" pen, I was very exciting to catch them live! 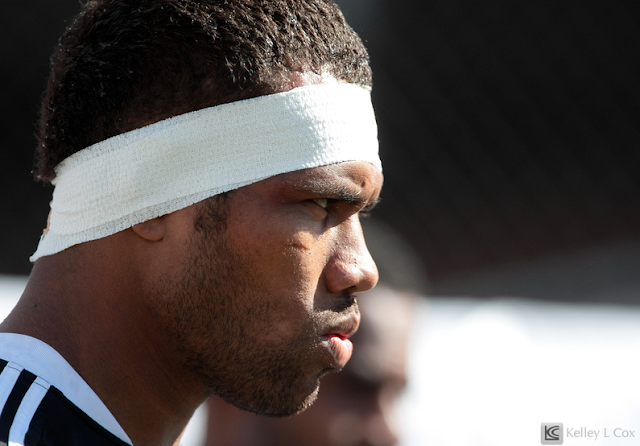 Though it appears another photographer cheering for Kenya over New Zealand. 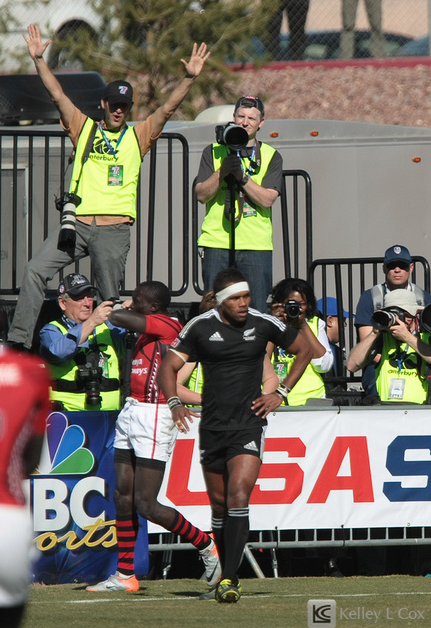 I consider rugby an incredibly masculine sport considering the pad-free tackling, frequency of bleeding, and the general "beast mode" of the players, but that's not to say it's a man's sport. 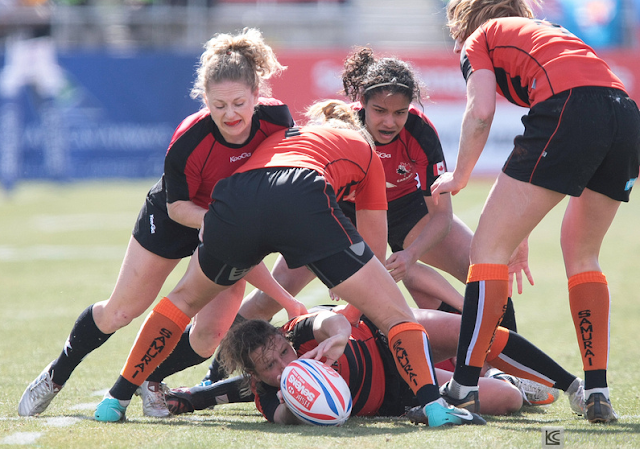 Yeah, Canada vs the Netherlands in the women's final, throwing up the stiff arm, you go girl! 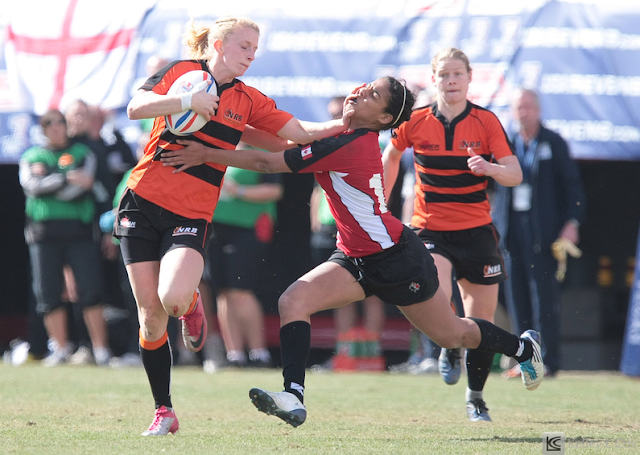 And of course, no sport is complete without cheerleaders. 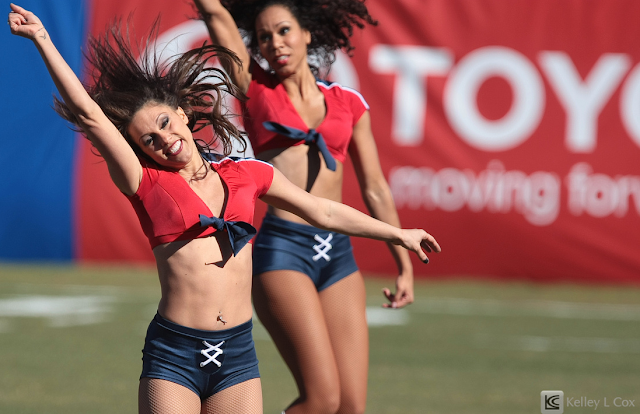 All in all, an awesome tournament!