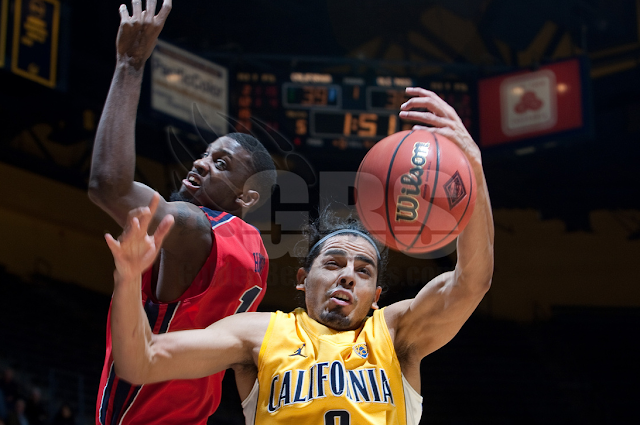 Headed over to Haas today for Cal Men's Basketball against Ole Miss in the NIT, National Invitation Tournament. Though neck and neck for a while, Cal pulled away for the 77-74 win. 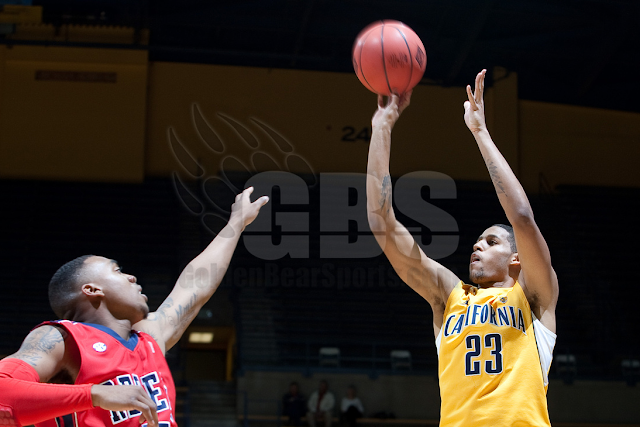 And my brother was playing for Ole Miss...ok maybe he's not my brother. 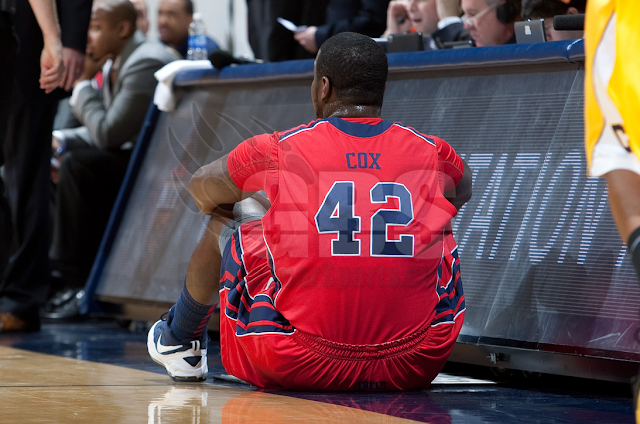 Unfortunately Markhuri Sanders-Frison was out with a shoulder injury. But present in paper form to intimidate players at the free throw line. 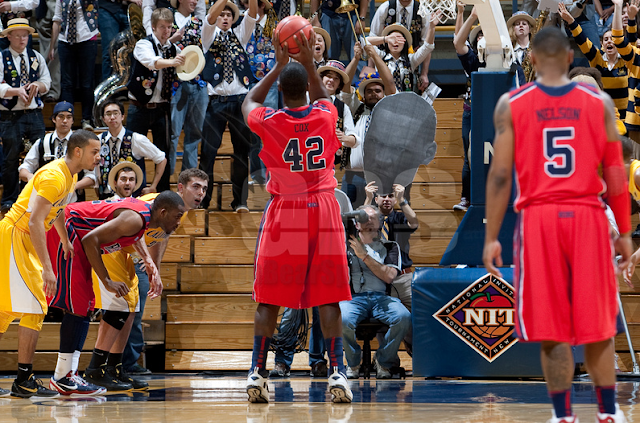 Apparently Harper Kamp had the flu and this morning was hooked up on IVs and was throwing up... felt a little better by noon... then played in the game at 6pm! Wow! 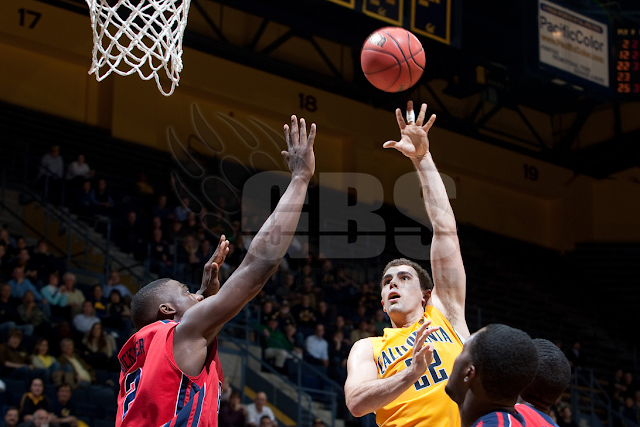 Jorge Gutierrez and Allen Crabbe stepped up in this tough situation. 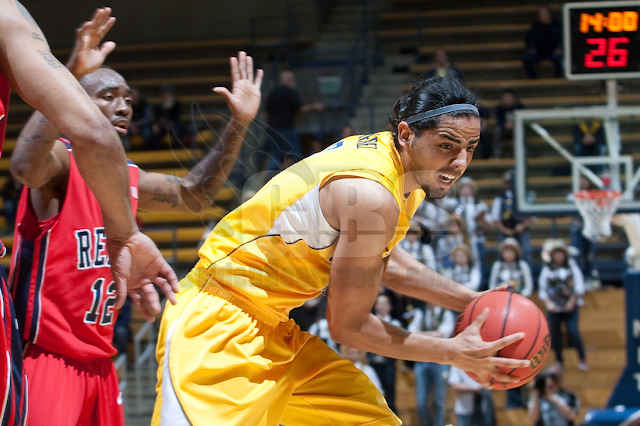 I'll normally shoot a press conference in pre-season to have some shots of Mike Montgomery with Cal Pac-10 logo behind him, then am set for the season, especially since photographers are moved into a separate room from the reporters. Decided to stop by the room after tonight's game in case there was any special NIT signage, and yup, glad I did! 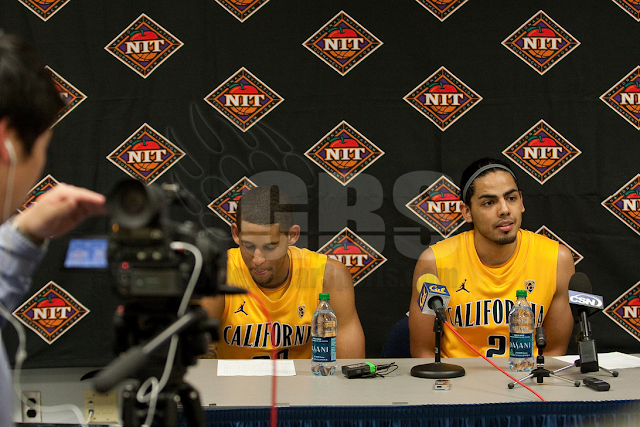 Cal will face one of next year's Pac-12 opponents Colorado on Friday. Good luck bears!