Headed over to Maples Pavilion today for a random Tuesday men's basketball game between the Stanford Cardinal and the Seattle Redhawks. 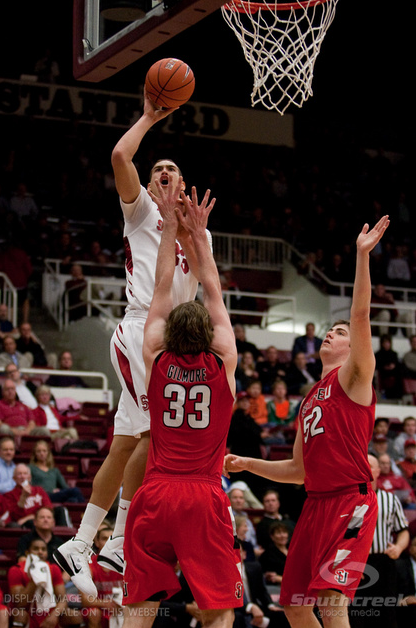 After a close 28-27 halftime score, the Cardinal defeated the Redhawks 77-66. 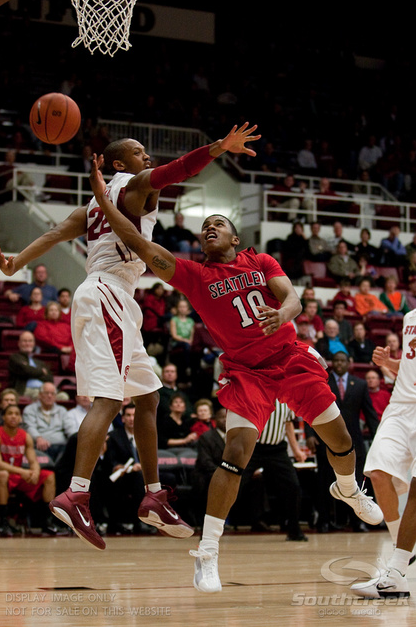 Jeremy Green had a nice accidental elbow on Garrett Lever. 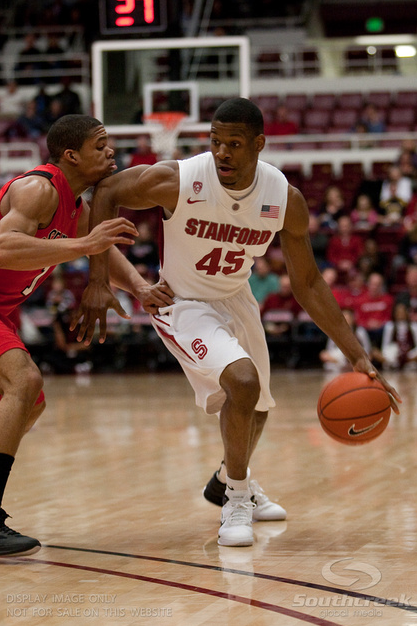 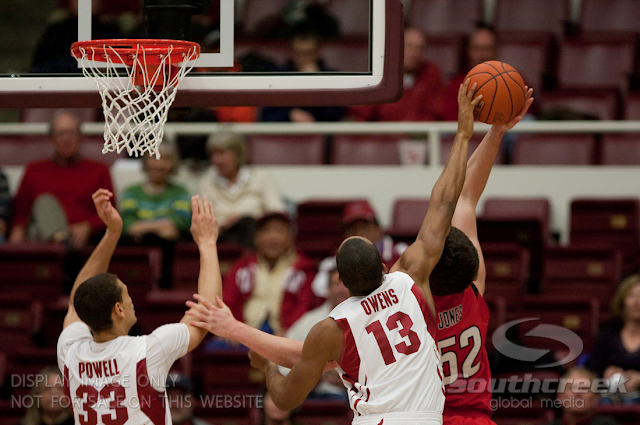 And I liked this framing of Aaroun Broussard between the arms of Jarrett Mann on the inbound pass. Peek-a-boo! 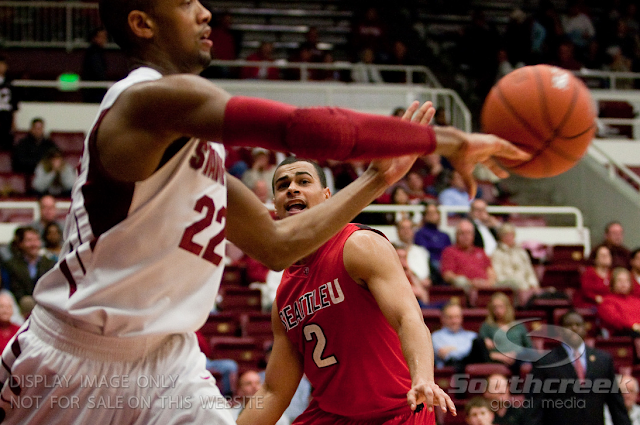