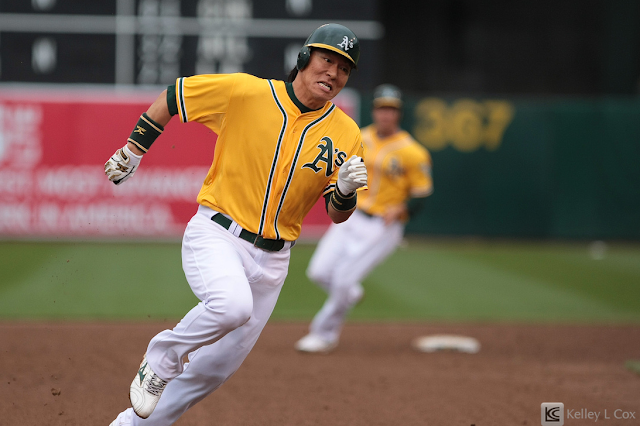 Headed over to the Coliseum this morning for a 12:35PM game between the Boston Red Sox and the Oakland A's. 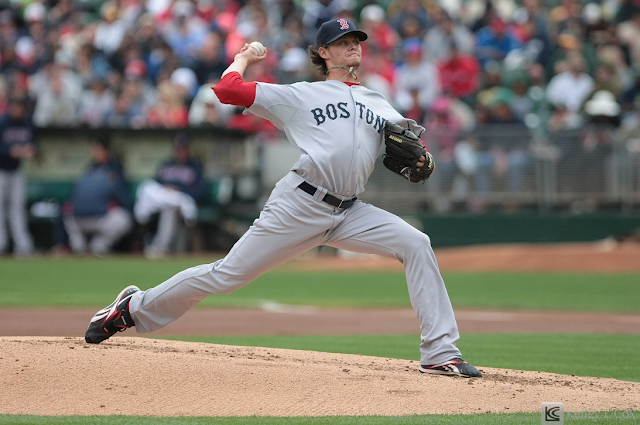 When I checked the weather yesterday, it said it would be rain in the morning and clear skies by the afternoon. With a fairly dry morning (I left my apartment just before 9am) I thought I was in the clear. A small drizzle faded away and just before game time one of my photo buddies Jed Jacobsohn teased me for having my rain gear on my camera. I explained the more prepared I was, the less likely the rain, but took it off... then it starting raining. Jinxed! 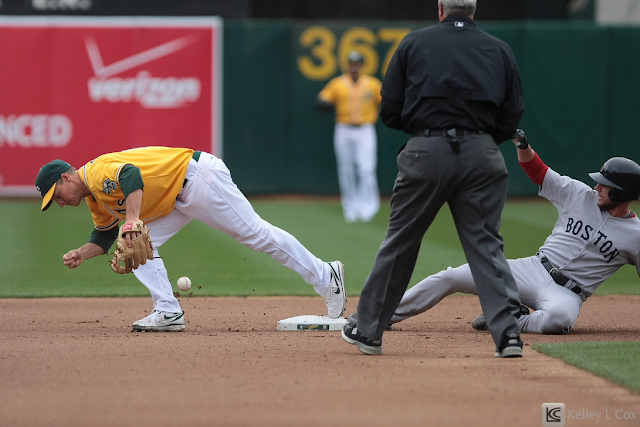 Coco Crisp started off A's in the first at bat with a home run for the A's... and that was their only run until the 8th inning. 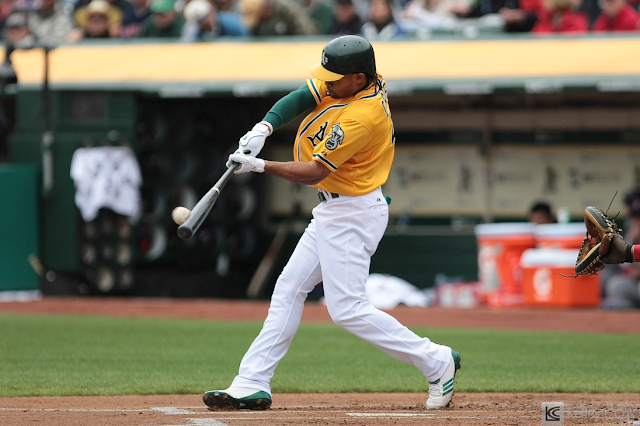 Kevin Youkilis had an interesting flamenco-like stance when at bat, but it worked for him as he hit a home run. 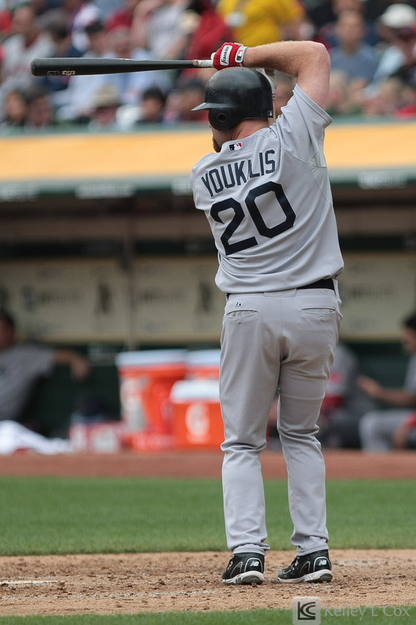 5-2 bottom of the 9th, and Hideki Matsui was batted in. 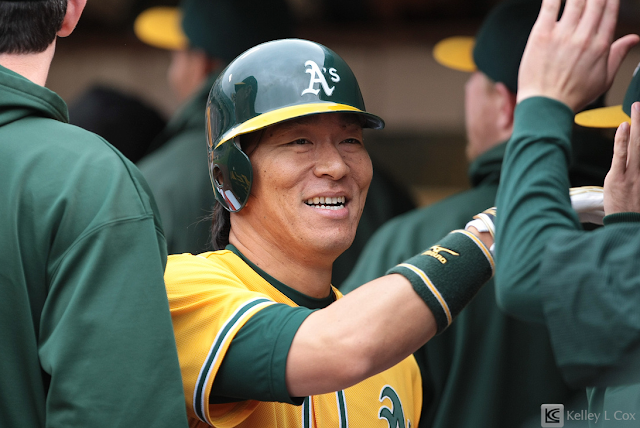 But they were unable to add to the count and the Red Sox defeated the A's 5-3. 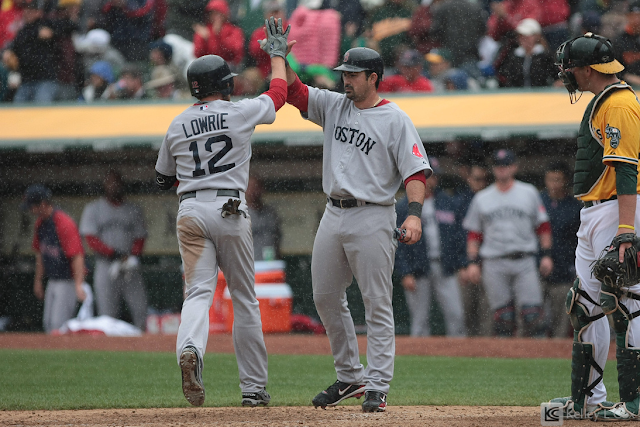