The Nuggets Defeat The Kings 99-90 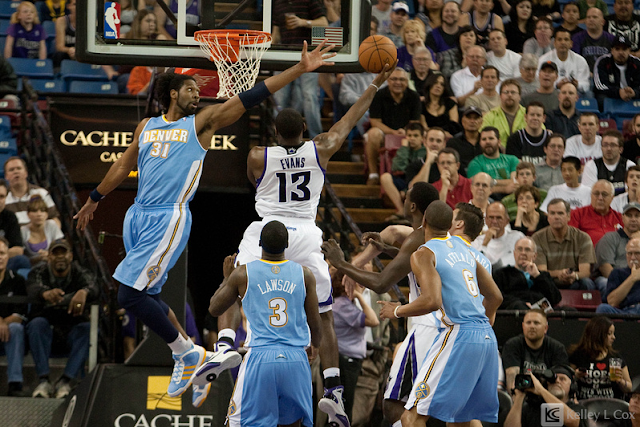 Headed over to Arco Arena today to shoot the Sacramento Kings vs the Denver Nuggets for US Presswire. 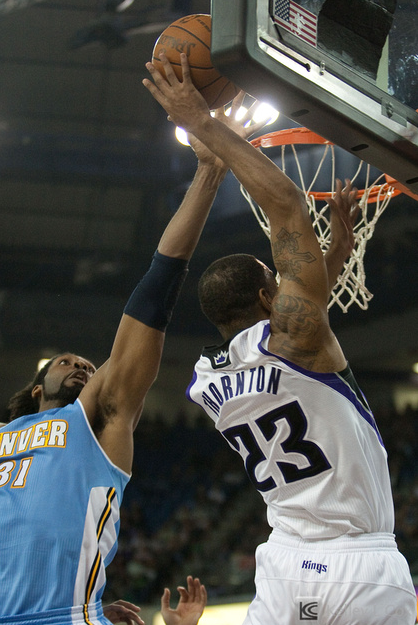 When I first told my sister I was shooting an NBA game this Friday, she asked if maybe they were playing an April Fool's joke on me. No April Foolin here!! 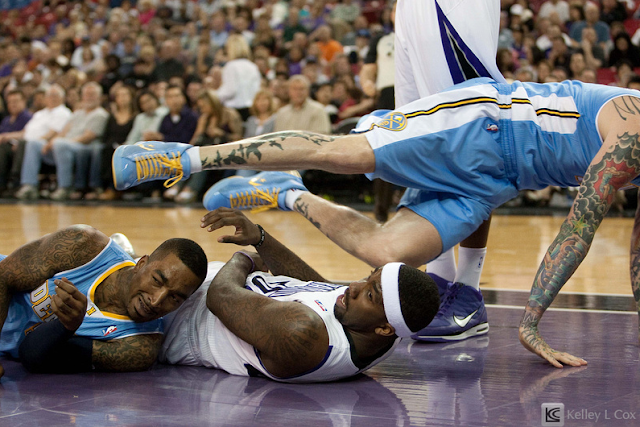 That's the other exciting news I was talking about at the end of my Giants vs A's post. For US Presswire, I'll be shooting MLB, NBA, and lots of cheerleaders, as there's a whole gallery dedicated to them ;-) 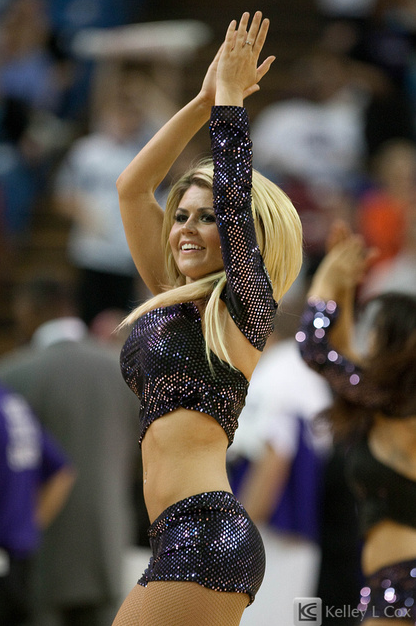 This will be my first and last NBA game of the season, but sadly I think it will be one of the last Sacramento Kings games ever, as the Maloof brothers plan to move them to Anaheim. It seems all too appropriate to capture this moment of Francisco Garcia before the game. I don't know what the ad was for, but I do hope for a bold vision and bright future for the franchise! 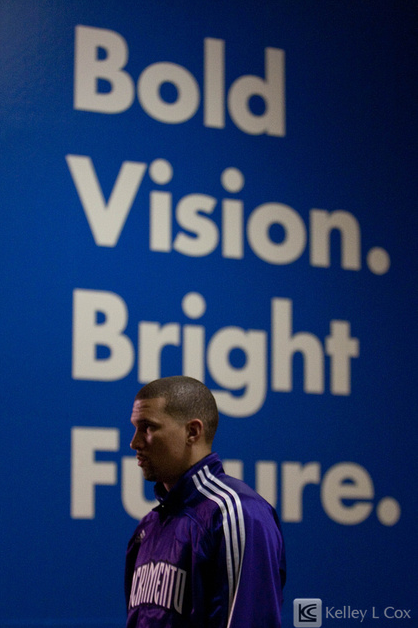 Anyways, it was great experience to shoot NBA. They are a lot bigger and move a lot faster than college. I found myself frantically trying to follow the action as players can shoot wide threes but also drive in with two giant strides. 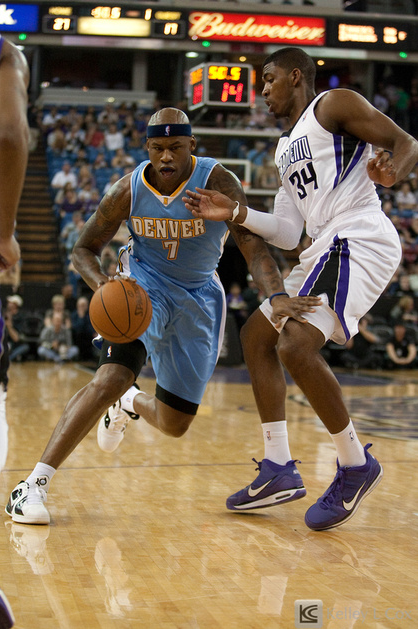 Despite the Kings (technically my "home" team growing up, I had the Peja Stojakovic stacking doll haha) losing. It was an exciting game! 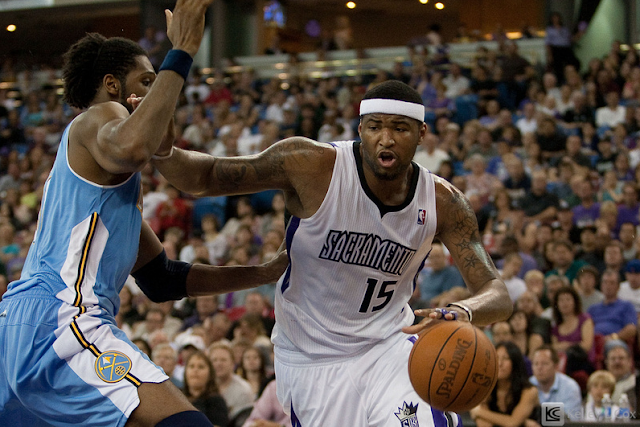 And in case you were wondering, Chris Anderson aka Birdman tattoos look just as crazy in real life as they do on TV. Yikes! 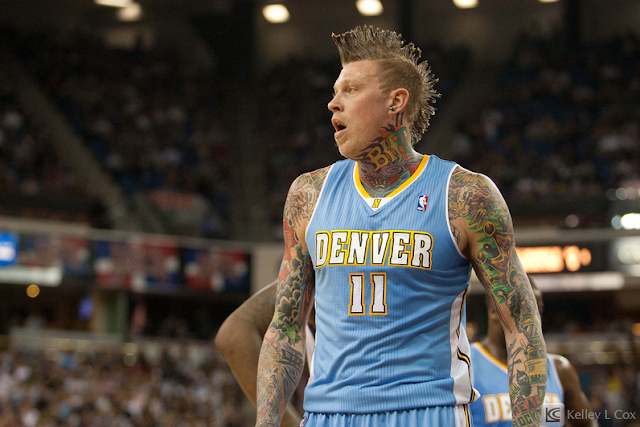 I'm looking forward to continuing to work with US Presswire as all the shooters and staff I've met (virtually and real life) have been incredibly helpful. Including Tommy who was on the desk to upload my photos and give me some feedback. Thanks to Kyle Terada for helping me get started with them!