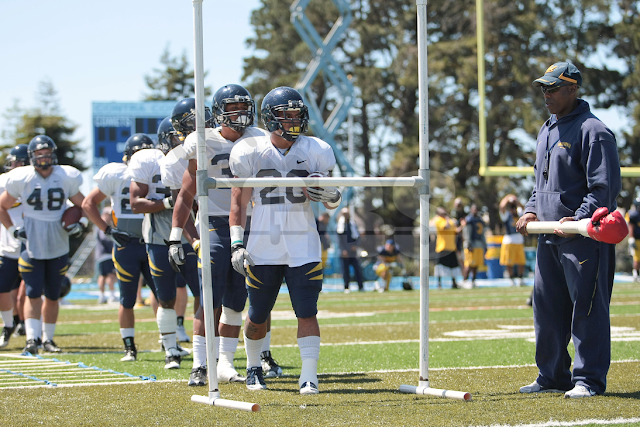 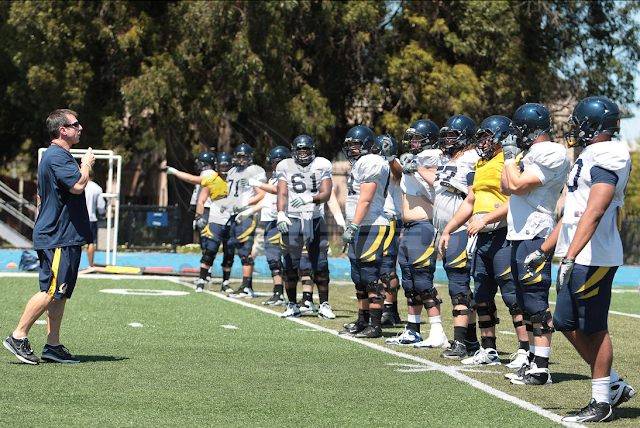 The SID, Kyle, prepared a nice list for me with players to focus on. Spring practice is a great opportunity to photograph the "will be" stars before the season starts. There's a lot of players who had a good amount of play time last year that Michael Pimentel and I were able to capture last year, but there's also a lot of redshirt players or players with limited time that we were unable to shoot a solid set of at the time. 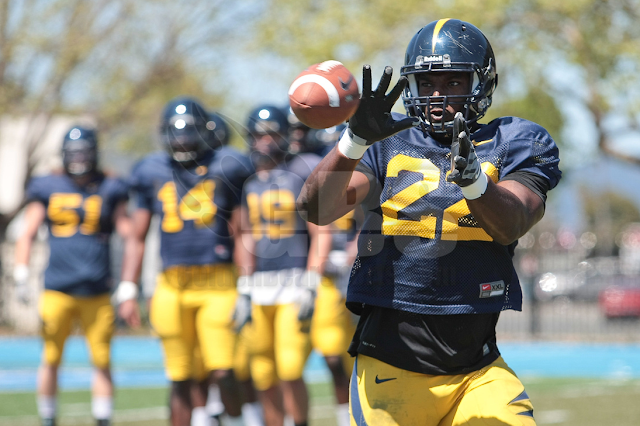 It's also nice to shoot practice because all the defense wore blue and all the offense wore white, (and for some reason all the quarterbacks wore green) so it's easy to identify who's who. 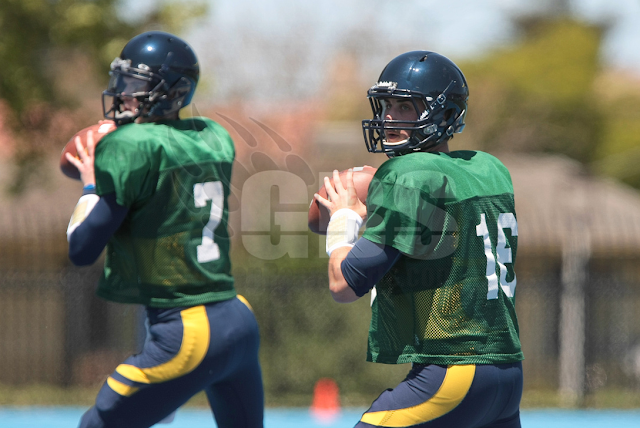 The only bummer is, its a practice jersey, so you won't be able to convince anyone it's an actual game photo. 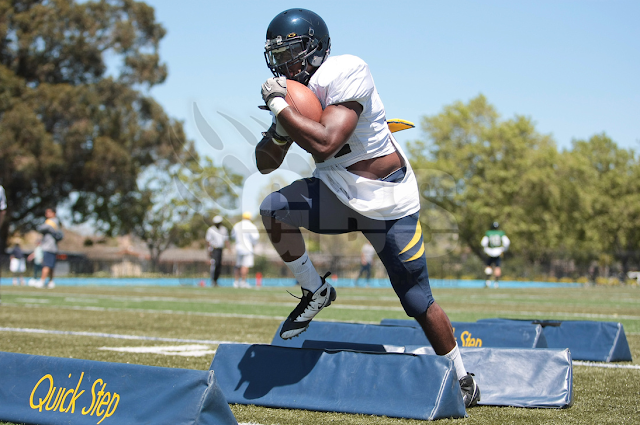 Though capturing the players was a key element, the critical images were those of coaches. During the season, it's hard to capture the coaches as they are always surrounded by players, and slightly inaccessible since I'm not allowed to stand amongst the players on the sideline during the game, for obvious reasons. So practice, calling drills, running plays, and post-practice reviews are excellent opportunities for coaches photos. Especially this year, with a handful of new coaches joining the Cal Football Family. Welcome! 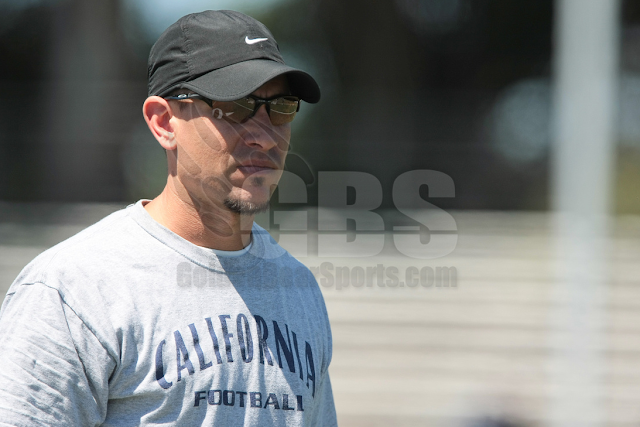 Though the practice was open to the public, once they started running plays, the newspaper photographers were asked to leave and I was able to stay as the team photographer. I love being embedded with the team and having that additional access to cover them in a more complete sense. And even better to be working at Cal, my alma mater! 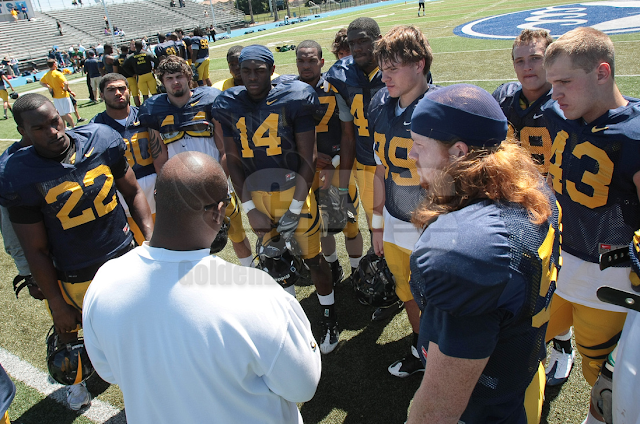 It was fun to see all the familiar faces that I've come to know over the last four years working at Cal. It's funny because now, not only do a majority of players, coaches, and staff know who I am, I've started having some alums and parent's of players come say hi. All full of Cal pride, Go Bears! 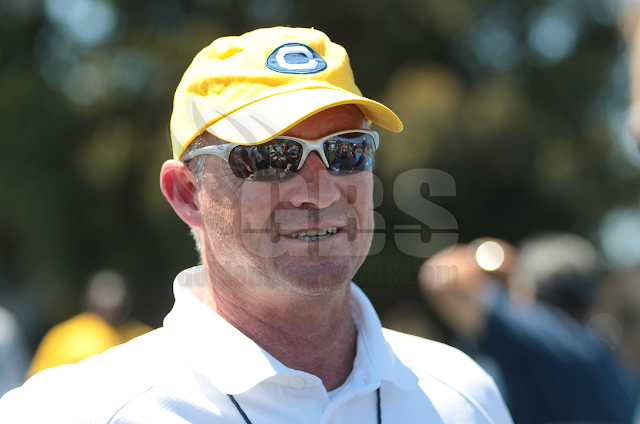