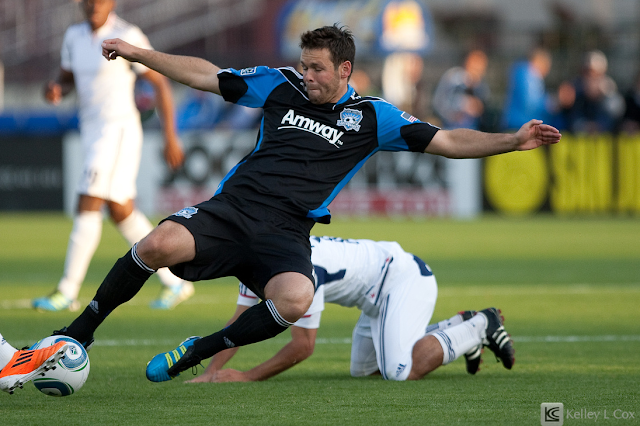 Headed over to Buck Shaw Stadium for the US Open Cup game between the San Jose Earthquakes and the Chicago Fire. 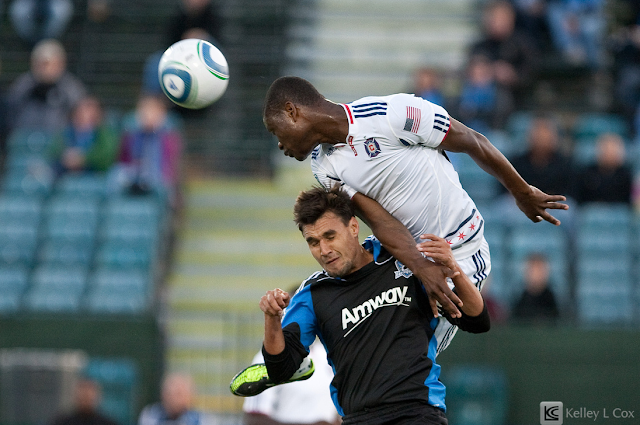 Quakes came out with a quick score from Ellis McCloughin... he's now 2-2 in the MLS. Not a bad record! Unfortunately the small weekday, not regular season crowd, didn't make this celebration as dramatic as I'd hope. 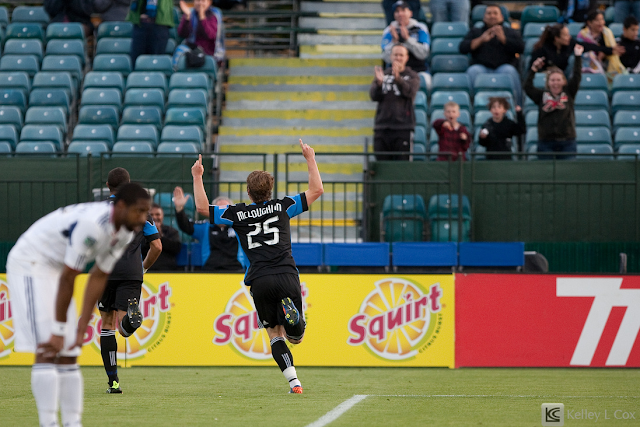 But the Ultras and the Casbah fans were definitely in full support. Going hyphy during the game. They are crazy, but you can't question their loyalty and support of the Quakes! 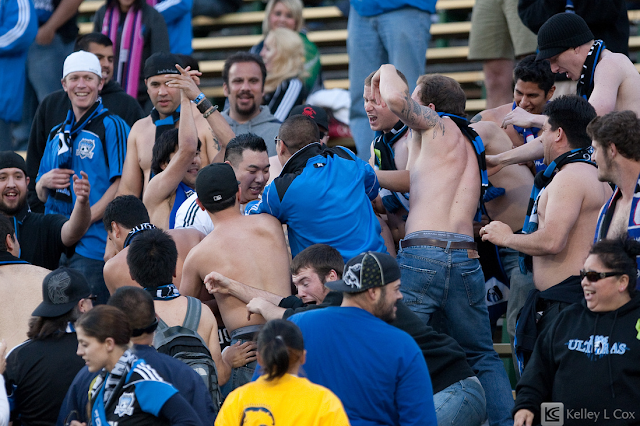 Justin Morrow netted another one and I thought Quakes were smooth sailing. 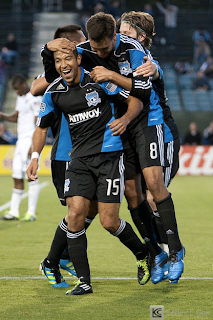 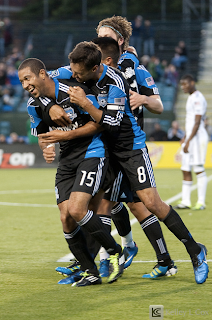 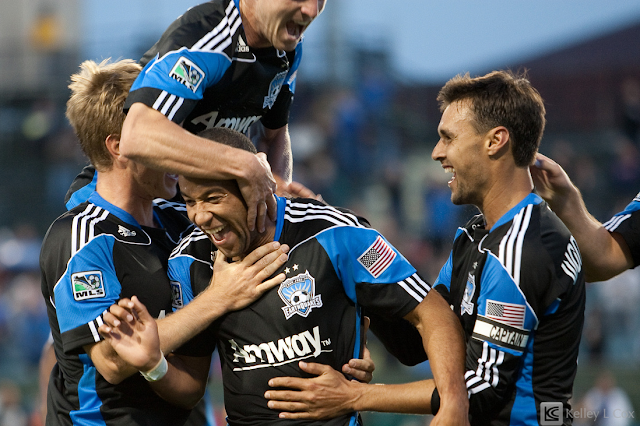 Chicago Fire came back and tied it in the second half, 2-2. 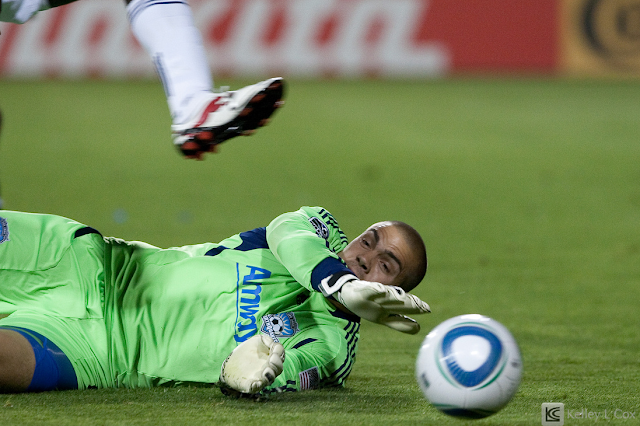 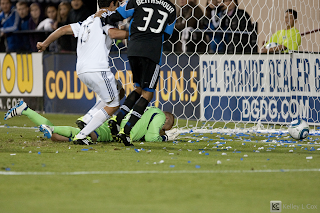 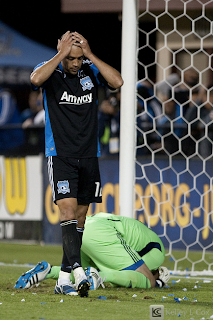 Quite a tumultuous second half which ALMOST got out of hand. 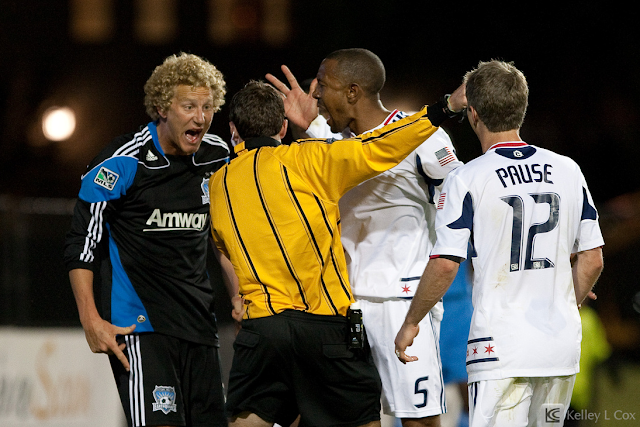 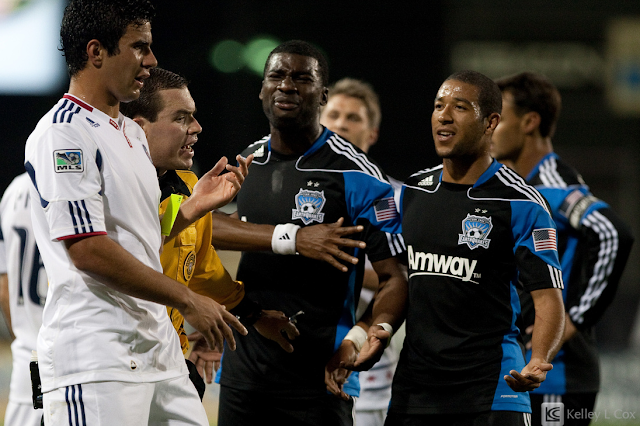 Regulation whistle blew and being a cup game, couldn't end with a tie, so two 15minute overtimes, still tied, then penalty kicks. 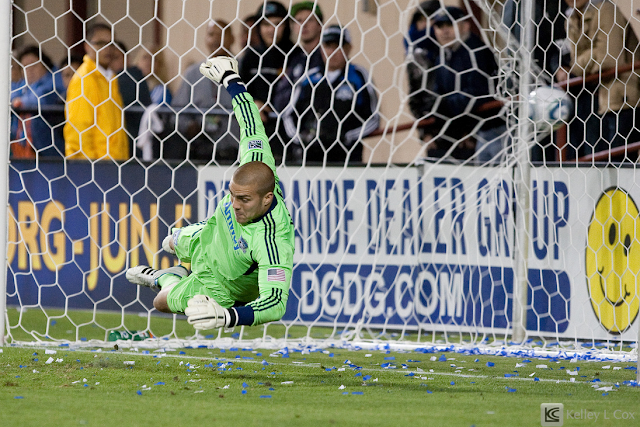 Penalty kicks are always such an intense way to end a game. It puts so much pressure on the goalkeeper to try and block the shot, and a lot of pressure on the players to not misfire or hit the crossbar. 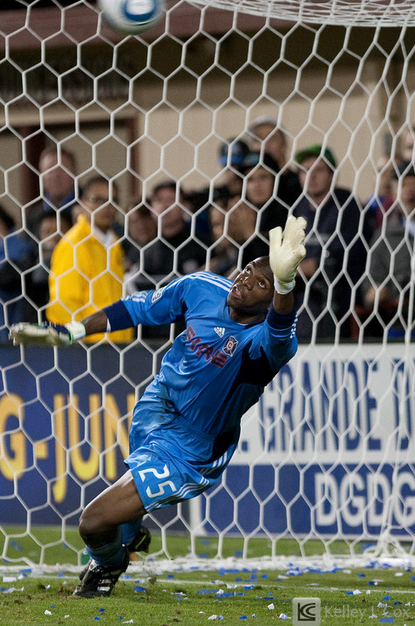 Unfortunately for the Quakes, Fire won 5-4 on penalty kicks. 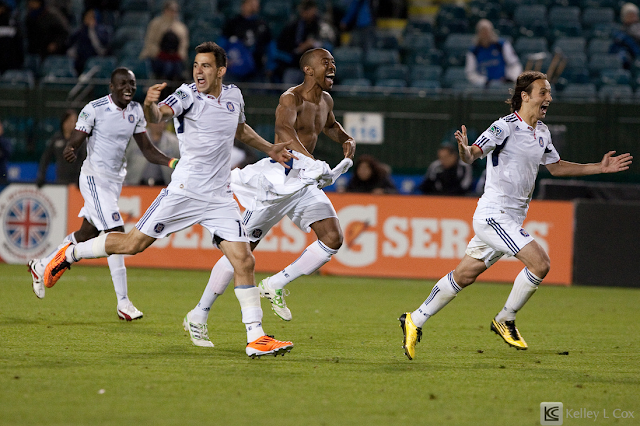 My heart goes out to Andrew Weber, as Quakes regular starter Jon Busch consoled him. 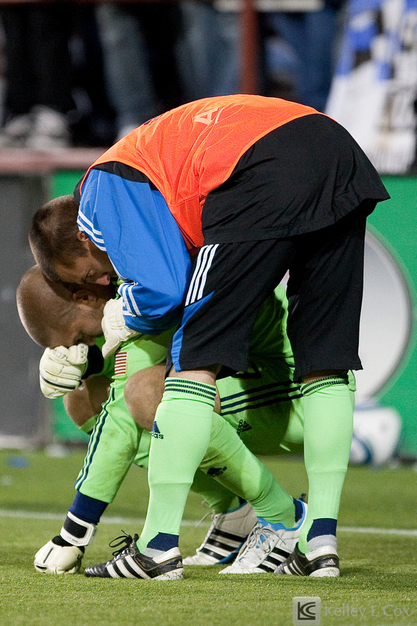 Everybody has rough nights man, keep your chin up! 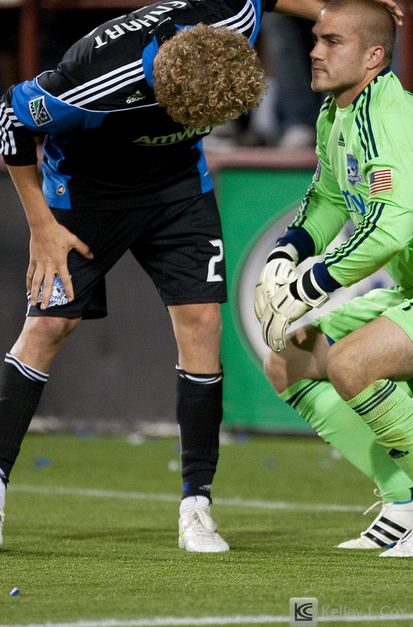 It was great to see all the Quakes players come together as a team, including another Cal Alum rookie David Bingham! 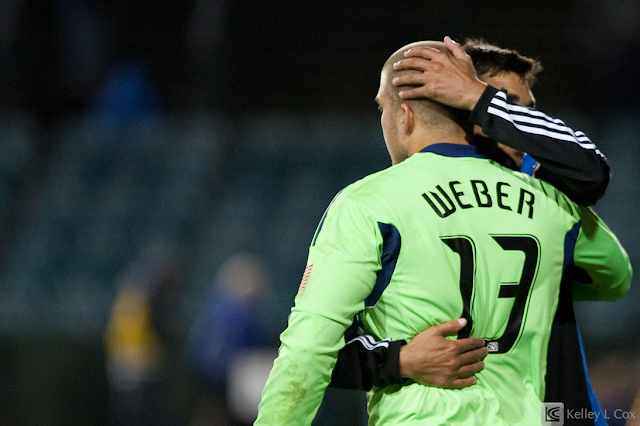 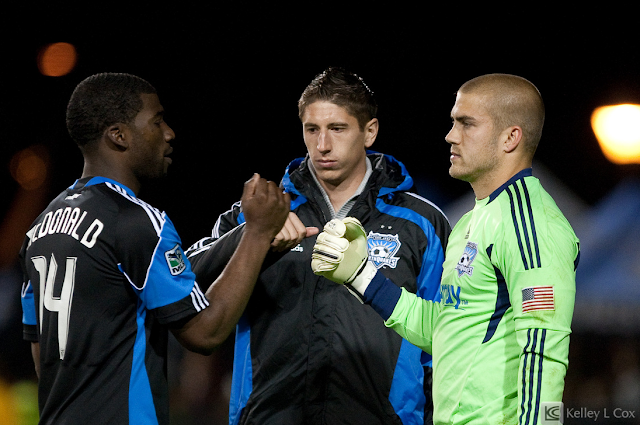 Haven't got any game action of him yet, but fun to get him in his Quakes gear after following him as a college player... Feeling old, twice in one week! 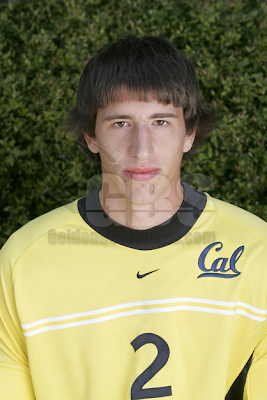 My highlight of the night, was undoubtedly youngster hecklers in training. Shouting things like "quit being a sissy" when a Fire player went down. 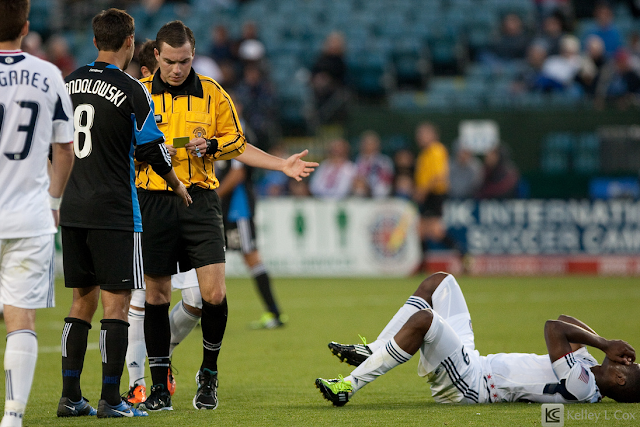 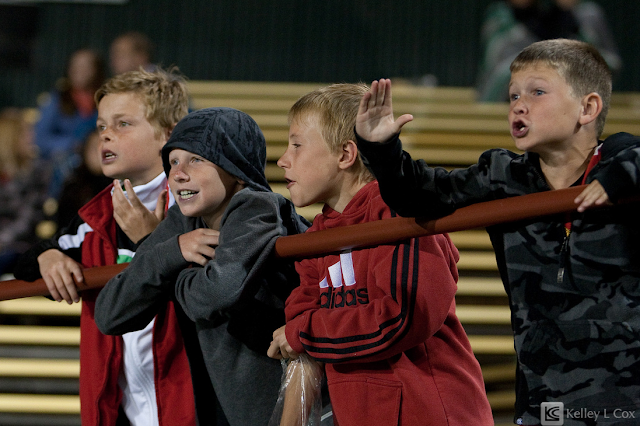