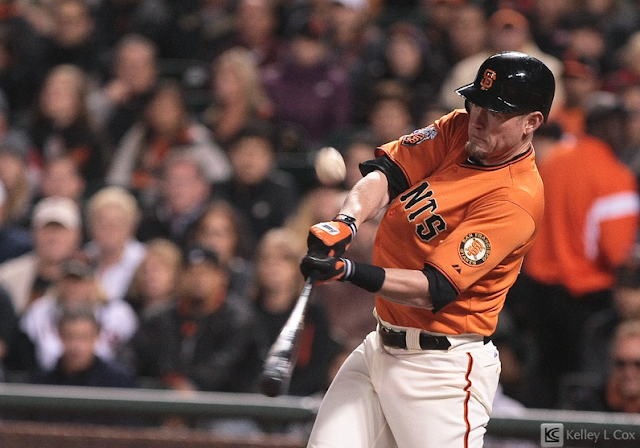 Headed back to AT&T Park for the San Francisco Giants vs the Cleveland Indians. 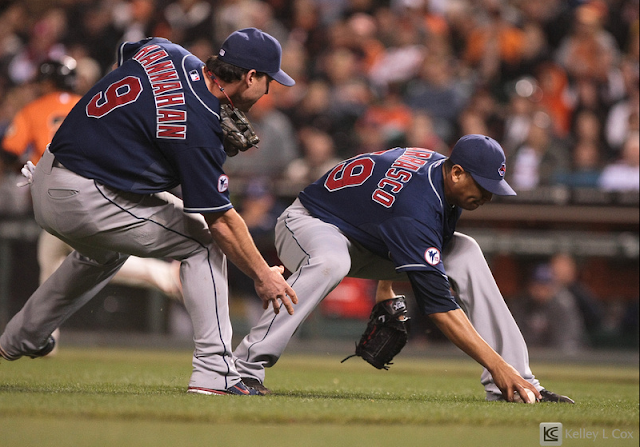 I tried to get a shot similar to the Budweiser ad in downtown SF that reads "Grab some Buds" as the players went running out... if you have seen it, think this is close? 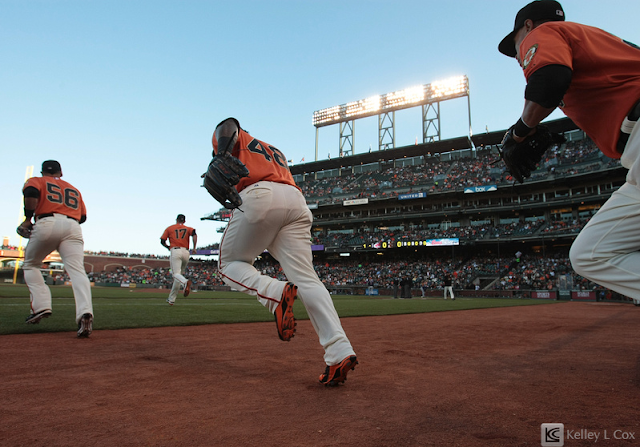 And hey, Indians have a player named Carlos Santana... I was a little disappointed when he didn't sing Oye Como Va ;-) 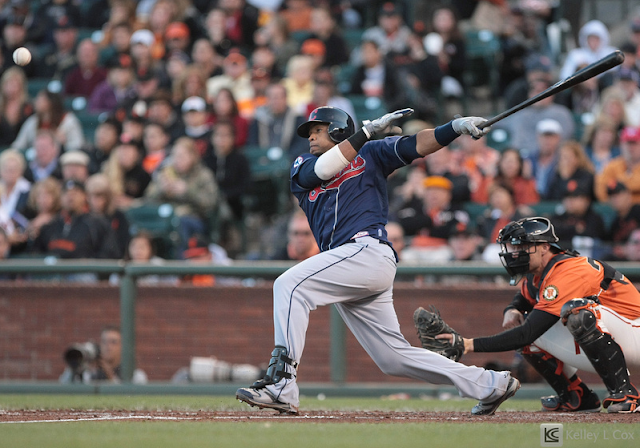 This game was really fun because I sat next to the people who are working on the documentary about Andres Torres and how he manages his ADHD. "Gigante, the Andres Torres story" by Plan A films. 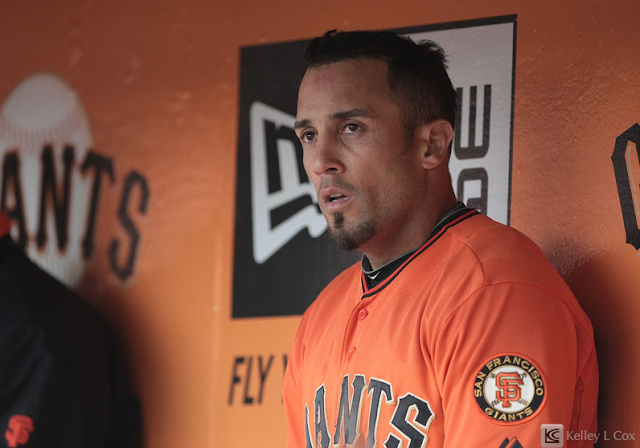 It was so cool to chat with the filmmaker and his performance coach, and I can't wait to see it!! Also cool to see they use the same Rode video mic as I've been using with my 7D. Since the filmaker, Chusy Jardine is a documentary guy, he was using a 100m lens. I let him borrow my 70-200m, so hopefully I can spot some of the clips made with my lens! 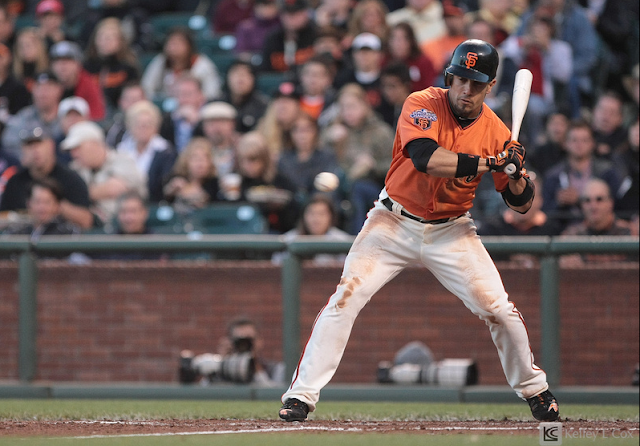 Also, MLB was there again for the Showtime show, and turns out the producer Jason is friends with Cal Women's Basketball coach Lindsay Gottlieb. What a small world!! =) 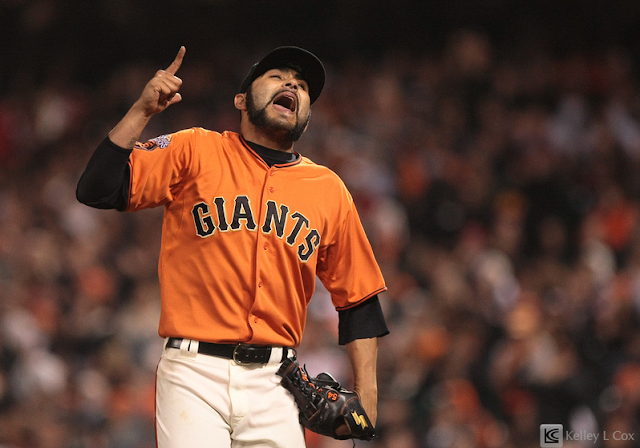