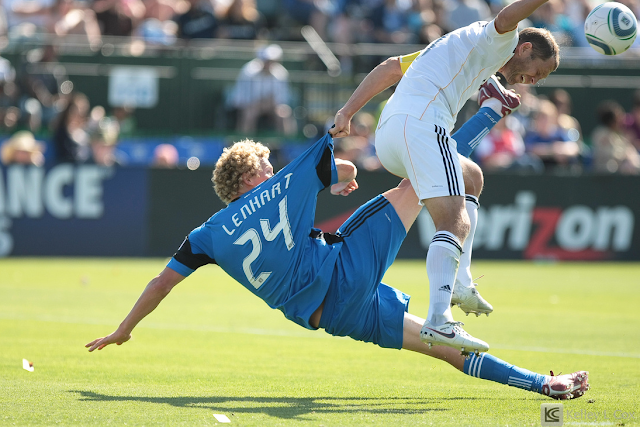 Headed over to Buck Shaw Stadium for the Earthquakes vs the Galaxy. Galaxy is famously the team of Beckham and Donovan who were both absent from the game. Beckham with back spasms and Donovan with the US National Team in the Gold Cup. Quakes were missing Wondolowski to the Gold Cup as well, but still thought the Quakes had a good chance of winning. 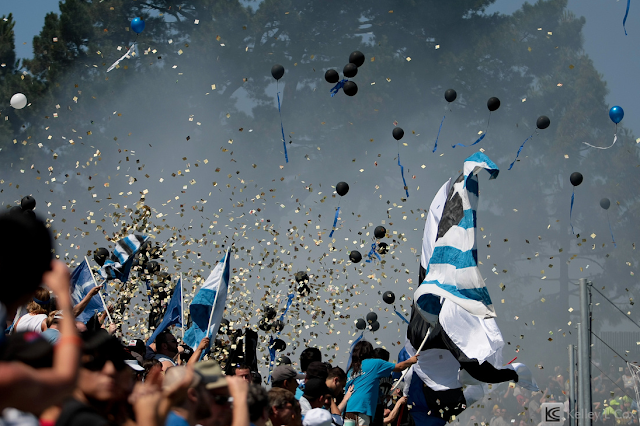 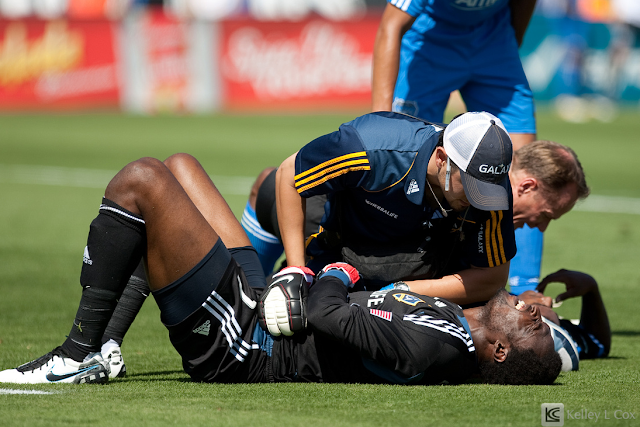 Ricketts was replaced with backup keeper Josh Saunders, which I thought would really increase the odds of a Quakes win. 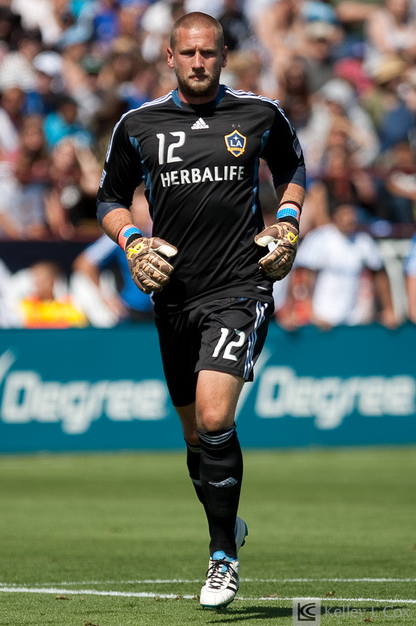 Saunders protected the goal, battling against an attacking Steven Lenhart. 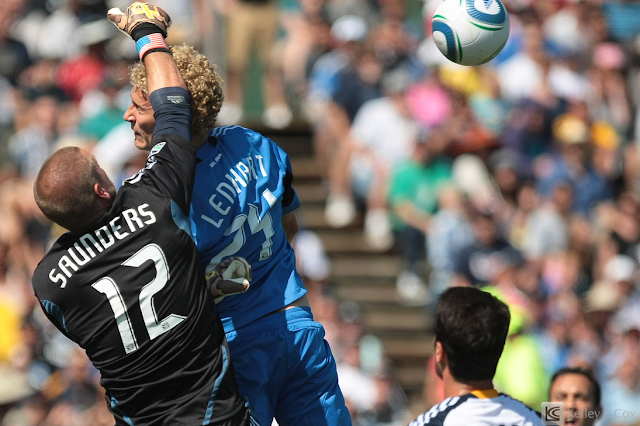 But then Saunders threw an elbow on Lenhart. Lenhart picked up a yellow card for instigating the play, but Saunders was shown a red card and ejected from the game. 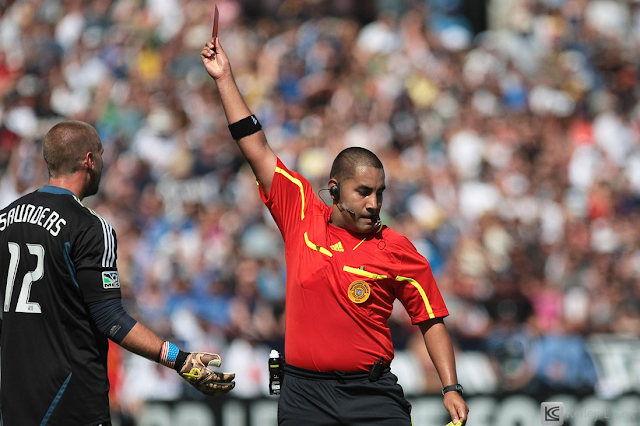 This left the Galaxy down a man and without a goal keeper, so Mike Magee put on Saunders jersey and gloves and came into the goal. 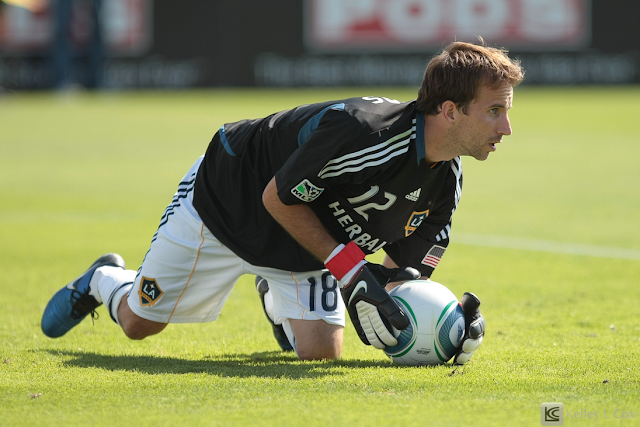 Second half I moved to shooting backlit, just to be on the Quakes side, knowing they were going to score. 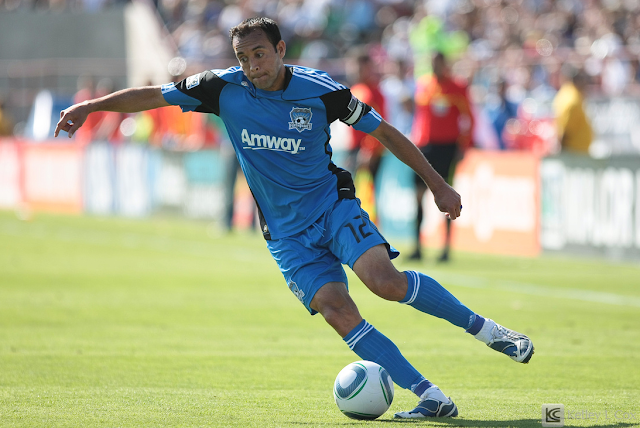 Quakes battled it out and had some close chances. 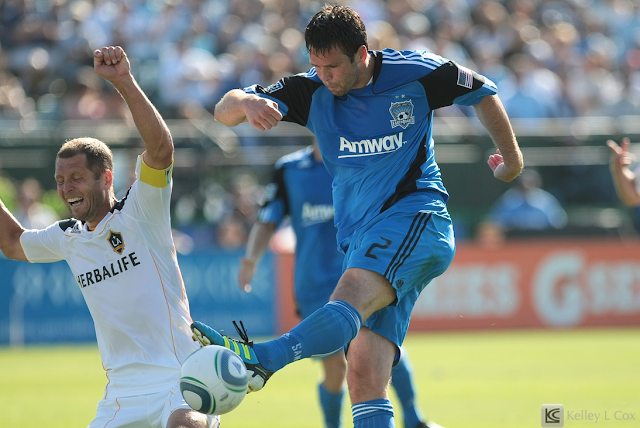 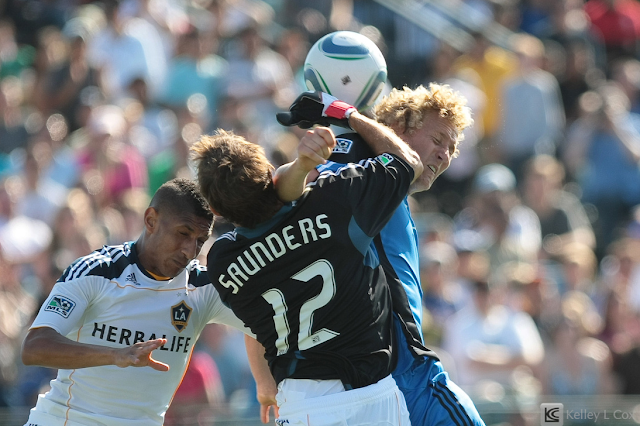 All things considered, Galaxy felt like it was a win. 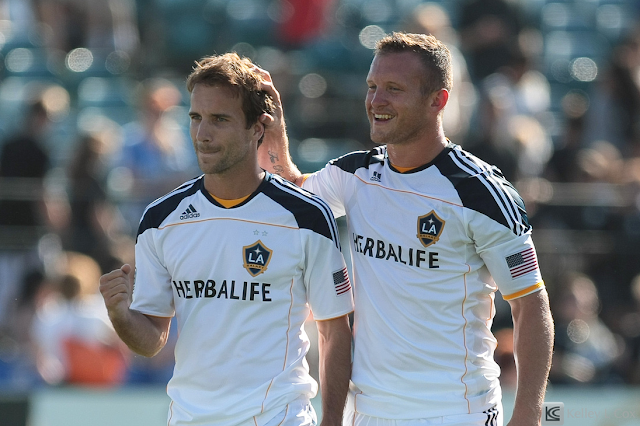