NFL Lockout is Over 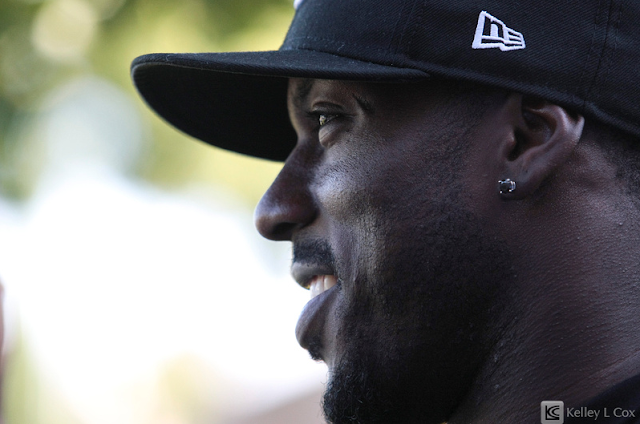 The world resumes as we know it! The lockout is over!! Gates were opened at 7am for players to come into camp. For the 49ers this meant meeting the new coach, and a couple players took advantage of that opportunity. 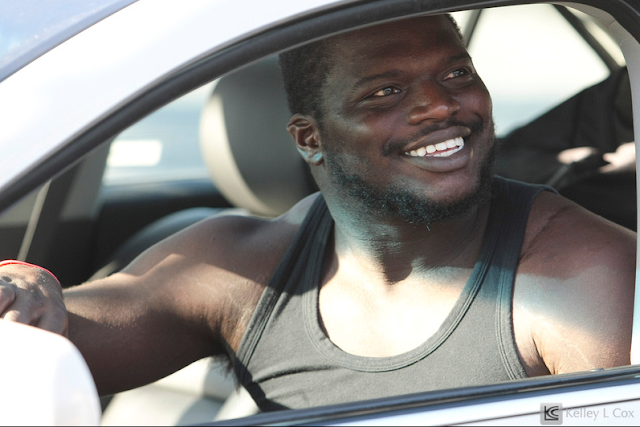 This was a bit of a last minute request and I felt a little odd stalking out the training facility hoping players would come by, but it was made bearable by the TV crews. As the only still photographer, I appreciate the video guys were there so I knew I was in the right place, and also not make me appear so bizarre. I anticipated tons of media covering it, but alas it was just me and them! 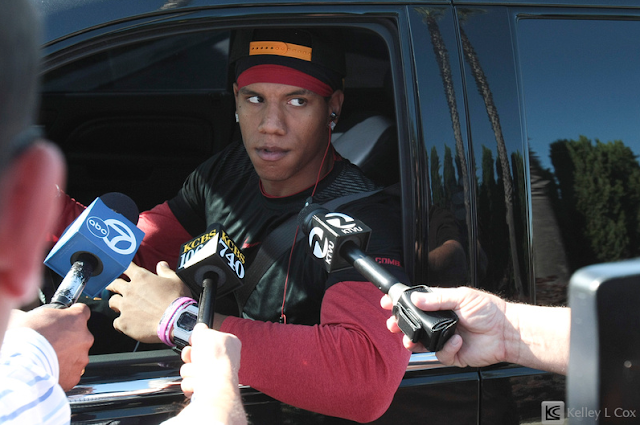 And a HUGE shoutout to Joe Fonzi. A celebrity of sorts in the bay area for his sports coverage on KTVU 2, he was unassuming and friendly. Maybe all reporters are as approachable and Anchor Man has jaded me to think all reporters are Ron Burgundy. Unbeknownst to him, he was my hero for the day. As the players drove through in their fancy cars, he was the one to flag em down, get them to roll down their windows and chat. And even helped work with 49ers media relations to get Patrick Willis out for an interview 1) It's a lot easier to photograph someone editorially when they are already being interviewed 2) I would never be the personality to grab a player's attention in a non-game situation. So thanks Joe Fonzi!! 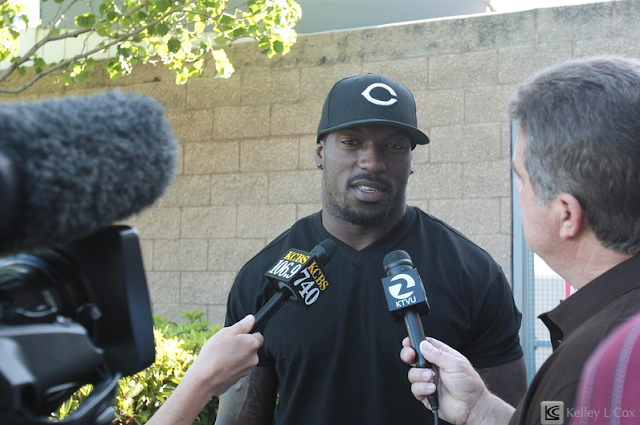 On a side note. Though we might roll our eyes at the drama surrounding the lockout when "it's just a game" we don't realize the trickle down effects having/not having a professional football team would have. For example Richard Genoff, the Head Groundskeeper for the 49ers and winner of Sports Turf Managers Associations Professional Football Field of the Year in 2006! In the sports turf industry for over 30 years, these stories are how sports become so much more than a game. 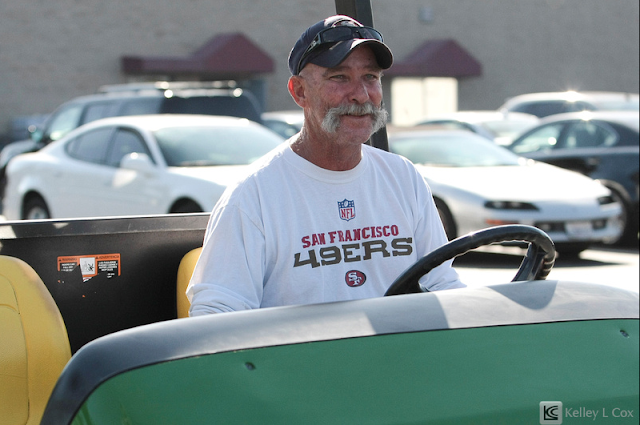