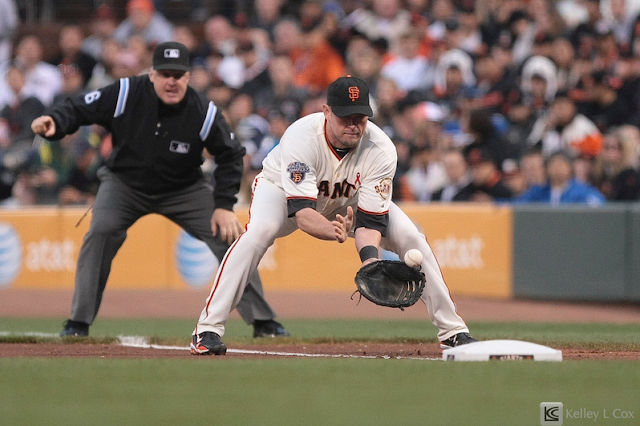 Headed over to AT&T Park for the Giants vs the Dodgers. 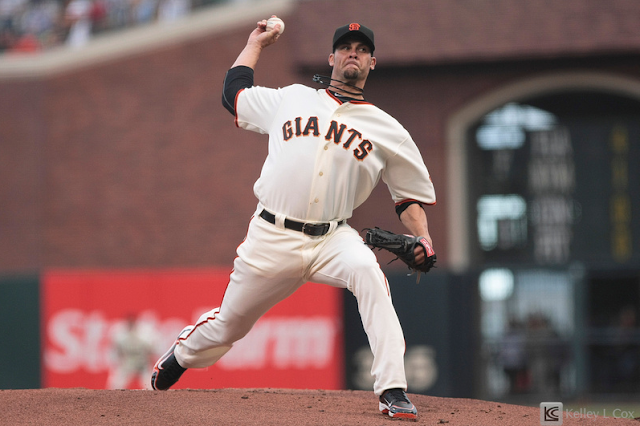 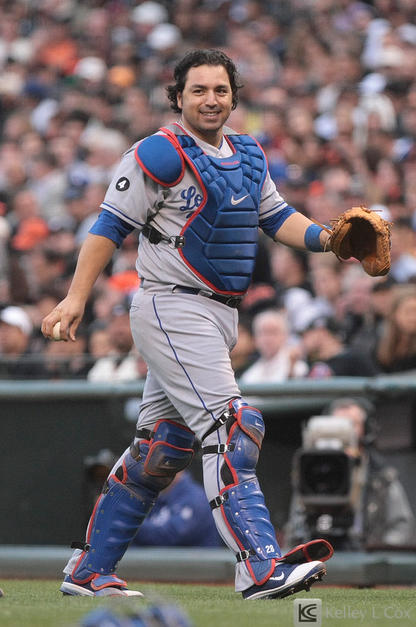 Despite losing Miguel Tejada to injury. 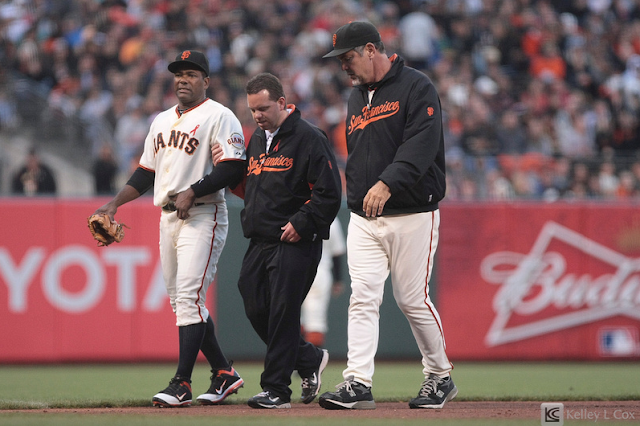 And almost losing Chris Stewart after a bat to the face. 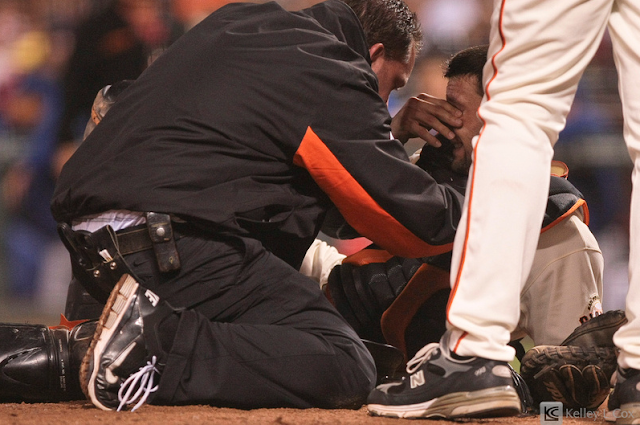 But he pulled through, concentrating on taking calls from the dugout. 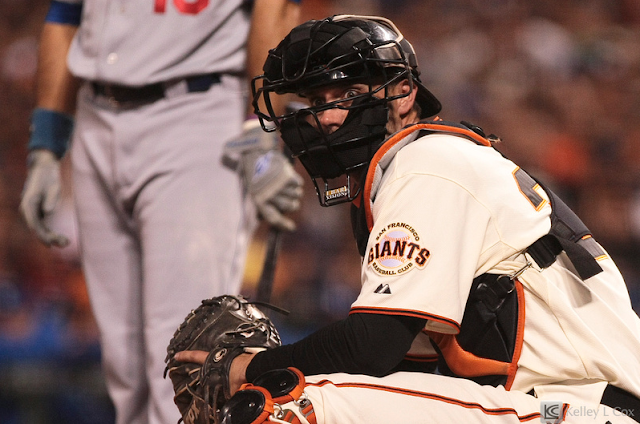 Fontenot scored a nice run and provided me with a less-than exciting celebration photo. Haha. 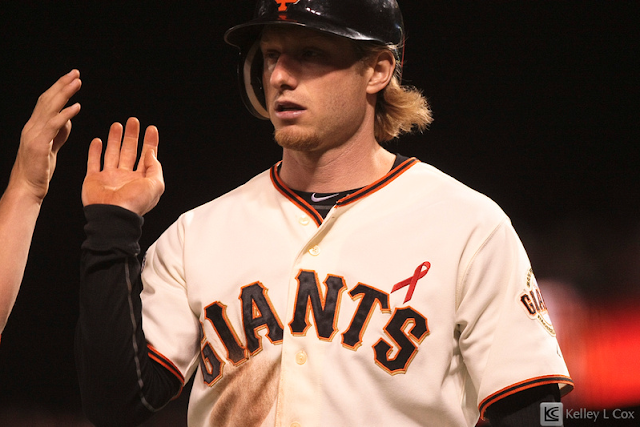 But he did give me a nice splitting bat photo, so it's all good. =) 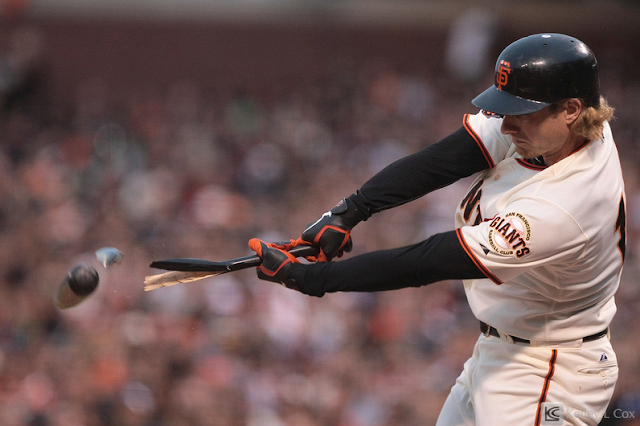 But then the runs kept coming. And Giants defeated the Dodgers 5-0 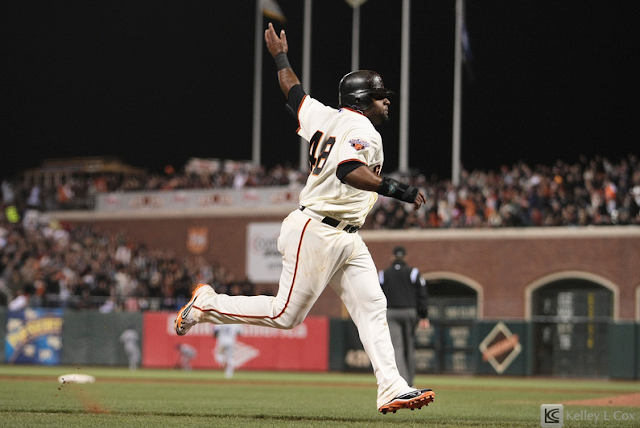 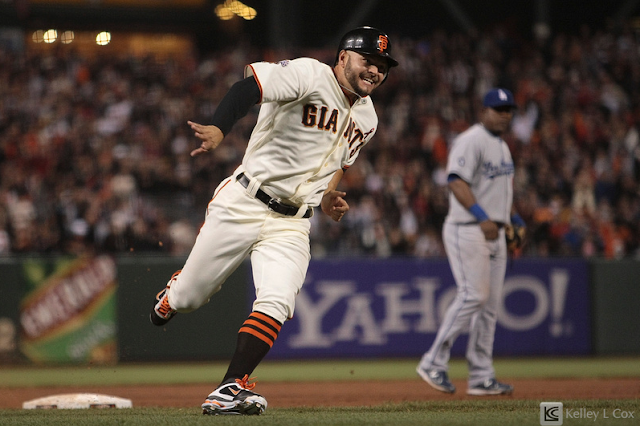 I don't think Matt Kemp was too pleased with the Dodgers performance. 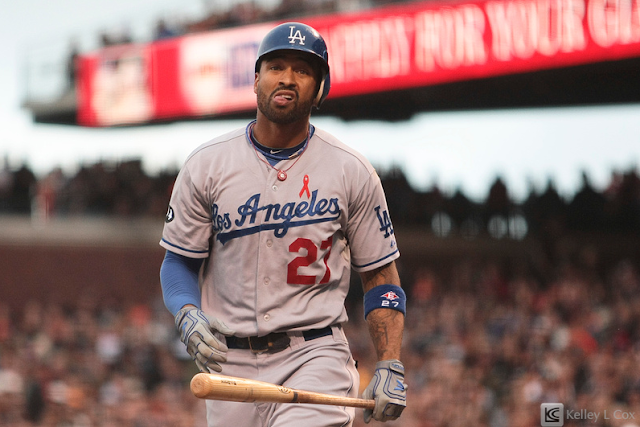