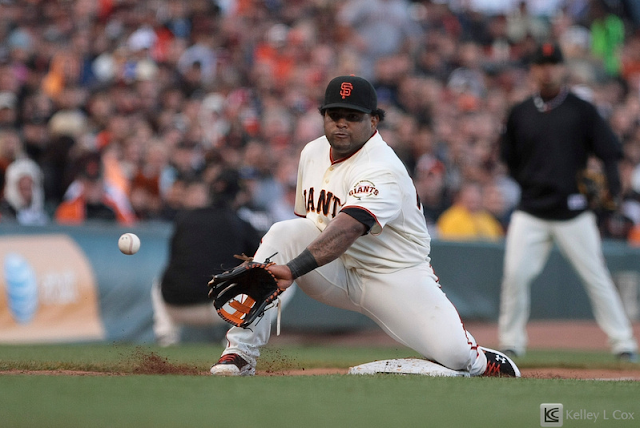 Headed over to the ballpark for game two in the matchup between the Giants and the Brewers. This time they swapped scores with Giants defeating the Brewers 4-2 thanks to some impressive wiffle ball throwing... wait, what?! 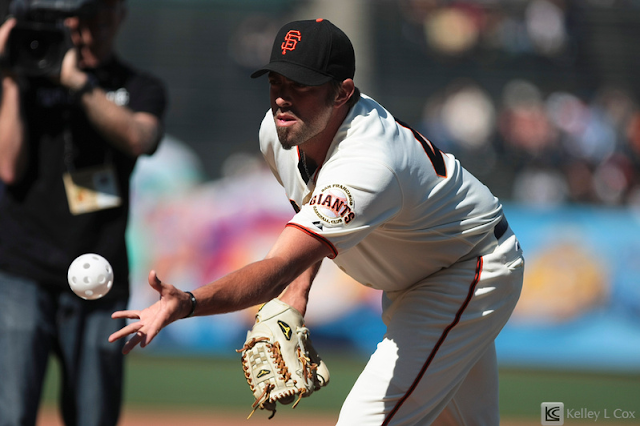 Brian Wilson came on as the closer and finished the game maintaining his celebrity status. Can you imagine being followed around by two cameras like this?! 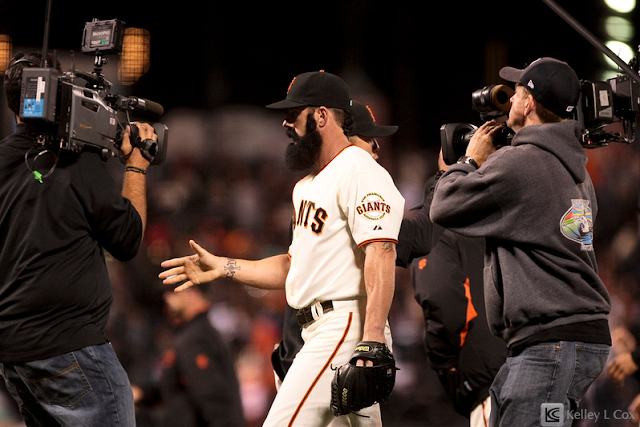 The highlight for me unquestionably, was that it was Player Family Softball Game Day before the game. To see the players interacting with their kids was so precious. 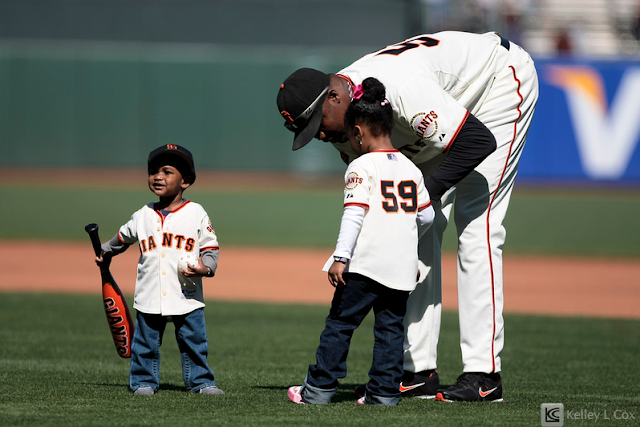 This also explains the wiffle ball as Jeremy Afeldt threw out the pitch to the kids including Chris Stewarts son. 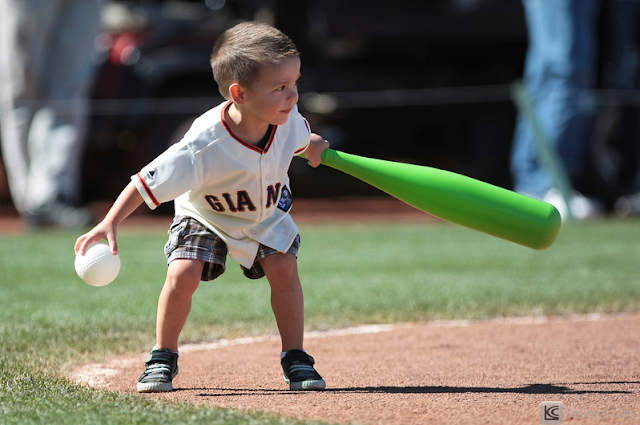 And Cody Ross's son Hudson plays with the same intensity as his dad! No way was he going to get tagged out... by no one. 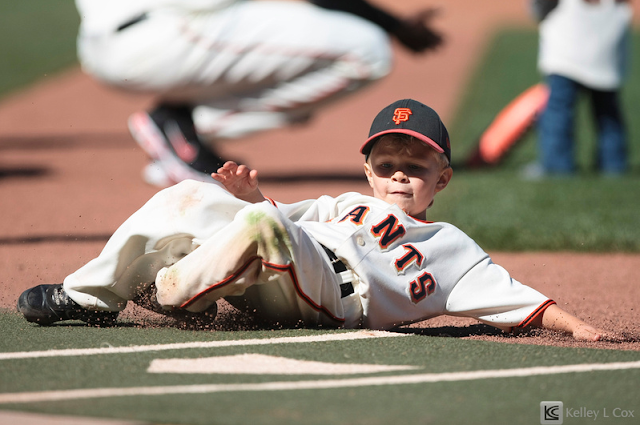