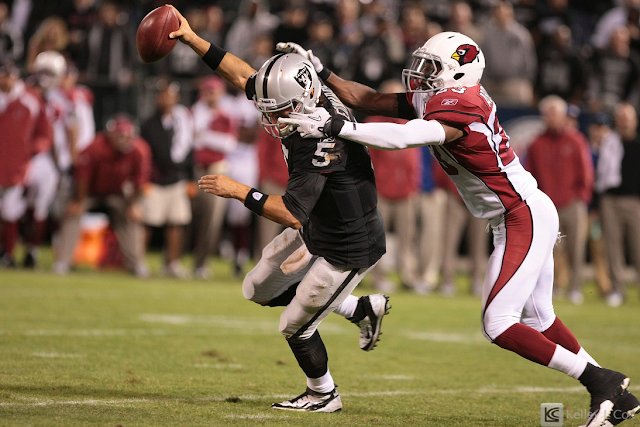 Headed over to the O.co Coliseum for the preseason match up between the Arizona Cardinals and the Oakland Raiders. 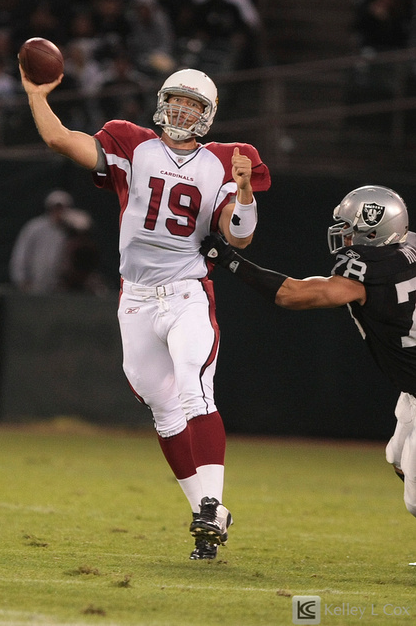 I was co-shooting with Kyle Terada for US Presswire (check out our full gallery along with Kirby Lee here) so he picked me up around 3 for a 7pm game giving us time to set up, check rosters, and of course get some pre-pre game shots of Raiders head coach Hue Jackson running laps around the field. 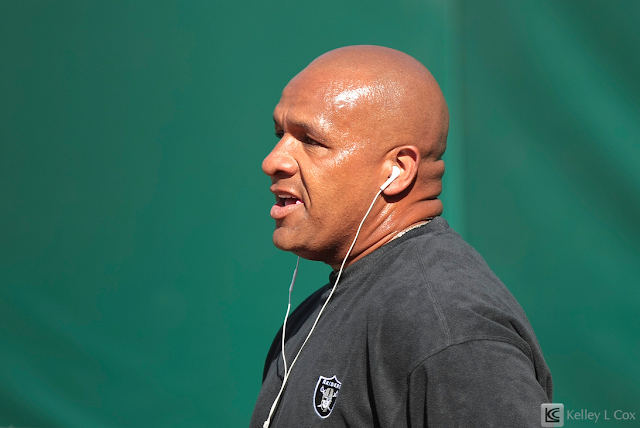 And catch some of the drills plays to make sure we can get any important players, rookies, etc in uniform in case we can't capture them in game. Also a great time to get tighter head shots of players like center Stefen Wisniewski, who are otherwise too "in the mix" on the line to capture individually. 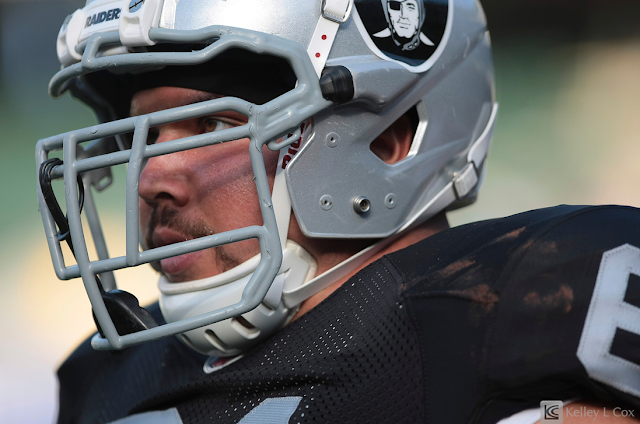 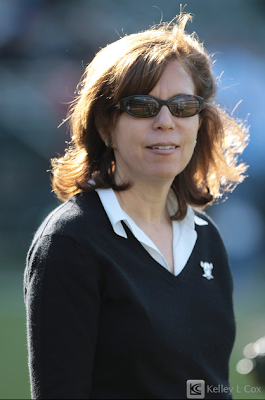 I was excited to see Cal's Derrick Hill suited up in the silver and black... even if he was sporting some mighty fine presumably rookie endured hair. 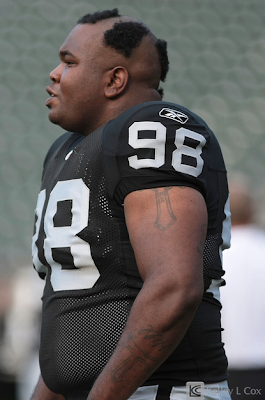 And he wasn't the only one. As Mason Brodine's was even more outrageous. 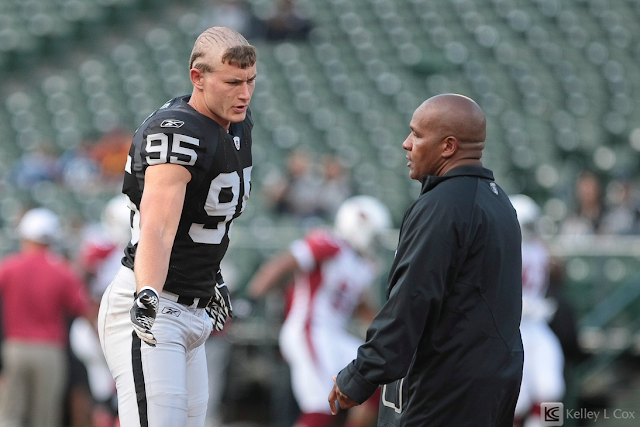 Then before you know it... game time!! 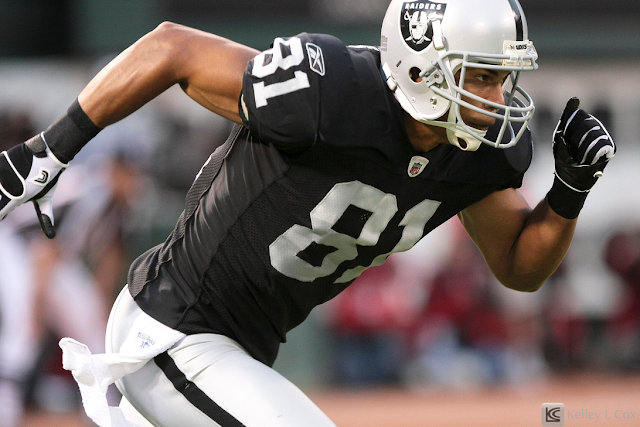 This was the first NFL game I've covered EVER and the first football game I've shot in general since January, so I was a little rusty and need to adapt to the speed and size of the players. 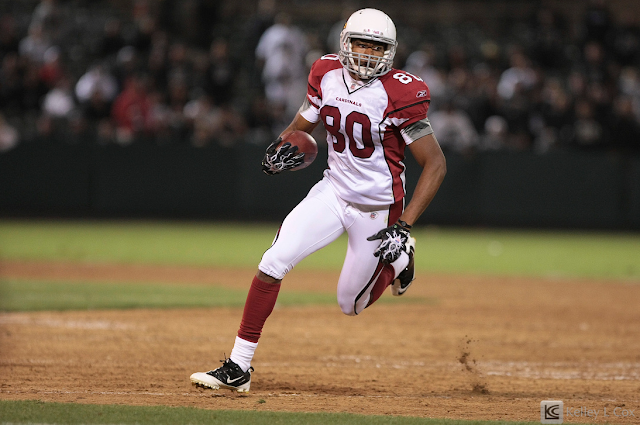 For those who have followed my career, you know I got my start shooting Cal Athletics and as an alum and Cal Bear for life, I hope to photograph Cal for the rest of my life! But I wanted to try my hand at some professional sports too. Photographing the NFL was a goal I set for myself. I was working with ISI at the time, but they said didn't have the time or resources to get me an NFL credential and recommended I look into shooting for another agency. I signed with US Presswire in April without any secret that my intention was to put in time proving myself with other events over summer (not too painful with the other events being Giants, A's, NASCAR, Maria Sharapova, Serena Williams, Michael Phelps, etc) to cover NFL in the fall. Well, they kept their end of the deal and here I am photographing an NFL football game! 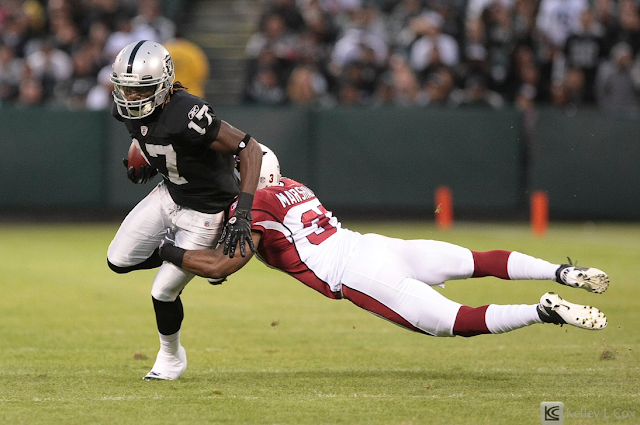 Just like the players, this was my rookie game, a chance to prove I can hang with the big boys. So hopefully I did alright and can continue photographing NFL in the regular season! 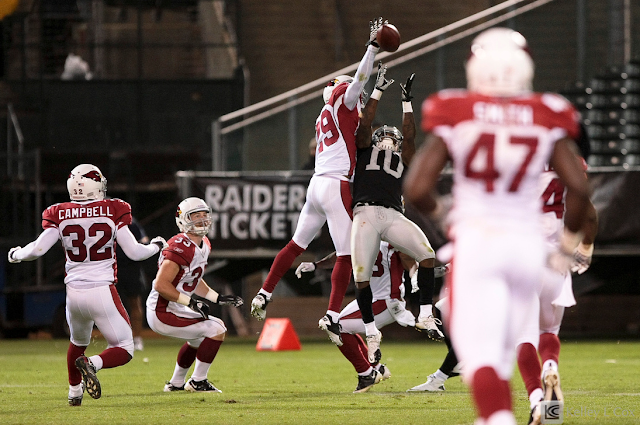 Unlike baseball where I sit in a chair, soccer where I sit on a stool or basketball where I sit on my bottom, football is constantly running up and down the sideline to follow the play and kneeling in my oh-so-stylish carpenter kneepads. And I look even more fabulous in my winter coat, jeans, and tennis shoes when squatting next to the Raiderettes in their knee high boots, short shorts, etc... haha. Case and point, this great photo by Kyle Terada. 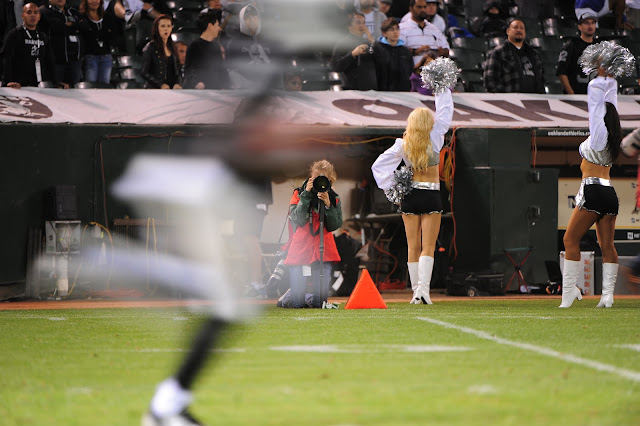 This also means that as 6 foot 200 pound plus players come flying out of bounds on the play, I better be able to quickly get out of the way... pardon me, am I in your spot? 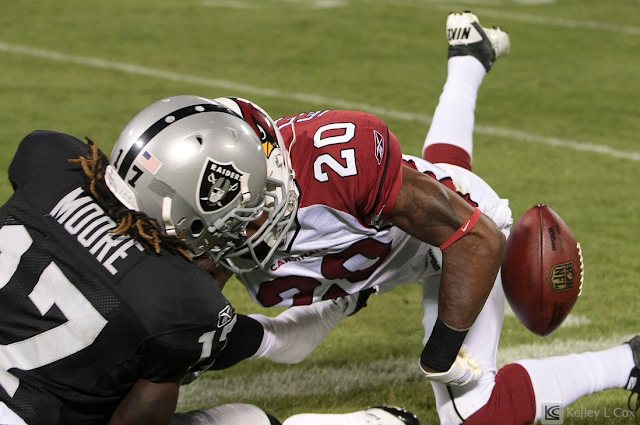 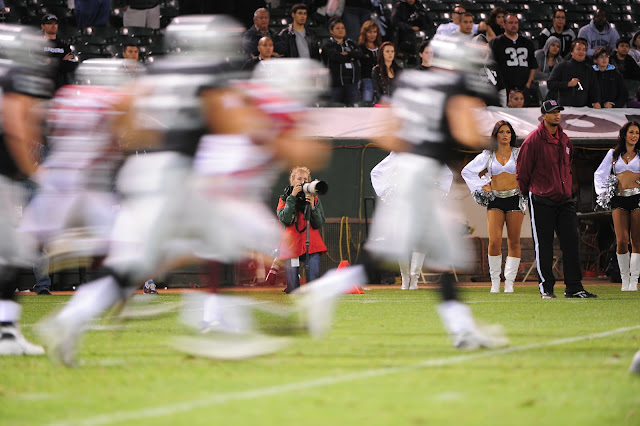 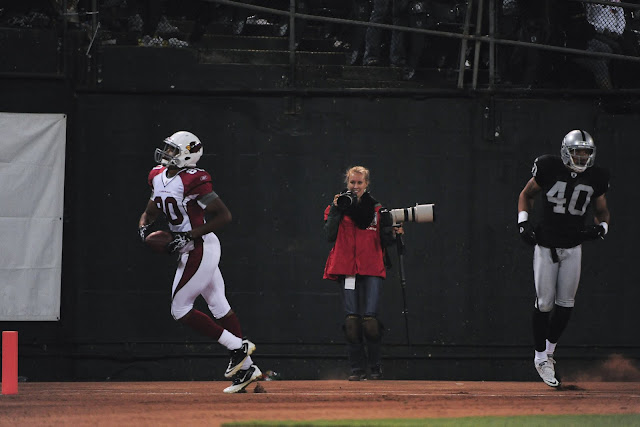 But my dad was also at home capturing me on the TV. 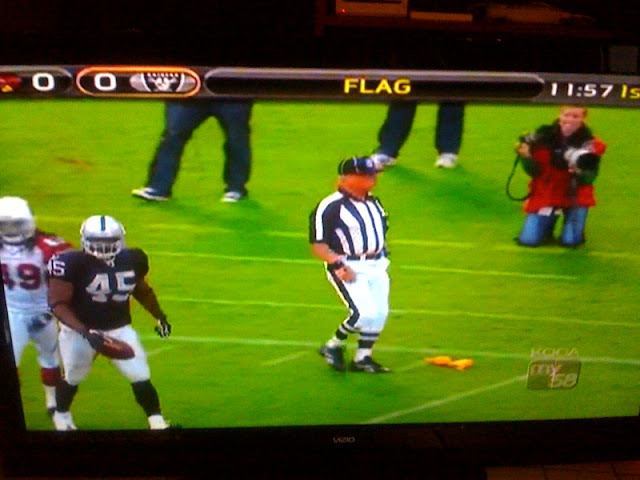 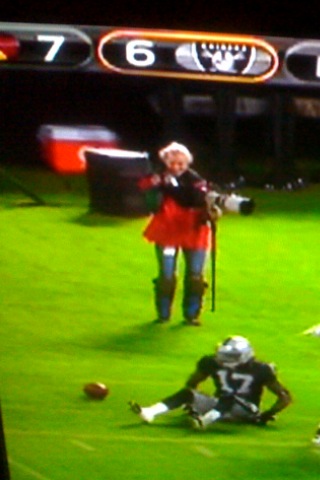 Despite Sebastian Janikowski 4 for 4 on field goals. The Cardinals defeated the Raiders 24-18. Future blog post will be more game action and recap. But today I'm just excited that I was photographing an NFL game. Hurray!!! =) 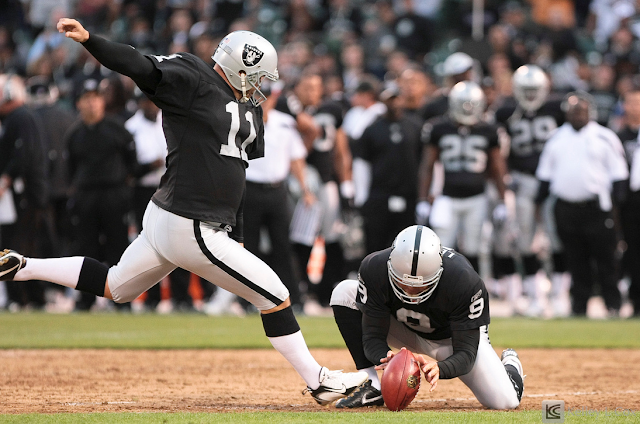