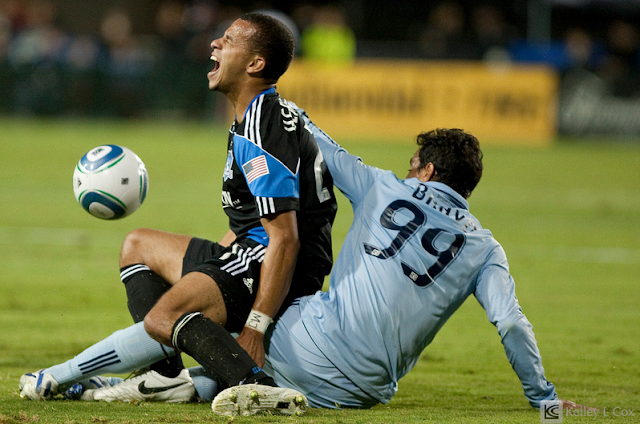 After a fun start to my birthday month enjoying a free show in Golden Gate Park with Nicole and Dan courtesy of Hardly Strictly Bluegrass festival, headed down to Buck Shaw Stadium for what might be my final Quakes game of the year, pending the TBA of Cal Football vs Utah. 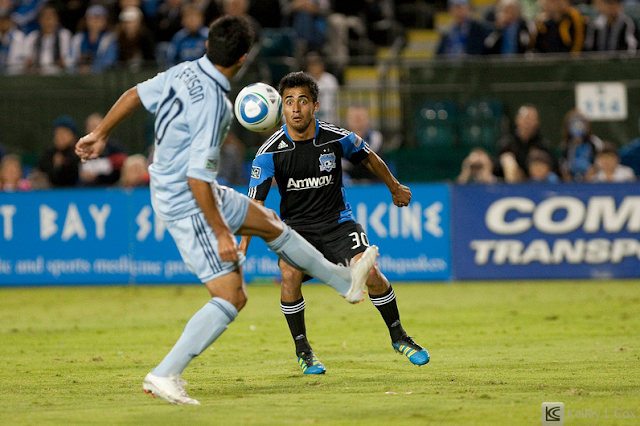 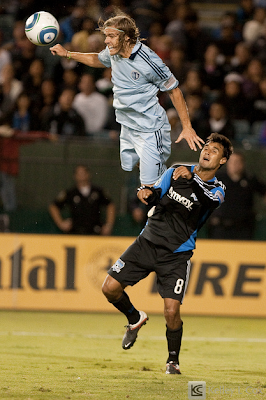 Though the first half I wasn't getting any great action. Quakes put one in the net in the second half. 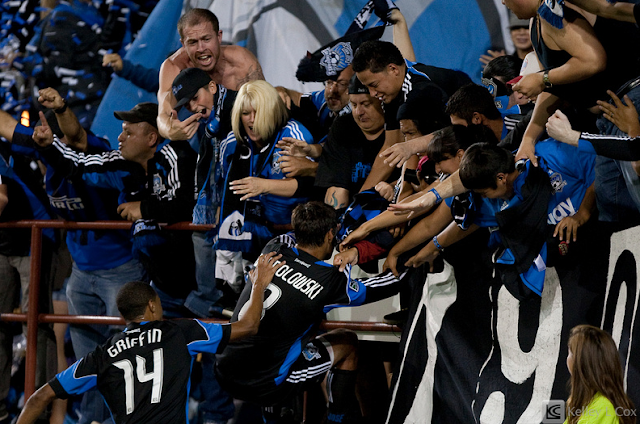 This places Wondolowski with 33 goals as an Earthquake, beating out Landon Donovan's 32. 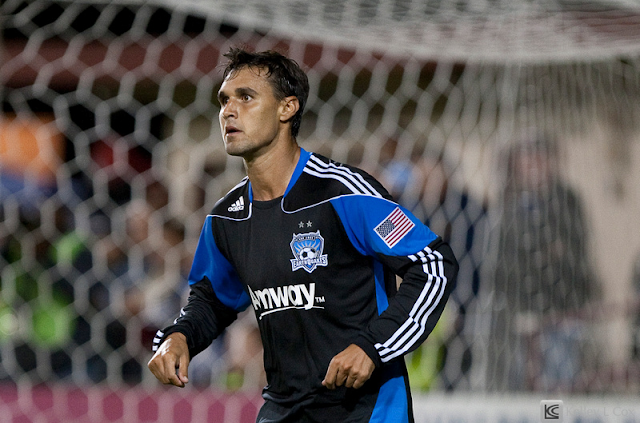 Unfortunately, literally within seconds, Sporting KC answered with a goal of their own. Leaving the score at a 1-1 draw. 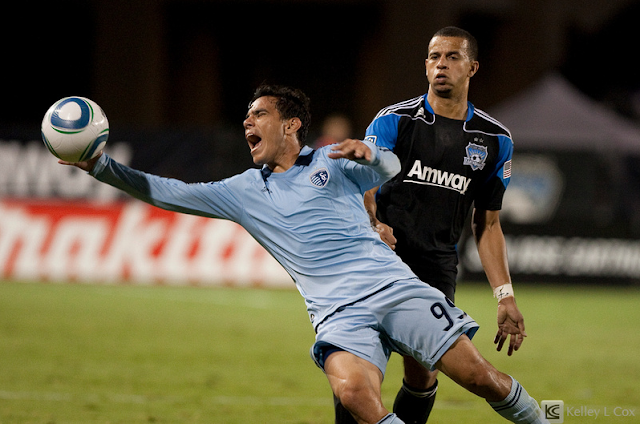 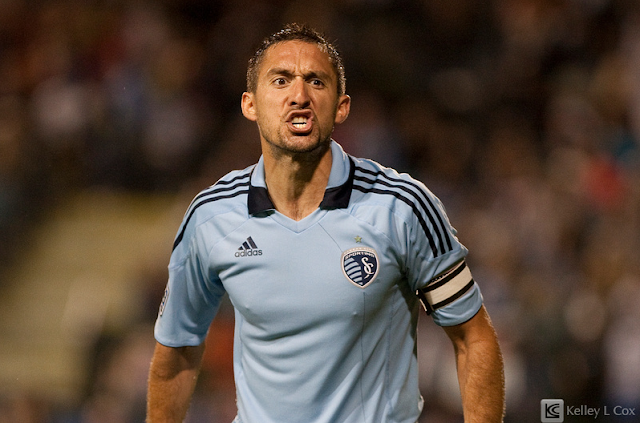 Afterwards headed back into the city for Night Out with the Quakes at The Republic, where Earthquakes players were stand-in bartenders and I was able to hang out with some of the Quakes staff that I normally only see on the sideline or in the pressbox, and friends! Great night. Great KICK (get it?) off to my birthday month!! =) 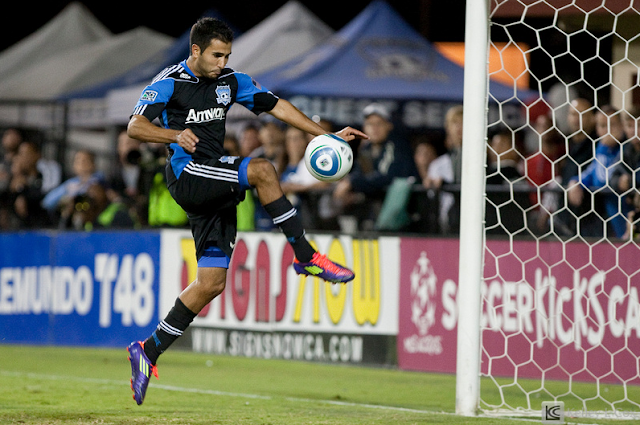