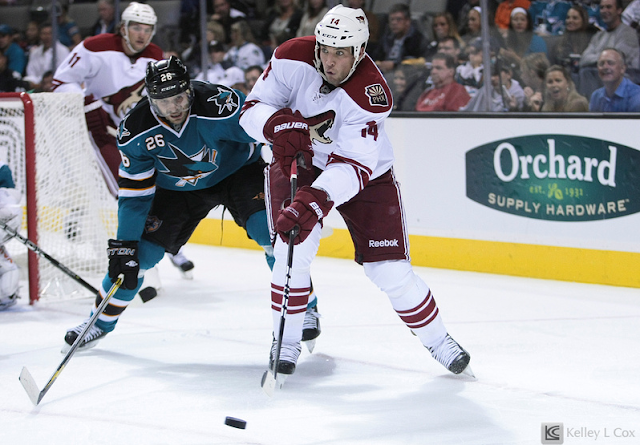 Headed down to the Shark Tank aka HP Pavilion for the San Jose Sharks season opener against the Phoenix Coyotes. 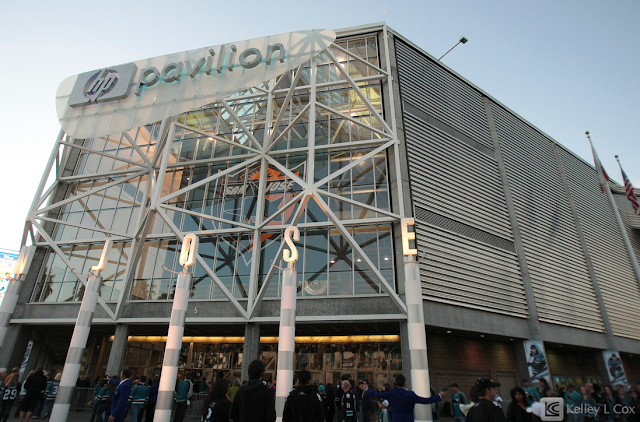 I arrived early to make sure I could get the fan festival. 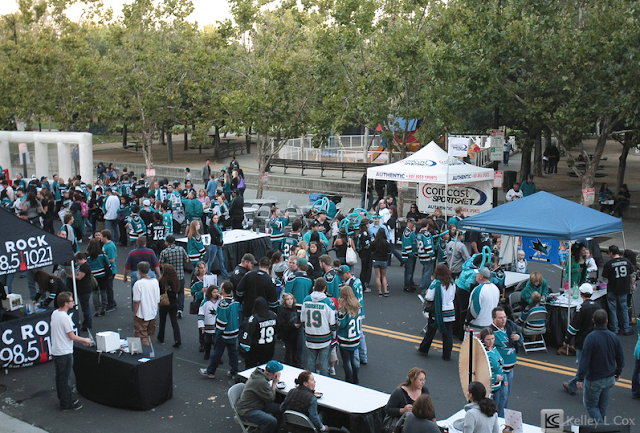 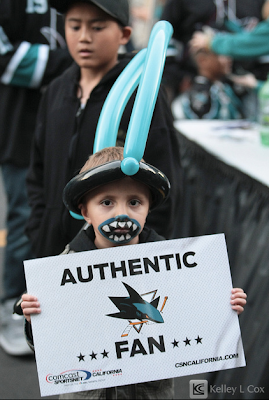 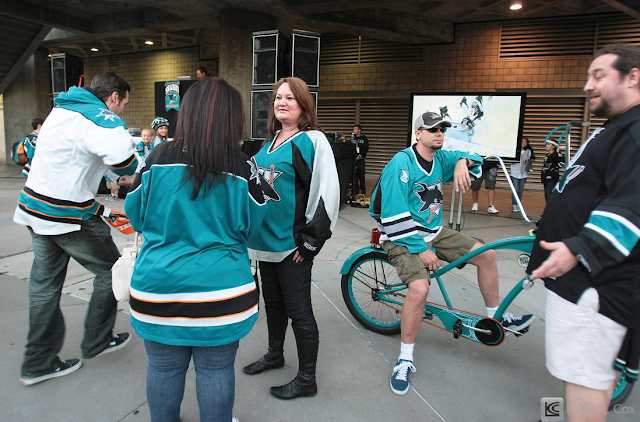 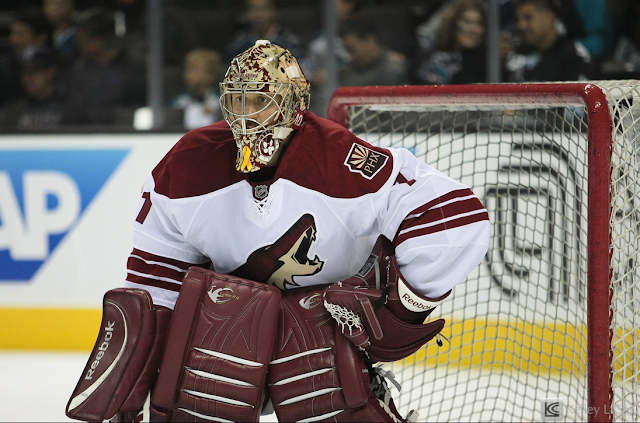 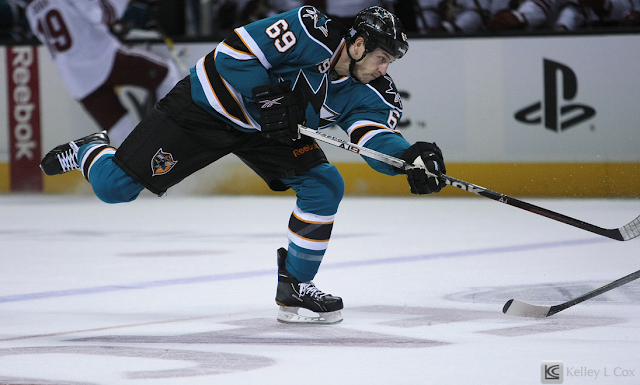 Though only my third game and I'm still not certain of all the rules, plays, intricacies, hockey is definitely fun to shoot. 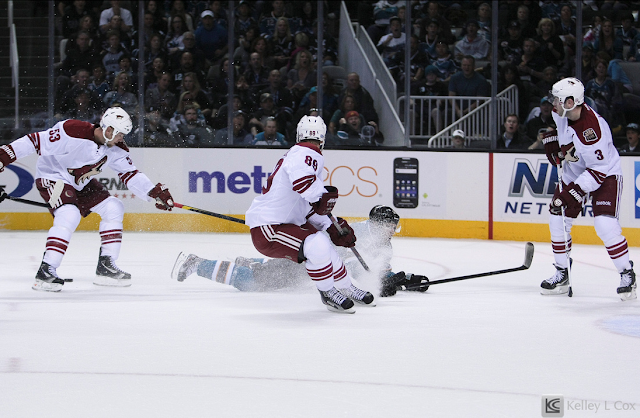 It's a challenge shooting ice level because your view is limited through the hole and you have to be very attentive to make sure you don't get slammed into by a player, or worse have the puck come flying through the hole. The odds are very slim it would hit so perfectly to come through the photo hole... but it's happened before. 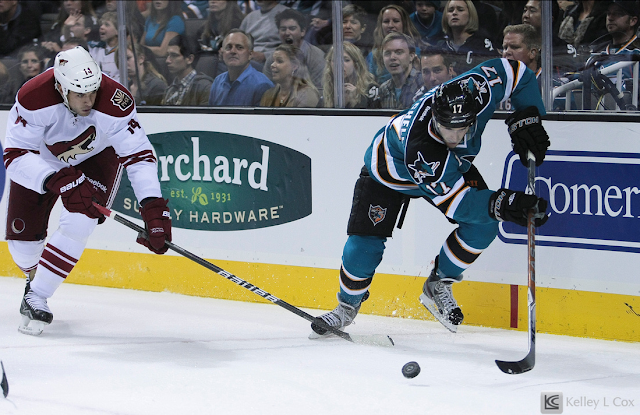 But I'd rather be comfortably on edge shooting through the hole, than the referees on the ice trying to avoid getting caught in the play. 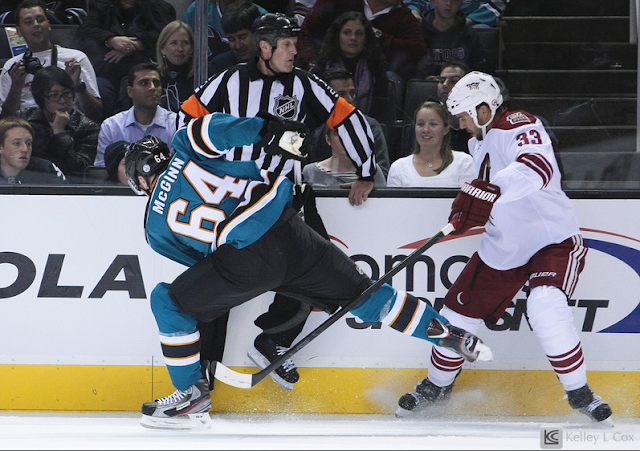 Spent the third period shooting from up top. 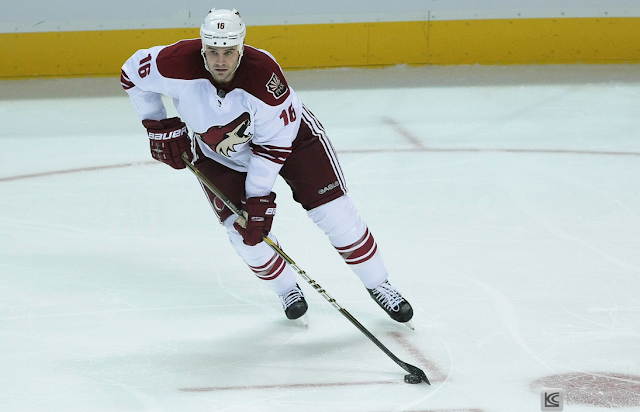 It's always neat to get a different perspective on the play and nice clean backgrounds. 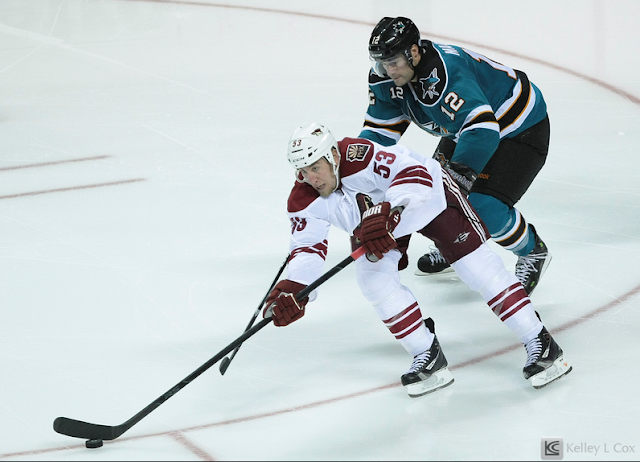 And easier to capture individual players throughout the rink. 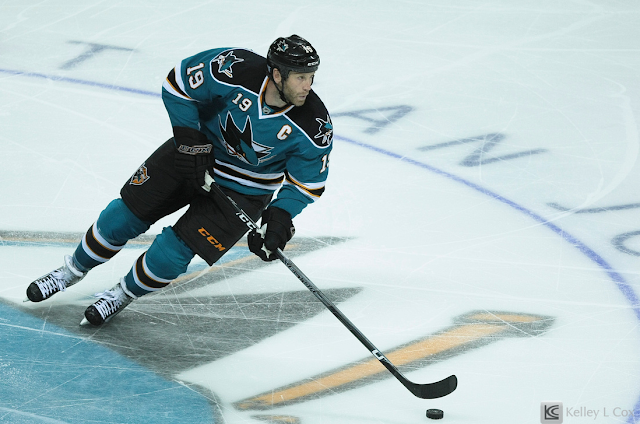 But the excitement is definitely shooting low from the ice. 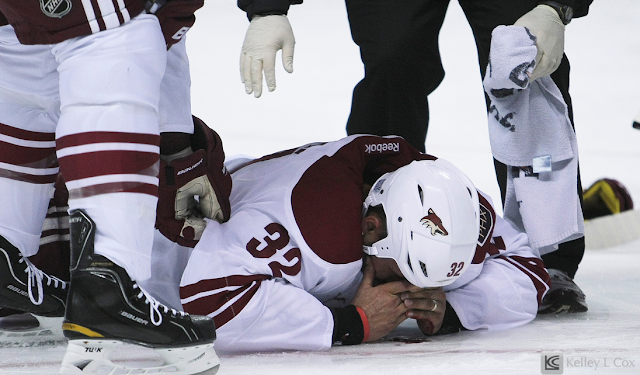 Sharks put up a punishing 6-3 victory over the Coyotes. Looking forward to shooting more games this season. 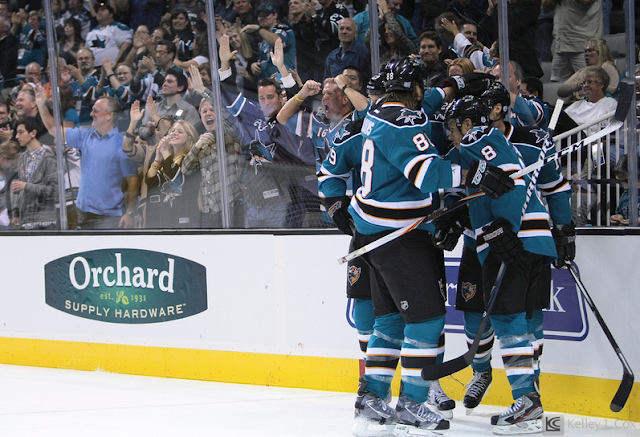