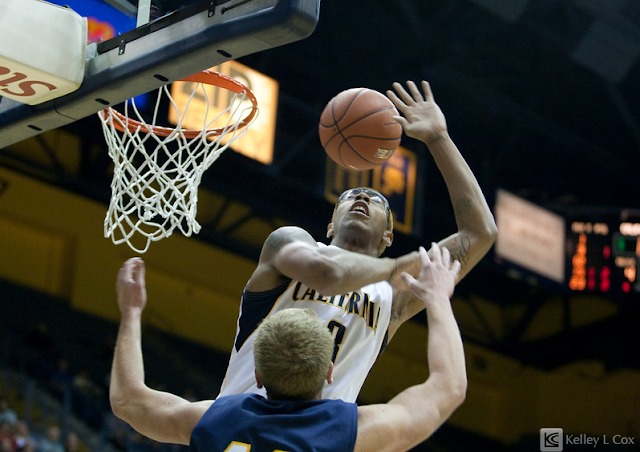 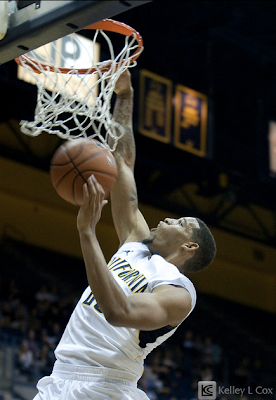 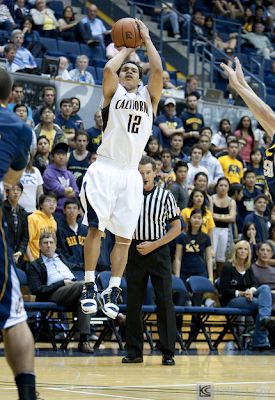 Presswire had forgot to request my credential but thanks to the help of Assistant Director of Operations, Jenna Hall, and SID Jeremy Wu, they were able to give me a credential last minute. It's great because even though I'm bummed that I'm no longer working with GBS and I miss taking the head shots and being involved with the team, I still get to work with these awesome people! 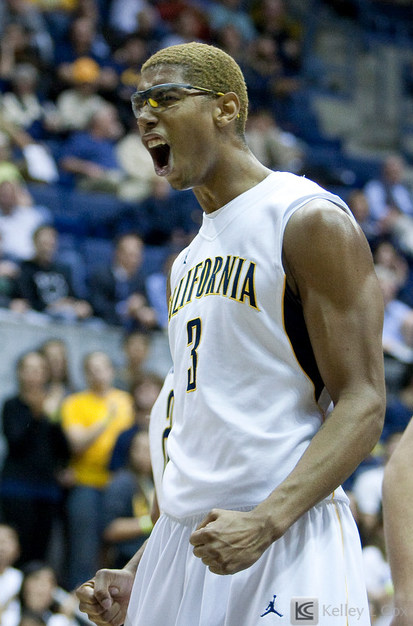 It's neat to see all the new faces. 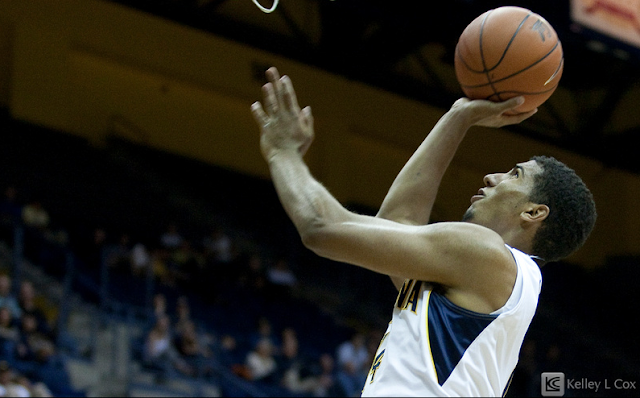 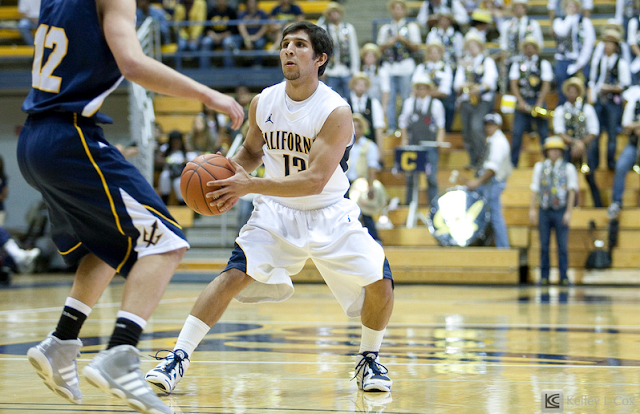 Especially David Kravish who had a great game, and if he is able to put on some weight, should be a powerful force in the future of Cal Basketball. 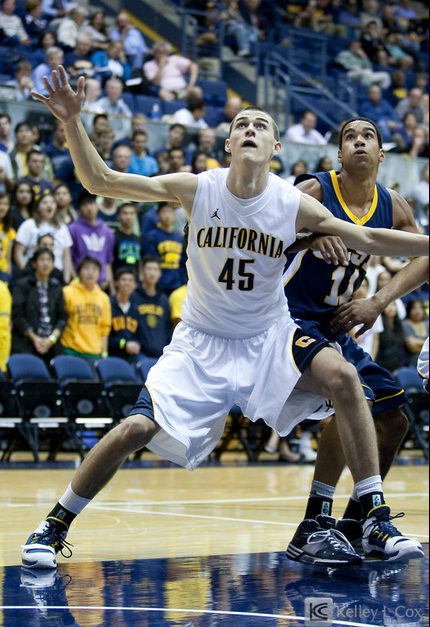 Speaking of putting on weight, Richard Solomon got bigger in the offseason. 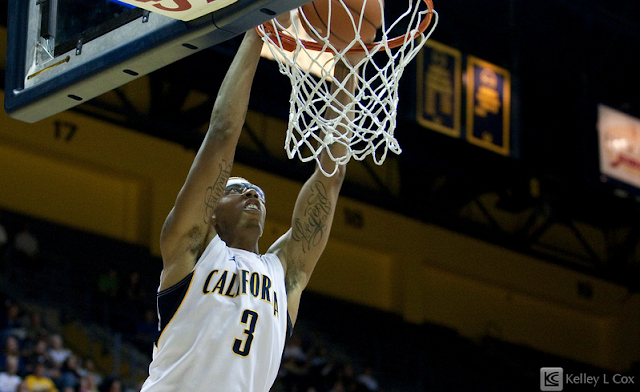 Though there's many new faces, it's great to see the returning seniors Jorge Gutierrez and Harper Kamp. 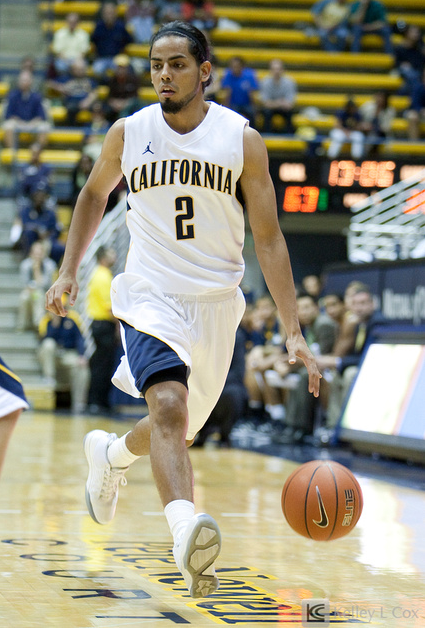 Though Harper Kamp was a sophomore my senior year, but is less than a year younger than me. 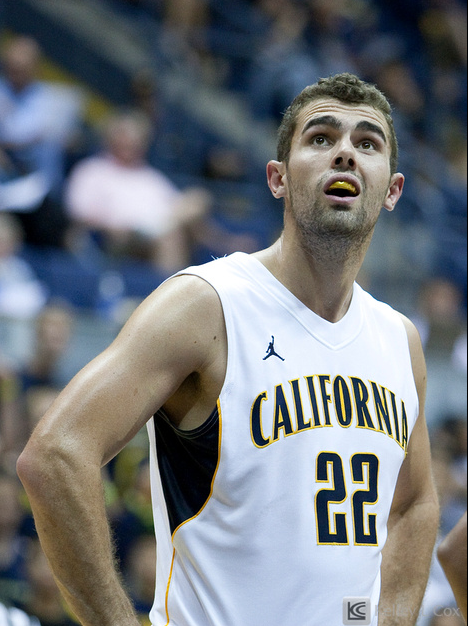 Jorge was a freshman my senior year, so despite just having my birthday and now being "mid-twenties" instead of "early-twenties" as my lovely sister reminds me, I guess I won't feel old until next year when all the players arrived after I had already graduated from Cal. 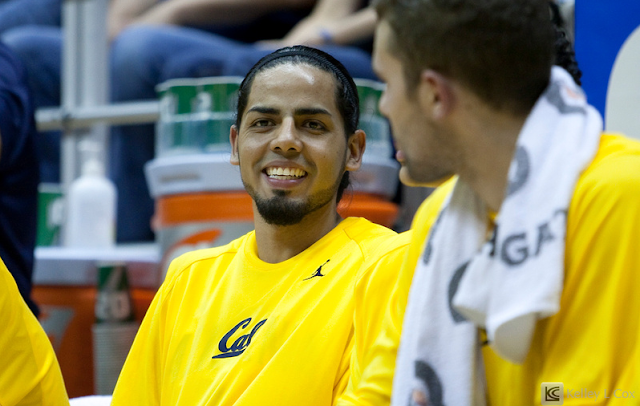 After a surgery to remove cancer in his bladder, it was great to see Mike Montgomery back and healthy. 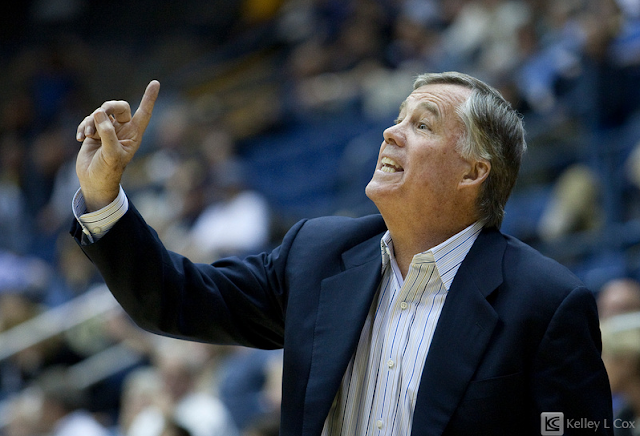 Though he didn't jump on the court, he's still recovering and it's only preseason. 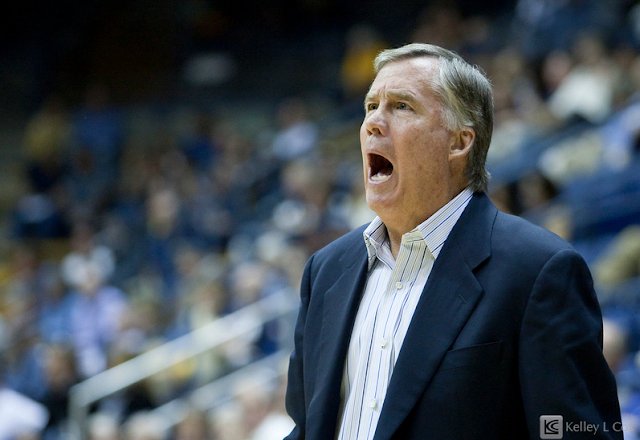 After the game, the media gave Justin Cobbs a hard time for his hairstyle matching Richard's asking who had the idea first. 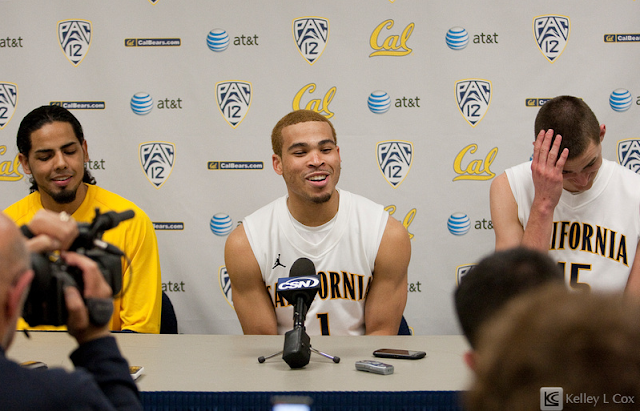 Though Jorge is now accustomed to addressing the media, I think it's still a new experience for Kravish. 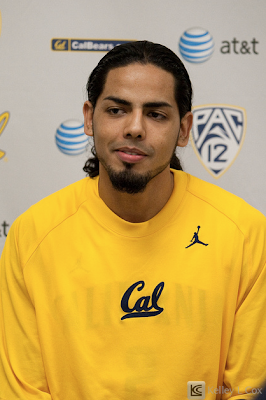 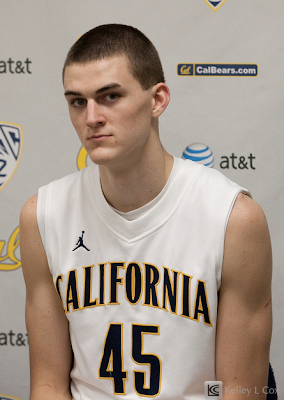