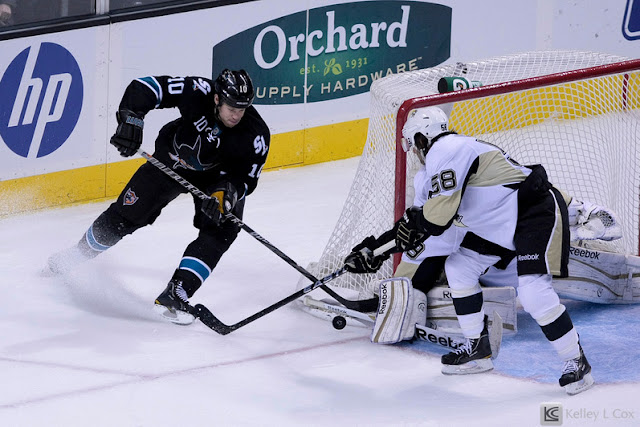 Headed over to the Shark Tank, aka HP Pavilion for the Sharks vs the Penguins. Starting off with honoring Joe Thornton for 1,000 career goals, you already knew you'd be in for a good game. Not to mention the Penguins haven't won a game at the Tank since '97. 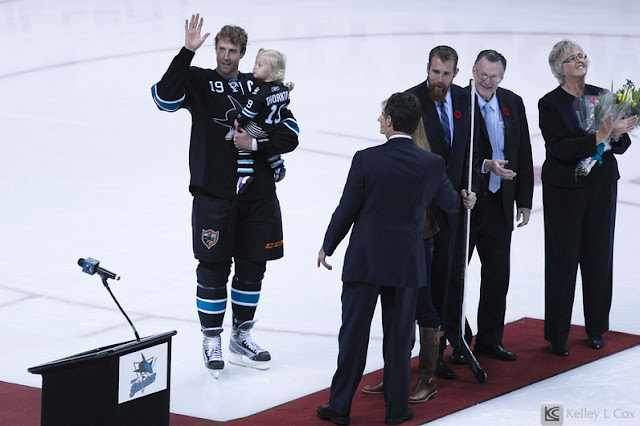 Though the Penguins put up two early points and another in the third, somehow between the punches, Sharks were able to match and come back for 3-3 in the third period. 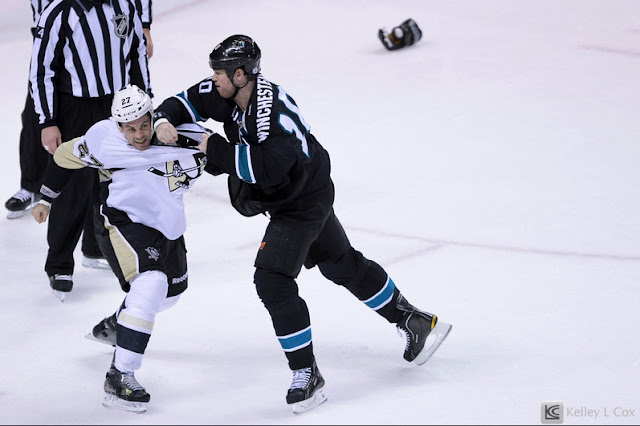 Go into a fourth period, then into a shootout. 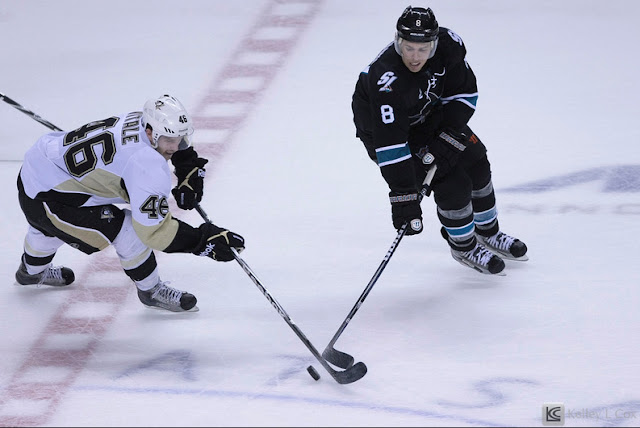 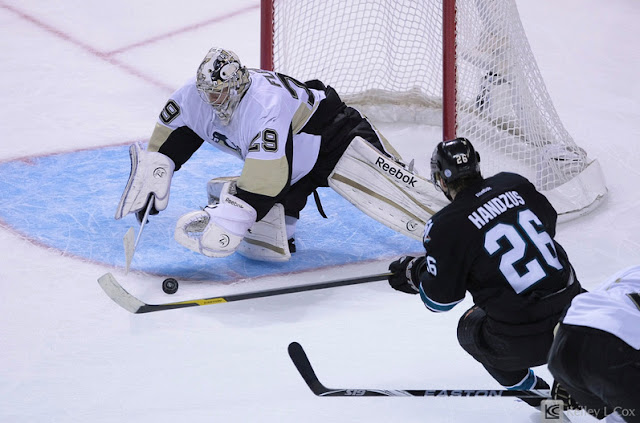 Though I've seen soccer penalty shots determine a game, this was the first time I'd photographed (or even seen) a shootout in ice hockey, how exciting! 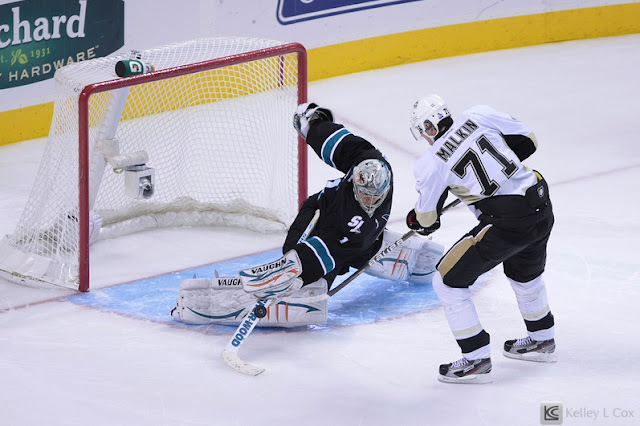 Thomas Greiss really stepped up to the plate... or the rink I suppose, and didn't allow any shots. Epsecially considering he wasn't even the starter and replaced Antti Niemi after Niemi allowed two goals in the first 2:04 of the game. 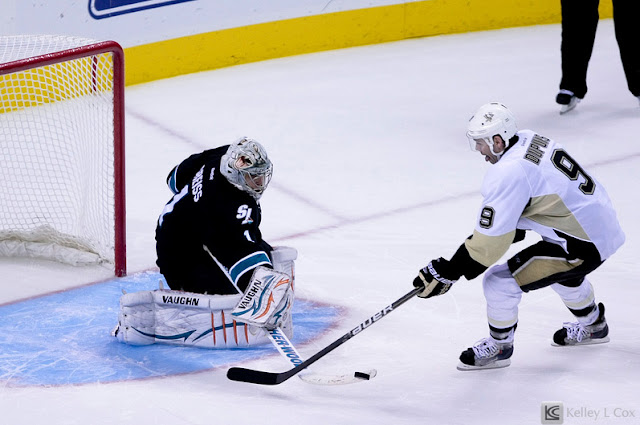 And Ryan Clowe, put it in the net for the win. 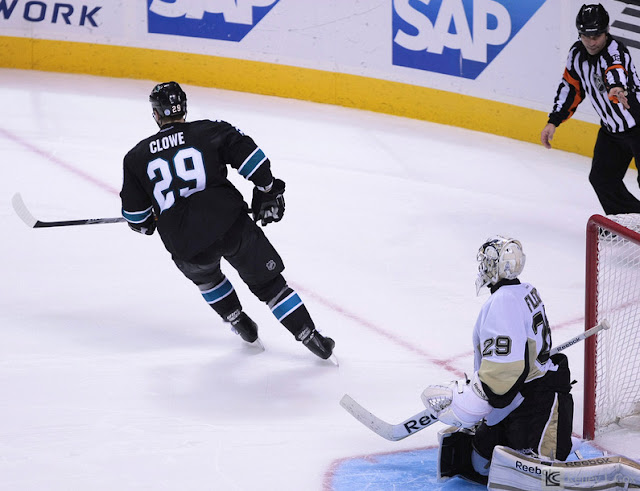 On the way home, I called my mom who had been watching the game on TV, and the first thing she says "I've decided I love ice hockey! It's so exciting!" I'm still getting used to photographing the game, but you can't deny it's excitement, especially games like tonight! 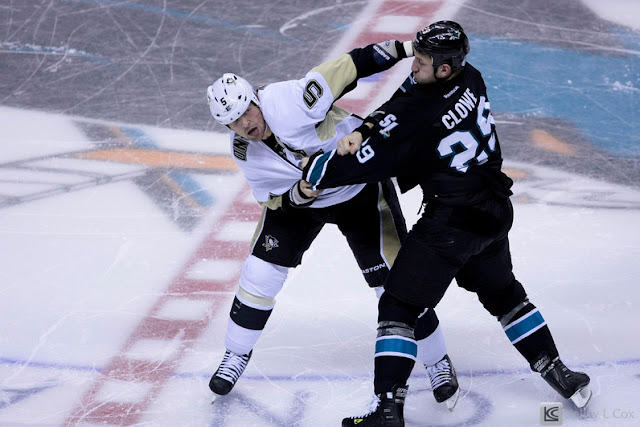