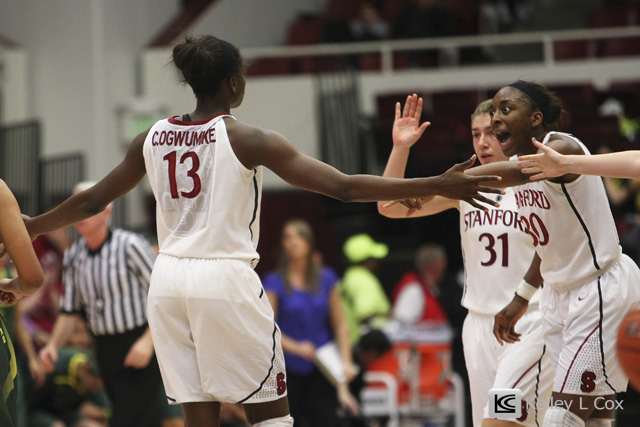 Headed over to Maples for my first game of the New Year to watch the Stanford Cardinal women's basketball battle against the Oregon Ducks. 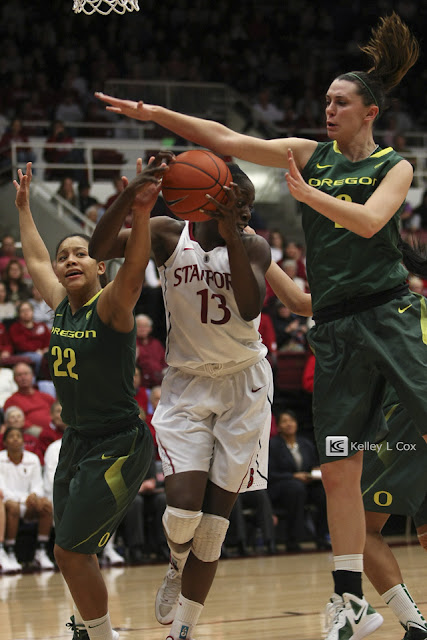 Before the game, the guys in the media workroom were guessing what the point margin would be, debating between 20 and 25. 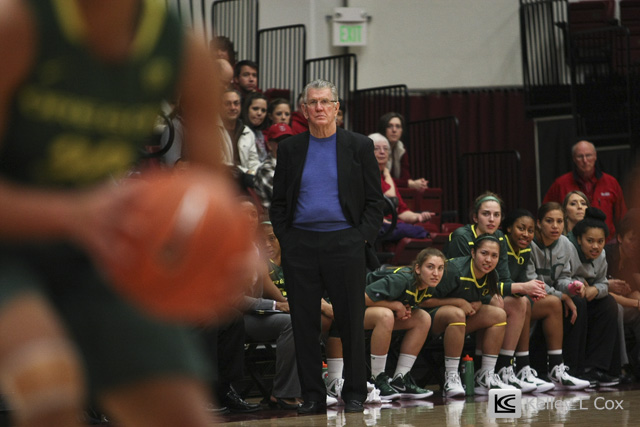 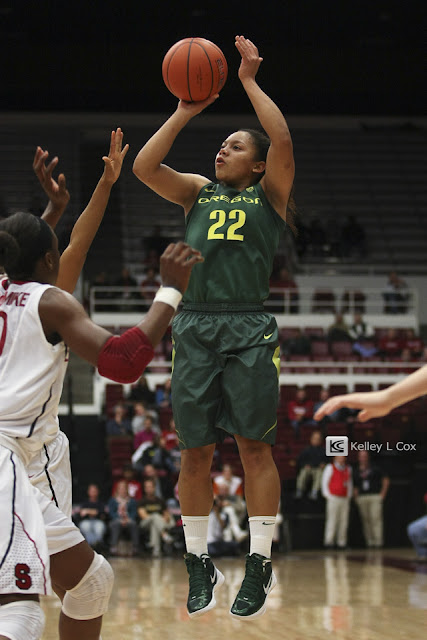 They were just about right as the Cardinal defeated the Ducks 93-70. 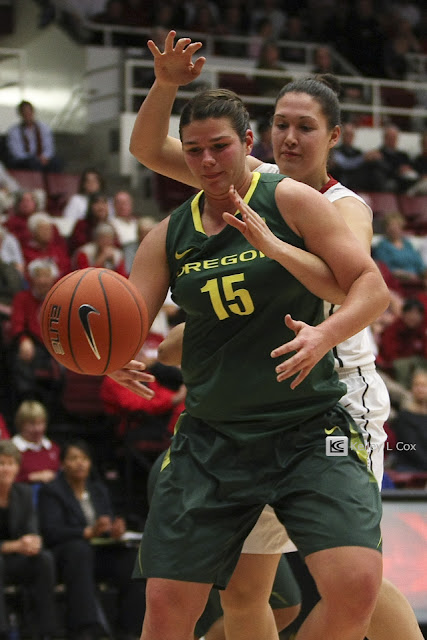 Nneka Ogwumike scored 32 points... and Tara VanDerveer said she didn't have a great night! (I consider 32 points a GREAT night! ) 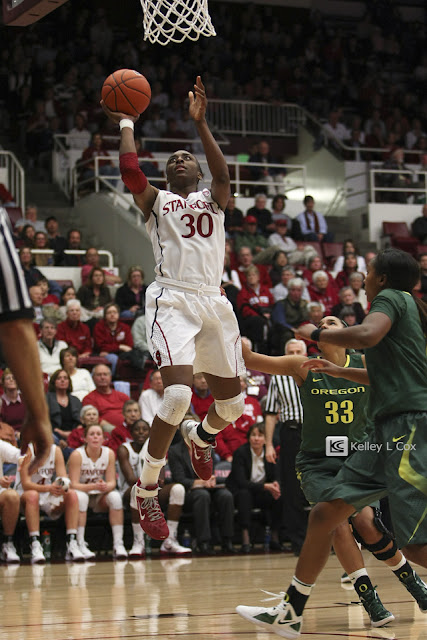 But the story of the game was Bonnie Samuelson who scored six 3 point shots. As they were draining she just started to smile as if she couldn't believe it either. Her hot hand cooled and those six 3 pointers were her only of the night. But it was quite enough for the Cardinal win. 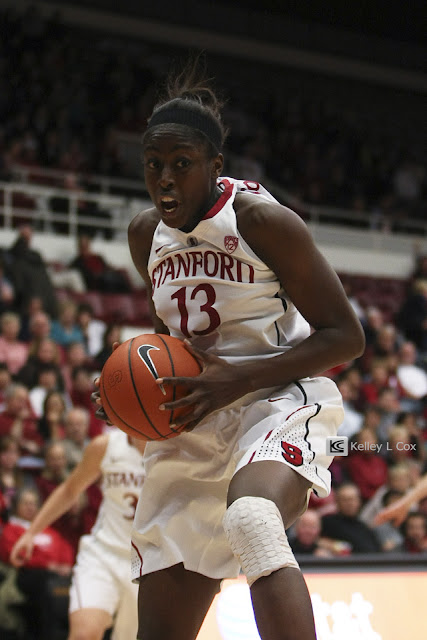