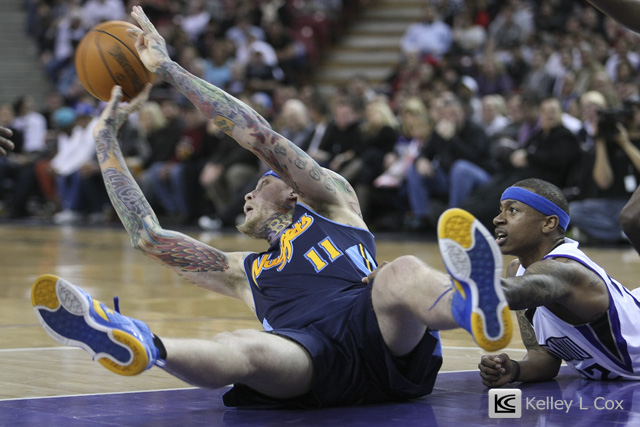 Headed up to Power Balance Pavilion in Sacramento for my first NBA game of the year between the Denver Nuggets and Sacramento Kings. 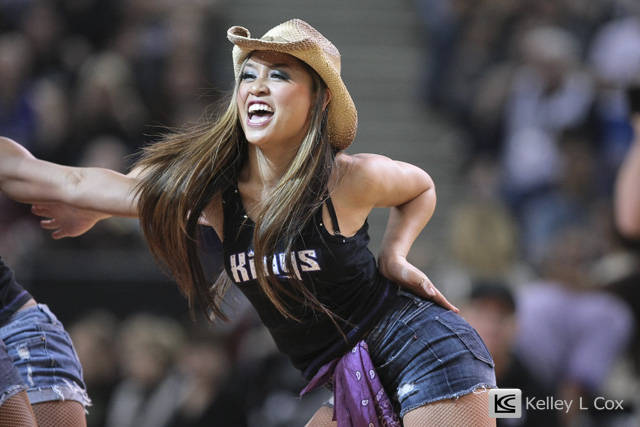 I was excited to see the Kings newest superstar rookie Jimmer Fredette. 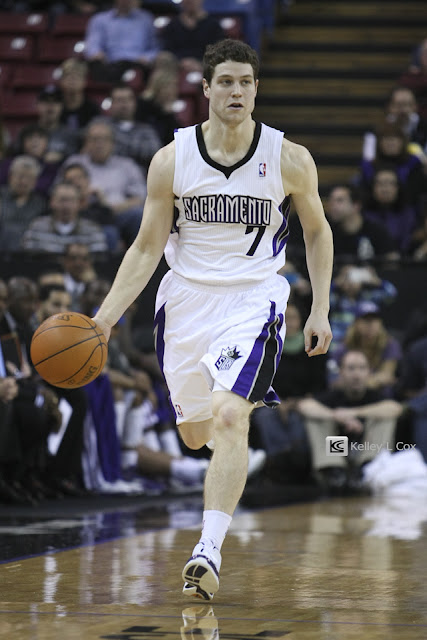 It was also exciting to see Isaiah Thomas since he was a Pac-10 (now 12) player I've been photographing since he played at Washington. 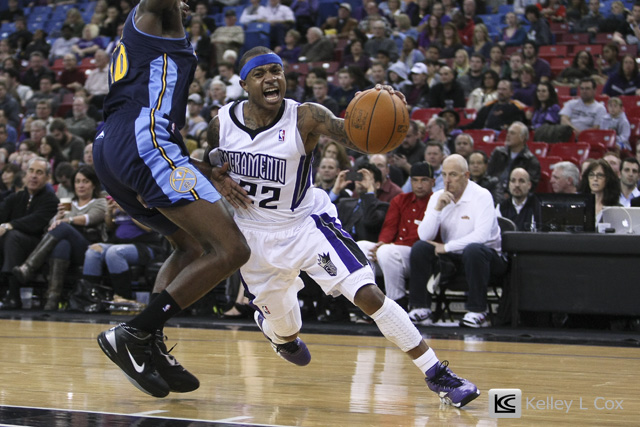 And of course Chris "Birdman" Anderson who still kind of terrifies me. Fear the beard? Fear the bird! 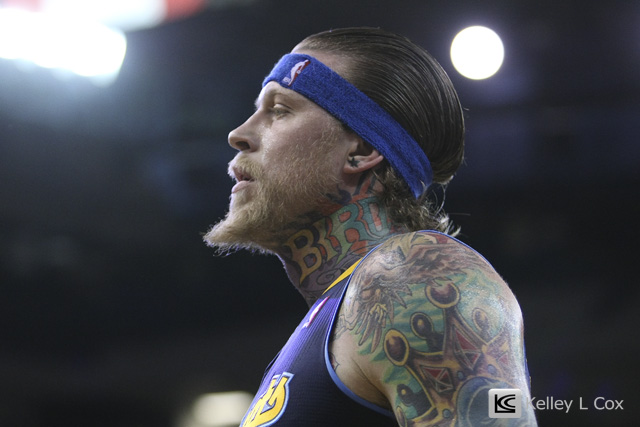 Unlike Al Harrington who was grinning and cracking up along the bench. 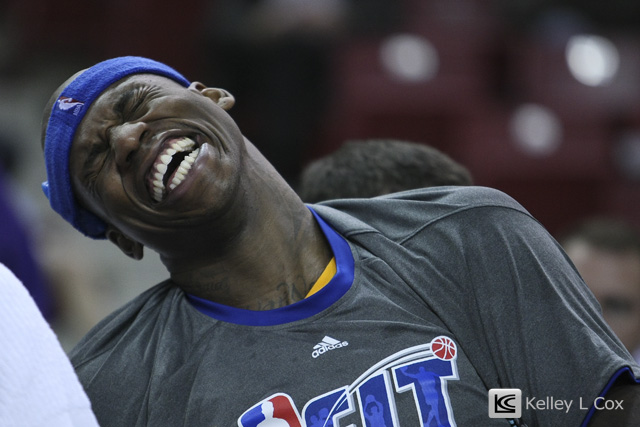 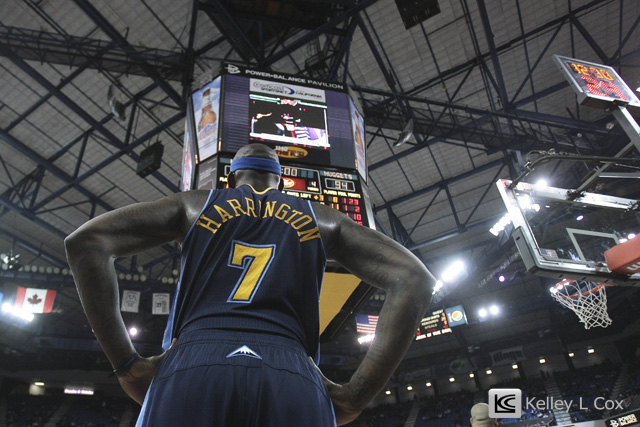 Danilo Gallinari had a great game for the Nuggets, knocking down 23 points. 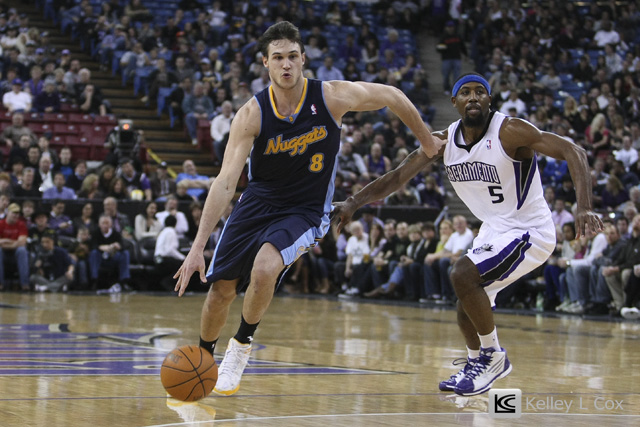 In the fourth quarter as fans gave up, left, and started reading the newspaper? 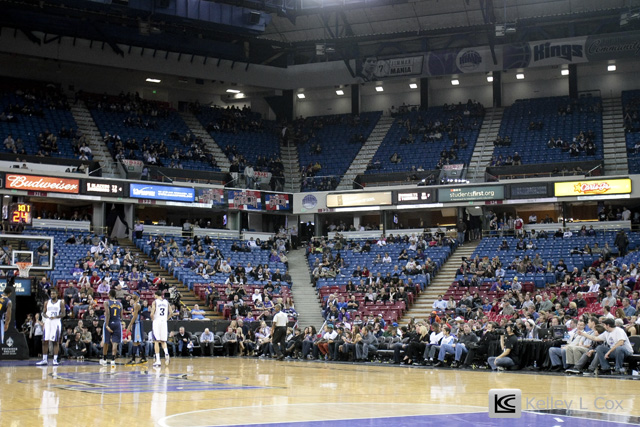 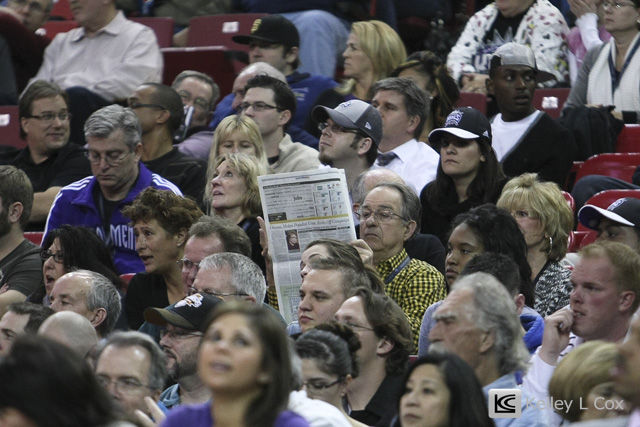 And Andrew Miller took off his shoes knowing he wouldn't have to come back in from then bench. 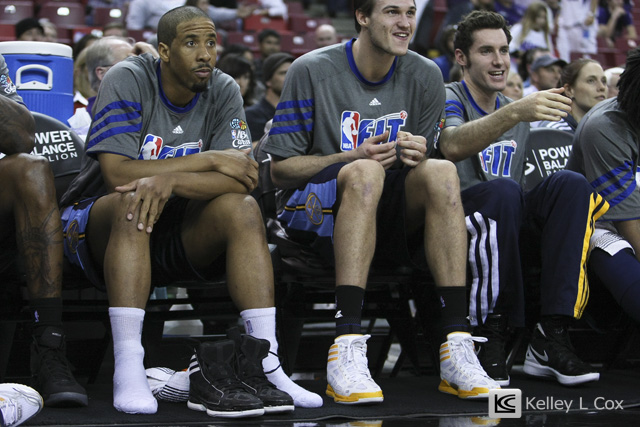 During a timeout some of the guys from PBR, professional bull riders who will be competing at Power Balance Pavilion the next few days, partook in a friendly competition. They are used to riding bulls, so to see them on tricycles is pretty entertaining =) 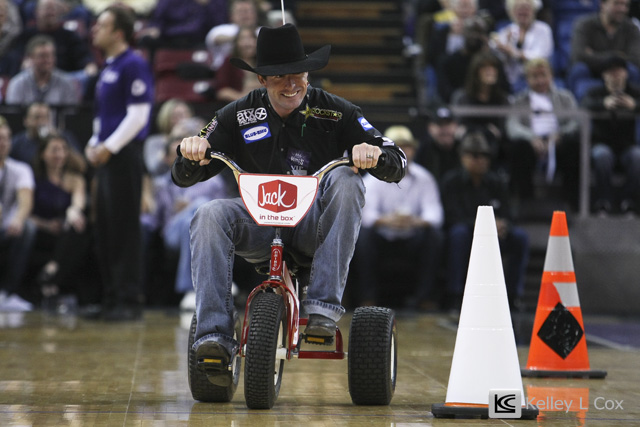 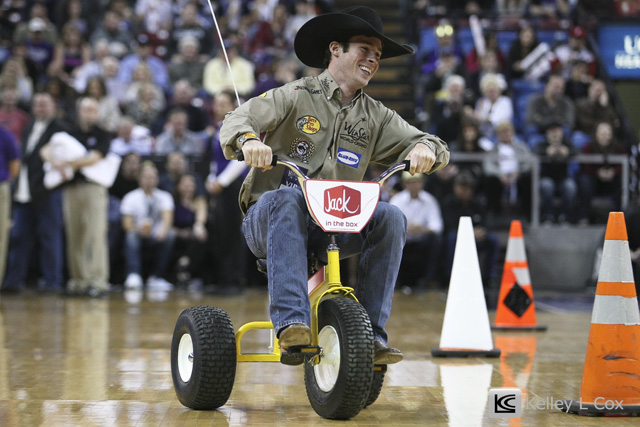 Tough game for the Kings but hopefully they can bounce back and be a little more competitive against their next opponents. 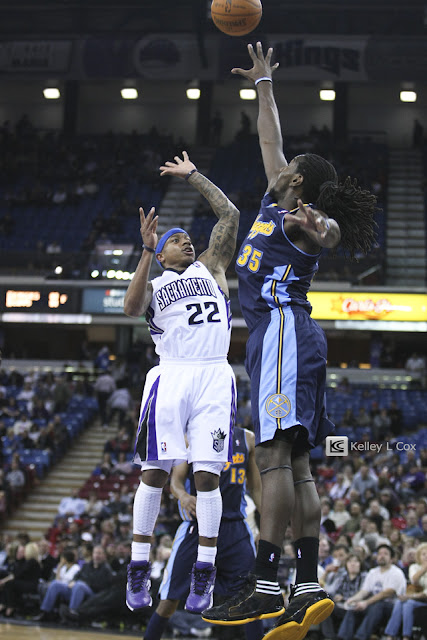