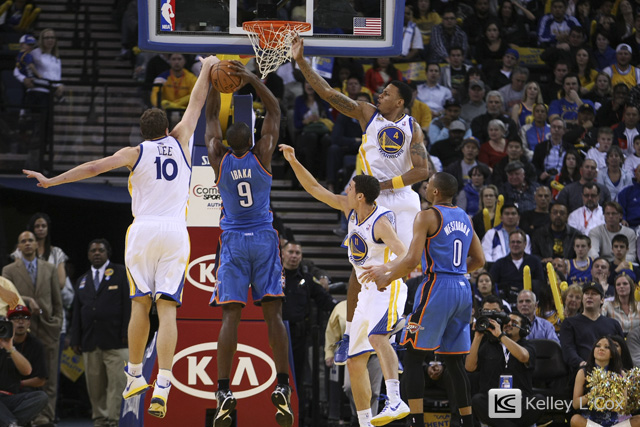 Headed over to Oracle Arena for the Oklahoma City Thunder against the Golden State Warriors. 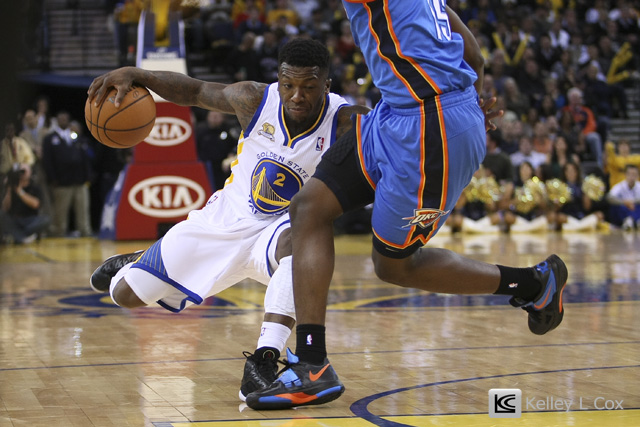 I was super excited because this was my first Warriors game. Before I was even photographing for Cal, I would bring my lil Canon Rebel and a consumer grade 70-300mm f/3.5-5.6 and absolutely ZERO knowledge of what I was doing, and would shoot the games from the stands. Though I'm embarrassed to share these raw/horrendous (and they are the best of the takes) images, I hope it will serve something to show how much your life can change in 5 years, and that dedication, hard work, believing in yourself, support of family and friends, and a number of other sappy catchphrases - can put you in places you once only dreamed of! 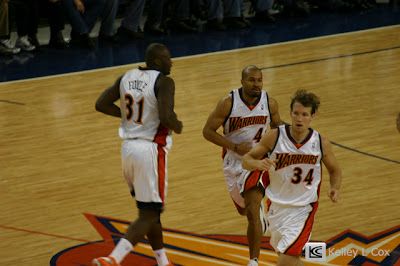 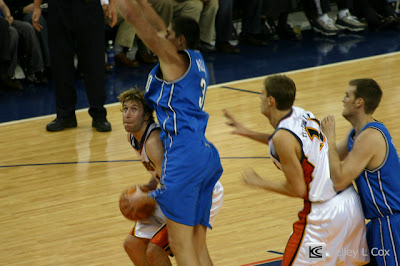 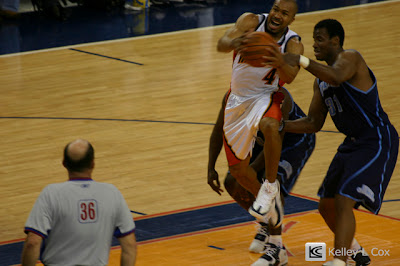 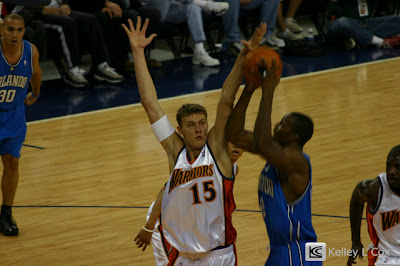 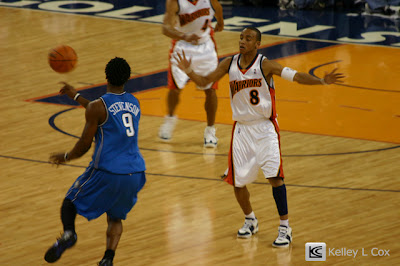 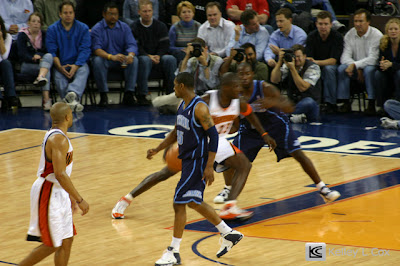 Speaking of which - a huge thank you to Ben Margot who shoots for AP. As I was getting to the game, trying to find media will call and circling around Oracle Arena, I ran into him walking from the parking lot. I caught up to him and asked him where media will call was, and he let me follow him into the media entrance, waited for me while I picked up my credential (he has season credential) showed me where the media work room was, where the food was, introduced me to some of the regulars and even though he had no need to until the game started, walked me through the underground hallways to the court so I could get some pre game shots. Basically sparing me from looking like a lost puppy dog roaming around. Though on the whole I'll admit, myself included, photographers are a strange breed, they are also really cool people! 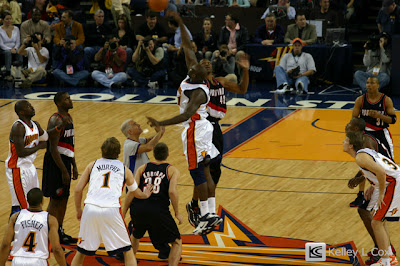 Oh, did you want some actual photos of the game? ;-) 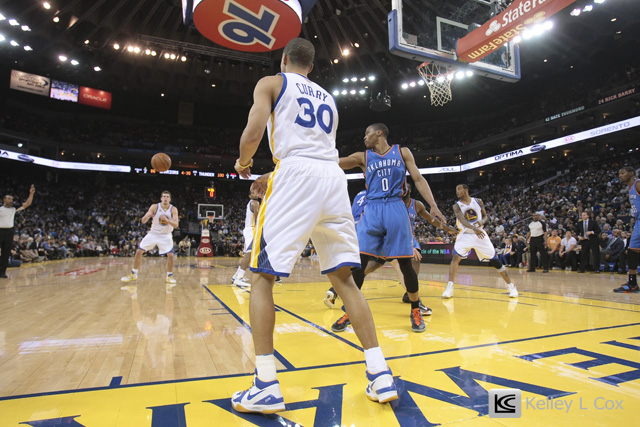 Though the team is pretty much all new from when I was shooting from the stands - Monta Ellis and Andris Biendrins are still around. 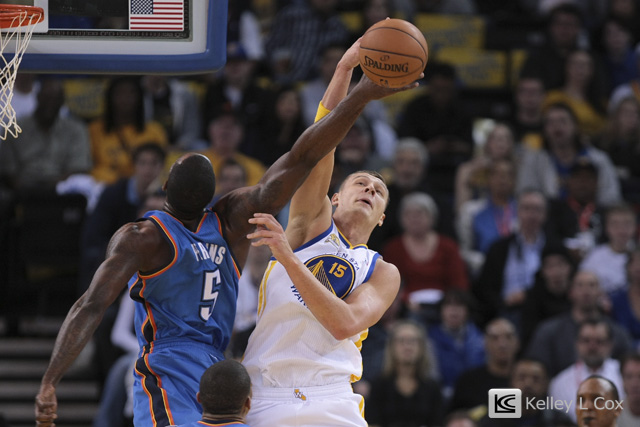 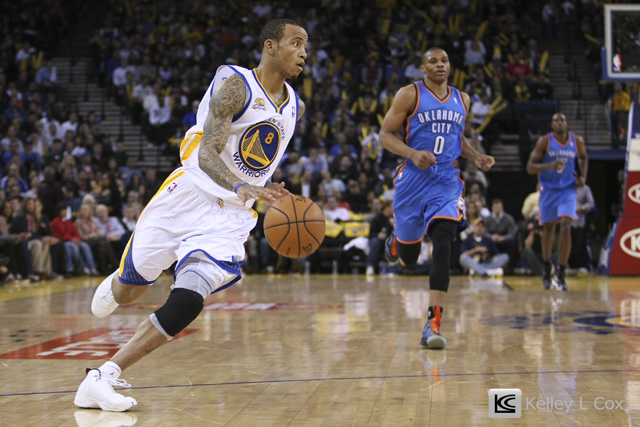 But there's a lot of new and exciting faces like Stephen Curry. Who apparently just wears his mouthguard for looks. 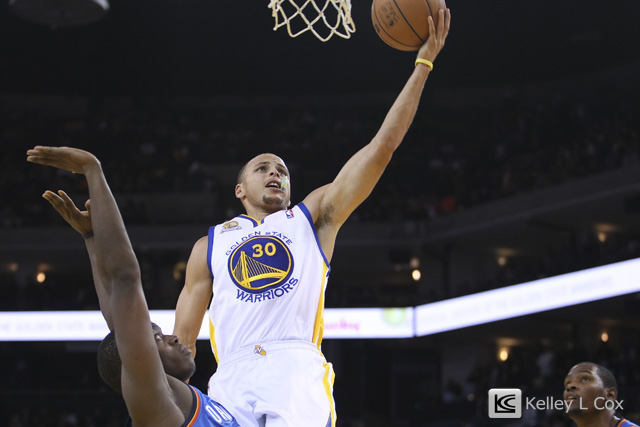 And David Lee, who the other team liked so much they hugged (aka fouled) him 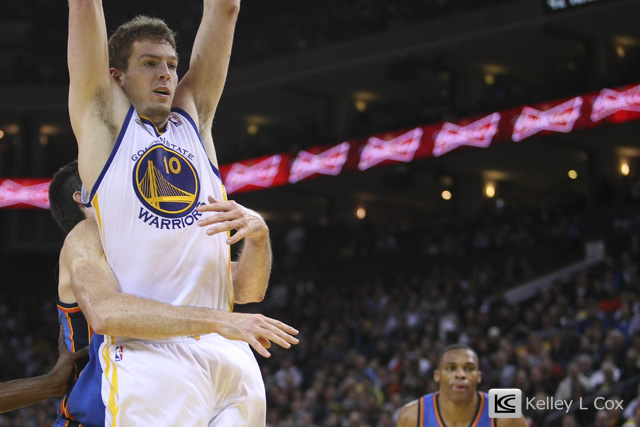 I was excited to see Kevin Durant for the Thunder who are leading the NBA right now. 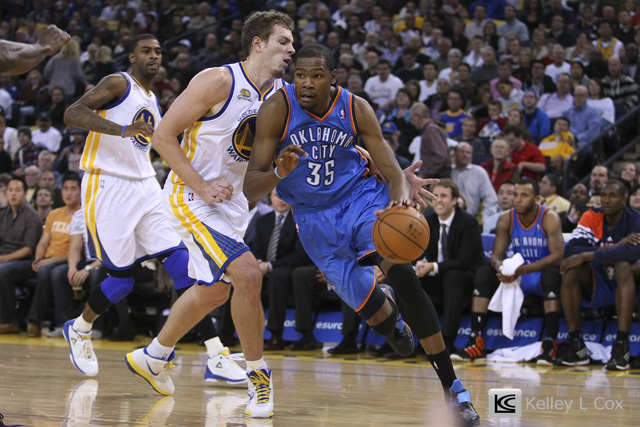 With the help of Russell Westbrook. 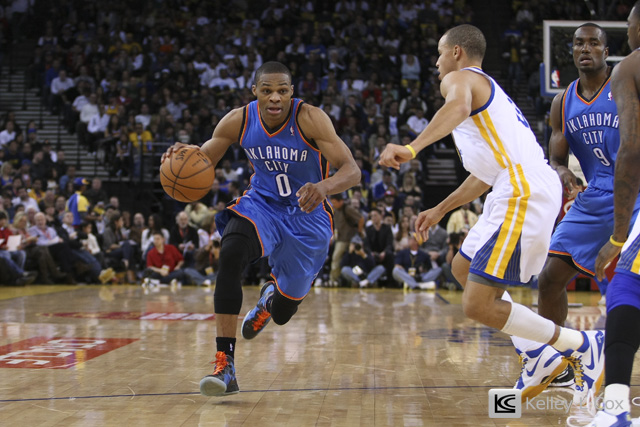 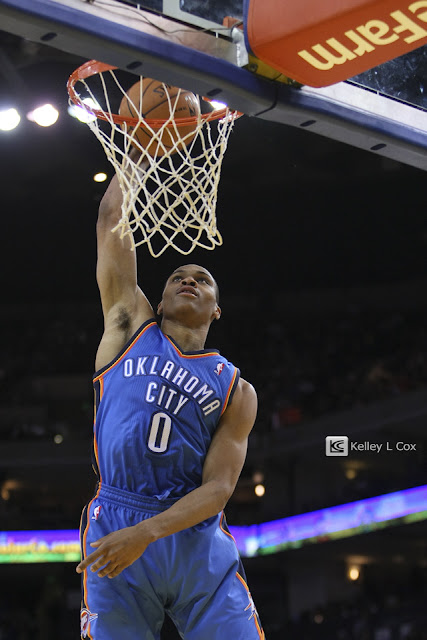 Thunder proved to be too much for the Warriors as they came away with a 120-109 win. 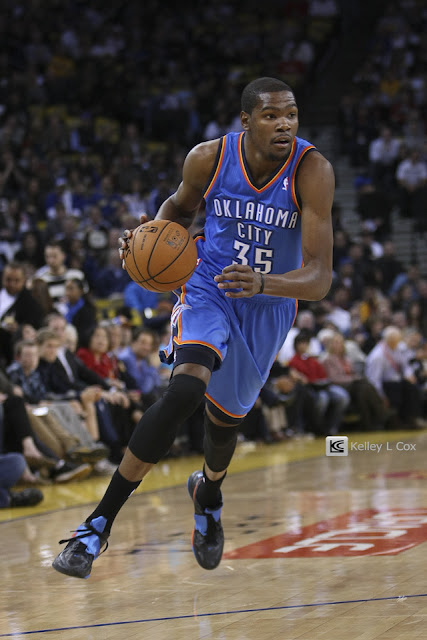 Allowing Nick Collison to laugh off the comments from heckling fans. 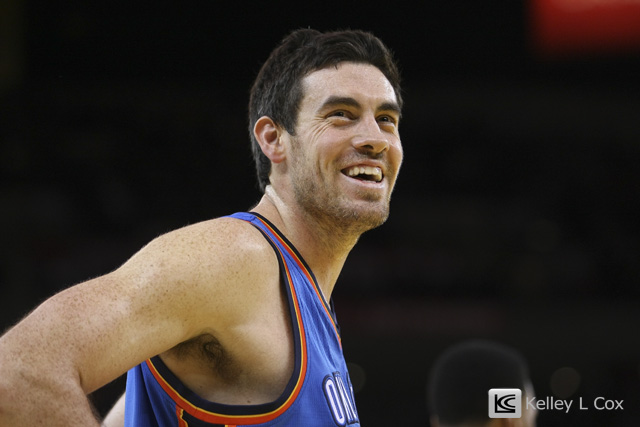 I laugh at myself because I claim I have to take cheerleader photos because my editors request them, which is true. 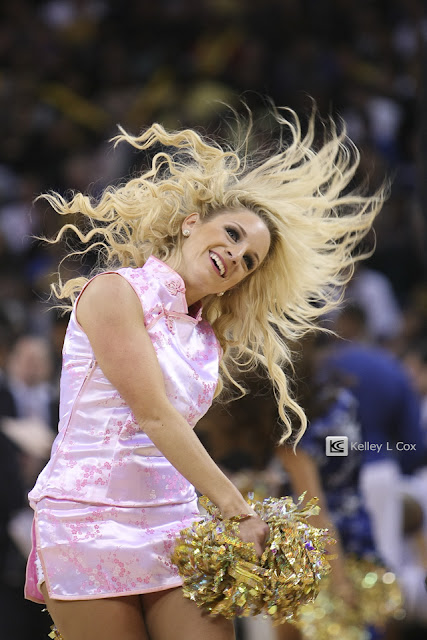 But I can't use that as my excuse because I definitely didn't have editors in '06 shooting from the stands... and I was still taking their picture! 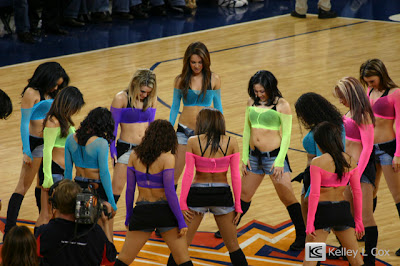 I also laugh because I spotted Raiders owner Mark Davis courtside. In faded jeans, white shirt and tennis shoes, he sure doesn't dress the part of a millionaire. 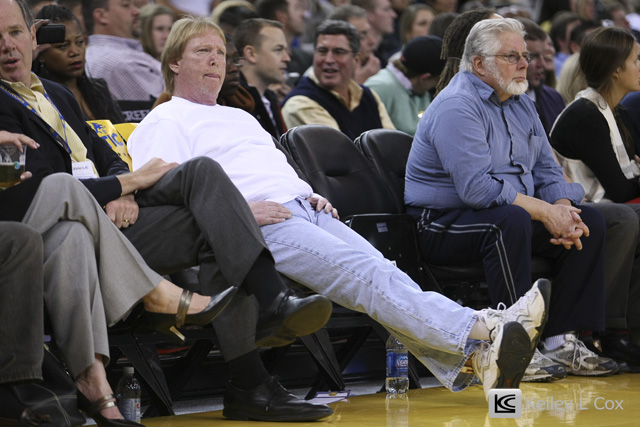 And I guess some things never change! 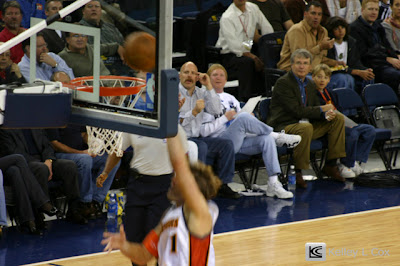