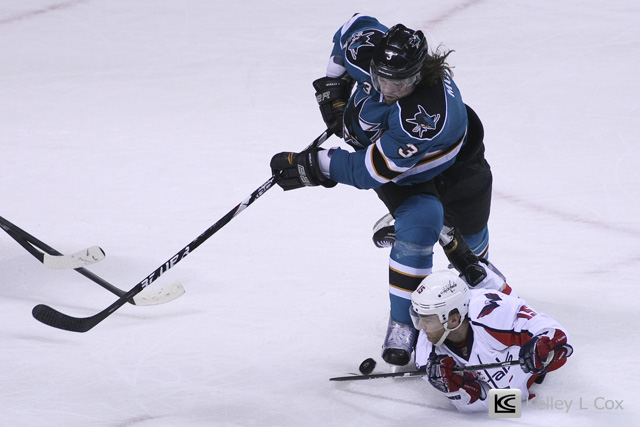 Headed over to HP Pavilion for the San Jose Sharks against the Washington Capitals. 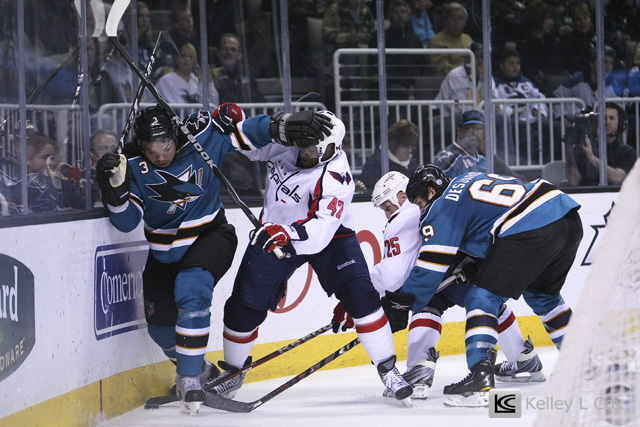 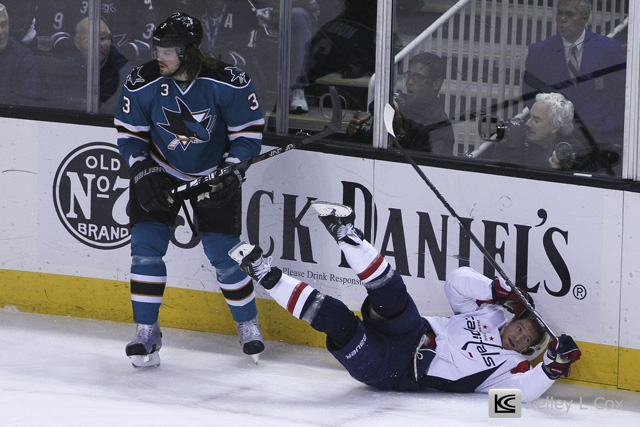 With Capitals on a four game win streak, I wasn't sure how the Sharks would hold up. 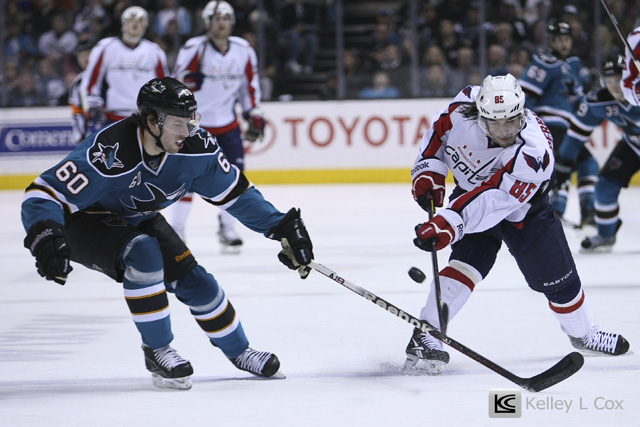 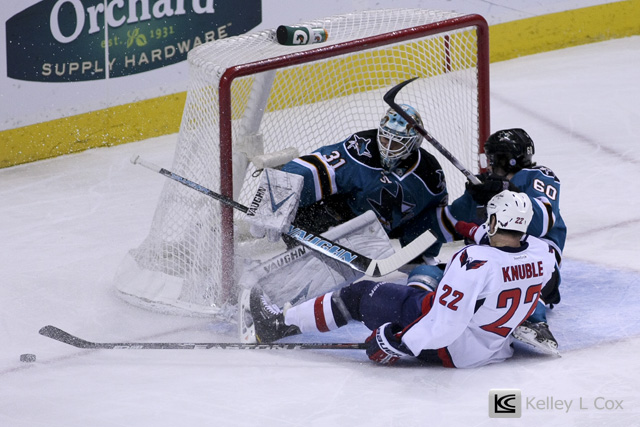 And despite being indoors, you would think it was snowing from this shot, haha! 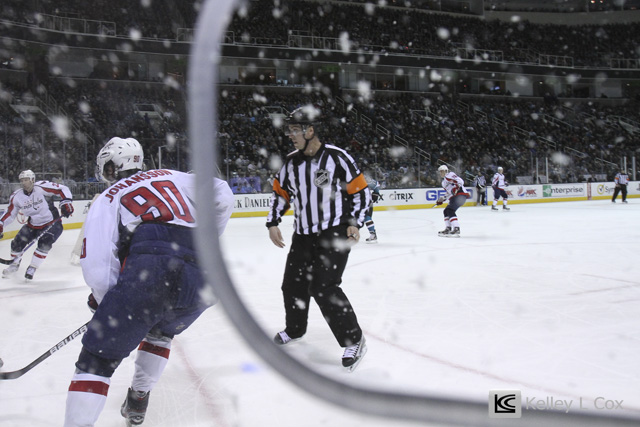 After a scoreless first period Sharks came up with the first goal. 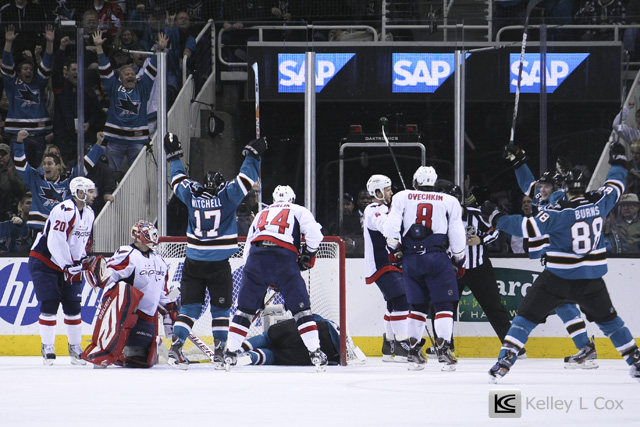 Which was shortly answered by the Capitals. 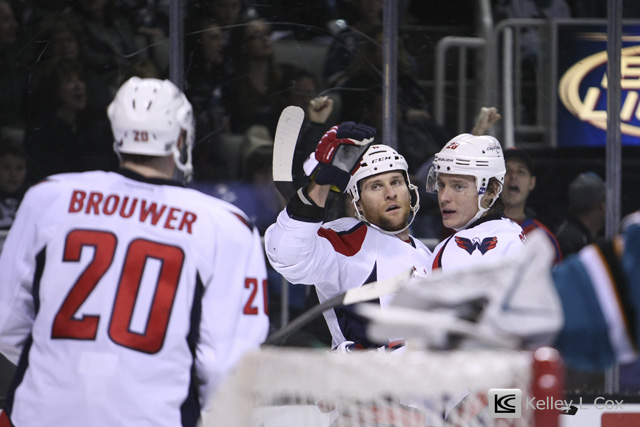 Brent Burns scored another in the final seconds of the period to put the Sharks ahead again. 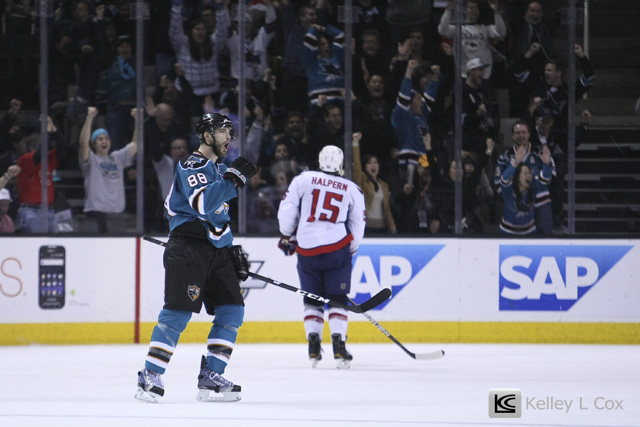 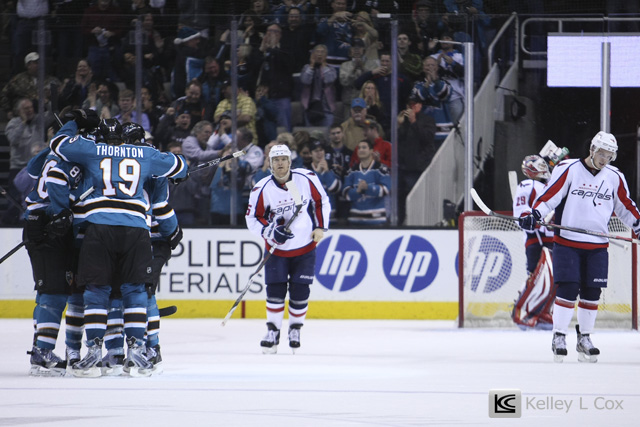 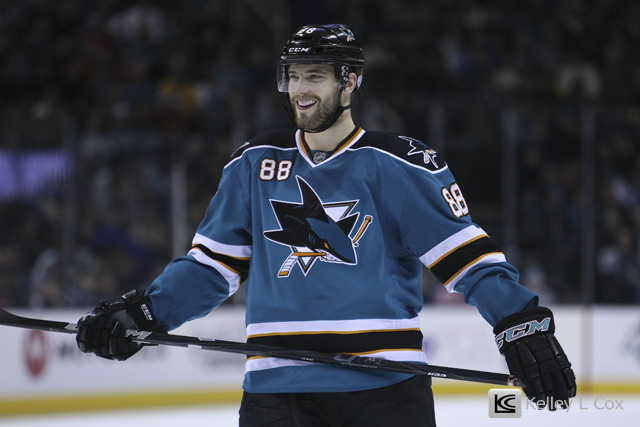 While I was still transmitting between periods, Sharks and Capitals both scored within the first minute of the third period. But thankfully there was still plenty of action to shoot when I made it down to the ice. 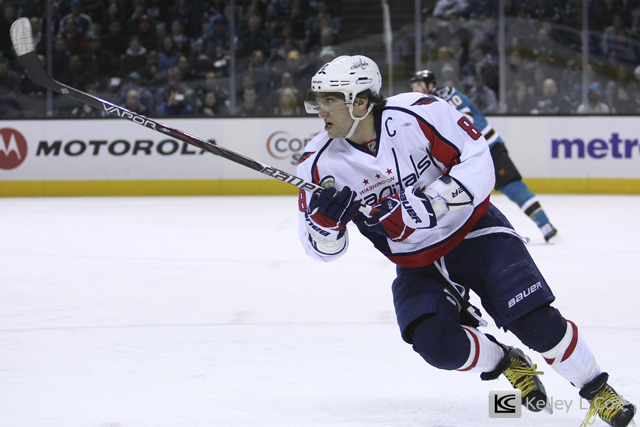 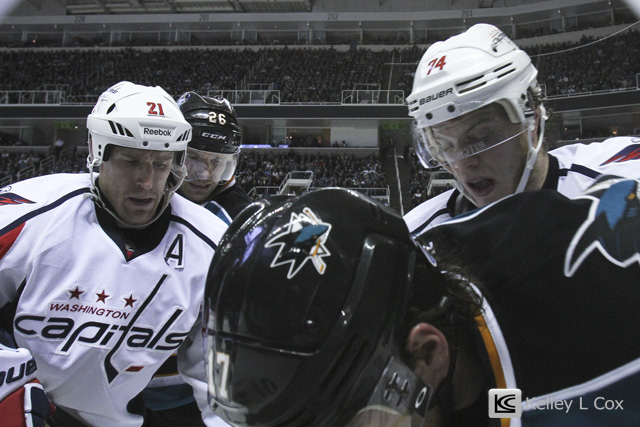 Including a little tussle between Alex Ovechkin and Brad Winchester. 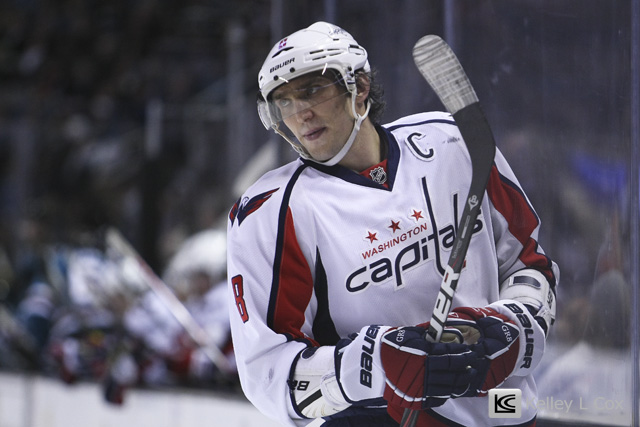 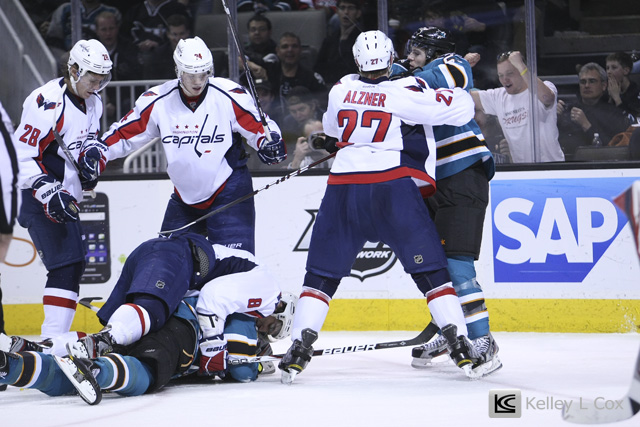 But Sharks weren't done scoring. Marc-Edouard Vlasic scored an impressive perseverance goal off his own rebound. 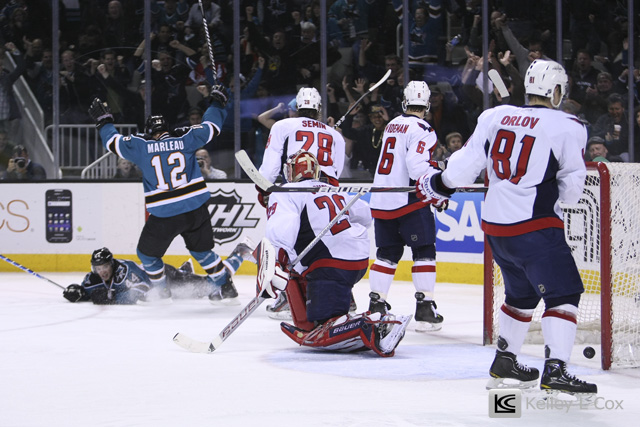 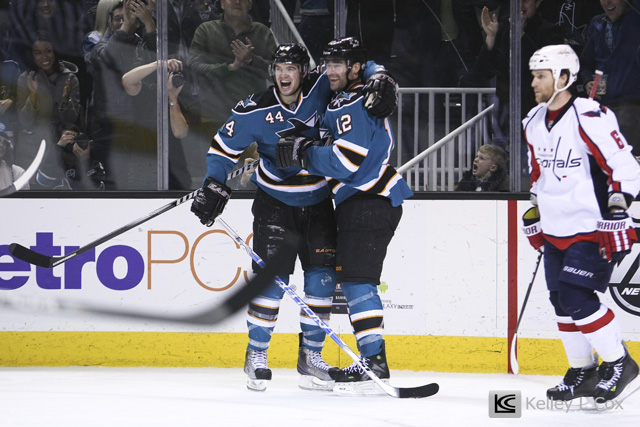 Capitals Tomas Vokoun left the goal as is common for the trailing team, to put as many offensive players on the ice as possible in the final moments. But with the goal unattended, Torrey Mitchell took the long shot and scored again for the Sharks 5-2 victory over the Capitals. 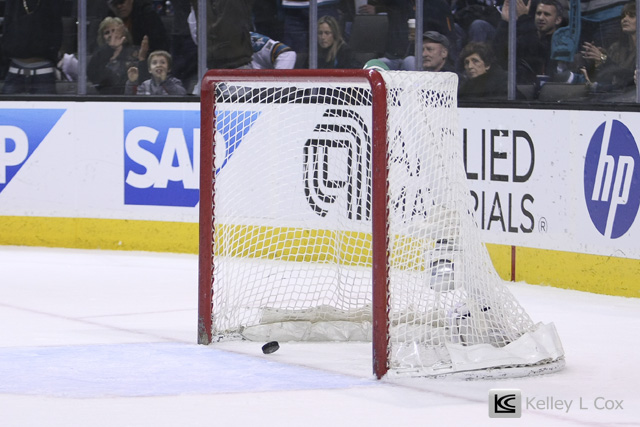