What a busy day!! 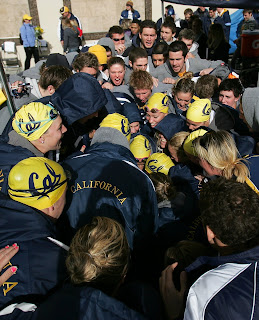 Woke up early yesterday for Cal Men's Basketball vs Oregon State at 11am! Tracing backwards, arrive 10am, leave 9:30am, wake up 8:30am... on a Saturday! Had a jumbled schedule where I shot intros for Men's Basketball then headed immediately over to Swimming next door because it was senior day. Then Michael Pimentel and I swapped at half and I finished covering Men's Basketball. 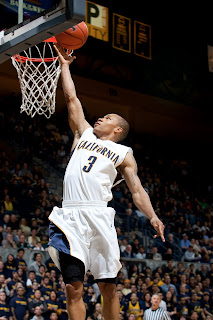 I'm only contracted with GBS to shoot Football and Basketball so it's fun to shoot the less commercial sports. Cal Aquatics is such a great program. There are countless Olympians on both the men and women's team, including Gold Medalist Nathan Adrian. Former Cal Bear (and Dancing With the Starts contestant!!) Natalie Coughlin still trains at Cal and attends their meets. Didn't shoot any of the actual meet, but got to photograph the warm ups and introductions. 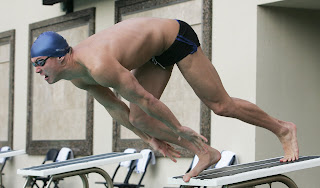 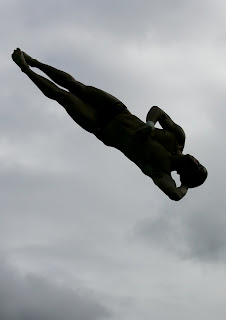 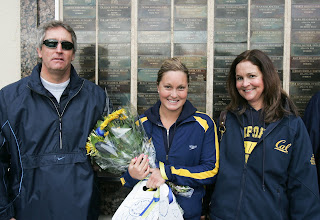 Cal Men's Basketball was exciting because Oregon State head coach is none other than brother of the First Lady, Michelle Obama, Craig Robinson. The awesome thing was he has his own secret service guy!! What a life, huh? You sign up for this secret service government job, and you get to go to College Basketball games! 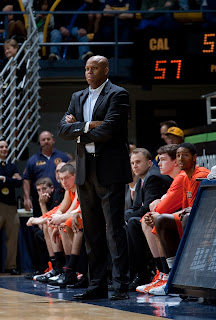 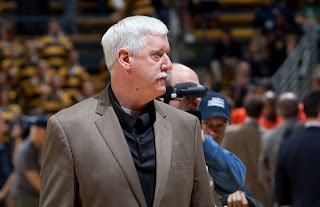 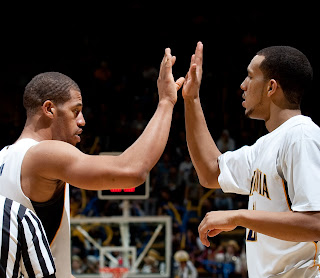 Glad to see Jorge is back, even if he had little playing time and has to wear a giant brace. 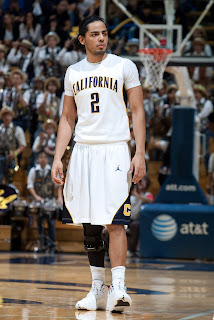 Was a clear day, so here's some shots of the view from the top of the roof at Haas. 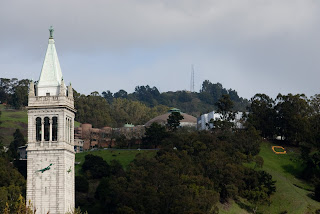 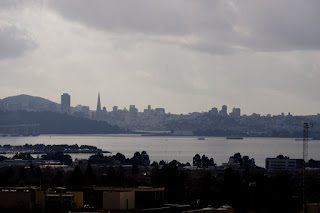 After both games I met up with my mom and her bestest buddy since kindergarten who was visiting. I drove them around the bay for a touristy day. 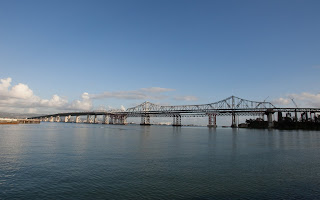 They are both trouble makers who had me drive around Treasure Island in places designated as "Evacuation Zone" where all the bay bridge construction is going on. Pretty cool to check out though. 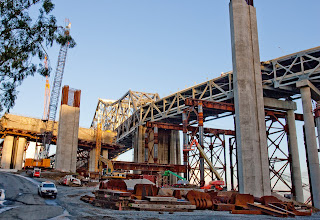 My favorite shot, below, was just through the fence. I like how the bar splits the bridge but frames the city. 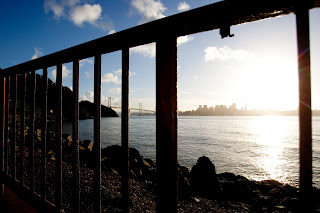