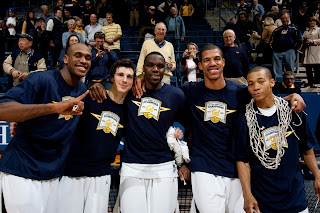 WHAT an exciting day! Cal Men's Basketball beat ASU. The game determined whether Cal clinched at least a share of the Pac-10 Title. Did I mention that would be the first time in 50 years?!?! 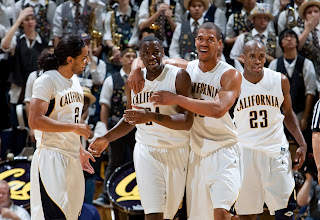 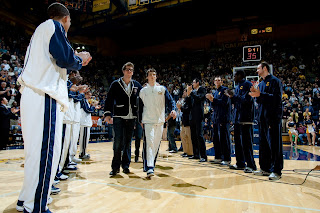 It was senior day so you had Jamal, PC, Jerome, Nikola and Theo all being introduced on the court before the game with their families. Well except for Nikola who's from Serbia who instead walked out with his Serbian friends from Cal's water polo team. Rome was crying with his mom and hugging his brother. To think it's their last home game is nuts. It's crazy too because a lot of these guys were getting started same time as me, or red-shirting a season, and since I didn't get started shooting for GBS until my sophomore year, these are the ones I've been photographing throughout. 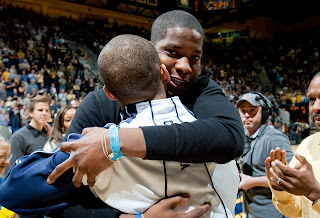 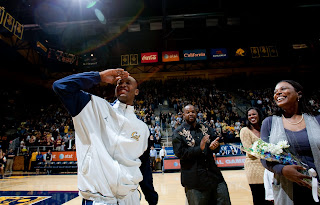 I thought about what I'm going to miss most about the seniors:
Jerome: Being a "balla" in every sense and fighting through the struggle of life and basketball when everyone counts him out and he keeps on with a smile 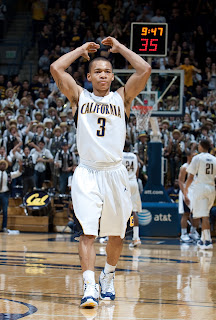 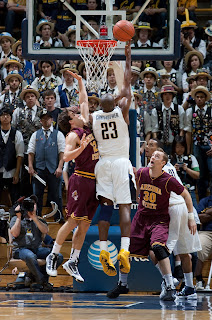 Theo: Being serious and in there. Really really solid 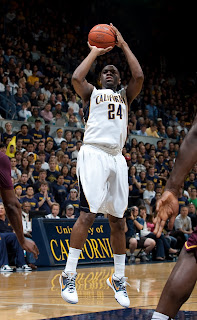 Jamal: His CRAZY faces and intensity 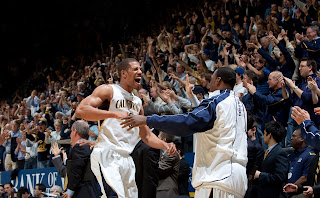 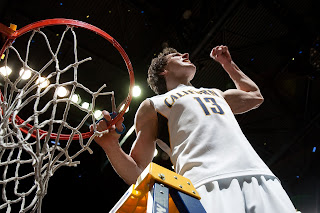 You will be missed =)

At the game, we had some famous Cal alumni. NBA player and now mayor of Sacramento Kevin Johnson 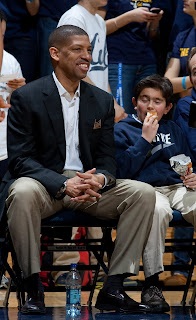 Cal's all time leading scorer Sean Lampley, and Linebacker for the New Orleans Saints Super Bowl Championship team, Scott Fujita. Great Cal players and it's awesome to have them come back and show their support! 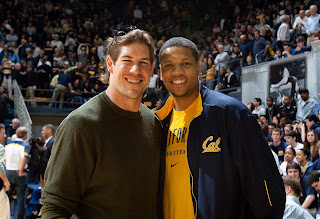 But back to what matters... the victory! Cal had it in the bag so with 1 minute left Montgomery put in Nikola so the senior could get some play time in his final home game. Then with 20 seconds left, everyone else came off the court and all the bench players who were eligible and uninjured went in. I think that was a classy move on Montgomery. Great to let everybody get a minute in the game that determines Pac-10 Championship. Also awesome to see the standing ovation for all the seniors coming off the court. Then with the win, everyone rushed the court to celebrate, confetti went flying and everyone was going crazy! 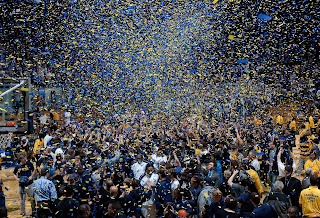 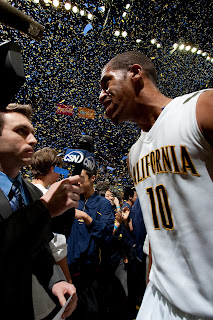 Then it was time to cut the net. Everybody got up there and got a piece of it until Montgomery took it down and tossed it to the players. 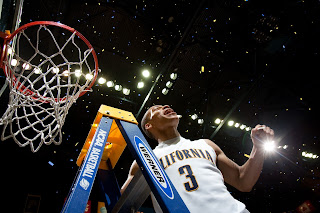 I'm in such high spirits and so excited for Cal and all the guys, they have worked hard for this and it's so great for the seniors last home game to be this big win! Go Bears!!! 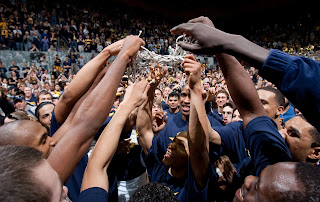