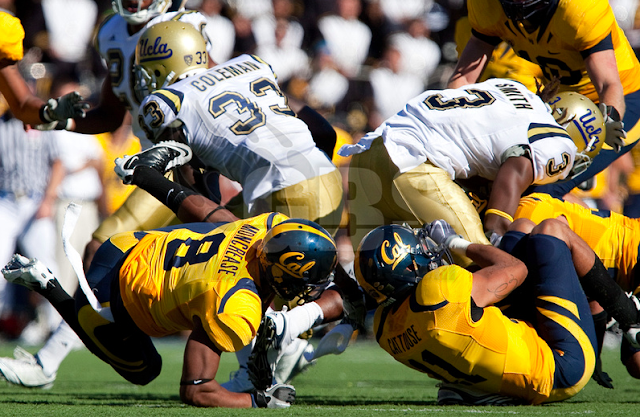 Woooo. So stayed up all night with wedding celebrations with my cousins, left the hotel at 5am for my 7am flight from Dallas. Landed at SFO at 9am, went home to change and grab my camera gear, then headed to Memorial Stadium for Cal Football vs UCLA. 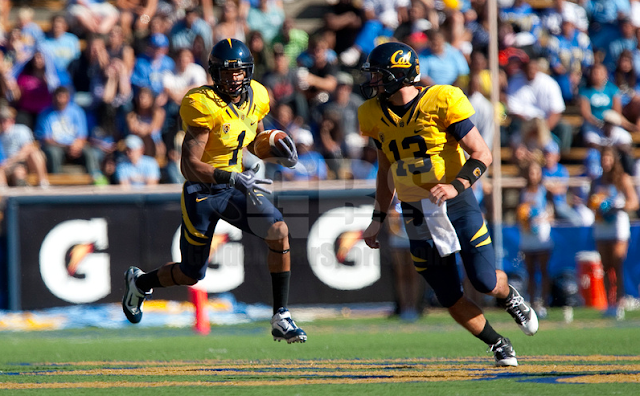 Mychael Kendricks had a crazy tackle where he picked the guy up by his knees, pushed him back a yard then dropped him on the ground MMA style. It was amazing. 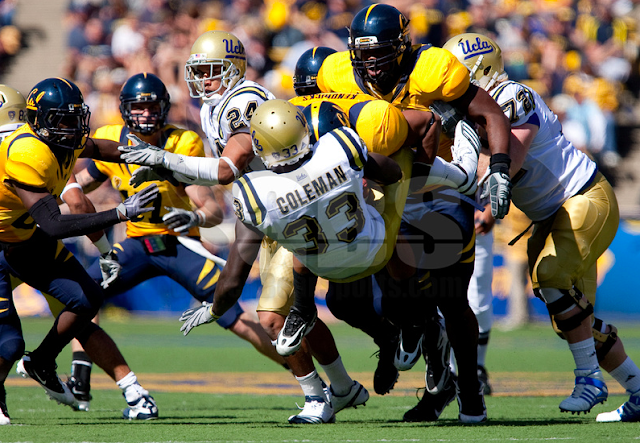 Fellow GBS photographer, Michael Pimentel got an even better shot from the side, here 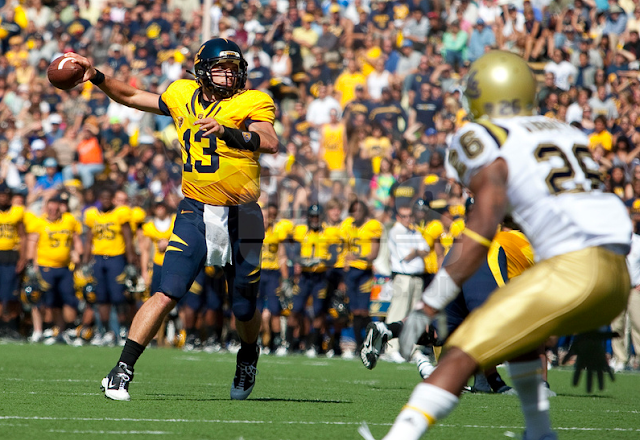 Kevin Riley had some nice passes, didn't turn the ball over, and scored! yay! 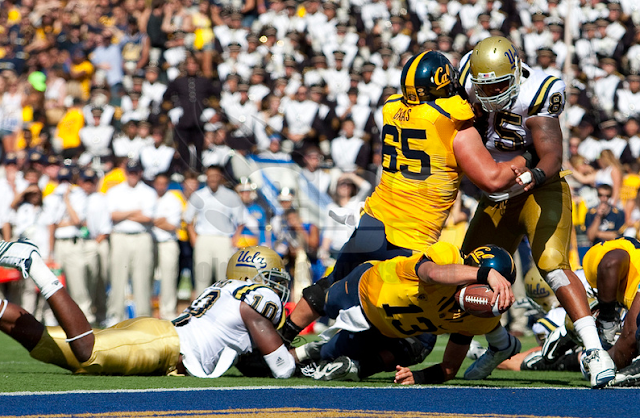 Cal represented with the card stunts. 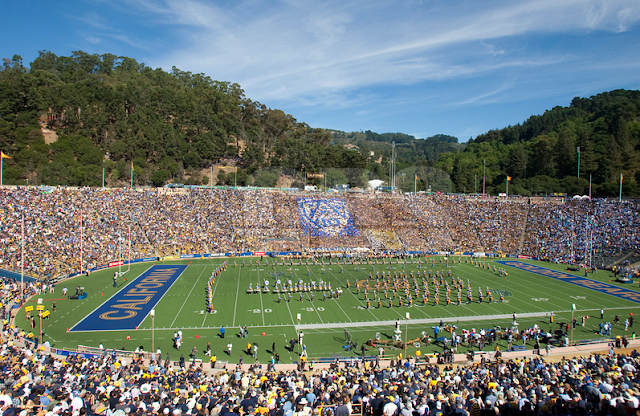 I caught the smoke ring coming from the canon. Pretty cool. 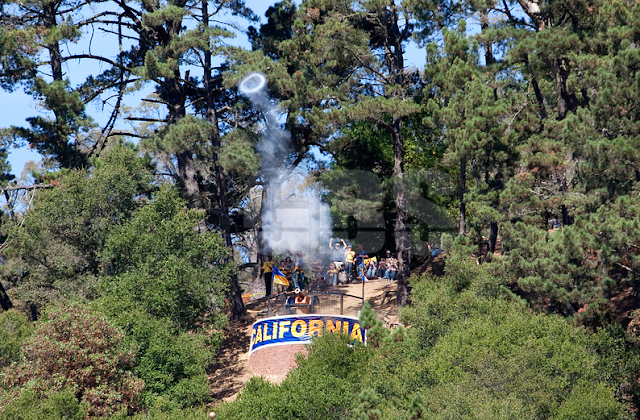 Shane Vereen had a great game. 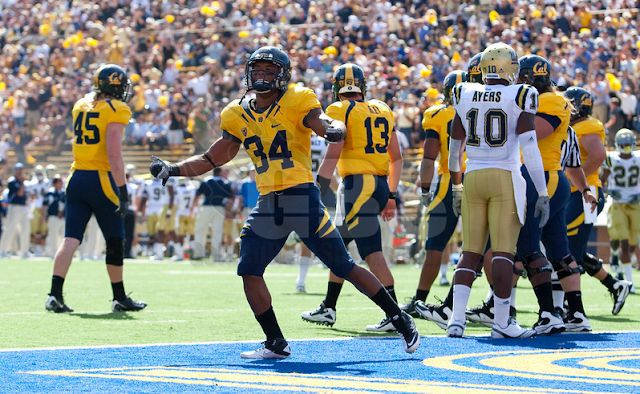 And checking out the other Cal players in this photo you can see why. They commented that Shane is such a class act they enjoy blocking for him. That's what you like to hear. 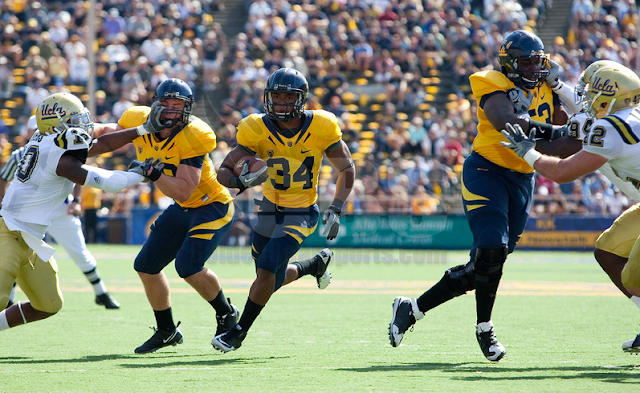 And Shane though likely pretty tired, still jumps up to reach the hands of fans as he heads to the locker room. 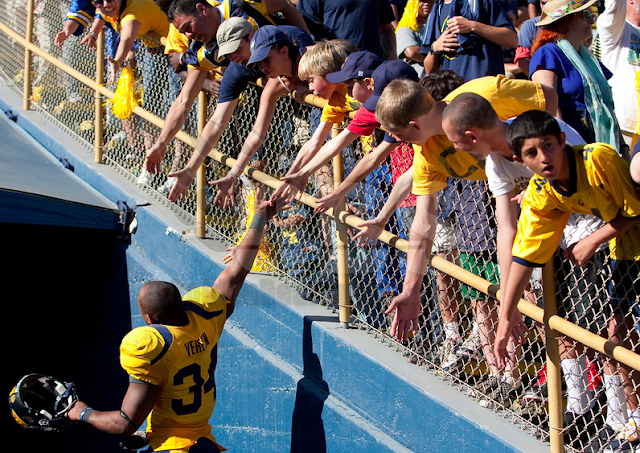 And Cal Alum DeSean Jackson showed up at the game to say hi to his old coaches and teammates. His team (Philadelphia Eagles) were playing the niners the following day. 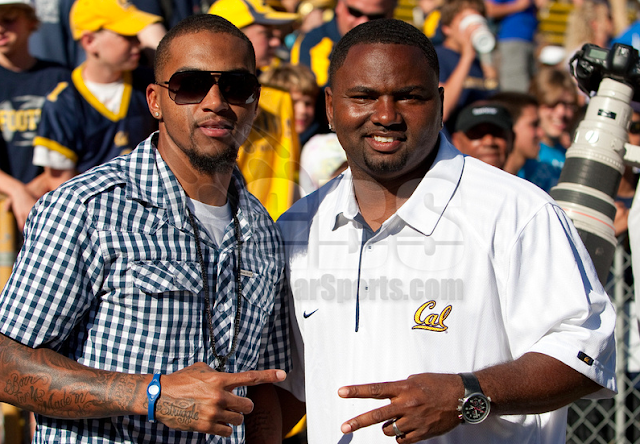 My mom was still in Texas but thankfully Kevin came to the game so my dad had a buddy to watch the game with. 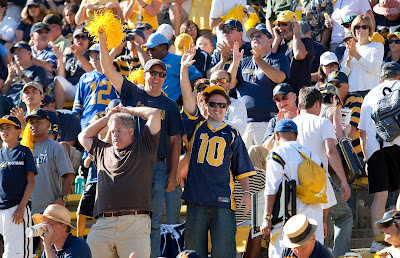 All in all, proud day to be a bear!