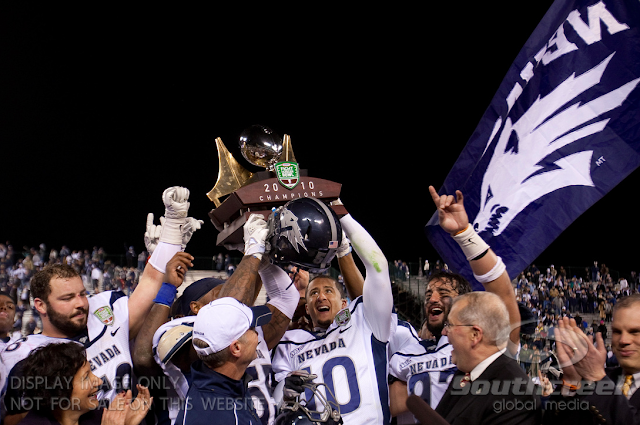 Just when I thought football season was over for me, there's the Kraft Fight Hunger Bowl. 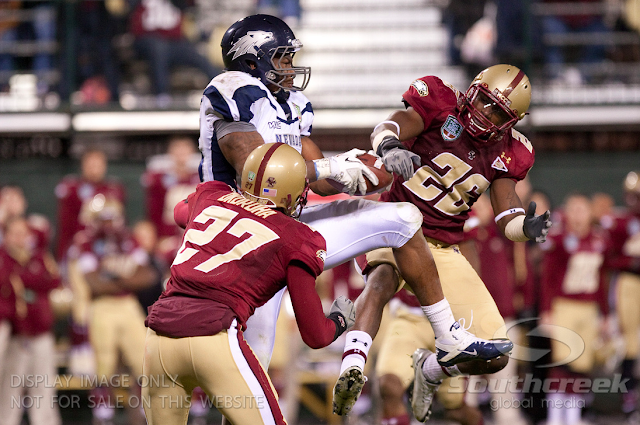 Headed over to AT&T in San Francisco (home of your World Series Champions Giants) to shoot the Kraft Fight Hunger Bowl. 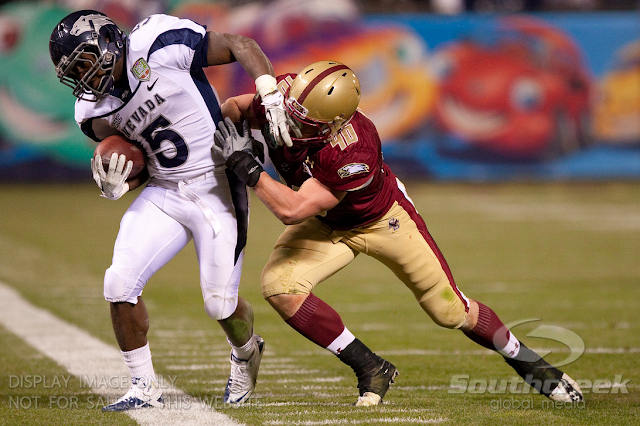 As the temporary 2011 home for Cal football, I'm still undecided whether I'm looking forward to regularly shooting football at AT&T Park... a baseball stadium. We won't go to negative town, but the positive is that is has significantly better lights. If Cal has lots of night games, I'll be happy. 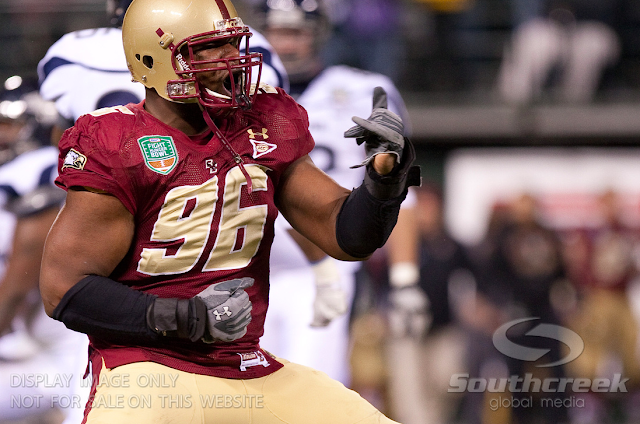 But Boston scored first and despite a slow 3rd quarter by both sides, kept it a close, and therefore, exciting game. 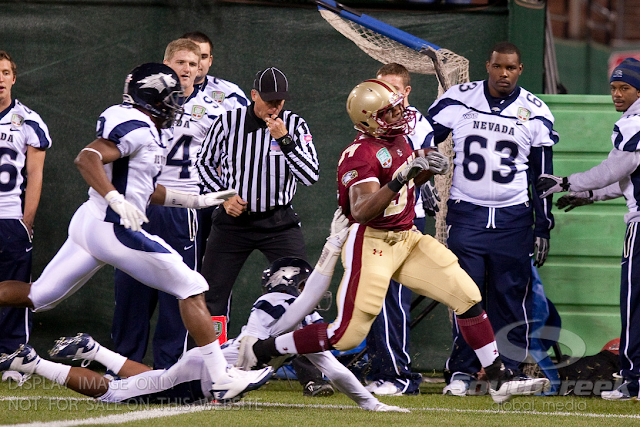 I must have had some sort of player magnet on me because three times the plays went out of bounds to precisely where I was kneeling. First time, I got a bit trampled. Second time I was quick on me feet, popped up and was able to walk aside before the players crashed out of bounds. Third time only required a lil scoot over. Apart from a bruise quickly forming, my camera and I walked away uninjured =) 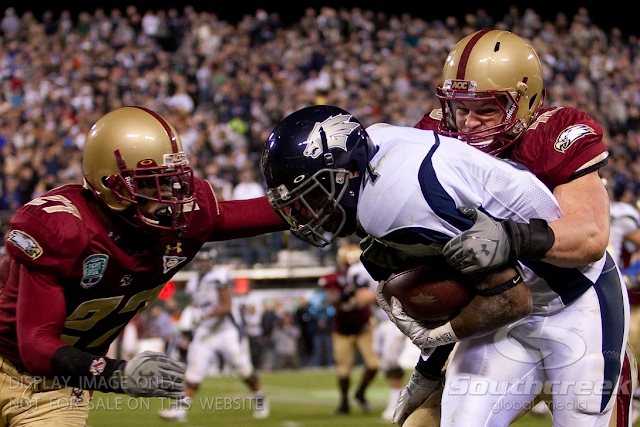 My dad did send me some lovely TV screen shots. 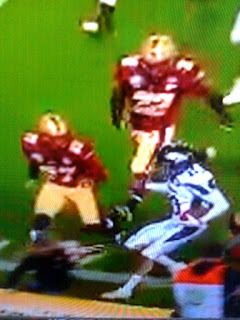 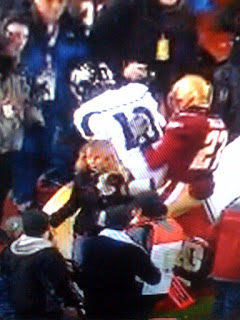 With the bizarre set up, both teams line up on the same sideline, one photographers cannot access, so for the gatorade dump, everyone had a great clear view of Chris Ault getting soaked. 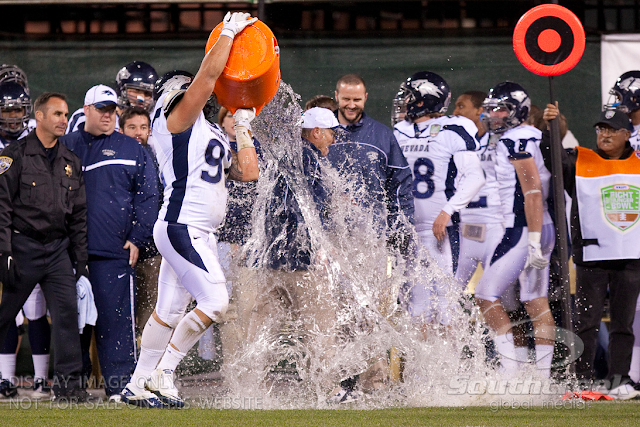 Now working for Southcreek I have to caption all my photos, which means IDing every player. For basketball rosters this is no problem, for football, it's a potential nightmare. So I finally broke down a bought a subscription for Jason O. Watson's code replacements, and what a lifesaver! I was able to load them into photo mechanic and be a lot faster and more accurate with my captioning. Hurray!! 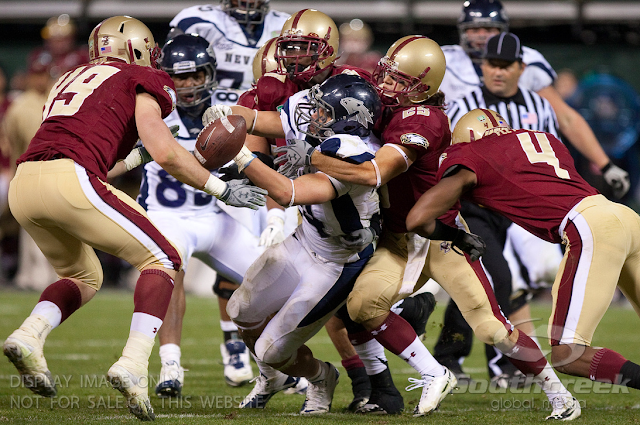 The night ends with some celebration, picking up a "Giants NLCS 2010" cup from the bleachers and getting a ride back to my car from Jose Carlos Fajardo since somehow he was able to park in the lot right next to the ballpark as opposed to the media lot 3 blocks down. And I was given a free Kraft FIght Hunger Bowl bag... ah, I love free stuff!! 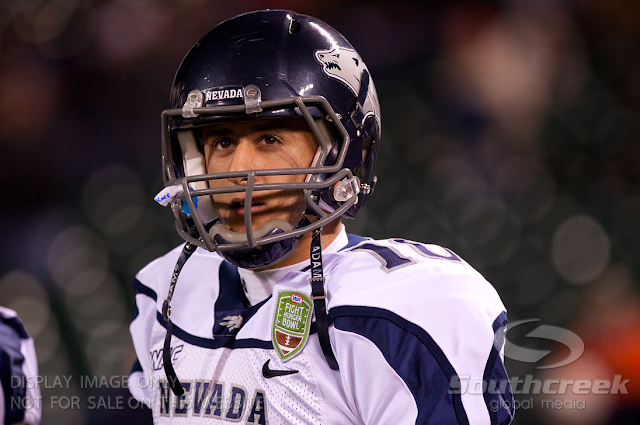